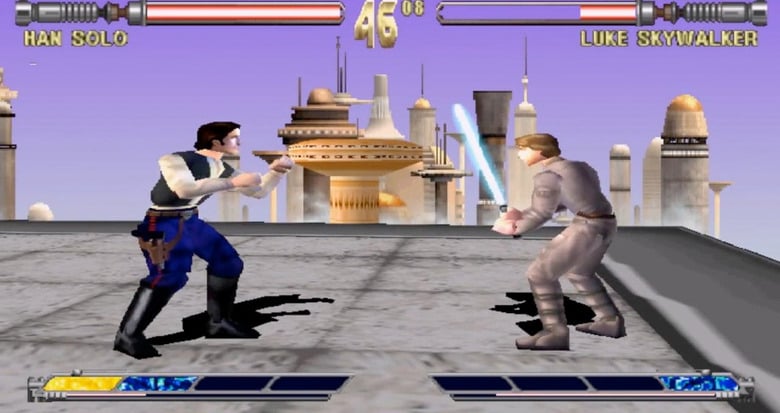 There have been many licensed Star Wars video games released over the last couple of decades, some of higher quality than others. We’ve been treated to RPGs, action-adventure games, first-person shooters, and MMOs over the years, but one genre that Star Wars has always been lacking is fighting games.

The most infamous one is Star Wars: Masters of Teräs Käsi, a PlayStation One game, released in 1997, which was widely derided for its slow and unbalanced combat, though it was recently shoved into the spotlight thanks to an easter egg in Solo: A Star Wars Story. We also had Star Wars The Clone Wars: Lightsaber Duels released on the Nintendo Wii and Nintendo DS in 2008, but that was also derided for its surprisingly limited control scheme on the Wii.

Other than these two, there haven’t been any fighting games released under the Star Wars umbrella. I think a big reason for that is that it is more difficult than it initially seems to make a good fighting game using exclusively Star Wars characters.

On the surface, it seems like a recipe for success; everyone wants to play a game where Yoda faces off against Darth Vader, and lightsabers should be suited to the close quarters combat of fighting games. Indeed, Yoda, Vader, and Starkiller’s (cameo) inclusion in 2008’s Soulcalibur IV suggests that Star Wars should suit the fighting genre very well. 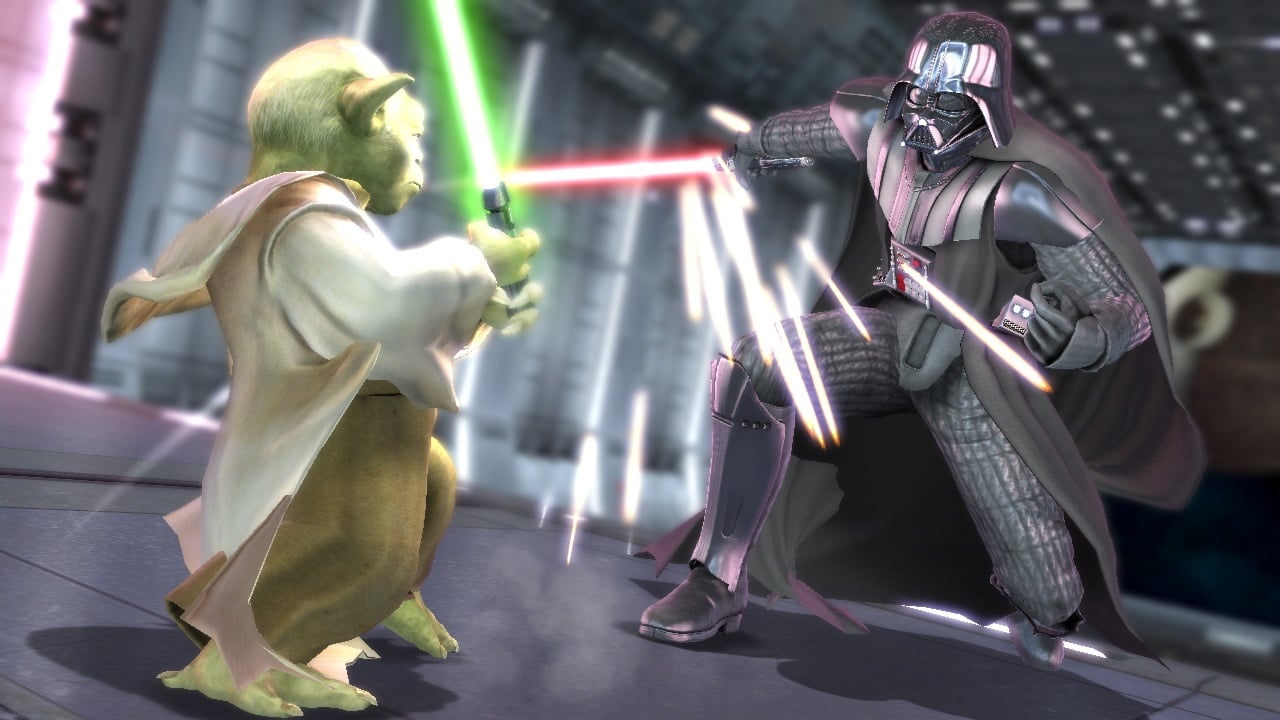 However, dig a little deeper and you start to encounter problems. The first issue is that most of the Jedi characters that would make up the roster are too similar in that they all have lightsabers and the only powers you can really give them are Force Push and Force Pull. Though the Sith characters have a slightly more diverse range of Force powers, such as Force Choke and Force Lightning, their primary weapons are still lightsabers.

This is presumably fixable by giving each character their own fighting style. This should be easy enough for the Sith — Darth Maul’s double-bladed lightsaber should lend itself to a variety of unique attacks, as should Asajj Ventress’ dual lightsabers and General Grievous’ ability to wield four simultaneously (that windmilling saber technique from Revenge of the Sith springs to mind).

Darth Vader would have a slower, more purposeful style, while Count Dooku’s reputation as a master swordsman should mean he is more agile. Darth Sidious could be the most formidable of the lot if they based him on his Revenge of the Sith incarnation. And I’m not sure how you make Kylo Ren interesting from a gameplay perspective. 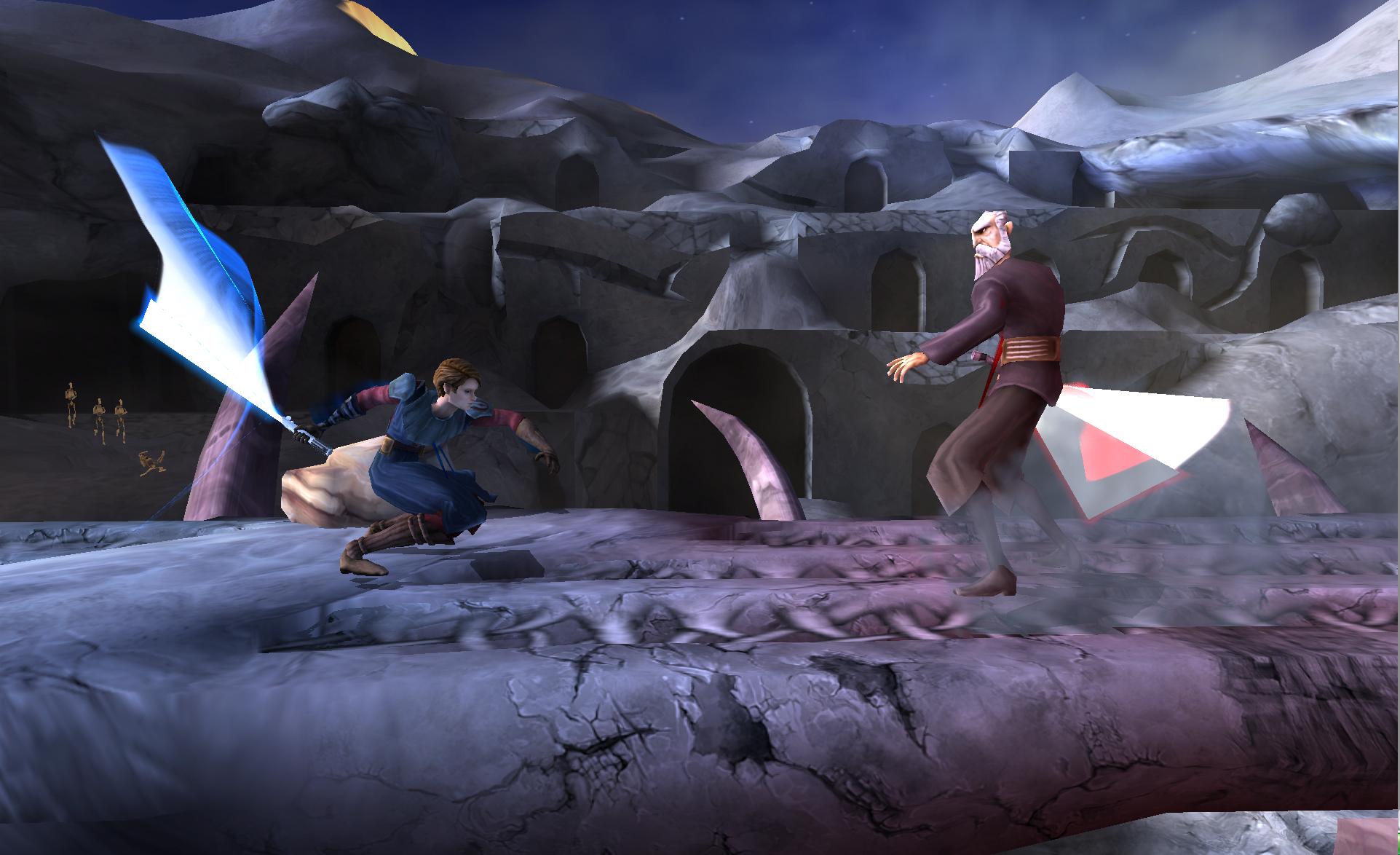 Still, this solution is a bit tougher where the Jedi are concerned, as most have just a single blade and blander abilities in comparison to their dark side counterparts. Yoda is pretty unique due to his height and agile fighting style, and other Jedi less well-known to casual audiences have abilities that set them apart; Mace Windu could use his shatterpoint ability to grant him a temporary damage buff, while Ezra Bridger could use his lightsaber to fire blaster bolts, and Cal Kestis’ Force Slow power could rival Force Choke and Force Lightning. Ahsoka can also wield dual sabers, though you’d have to figure out how to make her play differently to Asajj Ventress.

However, these are all less popular characters when compared to the likes of Anakin, Luke, Obi-Wan, and Rey. How do you create tangible differences in fighting style for the franchise’s four biggest heroes, considering they’re not known for anything other than their skill with a lightsaber? For a Star Wars fighting game to work, it is key that those main characters all feel different from one another, instead of being reskins of each other.

One solution could be to use lightsaber forms — Soresu, Vaapad, etcetera — to open up Jedi to different fighting styles and combos depending on which form the player is using, but that still doesn’t solve the issue of a roster filled with characters with the same abilities and play style, as all Jedi would presumably need to have access to the same lightsaber forms, and so would the Sith. You get the sense it would be simpler for developers to simply work on a unique fighting style for each character, however challenging that may be. 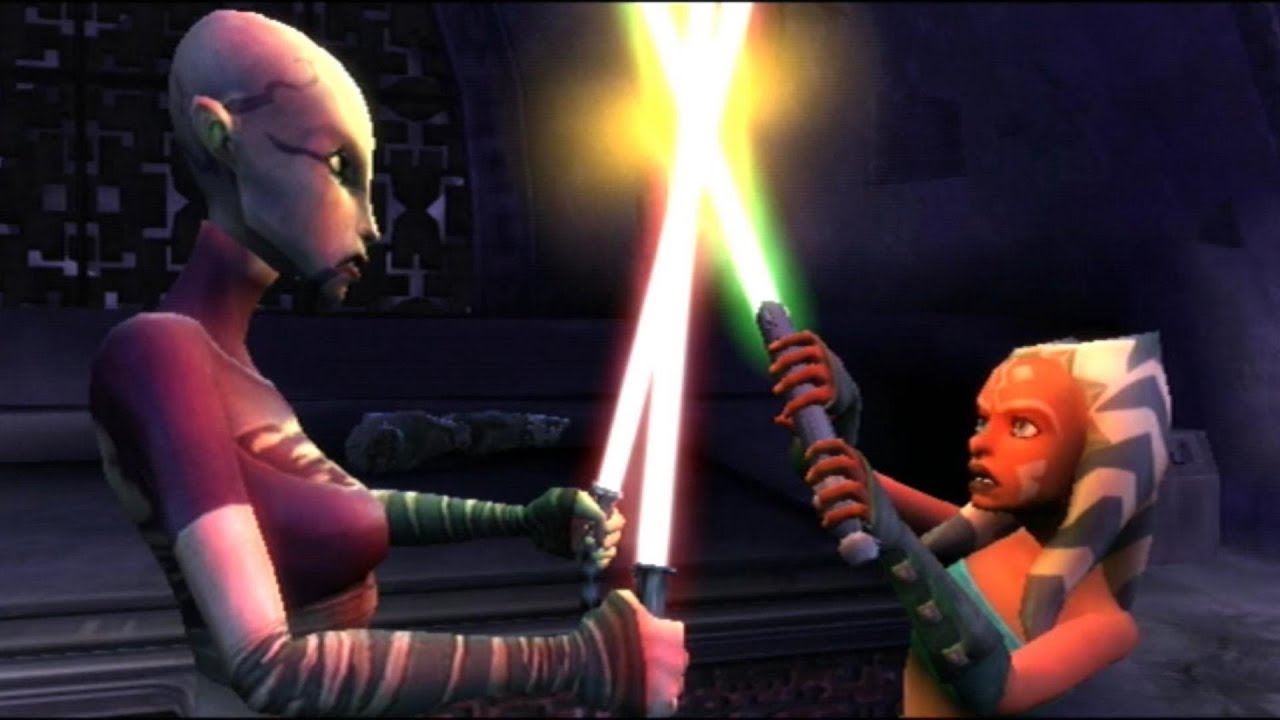 You would also need to make sure that the Force powers aren’t too overpowered. Cooldown periods would be vital here; Force Push seems innocuous at first, until players spam the attack to do a near constant amount of damage while keeping opponents out of striking distance; another solution would be to allow players to jump out of the way of such an attack. Force Pull seems harmless until players are allowed to use it over and over again to pull players into striking range, where they are potentially most vulnerable. Force Choke and Force Lightning could very well break the game unless there is both a time limit on how long they can be used and a cooldown period preventing players from using them non-stop. Putting time limits on these powers and cooldown periods between them would certainly help then; perhaps even having a Force bar that you can charge up would help too, making players earn their Force powers before they can use them.

The final issue to solve is how you incorporate non-Force users. The fact that none of these characters use lightsabers means their play styles will be very different to Jedi, but it raises questions about how they would actually work. On one hand, Boba Fett seems like the perfect fighting game character — you’d imagine he’d be a competent hand-to-hand fighter, and his blaster rifle would let him do ranged damage while his jetpack would enable him to hover in the air; his flamethrower ability could work similarly to Force Lightning; his cable could trap players for a few seconds while they’re forced to button tap to break free; and his rocket missile could do lots of damage — but none of the other characters have an arsenal of weaponry as varied as his. 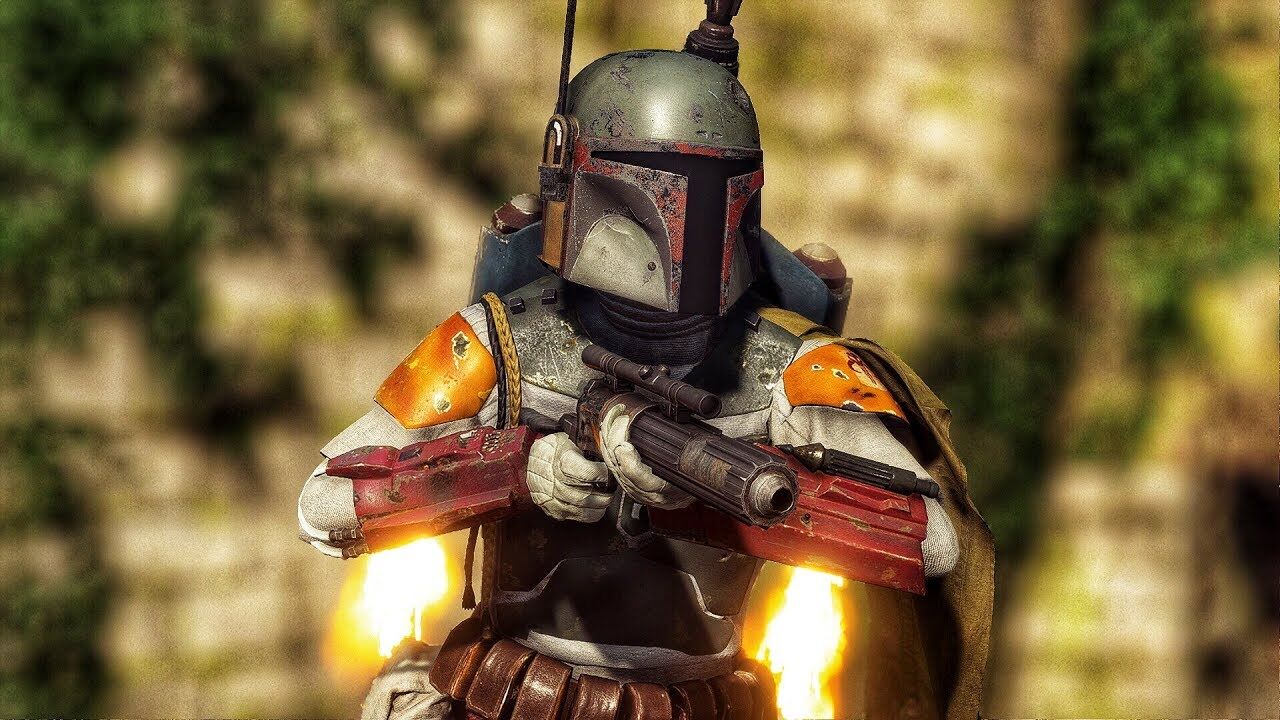 Chewbacca could be a unique character — he’d be good at close quarters combat, if not a little slow due to his large size, and his bowcaster can be used for regular blaster bolts and a charged shot for ranged damage. It might seem weird using Han Solo in close quarters combat however, seeing as he’s most proficient with a blaster pistol and not much else. Making him a master of close quarters combat might look strange, as that’s not the impression you get from him in the movies.

And if Han doesn’t work, what about the likes of Leia, Lando, Finn, or Poe? All of them are proficient with blasters, but other than that, there’s not much else to separate them. Perhaps you could put Leia in her Boushh suit and let her use thermal detonators as an additional weapon, but these characters all have too similar weapons and abilities, so it would be tough to create different fighting styles that remained true to their movie portrayals. Like the Jedi, a lot of thought would have to be given as to how each character would play.

Balancing the characters is key too. I spoke earlier about imposing certain limits on Jedi and Sith Force powers, but it’s also important to give the non-Force users equally dangerous abilities to counter the likes of Force Choke and Force Lightning. Otherwise, no one will pick the likes of Han and Leia, and everyone will go for Darth Vader or Count Dooku instead.

It is a delicate balance to be struck, and there are other questions that need to be answered (can lightsaber wielders block blaster bolts, and is that fair to characters whose main weapons are blasters?), but it seems the key to making a good Star Wars fighting game is a diverse roster, as well as making sure that any particular character is not too overpowered. Of course, it also needs to be tight and responsive to avoid the sluggish criticisms of Teräs Käsi, but these are the key components to any successful fighting game, and need to be figured out first.

I don’t envy the developer that takes on that challenge. 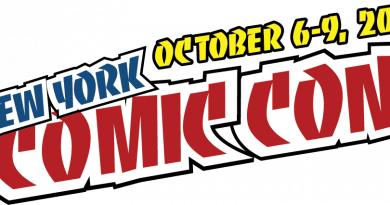 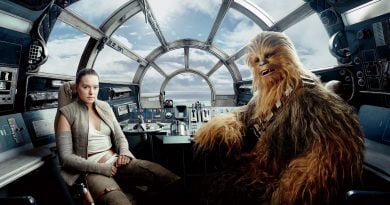 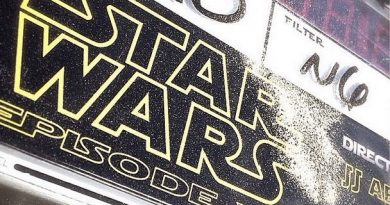