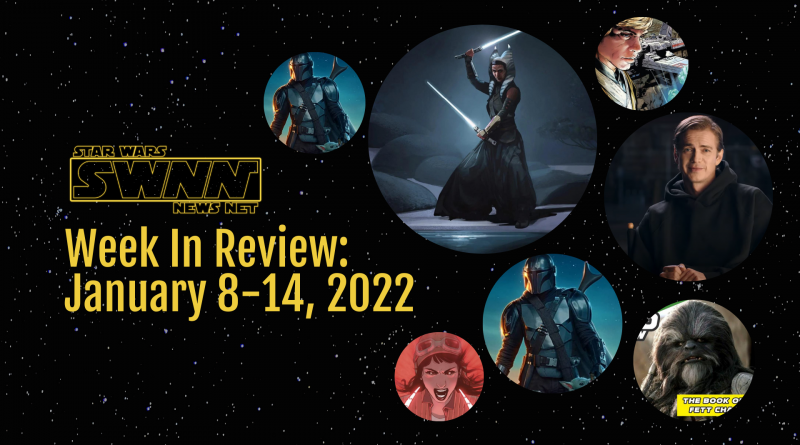 We hope you’re enjoying your weekend! Each week delivers new rumors, announcements, and news, and we want to make sure you’re caught up on all your Star Wars news and info.

From confirmation that The Mandalorian Season 3 is still filming, to new rumors about a Jedi: Fallen Order sequel, to the possibility of Daniel Logan appearing in The Book Of Boba Fett, don’t miss what happened this week.

Check out our recap guide below, which features stories from January 8-14, and click each story to explore more! 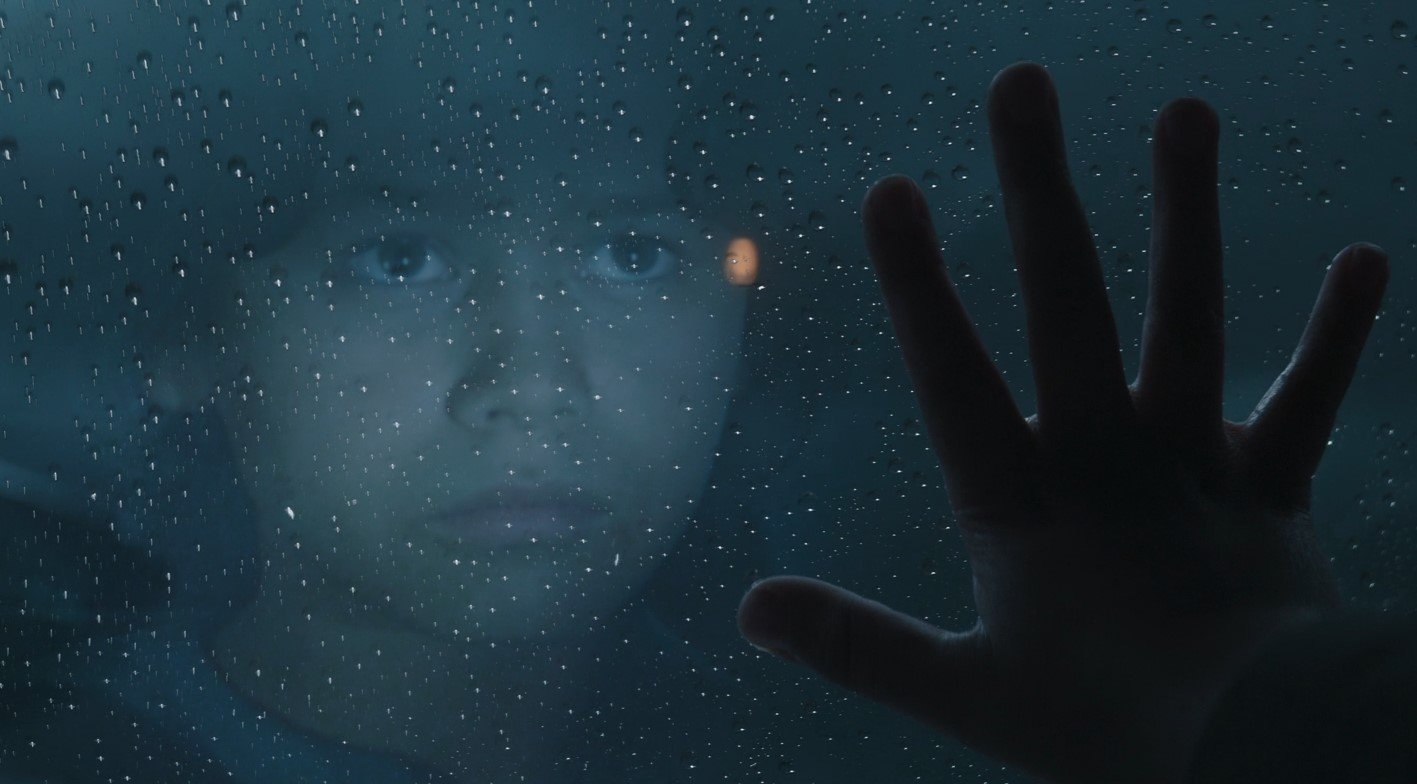 Jan. 13 – Daniel Logan Could Be Hinting at Larger Role in ‘The Book of Boba Fett’ Flashbacks

Daniel Logan is causing speculation to spread like wildfire with recent comments after the latest episode of The Book of Boba Fett. Could he appear in a flashback sequence? Read our report!

Chapter 3 of The Book of Boba Fett finally moves the focus away from flashbacks, though fans might still be left wanting more from the present-day storyline. Now that we know the story of how Boba Fett survived the Sarlacc Pit and ended up with the Tuskens, the show seems ready to show us a lot more of what Boba will get up to in his early days as a crime lord. Read our full review!

Jan. 12 – Despite Recent Rumors ‘The Mandalorian’ Season 3 is Currently Filming as Planned

Despite recent rumors to the contrary, production has not stopped on season three of The Mandalorian due to COVID concerns. Read our report for the update!

The new Star Wars series, The Book of Boba Fett, is experiencing less audience demand (so far) than the first two chapters of the first season of The Mandalorian, the show that opened the door for Star Wars live-action television and was headlined by an unknown character. Read more!

First mentioned in a story by The New York Times, we’ve known for a couple of weeks that Dave Filoni will be credited as a writer in The Book of Boba Fett, we just didn’t know in which episode. Now, a new story by The Direct points out that it’ll be “Chapter 6,” which comes out on February 2nd — the penultimate episode of the season. Read our report!

Lucasfilm has released three new character posters, highlighting the biggest moments from Chapter 2 of The Book of Boba Fett. In what has become a weekly tradition, the company debuted “posters” on social media for Black Krssantan, the Hutt twins, and two of the Tusken raiders. In addition, they have also released four concept art images from Chapter 2. See all of these pictures in our report! 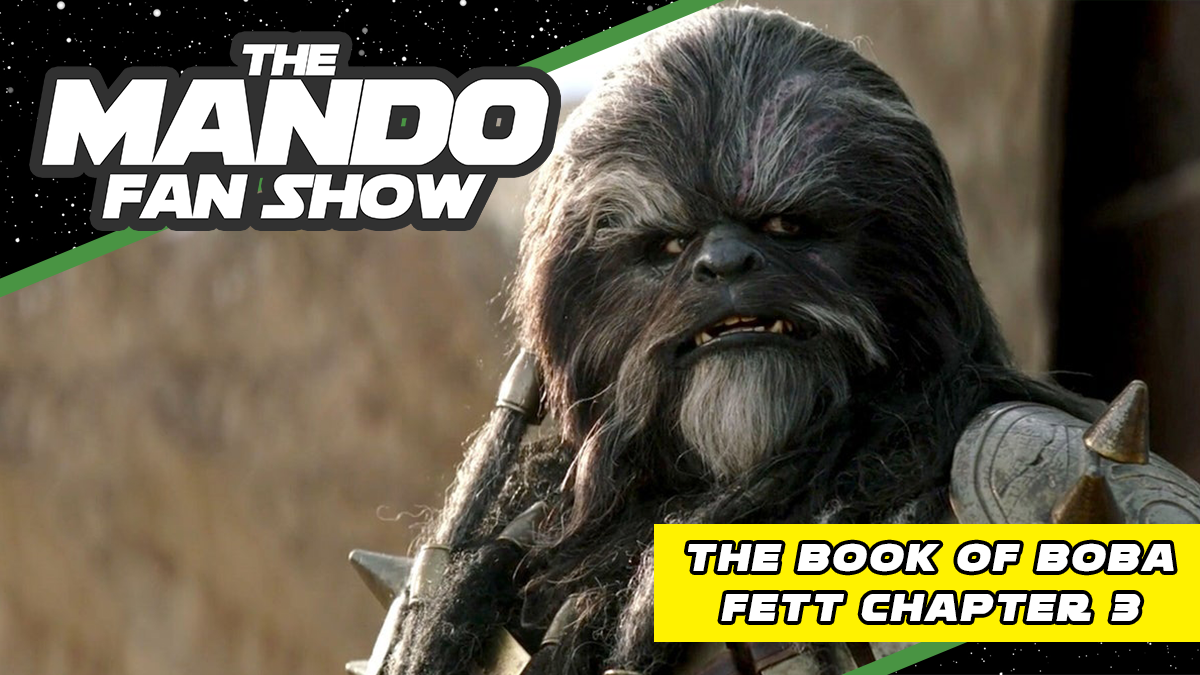 This episode covers Chapter 3 of The Book of Boba Fett “The Streets of Mos Espa”. We rate the chapter using Temuera Morrison Faces on a scale from 0 to 10 “Tems”, point out Easter eggs and references, have an open discussion about the episode, and speculate on what will happen next week! We also give you the third number in the “Mando Code” giveaway contest! Watch now.

Jan. 10 – The Resistance Broadcast – Will ‘The Book of Boba Fett’ Finale Have a Post-Credits Scene?

Jan. 14 – New Images From ‘The Art of The Mandalorian (Season 2)’ and More From ‘This Week in Star Wars’

“This Week in Star Wars” returned to the Star Wars YouTube Channel after a holiday break, and the episode showcased some gorgeous new images from The Art of The Mandalorian (Season 2), a highly anticipated upcoming release.

LEGO Star Wars: Castaways, exclusively available on Apple Arcade (for now), launched back in November, but that doesn’t mean promotion for the game is ending anytime soon. A new gameplay trailer has arrived to showcase a number of brand-new activities and features coming to the game, which is already a surprisingly varied offering of blocky Star Wars fun. Check it out.

Jan. 14 – Review: The Origin of Marchion Ro Begins in Marvel’s Eye of the Storm #1

Who doesn’t love a Star Wars story by Charles Soule? In Eye of The Storm Soule delivers the first issue into the history of the villain he first brought to life in his bestselling novel Light of the Jedi: the Eye of the Storm himself, Marchion Ro. Learn more in our feature review.

Writer Charles Soule is a trailblazer in many regards concerning the exploration of the Force. His work in Darth Vader took the dueling souls of Vader and Anakin into a plane of the dark side we’ve never seen. He introduced new ways of Jedi collaborating in the Force in Light of the Jedi, opening the door to The High Republic. Here, in the 20th issue of Marvel’s titular Star Wars series, Soule takes us to what might be the most unique and interesting Force vergences we’ve seen yet. Read our review!

Some new updates on Star Wars games have come from a reliable rumor outlet, talking about new details for the sequel to Jedi: Fallen Order and the release plans for LEGO Star Wars: The Skywalker Saga and Knights of the Old Republic remake.

As Crimson Dawn tightens its grip, we continue to learn many of their actors are unwitting. Domina Tagge intends to keep her family’s interests steady and away from any plans Qi’ra has — dispatching Aphra and Sana to learn more about an ancient Force-powered weapon, while she deals with the return of a nephew she believed dead. Like all powerful Force artifacts, there is never only one interested party. We learn of a new front Qi’ra may be gathering her agents to fight on, unconcerned with the light or dark side of the Force, only its power. Read our new review!

Jan. 9 – Review: Stakes are Taken to the Next Level in ‘The High Republic: Mission to Disaster’

Justina Ireland’s Mission to Disaster series is a staggering conclusion and a great entry point to the final wave of phase 1 of the High Republic. Despite a few missed opportunities, Ireland takes the pair and ups the ante in a wild, high-stakes ride that lives up to its billing.

Jan. 9 – Review – Battered and Burned in ‘The Fallen Star’ by Claudia Gray

The High Republic debuted last year, bringing us into a galaxy filled with hope while mired by disaster. As the stories progressed, disaster seemed to eclipse hope until the galaxy found itself steeped in fear. Across novels and comic books, we watched the Jedi struggle against forces determined to spread chaos and convolute the Republic’s outreach to the Outer Rim. Read our review of the new novel in this era! 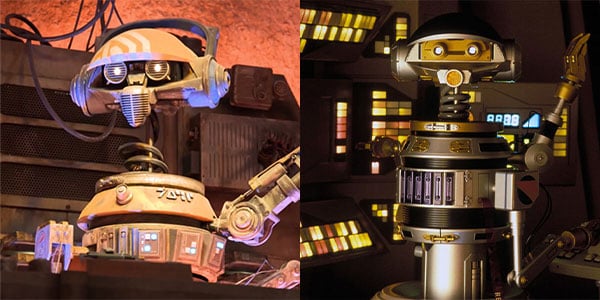 Jan. 14 – Editorial: I, Droid – Exploring Practicality & the Real World Counterparts to the Droids of Star Wars

Join us and take a look at some of the most iconic droids this side of the Outer Rim to explore the practicality of their designs and their robotic equivalents in our own galaxy—the human form may have its limitations, but for these droids, unique designs will always be needed and appreciated.

To truly be A Force For News, Star Wars News Net consists of an entire team of dedicated writers, content-creators, and podcasters to bring readers quality, curated, and effective news, stories, perspectives, and more. Meet the team involved with the site, the podcast and the forum to learn more about them and get ready for a wizard 2022!

Jan. 14 – George Lucas and Kathleen Kennedy to Be Honored With the 2022 PGA Milestone Award

Star Wars creator George Lucas and Lucasfilm President Kathleen Kennedy will receive the 2022 Producers Guild of America Milestone Award during the 33rd edition of the PGA Awards, the guild has announced. Read the report!

The D23 Expo is happening in 2022, with details announced today on the schedule and tickets for the event. The D23 Expo 2022, presented by Visa, will be held at the Anaheim Convention Center from September 9th through the 11th, 2022, and as usual with this fan event, will focus on Disney’s core brands like Star Wars, Marvel, and Pixar.

FIRST (For Inspiration and Recognition of Science and Technology), Disney, and Lucasfilm have announced a new initiative named “Build the Future,” powered by Star Wars: Force for Change. In the video, Hayden Christensen, Kelly Marie Tran, and Ming-Na Wen encourage everyone to submit their stories about how their teams are helping build a better and more inclusive world through the use of Science, Technology, Engineering, and Math (STEM). Watch now! 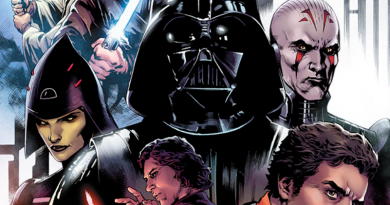 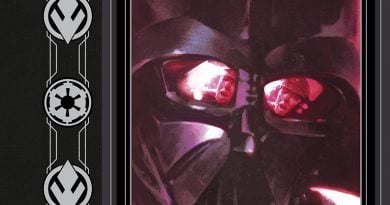 Review – Into the Shadow of A Galaxy Far, Far Away in George Mann’s Dark Legends 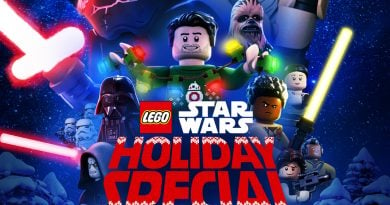