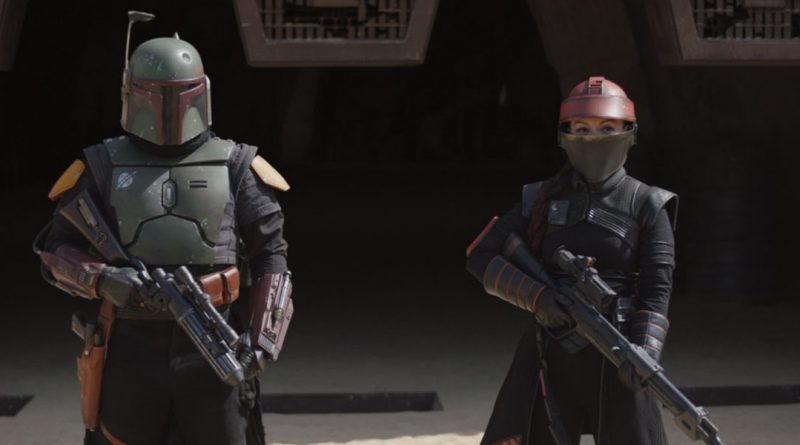 Chapter 3 of The Book of Boba Fett finally moves the focus away from flashbacks, though fans might still be left wanting more from the present-day storyline.

Now that we know the story of how Boba Fett survived the Sarlacc Pit and ended up with the Tuskens, the show seems ready to show us a lot more of what Boba will get up to in his early days as a crime lord. Unfortunately, some of the new characters introduced in Chapter 3 didn’t really land as well as Jon Favreau and director Robert Rodriguez probably hoped they would, and the antagonists introduced in last week’s episode don’t seem to be the threats they first appeared to be.

Thankfully, the episode isn’t slow-paced, but it lacks the tantalizing reveals we got in Chapter 2, plus the action scenes are mostly disappointing, especially considering that was supposed to be one of the biggest benefits of having Robert Rodriguez on board as director. Overall, Chapter 3 feels like a set-up for bigger moments down the line. It’s a decent episode, and the story ticks along well enough, but it might be wise to lower your expectations going into this one.

Let’s start with the flashback, considering so little of it takes up the episode’s runtime this week. Boba leaves the camp to do business with the Pykes in Mos Eisley and learns the Tuskens are competing with a swoop gang for control of their territory. I like that we saw these stormtrooper helmets getting mounted on spikes, seeing as this image was featured so prominently in the trailers for The Mandalorian season 1. It provided a small hit of nostalgia for when we were getting excited for another series about a mysterious man wearing Mandalorian armor.

I assumed the Tuskens would be around for a lot longer given their big win last week, but instead they were massacred off-screen by the gang in Boba’s absence. I’m interested to see where the flashbacks go from here. It’s difficult to see how they will demand more screentime going forward, if all they’ll do is show Boba fighting a minor swoop gang to avenge the Tuskens. Presumably, there is something bigger to come in that plotline, otherwise it will start to feel unnecessary the longer it continues throughout the season.

In the present day, Boba is visited by a water-monger played by acclaimed character actor Stephen Root (Dodgeball, Boardwalk Empire) complaining that a local street gang is stealing his water, pointing out he never had such problems under either Jabba or Bib Fortuna’s rule. It’s clear that this is the sort of ground-level issue that Boba needs to deal with to get the respect of the locals, and it’s this complaint that leads to the introduction of the gang of thieves, fronted by Sophie Thatcher (Yellowjackets) and Jordan Bolger (Peaky Blinders, The 100). Both are exciting new actors, and I can’t fault either of their performances, but unfortunately the gang didn’t really work for me.

Their 80s punk aesthetic felt jarring, and their body modifications with droid parts looked more like something out of cyberpunk than it did Star Wars. Of course, body modification already exists in the Star Wars universe (mainly in the comics and video games), but it felt out of place here. Perhaps in a setting like Coruscant or Nar Shaddaa, their look would have been a better fit, but it felt way too edgy for a group of kids who grew up on Tatooine. Truth be told, they reminded me a bit too much of those awful teenagers from that one episode of Stranger Things season 2.

Hopefully they grow on me, as Boba ended up hiring and inducting them into his crime family. I like that development in theory, as there are plenty of stories about wise mob bosses rescuing poor, disaffected young people and instilling purpose and loyalty in them, and I would be interested in such an arc here. But so far, I’ve seen very little of these characters to actually make me like them.

It did help that they made themselves useful in the fight against Black Krrsantan, who almost certainly would have killed Boba without the assistance of them and the Gamorreans. I was stoked to see Black Krrsantan make his live-action debut last week, but I didn’t think we’d see him in action so soon. I loved that he was able to sneak into Boba Fett’s Palace (I guess that’s what we’re calling it now?) and rip Boba from his bacta tank, and that electric knuckle-duster was badass. Unfortunately, my excitement was tempered by his inability to deal with a gang of teens and two Gamorreans.

If Fennec Shand had fought him off, then I’d understand, given that they are both two highly skilled bounty hunters, but the others shouldn’t really hold a candle to him. I think we’re supposed to believe that he was only defeated because he was so outnumbered (it’s important to remember that Boba got in a few licks of his own too), but the character we know from the comics should definitely have come out on top here.

This is the problem with using a beloved character from Star Wars lore instead of creating a brand-new one: you risk tarnishing their reputation if they are defeated each time they appear, something Dave Filoni admitted had worried him when using Darth Vader in Star Wars Rebels.

The Hutt twins are then swiftly dealt with as antagonists in this series, as the following morning they apologize for trying to assassinate Boba, gifting him a pet rancor (accompanied by a rancor trainer played by Danny Trejo of all people), while also letting him keep Black Krrsantan to do with as he wishes. Boba immediately lets him go, though hopefully this won’t be his final appearance in the show.

The scene with Boba, Trejo’s rancor trainer, and the rancor contains a cool easter egg for fans, as Trejo mentions that witches of Dathomir used to ride rancors. I don’t think that ever happened in The Clone Wars, but it certainly did in the Expanded Universe Legends novels that first created the Nightsisters; it was a nice nod to that. Boba’s intention to ride his new rancor also hints at our exclusive report back in October (though please don’t read if you don’t want to be spoiled for future episodes).

It was surprising to see the Hutts bow out so soon, given we’d been led to believe in Chapter 2 that these Hutts would be the main antagonists for most of the series. To see them bow out one episode later is surprising, though it comes with the reveal that a larger crime syndicate has laid claim to the territory.

Unsurprisingly, given their appearance in two separate flashback sequences, the mystery syndicate is the Pykes. I always love seeing more of the Pyke Syndicate, so I’m happy enough with that, though I imagine some fans would rather have seen more of the Hutts instead. At the very least, this makes the conflict personal for Boba, given his dealings with them around the time his Tusken friends were massacred. Admittedly, the reveal isn’t nearly as exciting as the Hutt twins’ arrival the previous week.

The episode strings this reveal out for a bit longer too, as Boba heads to the Mos Espa Mayor’s office to find out the identity of this syndicate. We then discover that the Mayor left his office some time ago, leading to a surprisingly boring speeder chase sequence as the street gang pursues the Mayor’s majordomo through the streets of Mos Espa. Seriously, this was the slowest speeder sequence we’ve ever seen in Star Wars.

It was as if the majordomo was deliberately slowing down so that the kids’ crappy bikes could keep up with him. I get that the streets of Mos Espa are tight and crowded, but come on. Considering that Star Wars has a very good record when it comes to speeder chases (think Return of the Jedi, Attack of the Clones, and Solo), this sequence was a massive disappointment.

I’m optimistic that the action will get better from here on out, and I’m looking forward to seeing Boba go up against the Pyke Syndicate (they may hire Black Krrsantan so we can get a rematch to do the character justice), but Chapter 3 will not be one of The Book of Boba Fett‘s more memorable episodes. It had some good story beats, but was ultimately let down by some unlikeable new characters and subpar action.

Make sure to also check out the “Mando minute,” Lacey Gilleran’s 1-minute immediate reaction to Chapter 3 below, and join The Resistance Broadcast tonight LIVE at 9pm ET on The Mando Fan Show on the SWNN YouTube channel, where the TRB crew will delve deep into this episode with guests Alex and Mollie Damon from Star Wars Explained and you in the live chat! 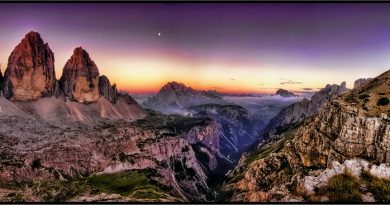 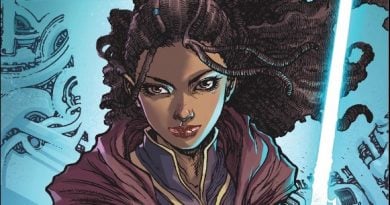 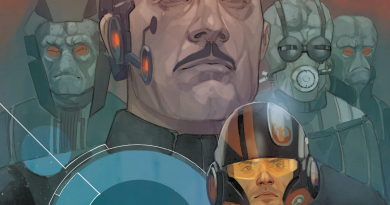