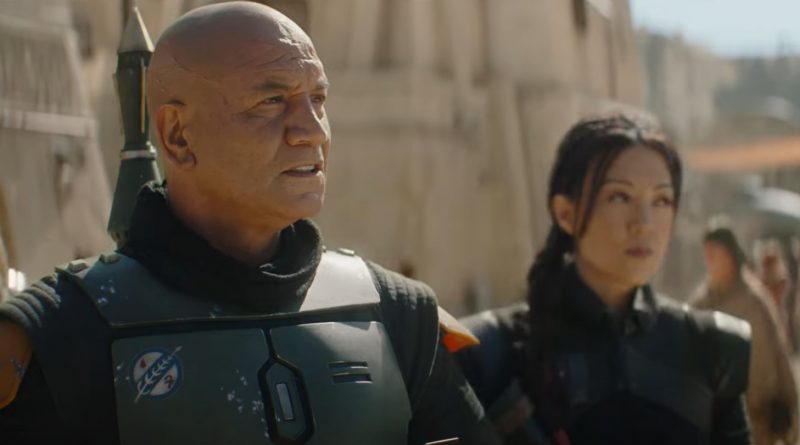 The Book of Boba Fett is here with Chapter 1: “Stranger in a Strange Land”, written by Jon Favreau and directed by Robert Rodriguez. I am going to give my general thoughts at first, followed by my full detailed spoiler review below. Though I imagine if you are reading this, you have already seen the episode.

Temuera Morrison has come full circle in his Star Wars journey, first playing Jango Fett, and now his unaltered clone and son, Boba. The actor had previously revealed the show would present us with flashbacks, and this first chapter spent most of its time doing just that. If this series is the “book” of Boba Fett, chapter 1 is its prologue, catching us up on how Boba Fett got to where we were first re-introduced to him in Chapter 9 of The Mandalorian.

I enjoyed the episode a lot, it is beautifully shot, and Rodriguez and team definitely captured the feel and essence of Tatooine, perhaps even more-so than some of the Tatooine scenes from The Mandalorian. I always go into any new show or movie, regardless of how hyped they are, with an open mind and tempered expectations, which served me well here. We are through one chapter of seven, and this first chapter’s purpose was to really bridge the gap between Boba’s near-demise in Return of the Jedi and “present” day. Because of that I can’t say it was the most thrilling Star Wars we’ve seen, but it served its purpose very well in my opinion. When the end credits popped up I was like a sarlacc, hungry for more, but understanding I’ll have to slowly digest this story.

Now let’s get into the details of the episode and my overall thoughts on Chapter 1 and speculation on what might be coming.

The first thing I want to address is the man himself, Boba Fett. This is a different Boba Fett than fans are used to. The heavily re-used line from the marketing campaign about “ruling with respect” appears to hold water, at least through the first chapter of the show, though I am holding out hope that Fett is playing possum and lulling those he rules to sleep to test loyalties.

There is no dialogue until around the seven minute mark, a bit after the opening title credits. Fans speculated for a long time whether we would see how Fett escaped the sarlacc, and now we have our answer. I quite enjoyed this opening to the episode because not only did we see how Fett escaped, which fans of the character will be pleased to know he did it alone under his own will, but that they didn’t spend too much time on it. Quite often dramatic television series stretch out story points to cover screen time that are often told much more quickly in feature films. Favreau and Rodriguez handled Boba’s escape from the pit perfectly, giving us everything we needed to see and absorb within the first few minutes of the series. Oh and if you have claustrophobia, include that as another reason not to fall into the belly of a sarlacc, it is gross, and it is tight in there.

One ongoing element of this episode I believe will be a major factor throughout the series is Boba Fett’s physical limitations. The sarlacc did significant damage to him and he can not go very long without needing rehabilitation within his tank, which also serves as the story’s vehicle to the past. By the end of the episode, Fett can barely stand and needs to get back into the tank, which leads me to believe he will need this throughout the series and his limitations will serve as a considerable factor in the story. His time in the tank also serves as the trigger to these flashbacks, and since it appears he will be needing that tank for the long haul, I believe we have many more flashbacks coming our way. Temuera Morrison himself referred to flashbacks between The Empire Strikes Back and Return of the Jedi, so these look backs seem as though they will be a significant part of the series. Robert Rodriguez said The Godfather was a heavy influence on this series, so if the plan by Favreau is to take a page out of The Godfather: Part II with back and forth between the present and past, I am okay with that, in fact I actually like that…as long as they don’t neglect the present in the process. I am down to see more of Fett’s past if it helps this story, but I am way more interested in his journey moving forward. I have full faith in Favreau, so I have no concerns at this point.

I evenly enjoyed the flashbacks and present time, but anytime we were in a flashback, my mind was eagerly anticipating returning to, and staying in the present. I really want to see what’s ahead for Boba Fett, so part of me kept pulling toward the present like when you’re trying to leave a conversation but can’t get out of it. I think a lot of what we saw in the flashbacks with the Tusken Raiders was assumed, so I am not sure all of it was necessary, but once I remind myself we still have around 200-plus minutes of this season to go, I am less bothered by it. But again, I keep wanting to pull myself to the present, and the biggest reason why? Fennec Shand. 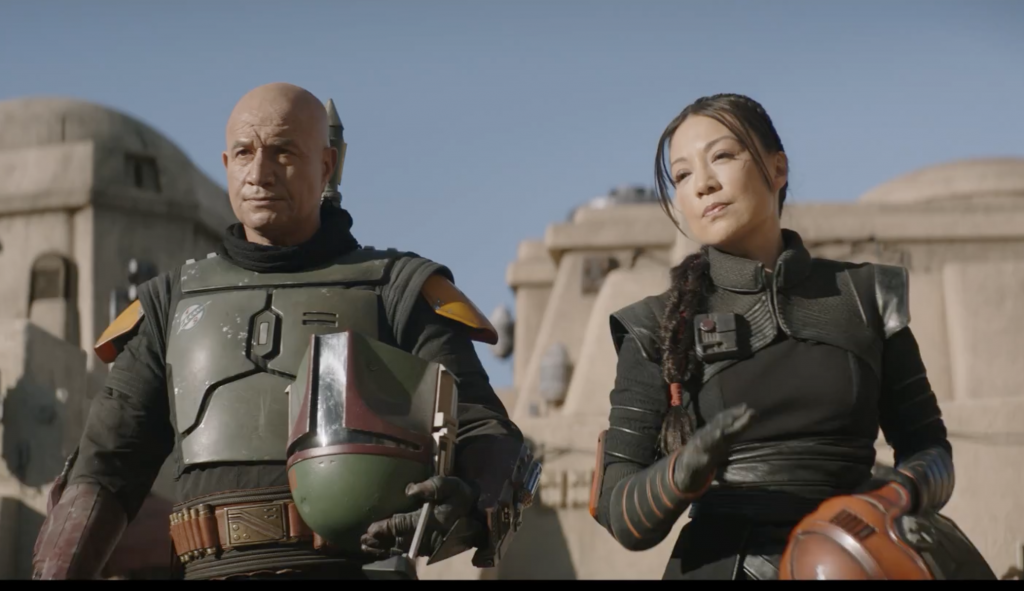 In several instances in the episode, Favreau is making it clear Fennec Shand is much more guarded and cutthroat than Boba Fett. She is much more inclined to opt to kill than he is, and way less trusting in anyone who seems to offer help or even modest polite gestures. The onset of their relationship has Fett needing to continually reel her in, though like any good gangster story, this “family” will hit its rocky points, and how volatile it gets remains to be seen. Gangster films and series always push hard on the importance of family and friends, though the second and third acts of those stories often lead to those families eating themselves from the inside. Now this is just speculation here, but I think Favreau will develop the bond between Boba Fett and Fennec Shand so that any sort of betrayal or clash hits hard with a proper payoff. Think back to how he slowly but continuously built the bond between Din Djarin and Grogu so that when Grogu left with Luke Skywalker it ripped our hearts out. I think that could be the approach here, just with a much less loving departure. But that remains to be seen, just trying to relate this series to The Godfather and other gangster stories that the creators have said inspired it.

If you are concerned that we are forever locked in with this weak and passive version of Boba Fett, I say worry not. I think this is a deliberate two-fold tactic, both in writing and in-story itself. By that I mean Favreau has this story on a simmer, and knowing he is as old-school of a Fett fan as it gets, we will see the man who Darth Vader had to tell not to disintegrate people, and by that same token from an in-story perspective, I truly believe Boba is tactically lulling his opponents to sleep. And based on some of my prior reports about this series, we are in for some absolutely wild stuff. We have now seen what Boba is capable of without his armor when he slayed the sand monster to ultimately earn the respect of the Tuskens, so it is clear he has a lot left in the tank (yes that is sort of a bacta tank pun).

Now whether this means Boba Fett makes it out of the series alive, I don’t know. The physical limitations certainly give off a “Logan” vibe, and gangster stories don’t often end well for lead crime bosses. But for some reason I think we have a lot more Boba Fett to come beyond this series, fans waited decades for his return, so I think it’s a safe bet we won’t see him face down in a garden with an orange peel in his mouth.

For additional content, below is my immediate one-minute reaction just after watching the episode, which we call the “Mando Minute”. Be sure to also join us tonight LIVE at 9pm ET on The Mando Fan Show on the SWNN YouTube channel, where TRB crew and I will really delve deep into this episode with you in the live chat! 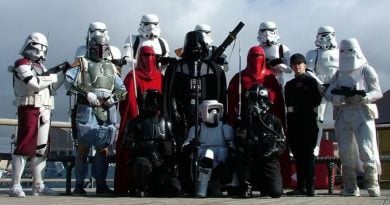 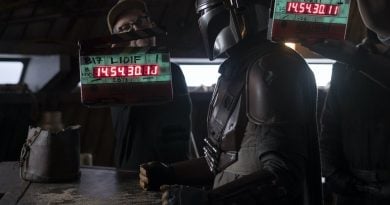 Review – Disney Gallery: The Mandalorian Episode 2 “Legacy” Looks Back at What Makes ‘Star Wars’ So Special 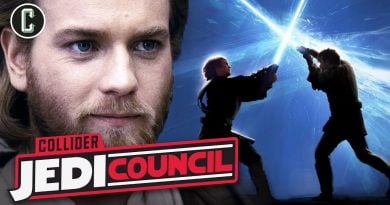 Collider Jedi Council: Is the Obi-Wan Series a Sure Thing?