Introspection is something vital to the mental health of each individual, yet also the very thing we most often let slip away in our day-to-day rush. It’s so easy but also quite damaging to push ourselves to our utmost limits without taking the time for introspection. So, while we are going to do an introspective dive into the potential mental and emotional state of characters we expect to see in the Ahsoka series, I want to take a brief moment to implore everyone to take some time each week to themselves and protect their mental health. Now, let’s dive into some Star Wars.

Ahsoka
Our introspective journey begins with the lead character herself.  Based off of her appearance in The Mandalorian and the famous Rebels epilogue, many suspect the heart of this series to be a search and rescue for the lost Jedi Ezra Bridger. Losing Ezra in the fashion she did has to be agonizing. Someone she views as a pupil, shares a deep connection in the Force with, and saved her life being taken from her when she wasn’t there to intervene certainly comes with massive baggage. Her Mandalorian appearance gave us a glimpse into some of this. Yes, we saw the beauty of Ahsoka in her willingness to reach out to Grogu, but there was also a ferocity in her which leads me to believe that, as the search for Ezra and retroactively Thrawn heats up, we may see this mounting desire to save her friend reach a boiling point.

Secondly, with the recent news of Hayden Christensen coming back to appear in this series, there exists the possibility of a present-day interaction with her former master and brotherly figure, Anakin Skywalker. The realization of what her former master became had such a shattering effect we can assume many sleepless nights processing difficult emotions came after. Watching beloved family and friends fall down a path which breaks our heart sticks with us our whole lives. In many ways, it becomes part of who we are as well. To work through those emotions for nearly a decade and then be thrust face to face with Anakin would result in an emotional whirlpool. Walking alongside her as she works through stages of grief, anger, and perhaps ultimately joy would add an intrinsic layer of depth for us as viewers. 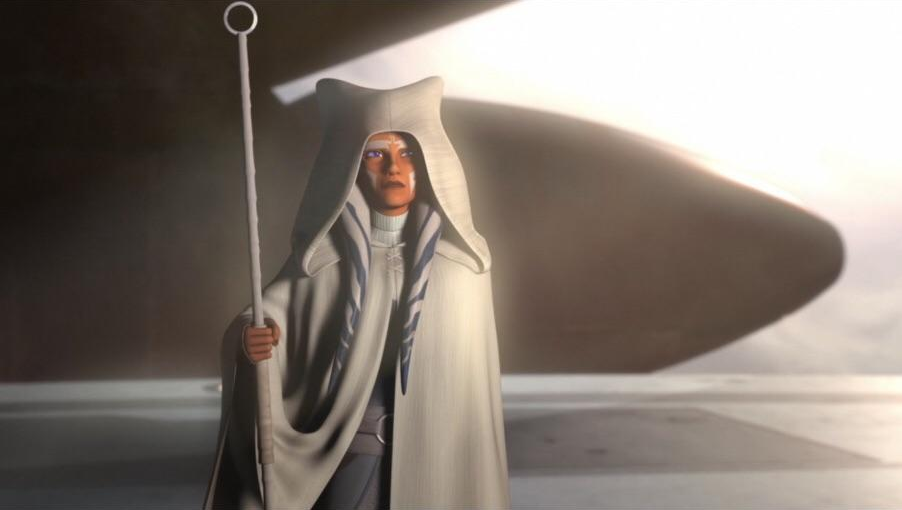 There is a beautiful moment in Clone Wars when Ahsoka is questioned by Rafa Martez on why she is helping her; she responds by saying “In my life, when you find people who need your help, you help them no matter what.” This mindset is why Ahsoka embodies the essence of who the Jedi are supposed to be. She’s a deeply caring and empathetic character, and as the viewers, we always feel what she feels. I love Ahsoka and how unapologetically she feels for others, and seeing some of this play out in a series with her at the center would be a treat.

If this series winds up being a search and rescue of sorts for Rebels hero Ezra Bridger, then our last encounter with Ezra making an ultimate sacrifice becomes crucial to discuss. By using the Purgil to launch himself and Thrawn into hyperspace, he freed the citizens of his home planet Lothal and helped fuel the fire that eventually destroyed the Empire. Many of us remember Ezra as the young Jedi willing to do whatever it takes to save his friends. However, we have no idea where he has been or what he has been forced to endure for presumably around a decade. Has he been through long stretches of isolation? What physical hardships has he endured in conjunction with the mental ones? We don’t know the answers to these questions, but we can certainly assume it has been an arduous time. When our heroes ultimately find him, is he going to be the bold and passionate Jedi they once knew, or is it more likely we find him as a broken vessel crippled by what the painful years have wrought? 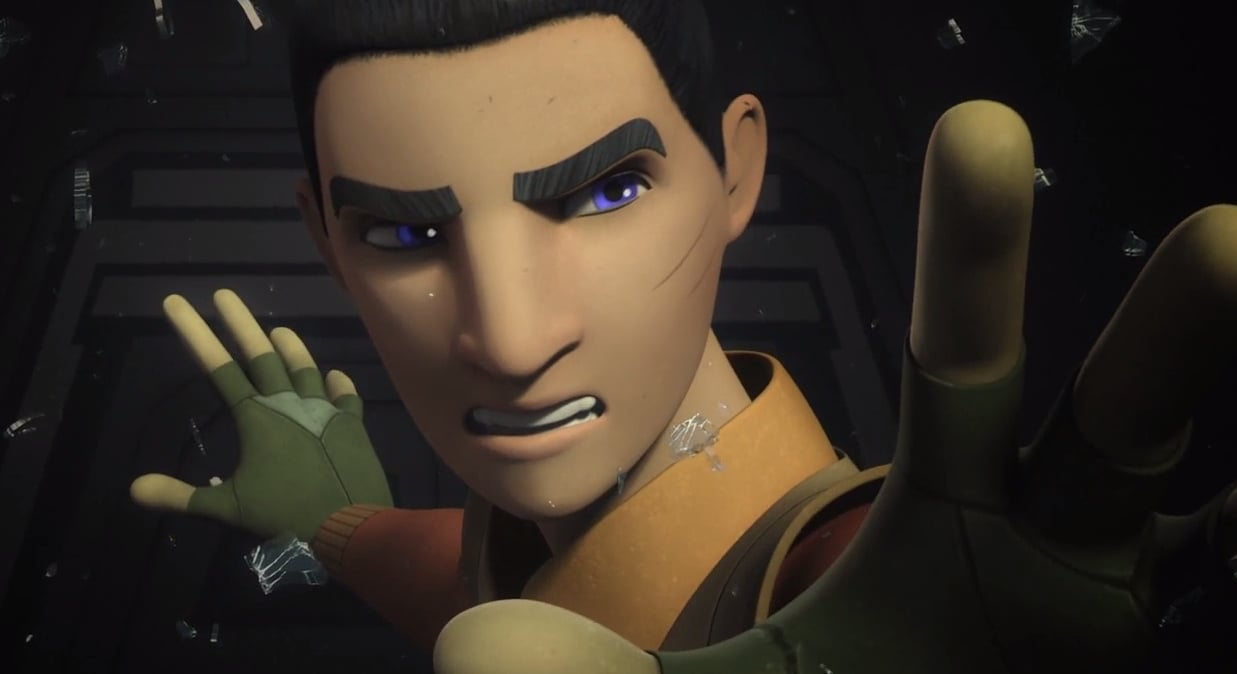 In Clone Wars we have an interesting parallel we might be able to draw; Savage Opress and his search for Maul. Upon finding out Maul was alive, I was ecstatic, but his return to prominence was anything but immediately triumphant. Having lost his sanity, his strength, and his purpose, when Savage found him, he was a broken vessel. It’s quite possible Ahsoka and Sabine find Ezra in a comparable state. It’s safe to assume after years of likely unspeakable hardship during which he undoubtedly was forced to make unfathomable decisions, we may see a hardened version of this upbeat character. Ezra’s resiliency is something I’ve always admired, and I look forward to the potential opportunity to see this character trait shine through in live-action.

Ah Sabine. A character who radiates duty and honor as well as being our resident Star Wars artist. Our last moment with Sabine was in the previously mentioned Rebels epilogue where we are led to believe she is joining Ahsoka in the quest to find Ezra and bring him home. She took Ezra’s final “I’m counting on you” message as a call to protect Lothal, but in this epilogue, she begins to suspect it meant something more. As we delve into Sabine’s psyche during this time, we must understand her and Ezra share a special connection. The two of them have a complicated relationship. The voice actor for Sabine, Tiya Sircar, told Comicbook.com she felt Sabine was always the “most reluctant” member of the crew to accept him into their “family”. Sircar goes on to explain some of the important shifts in their relationship, and this helps bring us to the place she is at now as we enter the Ahsoka series. 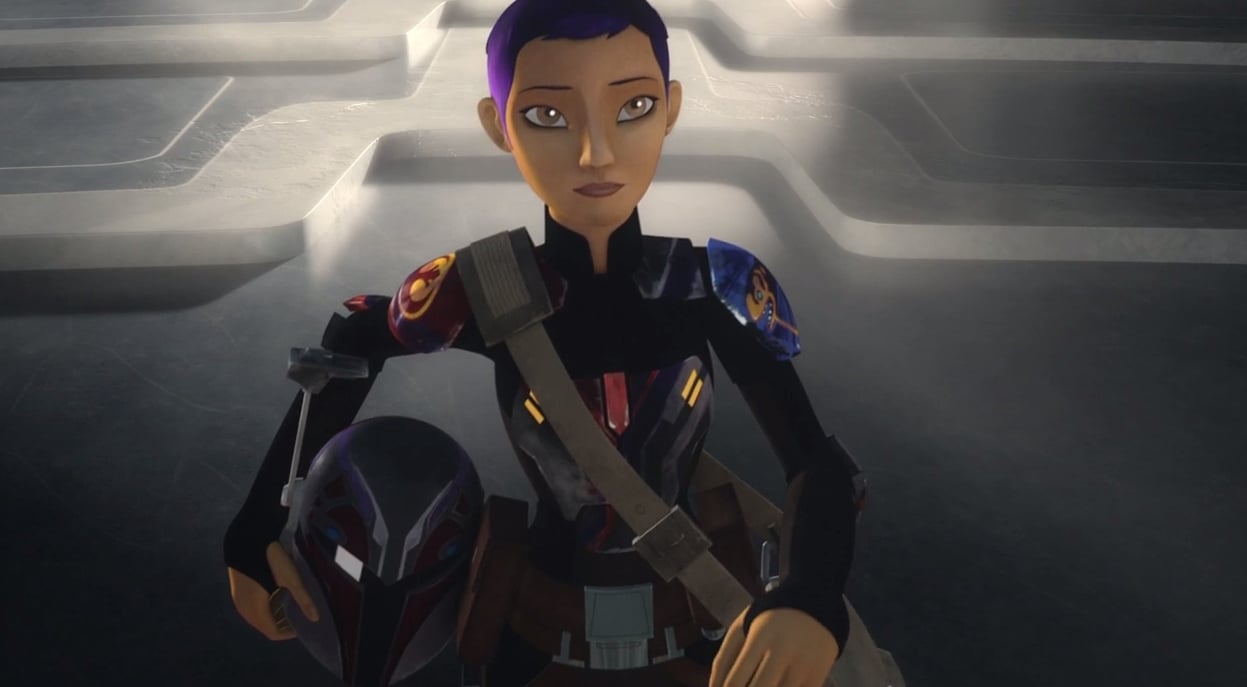 Growing up in the duty and honor culture of Mandalore must contribute to Sabine being compelled to fulfill her friend’s final task for her. How many days of protecting Lothal did Sabine ask herself if she was doing the right thing? How often did she yearn to search for Ezra? Duty and honor mean something on their own, but when attributed towards someone you consider family, they have a greater level of weight attached. Watching her put her helmet on and walk towards Ahsoka in this final scene leads me to think this is someone who has spent ample time feeling restless, and that restlessness is about to be unleashed.

To first begin an introspection into what Thrawn might be feeling or thinking in this series, we must try to briefly understand who Thrawn is. Certainly, he is a villain, but starkly different from villains you may be more familiar with. There is no “good or evil” in his eyes. The modern moral code is not something he adheres too, as he is solely focused on functionality.  A pragmatic villain solely focused on achieving his mission and maintaining the order he exists in, he’s not overly interested in building up power or flexing his power simply for the sake of superiority.

With this understanding of Thrawn, I hope you can begin to see why his potential role in this series and beyond is so fascinating given the current timeline. From his time in the Chiss Ascendancy to joining the Imperial Navy, he has been always led by a greater mission. This is not to say his moral code is by any means on the straight and narrow, as he is clearly a villain, but he has always had a chain of command, a code to live by, and a system where he can rise. 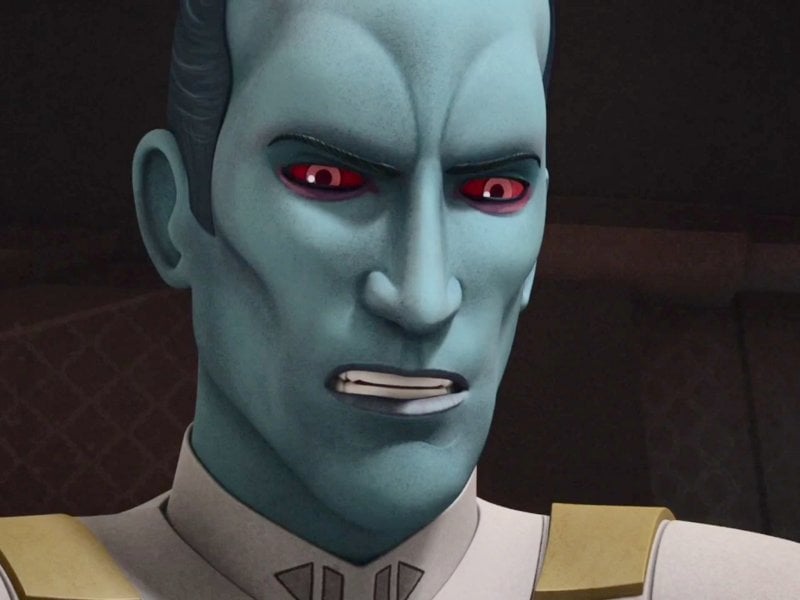 We don’t know what he has been up to since his less than voluntary departure with his Purgil friends, but I am fascinated to see what happens to someone so expedient and precise when/if precision is no longer a certainty and expedience is no longer a luxury. What sort of structure has he implemented into his life that has helped him survive this radical change? Having a character so regimented, detail-oriented, and pattern-fixated fully submerged into a world of pure unknown fascinates me.

There is a certain beauty in trying to dissect the psyche of our favorite characters because of the way it forces us to think about our own lives and how we might respond ourselves. Watching our favorite heroes fight through difficult emotions and process trauma makes them more relatable to me.  Having an unexpected crisis thrown at you can be exhausting and leave you feeling hollow, but seeing my favorite characters in Star Wars persevere does intrinsically add some much-needed inspiration in my life sometimes.  This series still looms in the distance, but I hope you are as excited as I am for the beauty it might offer. 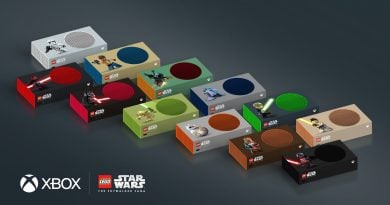 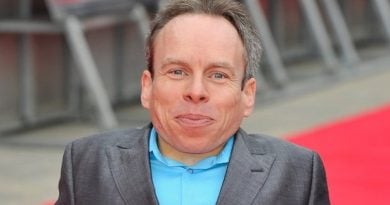