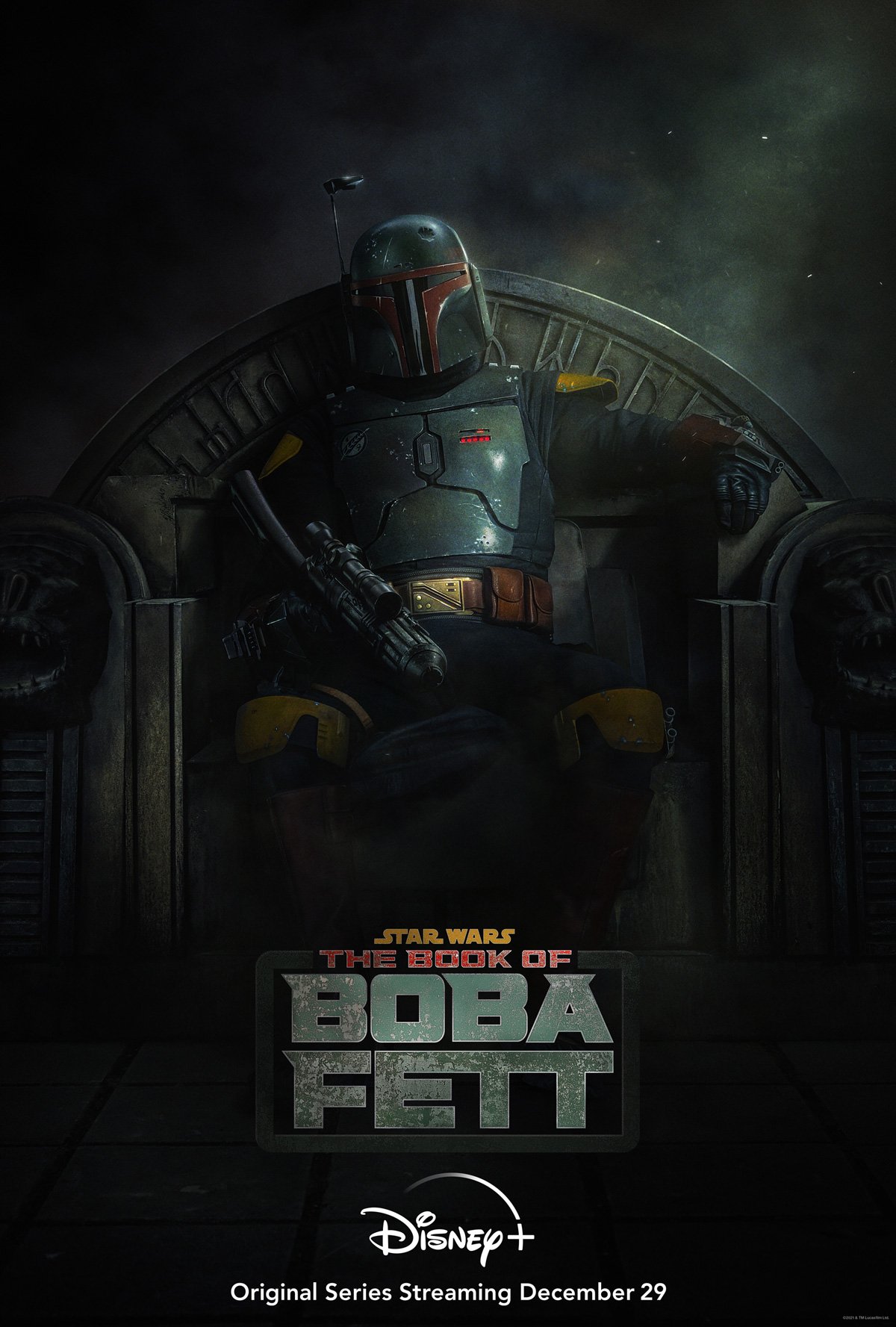 Hail to the king, baby. The Book of Boba Fett now has a new poster, as the new Disney Plus series will arrive on December 29. Perhaps a trailer will be arriving soon?

Moments ago, Disney officially dropped the first poster for The Book of Boba Fett, which will be the first spin-off series to the wildly successful Disney Plus series The Mandalorian. (Based on the current schedule, it seems as though Disney wants their Marvel show Hawkeye to finish airing before their next big original starts streaming.) The series, as the title suggests, will focus on the return of Boba Fett after the events of the second season of the series. The show’s press release is as follows:

“The Book of Boba Fett, a thrilling Star Wars adventure, finds legendary bounty hunter Boba Fett and mercenary Fennec Shand navigating the galaxy’s underworld when they return to the sands of Tatooine to stake their claim on the territory once ruled by Jabba the Hutt and his crime syndicate.”

You can check out the official announcement from Lucasfilm below, alongside a new look at Boba Fett:

His story is only beginning. #TheBookOfBobaFett, an all-new Original Series, starts streaming December 29 on @DisneyPlus. pic.twitter.com/D3W26zSN6c

Having been presumed dead since an embarrassing defeat by a temporarily-blinded Han Solo, Boba Fett somehow escaped the Sarlaac and spent years trying to track down his original armor, which once belonged to his father Jango. Having now done so and fulfilling a promise to the man who reunited him with it, Boba Fett has united with fellow Bounty Hunter Fennec Shand to resolve some unfinished business. It’s been confirmed that the series will have flashbacks to before the events of the second season of The Mandalorian, and our own sources have indicated that the most dangerous bounty hunter in the galaxy will be out for revenge while assembling a crew of his own.

The new poster indicates that, like with the title character of The Mandalorian, our protagonist’s armor will be undergoing some changes as the series progresses. Initially, his armor was seriously scratched-up and scarred thanks to taking a dip inside the stomach of a Sarlaac, but after regaining it, he made an effort to restore it to a more pristine state. It appears that his return to the fray will put some new scratches and weathering upon his iconic costume as he decides to write a new chapter in his life.

The Book of Boba Fett will begin airing on Disney Plus beginning December 29, 2021. Before that, a special dedicated to the history of the character and his enduring popularity out-of-universe will air on November 12.