Between the Marvel High Republic comic, the Tempest Runner audio drama, The Rising Storm novel, and this mini-series, how does Cavan Scott find time to sleep? It has been a busy year for the man!

In this second issue of four, we continue Ty Yorrick’s journey up Temple Peak to hunt the Gretalax plaguing the people below while unravelling her story as the Jedi she used to be.

Yorrick faces off against the Weaver in her path. Between webshoots and falling rocks, she’s able to get the drop on the creature, causing it to scurry away.

The weaver had trapped a prisoner that turns out to be Drewen, the kid who’d ruined her last hunt with their curiosity.

Drewen has stowed away with Yorrick across the galaxy and almost gotten himself killed twice now because he wants to learn how to be a Jedi. Yorrick isn’t interested, mostly because she is no longer a Jedi.

Drewen makes a good point; a big theme of this series has been Ty’s repulsion and anger at being called or even vaguely referenced as a Jedi. Maybe don’t use their signature weapons and mystic abilities then!

Yorrick refuses to be the boy’s teacher, but since the sun is almost setting and Drewen would surely freeze on his way down, she allows the boy to camp for the night.

The former Jedi quickly regrets her decision as her companion refuses to stop talking. Drewen’s village was captured along with his brother, and the two were only able to escape because the great disaster  threw their ship out of hyperspace, allowing them to reach an escape pod. Ty feels her first piece of pity for this boy as he recalls his brother’s death by defending the escape pod, allowing Drewen to survive.

Drewen’s brother used to tell him stories of the Jedi growing up, he simply wants to know more about them, and maybe become one. Yorrick has clearly been burnt by them; it’s a great juxtaposition, Yorrick’s grizzled cynicism towards her reality of the Jedi up against Drewen’s wide optimism and idolization of the Jedi told in stories.

Speaking of Jedi stories, the flashbacks in this issue show us more about Yorrick’s time in the order as she travels to Mount Bikja with fellow padawan Kilias to see what the Yallow Fellowship have left in one of their temples.

For those playing at home, Ty makes a passing reference to the Zeffo, the race you spend a lot of time studying and exploring in the video game Jedi: Fallen Order.

On entering the temple, the duo avoid some of the traps and assume they are alone, until eerie shadows on the wall start to encircle them in the ‘abandoned’ temple. The dark side still has a hold on that place, and it will surely shape both of these padawans’ futures.

Meanwhile, in the present, Ty and her new ‘friend’ are attacked by a girl we saw in the village in the first issue, one that inhaled gasses from the monster attack and is now mute and, evidently, has lost her mind. In the midst of the attack, she falls off the mountain edge and Ty suspends her with the Force. Unfortunately, her connection with the Force isn’t strong enough and the girl falls into the abyss.

Ty’s connection to the Force is evidently not as good as it once was, or her training was never complete. Either way, even in self-defence, this death will scar her.

With her mount running off in fear during the attack, Ty needs someone to carry the bags and supplies as she summits Temple Peak. Drewen’s the boy for the job, much to his delight and her annoyance.

We’re halfway though the story now. With the pace the story is going at, it may have been better suited as a five-parter; that will all depend on how much Scott can cram into these last two issues!

Ty Yorrick is an interesting character; just her title, saber-for-hire, is intriguing, so this story is still running on a lot of potential that it will hopefully use.

Drewen is still a bit of an enigma in that he’s not endearing enough to overcome his more annoying qualities, but that is surely done, as we are supposed, to emulate Ty’s feelings. Drewen’s design will also polarize, with some finding him cute, and others too ‘cartoony’ against what are more realistically drawn characters. This matter aside, the artwork for the issue is vibrant, detailed, and communicative in non-verbal scenes.

Maybe not as strong as the first issue, this second issue sets up nicely for the back half of the mini-series, with both the leads’ tragic backstories and motivations laid out. 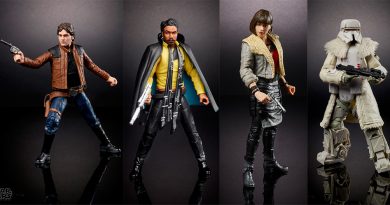 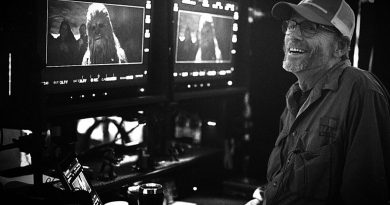