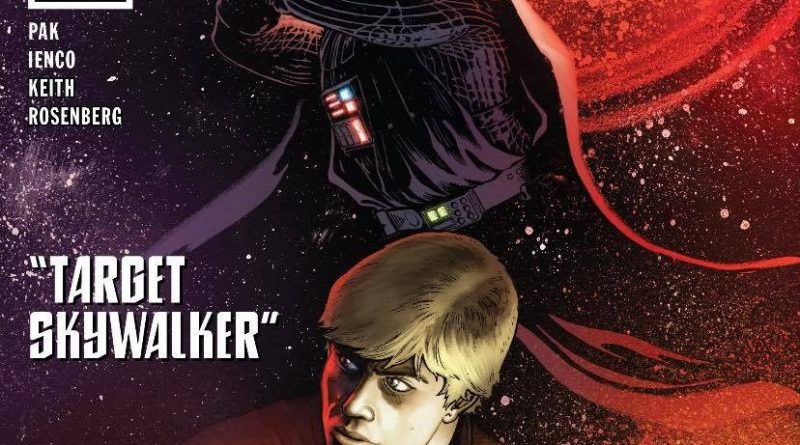 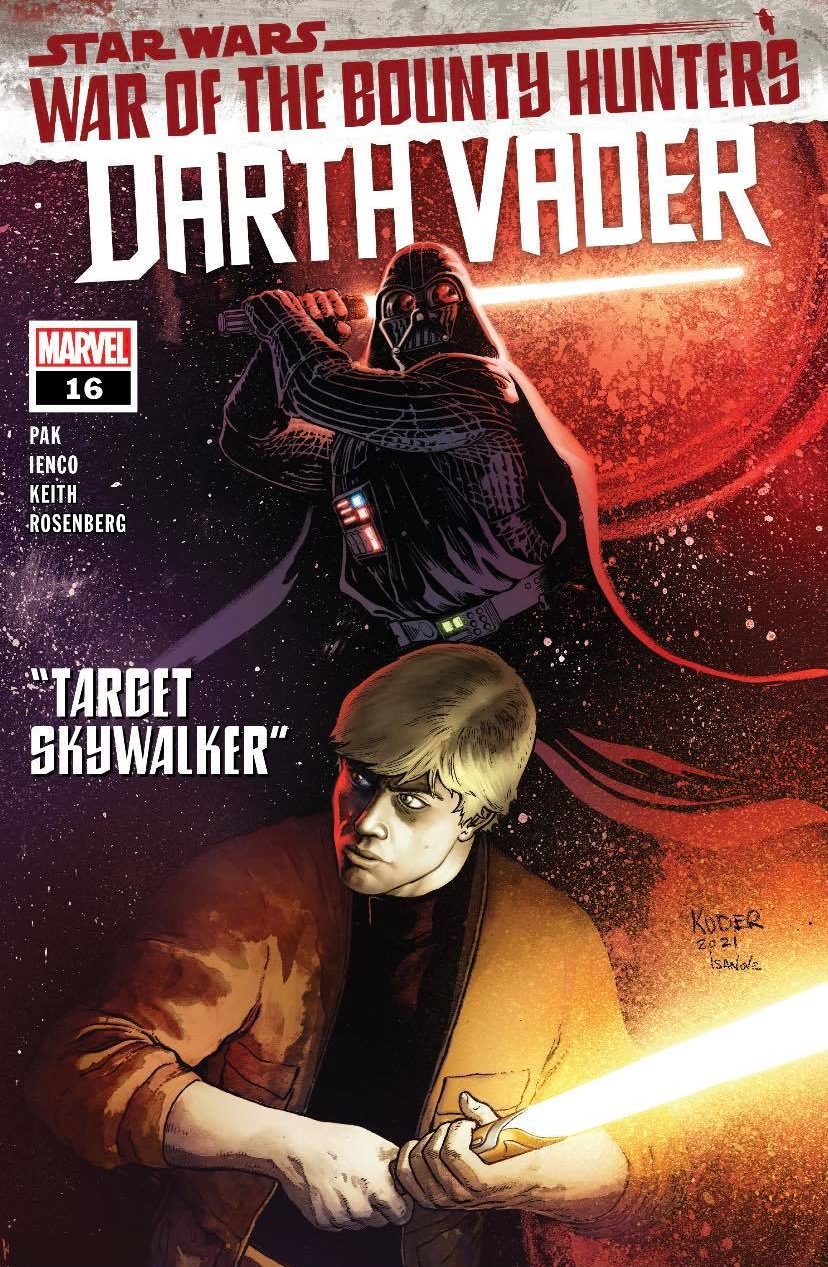 Barring anything outright awful in the next month, it’s safe to say that, on reflection, the ambitious War of the Bounty Hunters crossover has been successful, not necessarily perfect, but worthy of its place in the canon. Whatever your thoughts, no one can accuse the time between The Empire Strikes Back and Return of the Jedi of being boring.

This issue has a couple of bonkers moments mixed into the fray of great artwork and villainous sidekicks that elevate a pretty standard interaction between Vader and Luke. 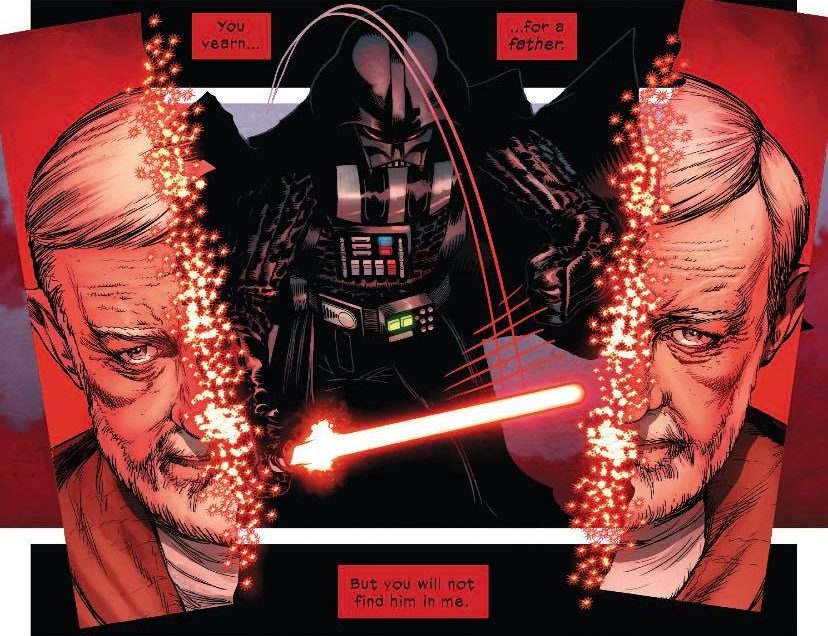 Vader begins the issue monologuing/recapping his mission: Luke is weak to cling to his friends in place of a father, and his refusal to join him will leave the up-and-coming Jedi even more lost than he currently is. Knowing he isn’t ready, Luke chooses to stay in his X-Wing, with Vader going to his ship in pursuit.

Luke gets too close to one of the criminal faction’s ships, and they decide to fire harpoons at him! Apparently, not everyone has the ‘tractor beam’ money of the Empire. Ienco’s art really sells these more abstract scenes.

Luckily, or unluckily maybe, Vader shoots Luke free of these shackles and continues his pursuit. An explosion caused by Vader damages Luke’s X-Wing, causing him to crash-land on the planet below. Vader is only seconds behind, descending on Luke with his TIE Fighter.

Meanwhile, back in the auction room, Bokku the Hutt is mad Vader didn’t back him in the auction (as he said he would). Ochi doesn’t care and is throwing sass all around. He’s also noticing Sly Moore is initiating plans of her own.

And those plans do not involve helping Vader. 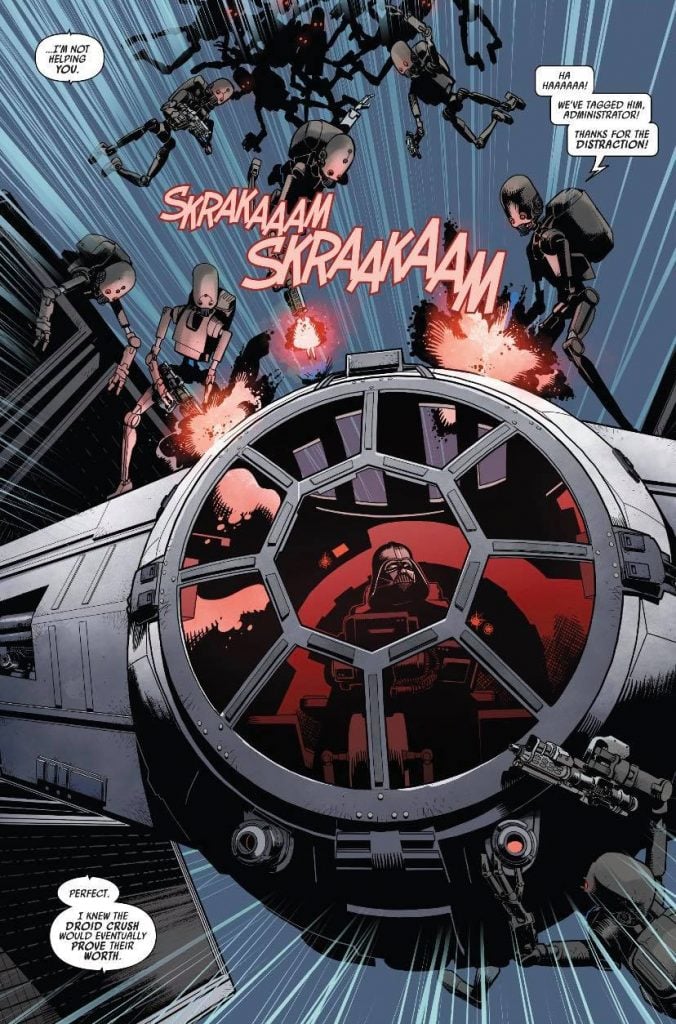 They do, however, involve the Droid Crush Pirates of Bestoon we saw Ochi leading on Mustafar when we first met him earlier in the series. Moore has retasked them with disabling Vader and jumping down to the planet and fixing Luke’s X-Wing.

The droids comically tell him that they’ve been tasked with getting him airborne and to thank the Empire for this service. 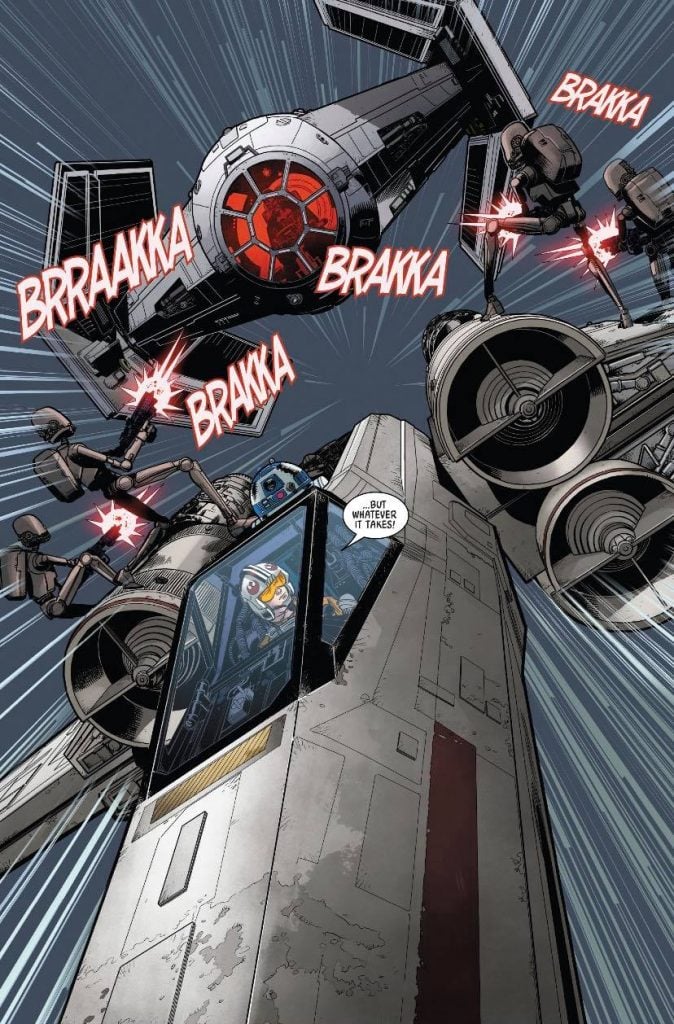 At least Luke has some help against Vader!

Ochi, as the loyal follower he is, has proceeded to attack Moore as a traitor for trying to kill Vader.

Both these characters have gotten issues dedicated to them in this series, so it’s nice to see writer Greg Pak making good use of them as the series progresses. Ochi with his spineless loyalty to the strongest willed person, and Moore to Palpatine.

Moore is an extension of the Emperor, looking for the strong to replace the weak. She believes Vader is a weak link that Luke Skywalker could replace. Her motivations aren’t 100% clear, but that doesn’t stop her from outmanoeuvring Ochi and stabbing him. 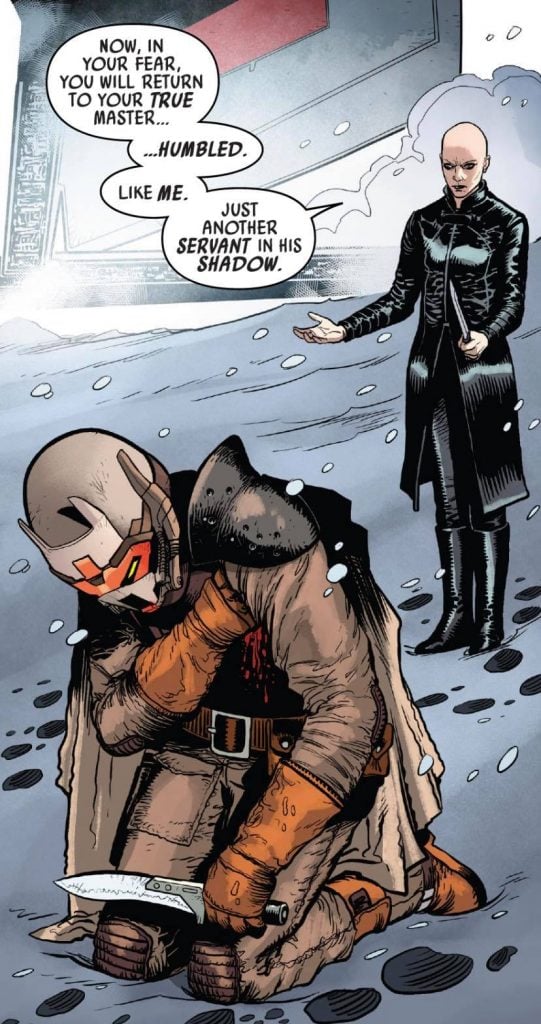 As we saw in last week’s War of the Bounty Hunters #4, Bokku has decided that he’s going to show the Empire the power of the Hutts, and goes after the Imperial shuttle transporting Solo to the star destroyer. Here he takes it one step further… blowing the ship up! 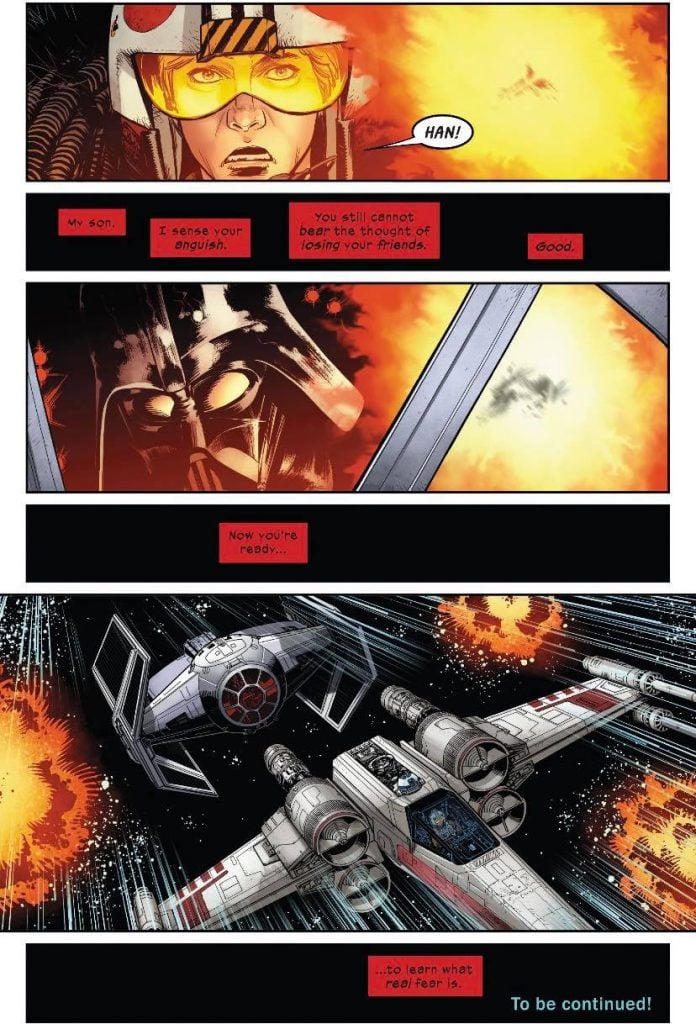 We’ll have to wait for the coming weeks to see how Han survived this — the good money is on Boba and Valance having already retrieved him, since Return of the Jedi sees Jabba with Solo and Boba in his good books.

Between this and last issue, it feels like the War of the Bounty Hunters crossover is wearing pretty thin for the Vader series, hopefully writer Greg Pak has something really compelling lined up for us once the comics all go their seperate ways again. Vader is starting to take more and more of a backseat in his own series, which isn’t necessarily a bad thing and definitely better than many things already explored, but maybe once Pak feels this series is coming to a natural end, it may be time to let the Vader’s series rest for a while before starting another run.

This issue does go by quickly though, and between the action, the use of secondary characters, and Ienco’s art, there is a lot to love. 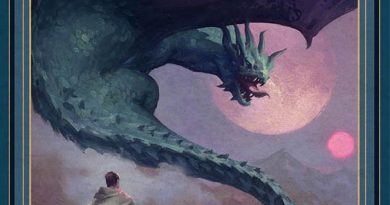 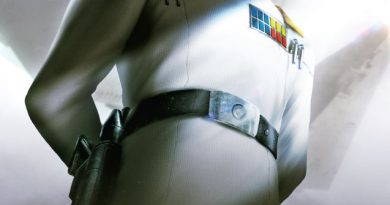 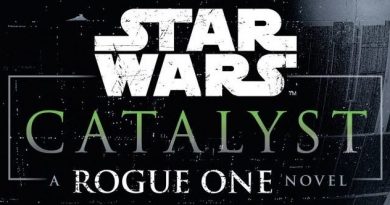