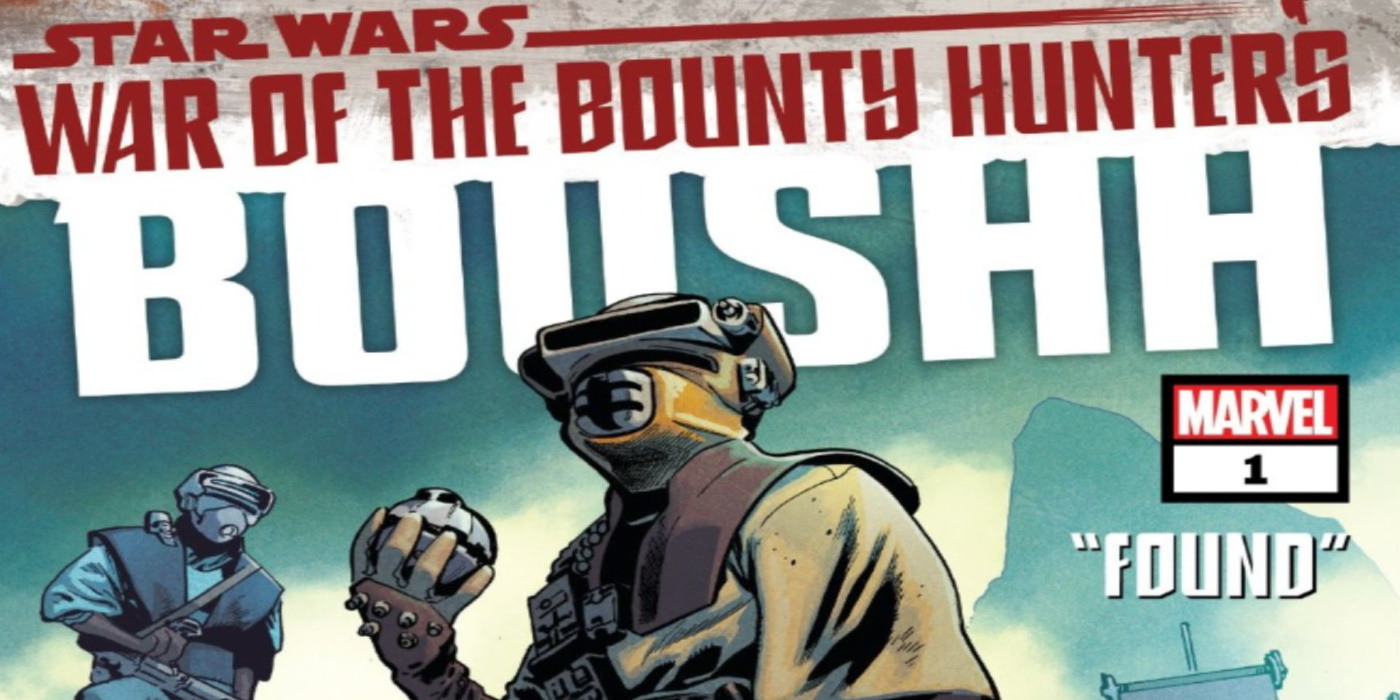 War of the Bounty Hunters: Boushh #1 offers some intriguing new insight into who Boushh was before Princess Leia impersonated them, which proves much more surprising — and moving — than fans likely expected.

This new one-shot, written by Alyssa Wong and drawn by David Baldeón (most recently of the canceled X-Factor series) steps back from the big galactic drama of the main crossover event to spotlight Boushh. It’s a welcome and unexpectedly compelling detour that gives fans some new insight into the character.

Outside of his connection to the Black Sun criminal cartel, any information about Boushh from Legends is dispatched here with a new origin story. This comic fills in the blanks, mostly, from how Boushh went from being a bounty hunter on Ord Mantell to simply a disguise Leia wore at Jabba’s Palace in Return of the Jedi.

The comic opens with Boushh intercepting an illicit sale on Ord Mantell between a character named Heelt and a pair of Snivvians. Along for the ride are numerous new Ubese hunters including Hareck, Brene, Tans, and Ilini. They all wear variations on the Boushh armor and are very cool in design. 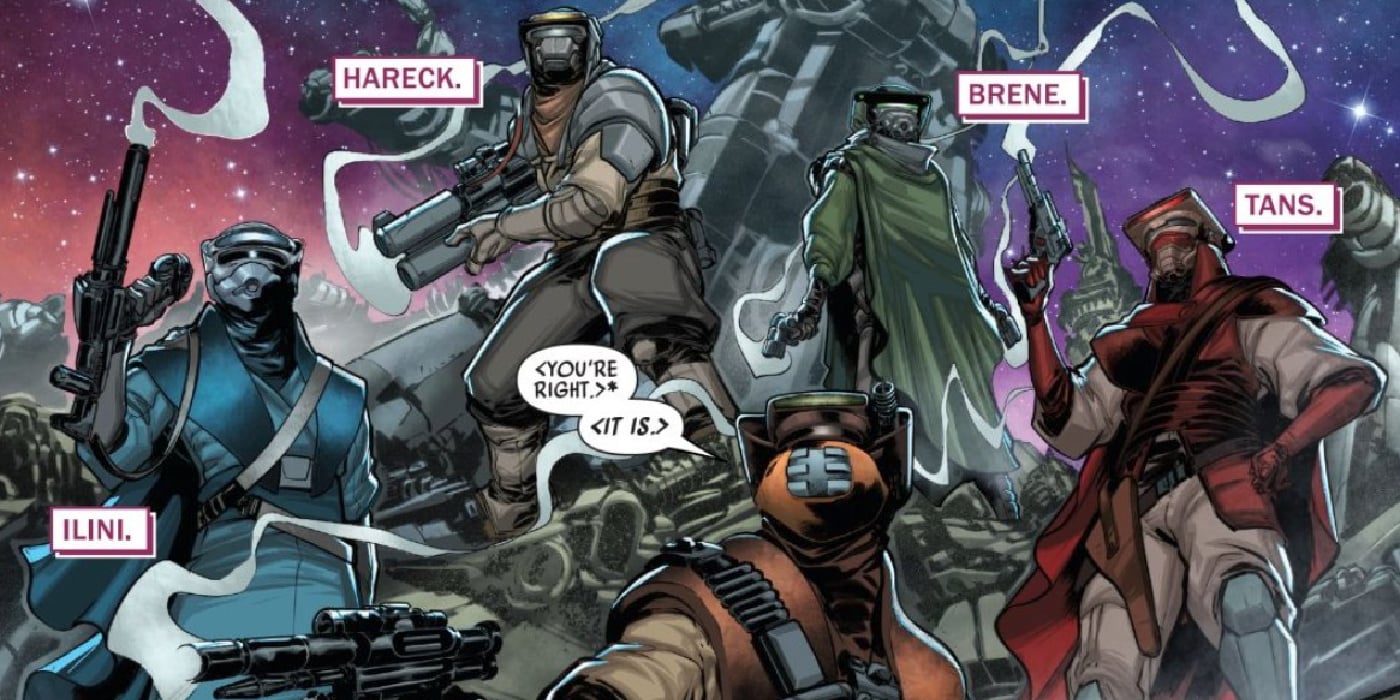 Boushh works for Black Sun, a slippery slope if there ever was one, as a run-in with the bounty hunter Deva Lompop illustrates. Deva is merely there for connective tissue and to tease a possible future confrontation with Boushh. The issue then turns to its best sequence, where the Ubese reveal everything but their faces.

Wong excels in relating the mysterious but tragic backstory of the group of hunters, all exiled off Uba IV for some unknown crime. They’re all very close, family in spirit if not in blood, and this deep connection is communicated in only a few hand gestures and lines of dialogue.

The bounty hunters sit in a cantina with their helmets off, but readers never see their faces. It’s a fantastic and effective choice that helps set the issue apart. It’s unlikely Boushh, at least the proper one, ever would have inspired empathy, but Wong and Baldeón accomplish this in just a few brief panels. 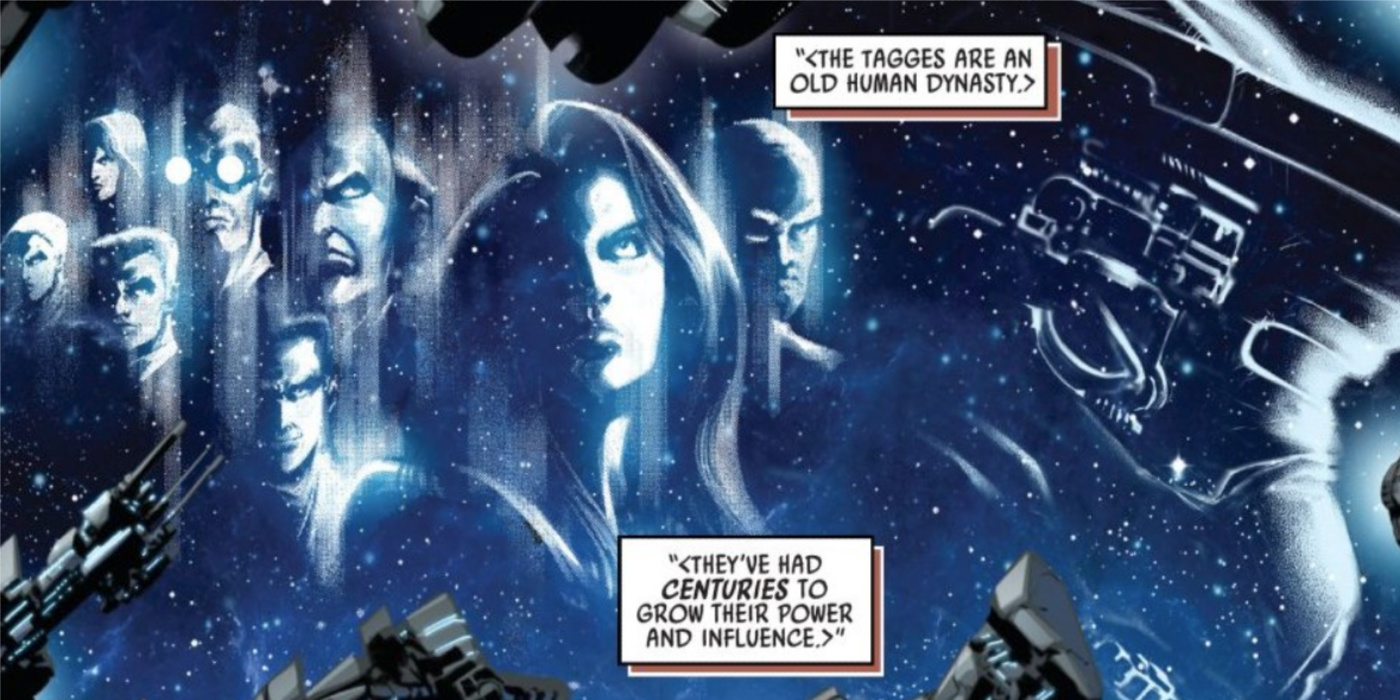 The issue then wobbles a bit as it exits some great character work, including a flashback to Uba IV that’s evocative of the Jedi Temple massacre flashback from The Last Jedi, to the plot. The Ubese take a job from Crimson Dawn, specifically Qi’ra’s majordomo Margo, to take down the head of the Tagge family.

The House of Tagge is one of the most powerful in the galaxy, with deep economic and industrial ties to the Empire. Led by Domina Tagge, they’re very Game of Thrones in their depiction of dynastic infighting. The issue takes a huge break from Boushh to set all of this up, and the character gets a little lost with all the new focus on Domina.

The attack proves to be several games within games, with Boushh and company learning the hit is the product of an ambitious Tagge. What’s more, Domina knew the whole thing, mostly, and just wanted to expose her would-be rival. The issue ends with a proposition that suggests a confrontation between the House Of Tagge and Crimson Dawn is in the near future.

Overall, it’s a solid issue, but likely inessential for those trying to keep close to the main story of the crossover. For fans of Boushh or those who might be interested in some new lore, it’s a great issue with fine character work that fills in some blanks on one of the most intriguing characters from the original trilogy.