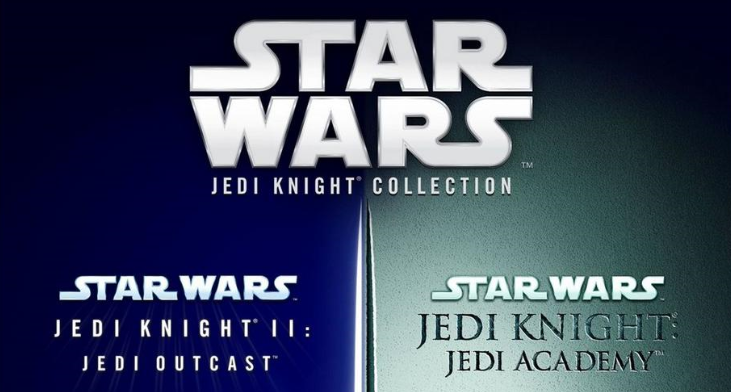 We first reported on them last month, and the confirmation has seemingly flown quietly under the radar of most gamers and Star Wars fans, but it’s true: both Jedi Outcast and Jedi Academy, plus Republic Commando and the first Racer title are all coming to PS4 and Switch (again) with a physical release by THQ Nordic and Aspyr in collaboration with Lucasfilm Games, who appear to be doubling down on unearthing old Star Wars video games for everyone to enjoy.

They are two separate physical releases, each containing the latest ports of their respective games — they were released digitally before, and have been handled by Aspyr, who are also releasing a Knights of the Old Republic port for Nintendo Switch this November, ahead of their long-anticipated remake of the same game for PS5 and PC. THQ Nordic was brought in to handle the distribution of the physical re-releases, which kind of nullify most of the value that Limited Run’s expensive physical copies had.

Star Wars fans and retro gamers who’d like to include these classics in their physical collections can now pre-order both combo packs ahead of the planned October 26 launch. Some online stores are already running out of stock, but I wouldn’t expect these re-releases to become collector items anytime soon. Prices range from $29.99 to as low as €18.99 in some European countries due to special store discounts.

The Jedi Knight Collection includes Jedi Outcast and Jedi Academy, games that follow fan-favorite hero Kyle Katarn and a set of original characters, plus some returning faces from the OT, in a post-Return of the Jedi Legends continuity. While the Outcast re-release doesn’t pack online multiplayer, Aspyr brought it back for Jedi Academy, which is a nice bonus.

Republic Commando kicks off right at the end of Attack of the Clones and follows the legendary Delta Squad during the Clone Wars, and Star Wars Racer, originally released on N64 and PC, marked the first time podracing was brought to video games — a sequel titled Star Wars Racer Revenge was released a few years later on PS2, and is available digitally on PS4 as well.