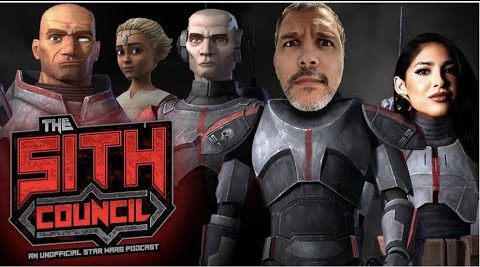 The Bad Batch season 1 came to a close this Friday, and so did the discussions from the Sith Council crew on it. Kristian Harloff and Steph Sabraw give their takes on the season finale of the animated series. They also discuss some of the latest in Star Wars news, like Taika Waititi’s comments on his upcoming movie, The Hollywood Reporter saying that the Ahsoka series is looking to cast Sabine Wren, and Giancarlo Esposito saying that The Mandalorian will start filming soon.

Harloff and the entire Sith Council team are good friends of ours, so make sure to check out the latest episode of their weekly show:

If you are interested in listening to the show in podcast form, you can check them out in Apple Podcasts or Spotify too.