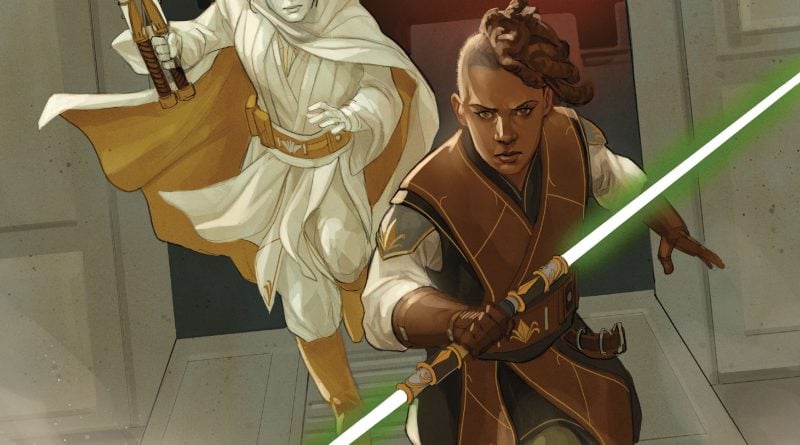 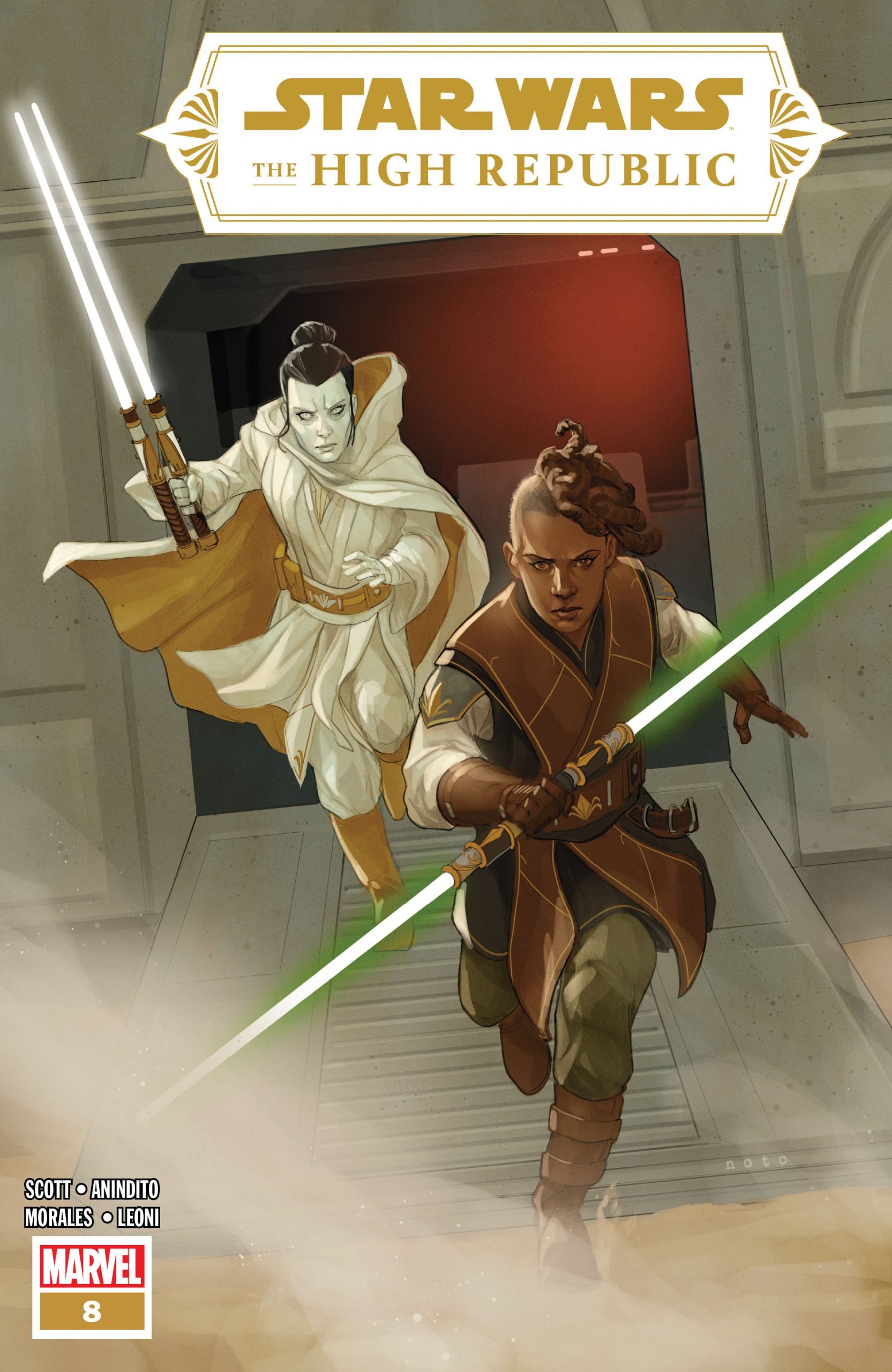 Another arc in the High Republic series comes to an exciting end as the Jedi go up against the Drengir and their Great Progenitor leader. Things look bleak for the Jedi and the Hutts, can Keeve Trennis turn the tide of the battle? This issue flashes fast and bright with no time to breath, fitting for the conclusion of the series’ second arc. While the art and dialogue is as good as it has been for the entire series things are tied up a bit too quickly and neatly and it’s surprising to only have a three issue arc. Spoilers ahead….

The Jedi continue their assault on the Drengir’s home planet of Mulita with the aid of the unlikely allies, the Hutts. With the Jedi spread thin across the galaxy, reinforcements are hard to come by. 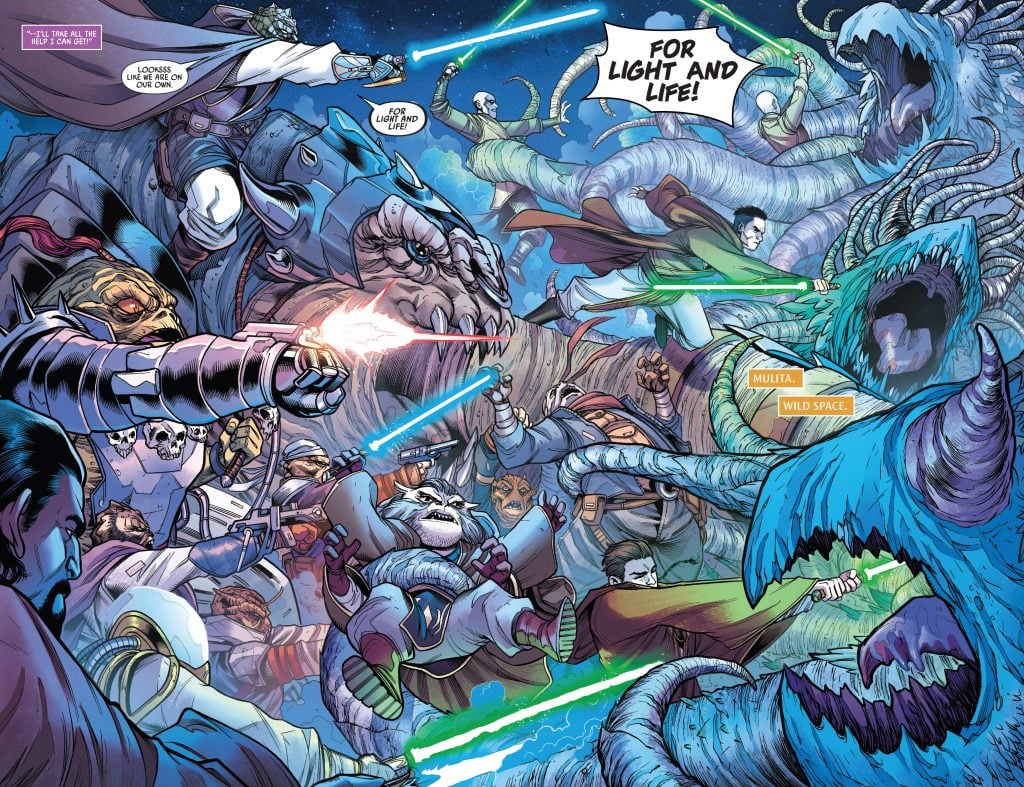 As the fight rages on, hope appears in the form of Keeve Trennis who arrives with fellow Jedi Orla Jareni (who first appeared in Claudia Gray’s Into the Dark novel). In an intriguing turn of events we discover that Sskeer and Orla have some….interesting history. 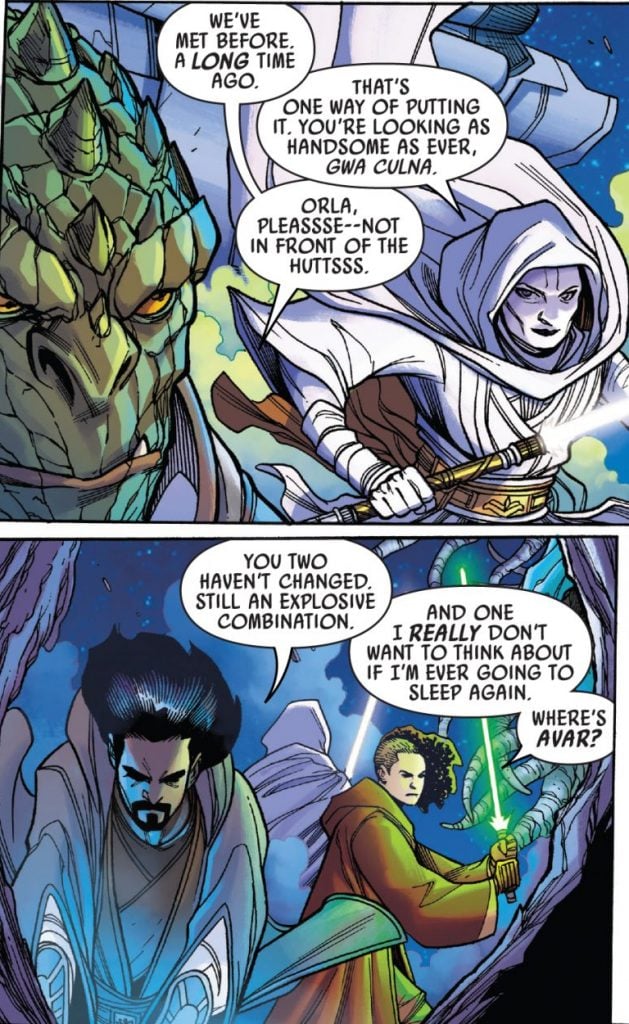 It’s interesting to see that the High Republic Jedi Order were more lenient on either physical or romantic entanglements, a stark contrast to the dogmatic Order we see by the time of the prequel films.

Despite the surprising news about her former master’s past Trennis needs to find Marshall Avar Kriss, who went ahead to face The Great Progenitor. Keeve’s vision showed Kriss’ doom so time is of the essence. She and Terec run into the forest, stumbling into Nihil remains and realizing it’s a trap! 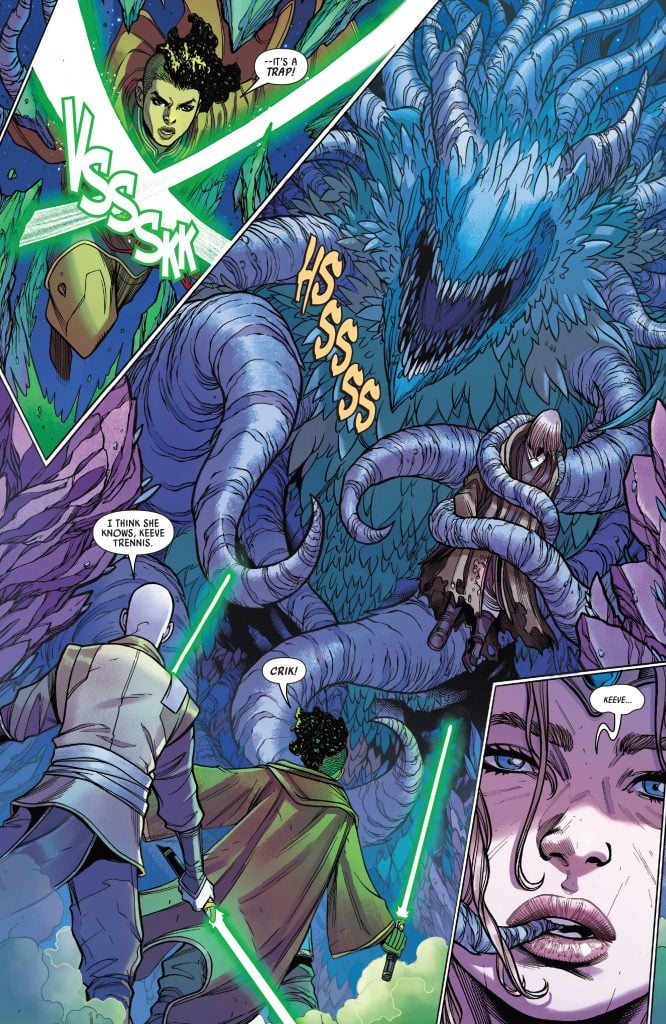 The Drengir leader used its connection to Keeve to lure her there and plans to use Avar Kriss unparalleled ability to connect to others through the force as way to control all the Jedi and spread the Drengir across the galaxy.

Giving Keeve the choice of joining the darkness or dying by Kriss’s mind-controlled hand, The Great Progenitor is on the verge of success…

The Jedi’s connection to one another is one of their biggest strengths ,attempting to use it against them isn’t a wise idea. In a wave of connection the Jedi on the planet all join in the force to repel the Drengir’s darkness over Avar Kriss. It’s a beautiful double page spread showing the power and connection of the force against the seemingly unmovable Drengir.

Kriss is freed and in that moment the Jedi are prepared with the stasis fields to contain the telepathic bond of The Great Progenitor with its minions.

Terec and Ceret are hilarious and I’m glad they weren’t killed off for dramatic effect in the first few issues.

Another nice big set-piece from artist Ario Anindito as we see the stasis field generator take effect and trap the beast. 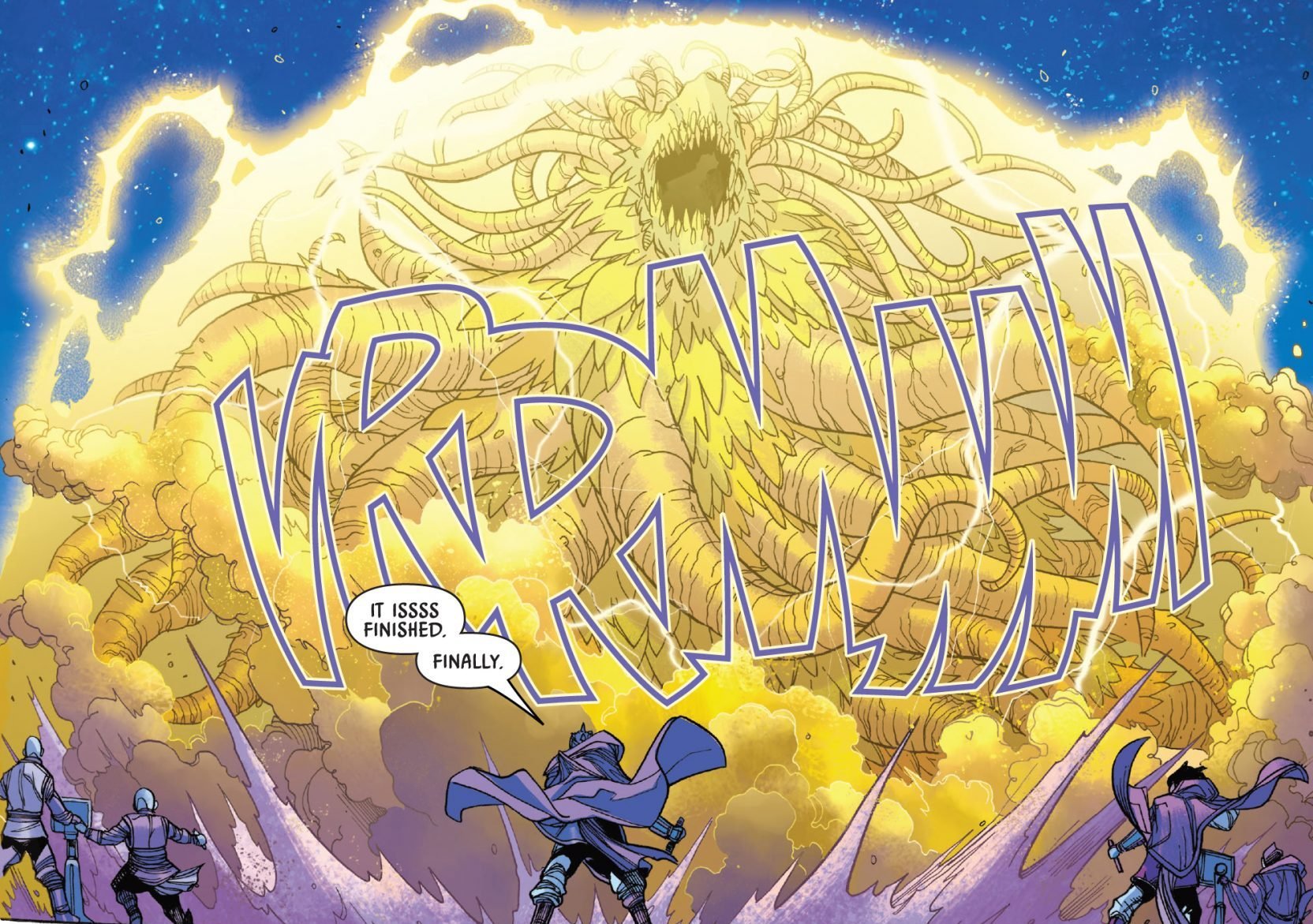 The Drengir leader will be kept in the Bogan vault aboard the Starlight Beacon, which seems like a terrible place to keep something so powerful, so that might come up later!

After mere moments of celebration Avar Kriss is finally able to get through to Starlight, just in time for Maru to inform her that the Nihil have come back and decimated the Republic Fair. A nice set-up for the new story next month. 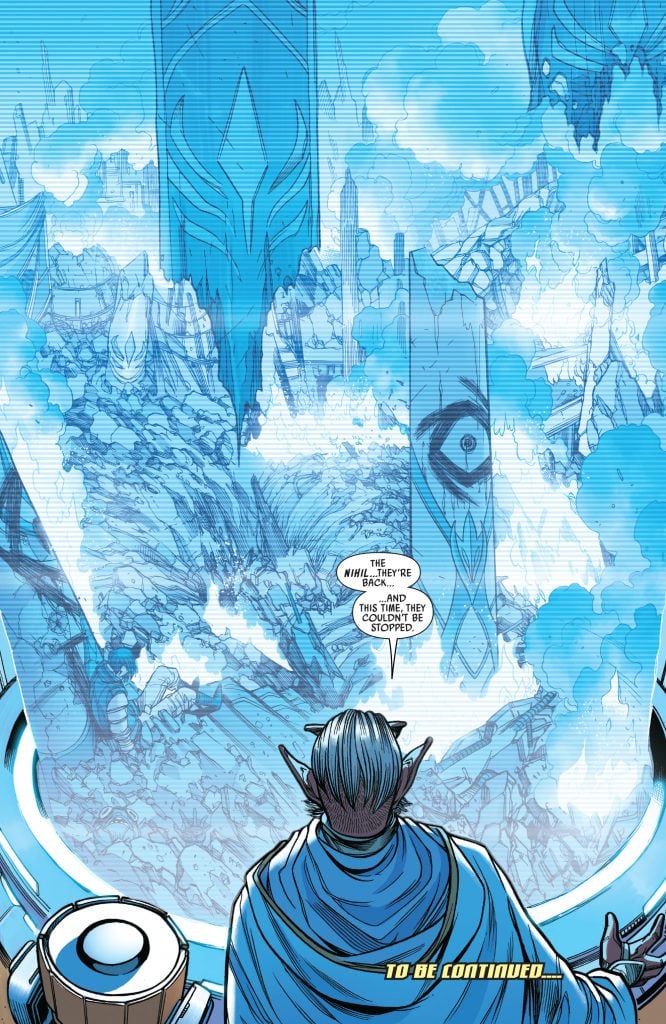 Personally, this is a quicker conclusion to the arc than expected, but it might not be done quite yet. Just because the Drengir have been put in stasis for now they could still return to be a threat later in the High Republic‘s storyline, be it comic or novel.

Speed aside, this issue was a great demonstration of how this really is the Jedi in their prime with masterful control over the force, pairing this with technology to their advantage. In a small note, I really appreciated how Reath Silas, Orla Jareni, and Cohmac Vitus were all present at this turning point for the Drengir, given that they’re the ones who released them in Into the Dark.

This is a firecracker of an issue and Cavan Scott is doing a stellar job with his storytelling and characterizations in this ongoing series. 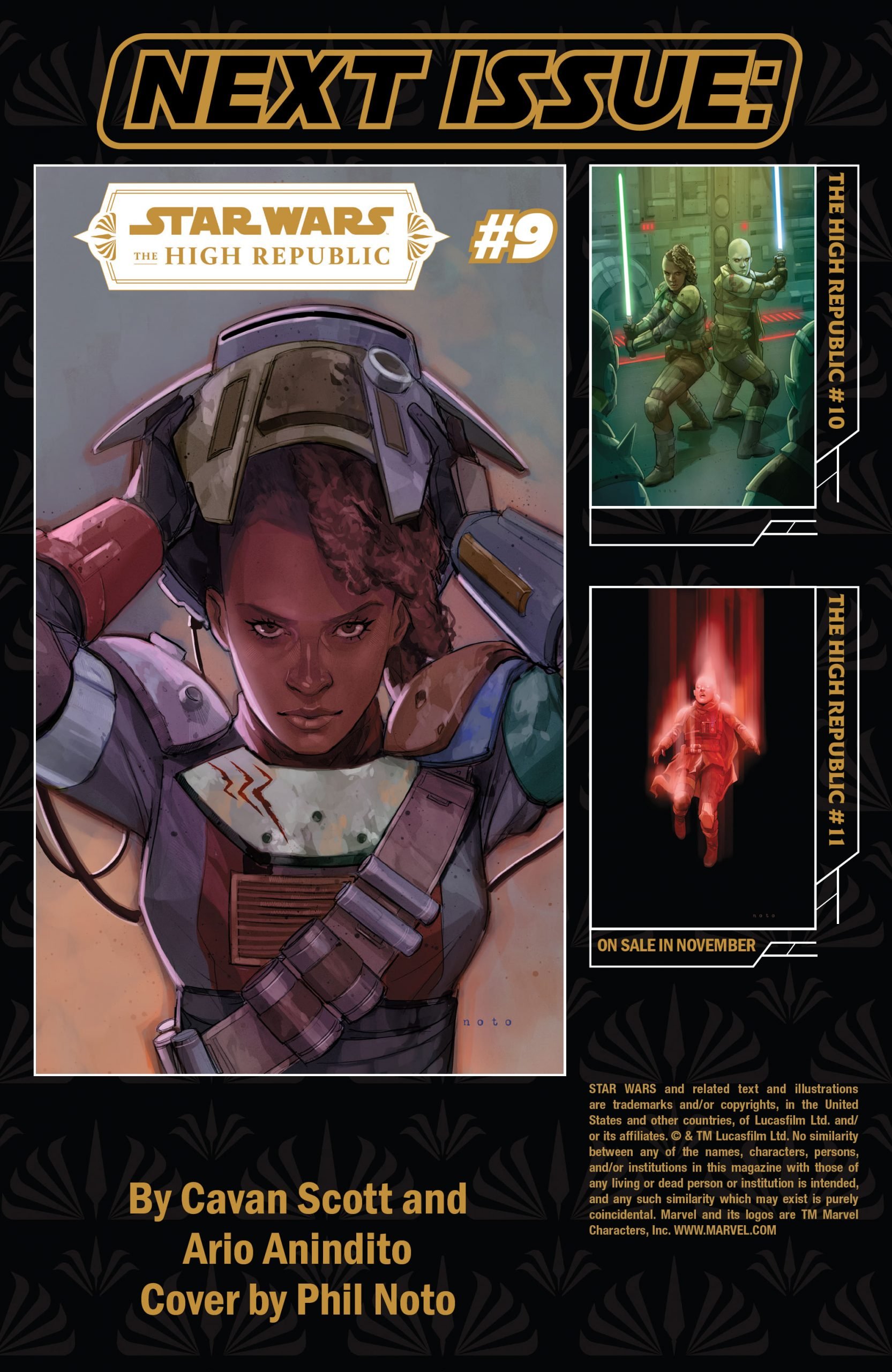 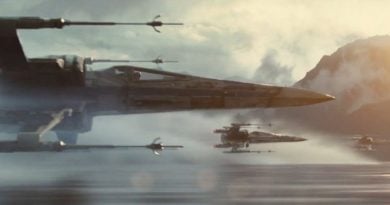 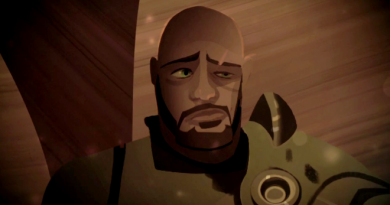 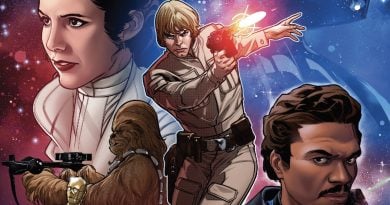 Review: Luke Struggles with the Truth in Marvel’s Star Wars #1