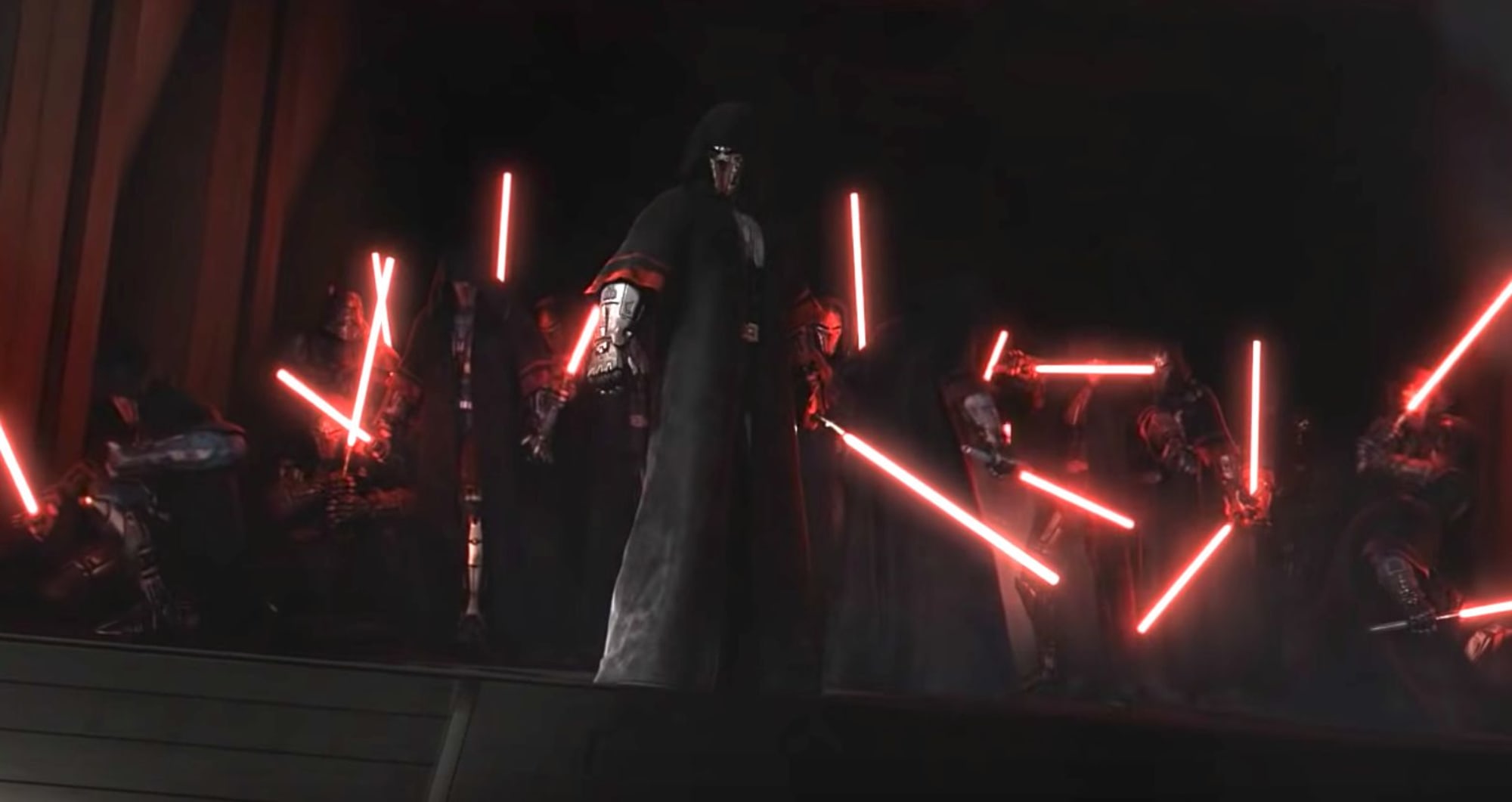 Electronic Arts has continued work on Star Wars: The Old Republic even after the Legends decision made it non-canonical. Recently, word has gotten out that a new expansion to the game, Legacy of the Sith, is moving forward.

Eagle-eyed readers from r/GamingLeaksAndRumours have noticed that EA’s French website accidentally revealed a press release for the next chapter of BioWare’s long-running MMORPG. Here’s what it read before they took it down (translated from French to English):

On the 10th anniversary of Star Wars: The Old Republic, BioWare has unveiled Legacy of the Sith, the next major expansion that marks the start of an exciting new era for the successful MMORPG. Legacy of the Sith will continue to develop the story of Star Wars: The Old Republic in the ever-moving Star Wars universe, immersing players in a military campaign to capture a planet vital to their faction in order to to uncover the ultimate plan of the renegade Sith, Darth Malgus. This expansion will also bring improvements to the SWTOR gaming experience., thanks to a new feature, Combat Styles, which expands player options and adds many quality of life improvements. Star Wars fans will have the opportunity to rediscover the award-winning story of Star Wars: The Old Republic in the Legacy of the Sith expansion for the holiday season on PC via SWTOR.com and Steam. The expansion will kick off the 10th anniversary celebration that will take place throughout 2022 and bring you new content, events, updates and more.

The Legacy of the Sith expansion will take players on an adventure to the far reaches of the galaxy, including the aquatic planet of Manaan, in pursuit of Darth Malgus. This major update will increase the maximum level players will be able to reach by 5 levels, up to level 80. Sizable new challenges will be introduced in Star Wars: The Old Republic, along with new collaboration missions, such as a contentious area in a mountain-top tomb on the isolated planet of Elom, and an operation in the remains of a space research station.

This new expansion will introduce a new feature, Fighting Styles, which will further expand the personalized Star Wars experience of SWTOR . Fighting Styles allow players to fulfill their wildest Star Wars dreams by choosing a specific class story and combining it with powers from other tech or Force-using classes. All players old and new alike can look forward to upgrades for their next Star Wars character thanks to a revamped character creation system. Additionally, item and equipment updates, as well as standardization of class designs, will further improve the Star Wars: The Old Republic for all players.

The Old Republic was first released on December 20, 2011, and judging by the press release, the target release date for this expansion should be around this time. The game had an infamously rocky start, but thanks to a dedicated fanbase and the continued efforts of the staff, The Old Republic has managed to stay strong nearly a decade after people first played it.

EA Play will be held on July 22, 2021. Star Wars: The Old Republic, and possibly other Star Wars titles, will be formally announced there.

UPDATE: The official TOR Twitter and Twitch accounts have confirmed the news with a Tenth Anniversary stream and thread. Legacy of the Sith is coming Holiday 2021.

Announcing “Legacy of the Sith”, the next expansion for Star Wars: The Old Republic! Coming Holiday 2021. https://t.co/CQnTNIMEJH pic.twitter.com/nuyp4nz8oP