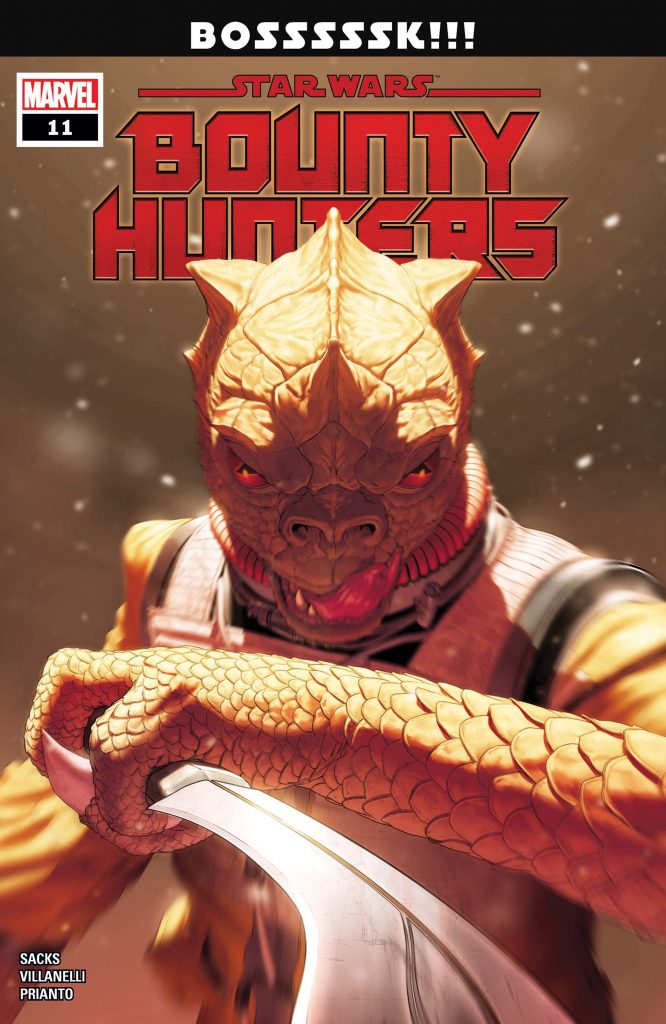 THE GREAT HUNT OF MALASTARE! BOSSK awakens to find himself as the hunted instead of the hunter on the forest planet of MALASTARE. But who is the mysterious figure behind the hunting party stalking the infamous TRANDOSHAN? A special solo adventure starring the most savage bounty hunter of all!

A great place to jump on if you’re new to the series or just want to enjoy a detached story, this is a very visual issue and Paolo Villanelli’s art really showcases Bossk’s vicious nature. This is Bounty Hunters at its best: a simple story, good action, and a Trandoshan on a rampage.

Designed as a palette cleanser between the previous arc and the following War of the Bounty Hunters crossover, this works as a perfect one-shot. Full review with spoilers here.