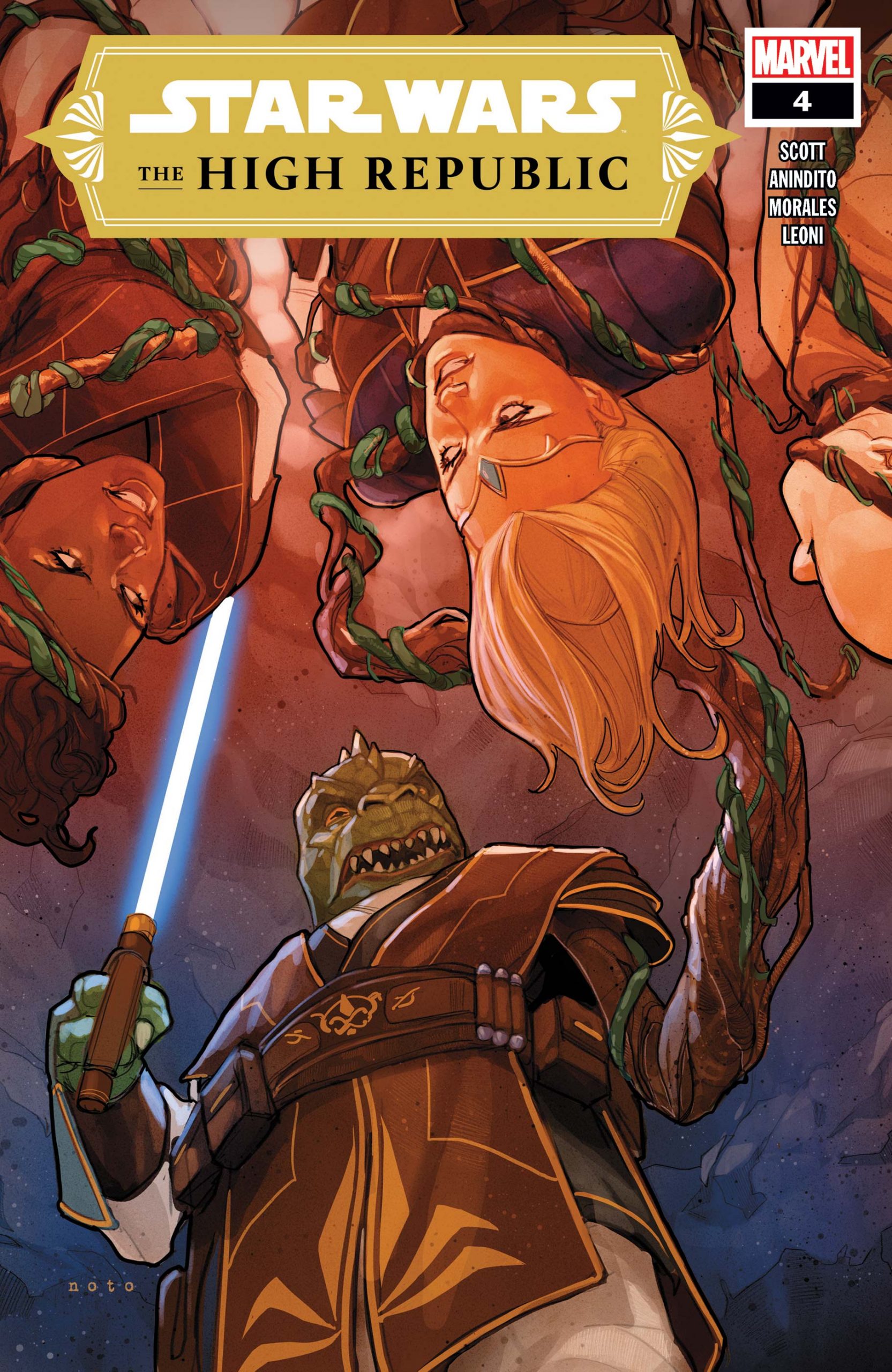 THE JEDI TURNED AGAINST EACH OTHER?! AVAR KRISS and her band of brave JEDI helpless in the clutches of a traitor in their midst. STARLIGHT BEACON under attack from an insidious foe. Danger from an age-old enemy. Who is really pulling the strings on the distant planet of SEDRI? Plus: The secret history of the terrifying DRENGIR revealed.

With amazing art and an intriguing storyline, this series continues to impress. This issue is an impressive middle entry, with lots of twists and action, while also delving into the history of the Drengir. If you’ve made it this far into the series you’ll definitely want to keep going after this issue, it’s a non-stop ride! Read the full review with spoilers here.