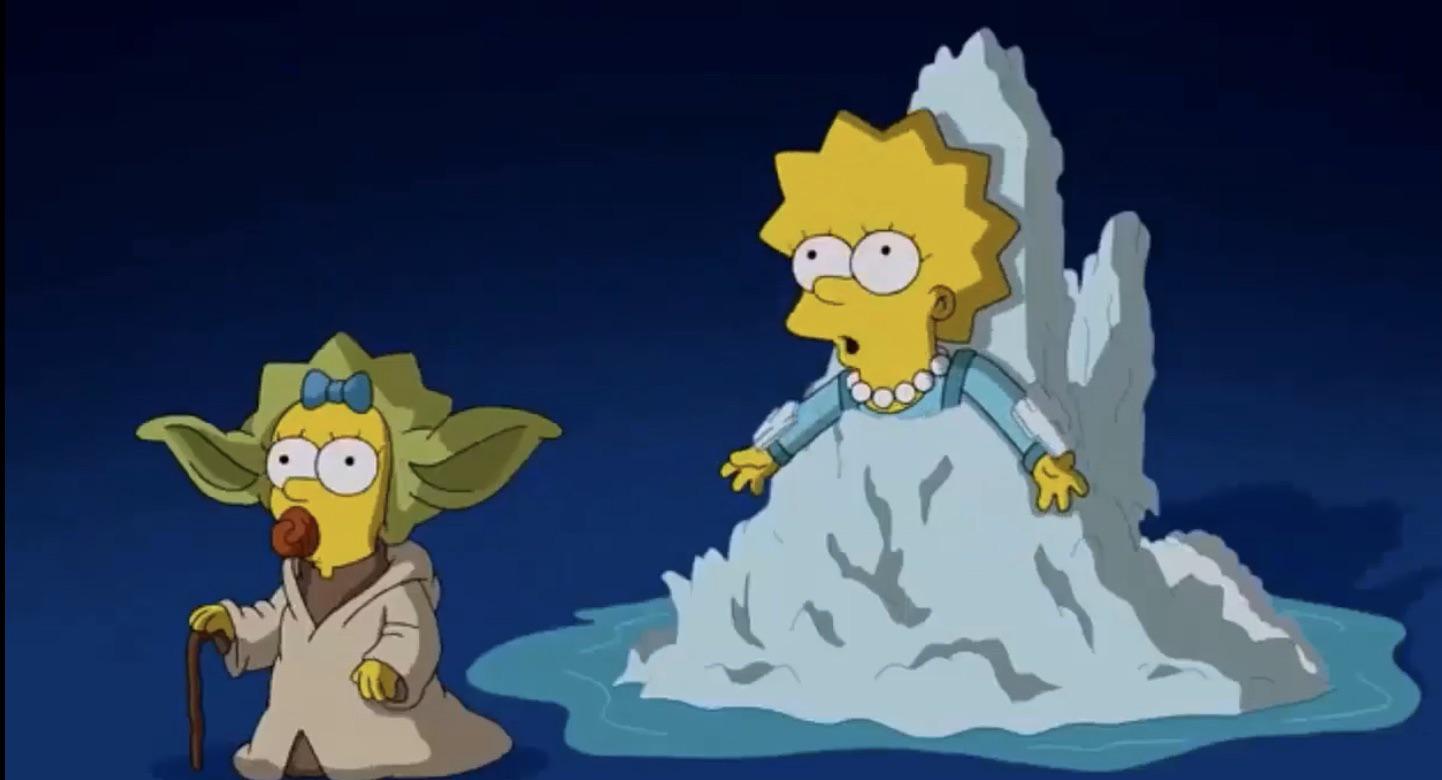 After experimenting with two shorts on Disney Plus, The Simpsons is getting a new one with a Star Wars theme. This in addition to The Bad Batch, Biomes, and Vehicle Flythroughs all being added to the service.

The short, Maggie Simpson In: The Force Awakens From Its Nap, is set in the universe of The Simpsons and will hit Disney Plus tomorrow on Star Wars Day. The promo art features elements from the original, prequel, and sequel trilogies, indicating that there won’t be a stone left unturned in the latest spoof. Check it out below:

In a daycare far, far away… but still in Springfield. Maggie Simpson in “The Force Awakens from Its Nap” is streaming tomorrow, May the 4th on #DisneyPlus. pic.twitter.com/bYp4sb5Szx

Variety reports the premise for a new short where The Simpsons tackle Star Wars once again:

In a daycare far, far away… but still in Springfield, Maggie is on an epic quest for her stolen pacifier. Her adventure brings her face-to-face with young Padawans, Sith Lords, familiar droids, Rebel scum, and an ultimate battle against the dark side, in this original short celebrating the Star Wars galaxy.

But that’s not all. Variety also pointing out details on other programs dropping on the same day. First up is the description for Biomes, a docuseries based on the planets of Star Wars:

Take a virtual vacation to some of the Star Wars films’ most iconic and beloved locations like Hoth, Tatooine, and Sorgan as this charming series whisks you off for fly-over tours of a galaxy far, far away.

Next up is the description to Vehicle Flythroughs, which detail how the ships of Star Wars are put together:

Get up-close-and-personal with two of the Star Wars films’ most iconic and beloved ships as this charming content leads viewers on an exploration of the memorable interiors and exteriors of the Millennium Falcon and an Imperial Star Destroyer.

And lastly, there are details for the main event of the day, The Bad Batch:

The series follows the elite and experimental clones of the Bad Batch (first introduced in The Clone Wars) as they find their way in a rapidly changing galaxy in the immediate aftermath of the Clone War. Members of Bad Batch – a unique squad of clones who vary genetically from their brothers in the Clone Army — each possess a singular exceptional skill which makes them extraordinarily effective soldiers and a formidable crew. In the post-Clone War era, they will take on daring mercenary missions as they struggle to stay afloat and find new purpose.

New art for each of the eleven Star Wars movies will be included on Disney+, along with art for The Clone Wars and The Mandalorian.

So far, there is no word on whether or not Star Wars Detours will finally be released, but the series was described as a potential surprise-drop. It’s also possible that the series could be saved as a “rainy day” thing. With any luck, these additions on Disney Plus won’t be the only things that we’ll get this Star Wars Day.

Maggie Simpson In: The Force Awakens From Its Nap will begin streaming tomorrow on Disney+ on Star Wars Day, alongside The Bad Batch, Biomes, and Vehicle Flythroughs.