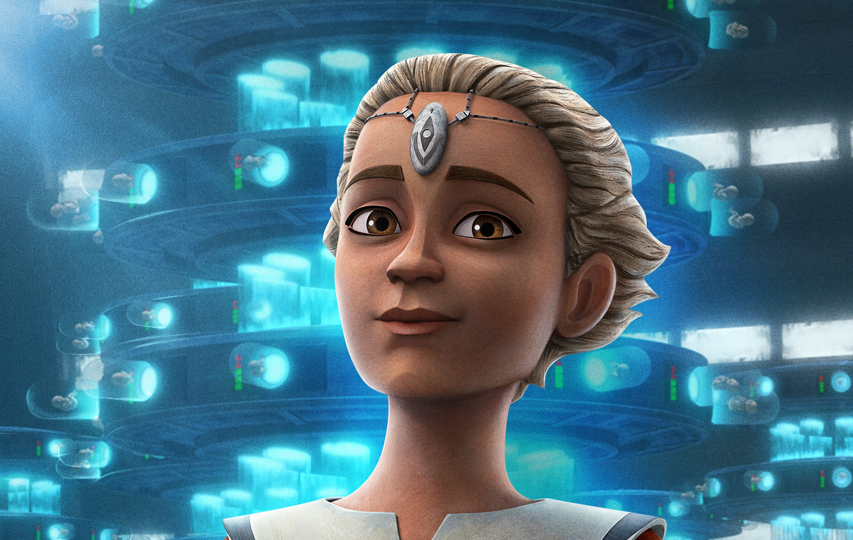 After all five members of Clone Force 99 received their character posters (the last one was released yesterday), another character from Star Wars: The Bad Batch received the same treatment. It is of course the case of the mysterious little girl, Omega, as we speculated yesterday.

Omega made her debut on the final trailer for the show, which hit around a month ago, and fueled a lot of speculation about a Palpatine connection due to her looks (especially her hair). We will learn more about her as the episodes go on, starting tomorrow, and continuing every Friday after that. Although no official episode count has been given for The Bad Batch, Kevin Kiner said in an interview last month he’d just finished scoring the 14th episode, which could lead us to believe that there will be as many of those. We will find out for sure as the show starts airing. Here is the new poster: 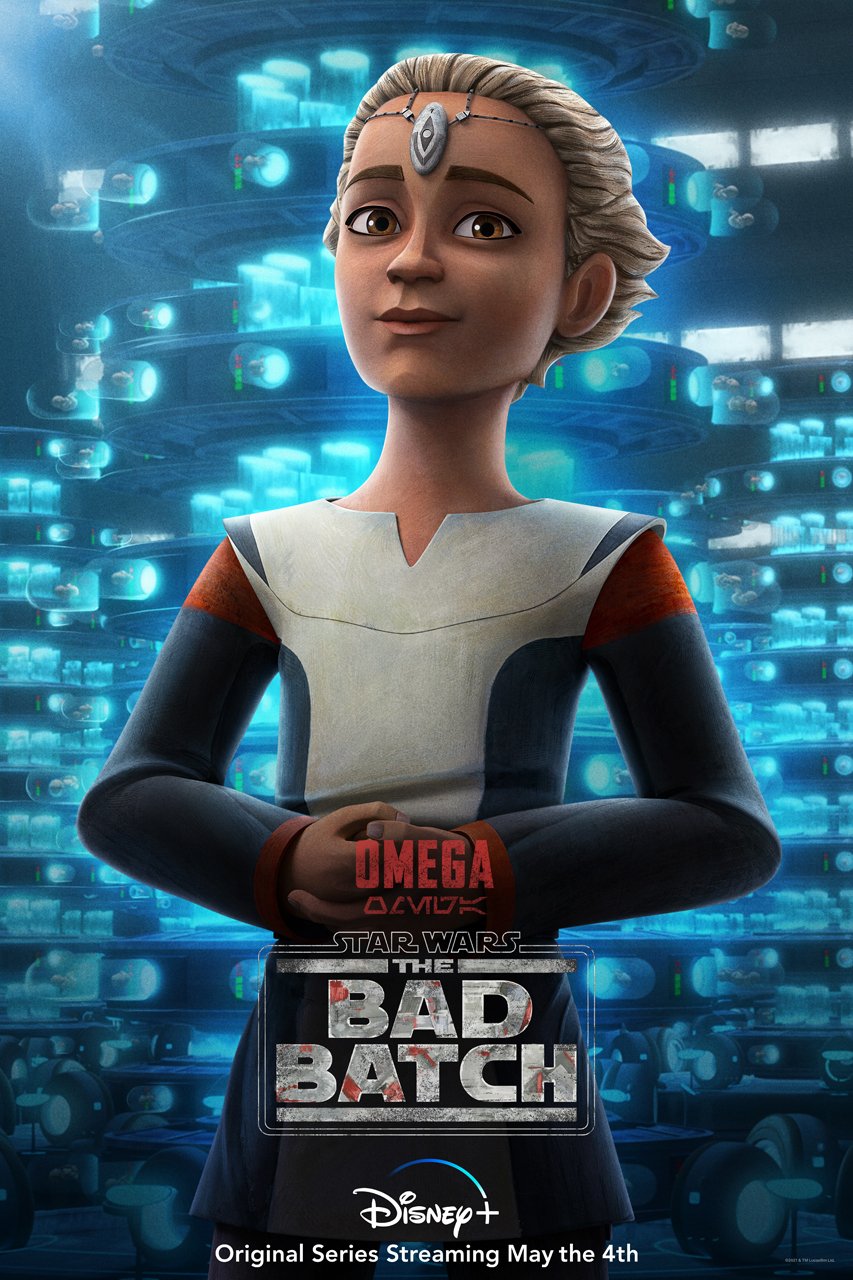 The group was officially introduced into canon through the first four episodes of The Clone Wars season 7, last year’s revival of the series. However, the story arc had been in the works since before Disney took over, and was going to be part of the original season 7, but in the middle of development, the show was canceled. George Lucas was still working on the show, and the very idea of a group of faulty clones was his.

Also check out our own James Baney’s spoiler free reaction for the pilot episode:

Review: Surprise! #TheBadBatch is basically The Clone Wars 🙂
However this time around, many loved characters won’t be there.
“Aftermath” convinces ME to stick w/ the show long term, but can the clones & newcomer Omega become the NEW “loved characters?”
We will see!-James Baney pic.twitter.com/AW1irzt5ef

The show premieres on Disney+ tomorrow, on May 4, with new episodes streaming weekly every Friday, starting May 7.