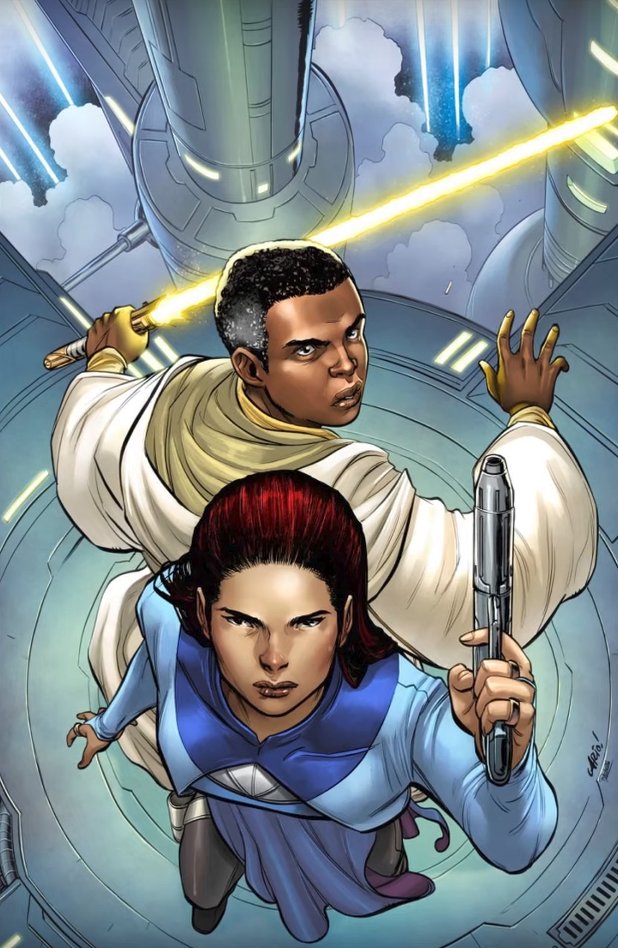 The High Republic is going from strength to strength as a new comic book is coming from writer Daniel José Older, with art by David Wachter, and colors by Giada Marchisio.

Following the shocking events of the Republic Fair, the Jedi call upon one of their own, Emerick Caphtor, to investigate a strange mystery with ties to the Jedi Order. At the same time, Chancellor Lina Soh calls upon Sian Holt, a high-end, in-demand private detective to look into the same mystery. But will either solve this riddle before anyone else dies?

The Republic Fair is an event used to try unify planets in the galaxy, and will be one of the focal points of most of The High Republic works coming out in the next few months.

The duo of Emerick and Sian are compared to The X-Files duo Fox Mulder and Dana Scully. ‘One is more spiritual with the Jedi conduct, has his own personal and emotional approach to things, and the other is more into the detective side: sharp, practical and logical. Those personalities made interesting chemistry.’

For the full announcement, along with Older and the teams thoughts, check out StarWars.com