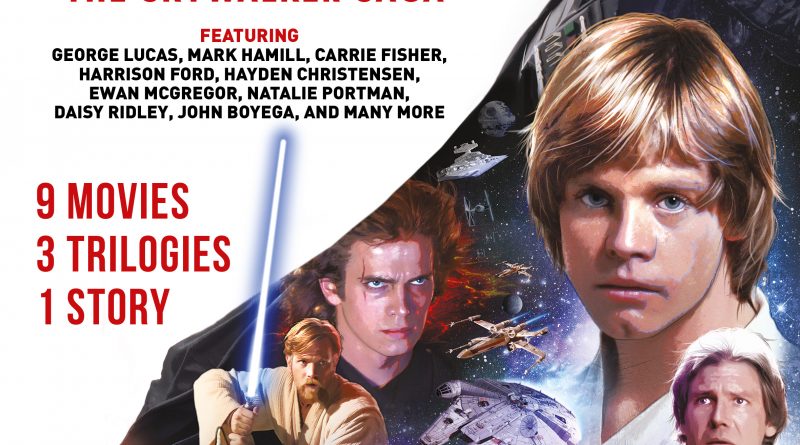 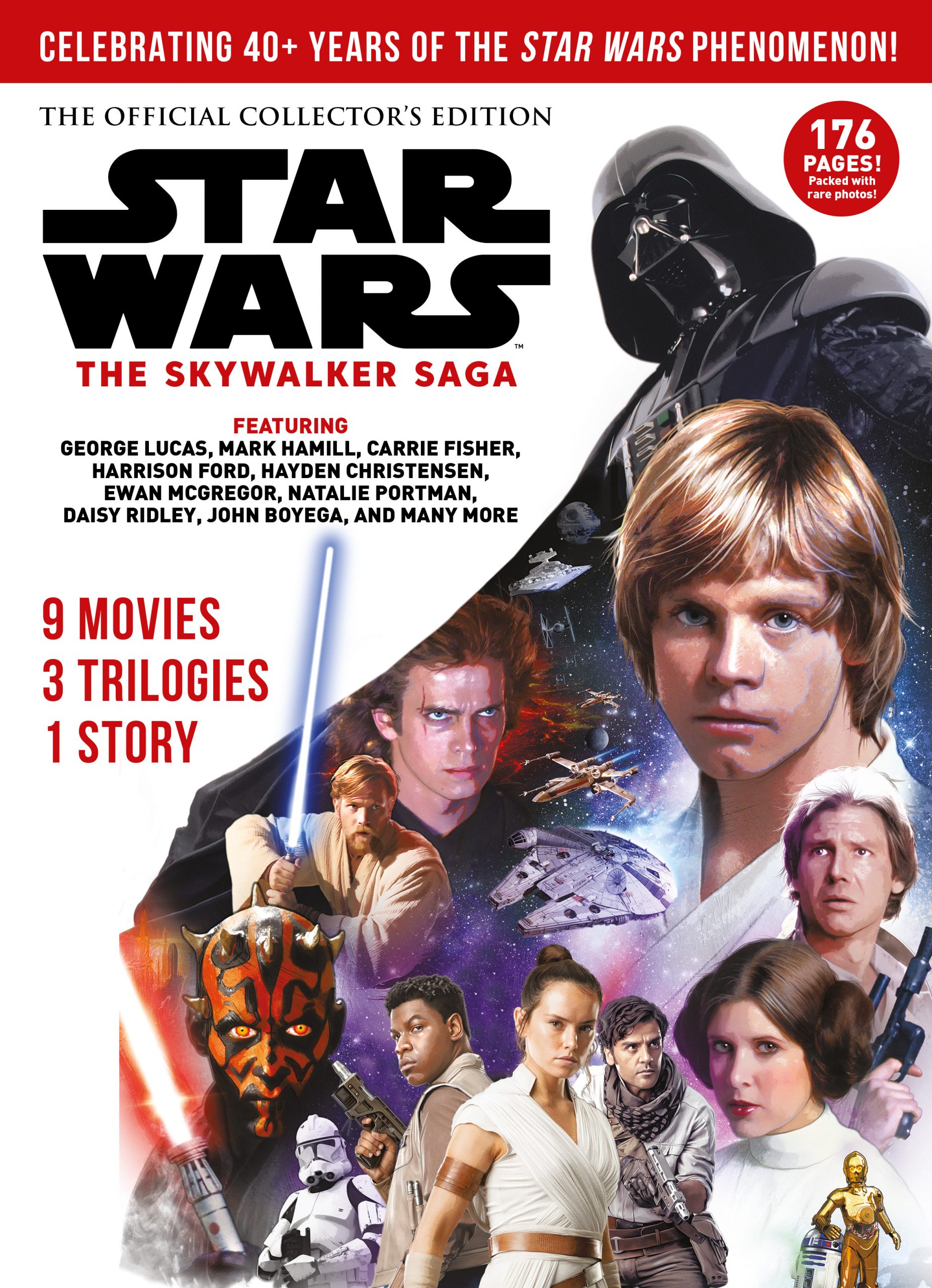 Star Wars Insider is the official Star Wars magazine, which started running in 1994 and was the successor of two preceding publications: Bantha Tracks, which ran from 1978 through 1987, and Lucasfilm Fanclub Magazine, 1987-1994. In a special edition for May the 4th (on sale on this date), the magazine collects exclusive interviews and images that have been premiering on these publications over the past forty years, to guide the reader through a wonderful recap of the nine films that constitute the Skywalker Saga. The new edition features direct quotes from all quadrants of people involved in the making of the films, from George Lucas himself to Mark Hamill, Ahmed Best, or Michelle Rejwan, and everyone in between.

This special issue is divided into nine chapters, with each one focused on one of the main saga films. They follow the story order, that is, we start with Star Wars: The Phantom Menace, and end with Star Wars: The Rise of Skywalker. In addition to having small interviews with the vast majority of the cast and crew members from each movie, the magazine also features some very rare behind-the-scenes images that the fandom doesn’t come across as often. Finally, a page of trivia facts awaits every reader by the end of each chapter of the magazine (that is, each movie). 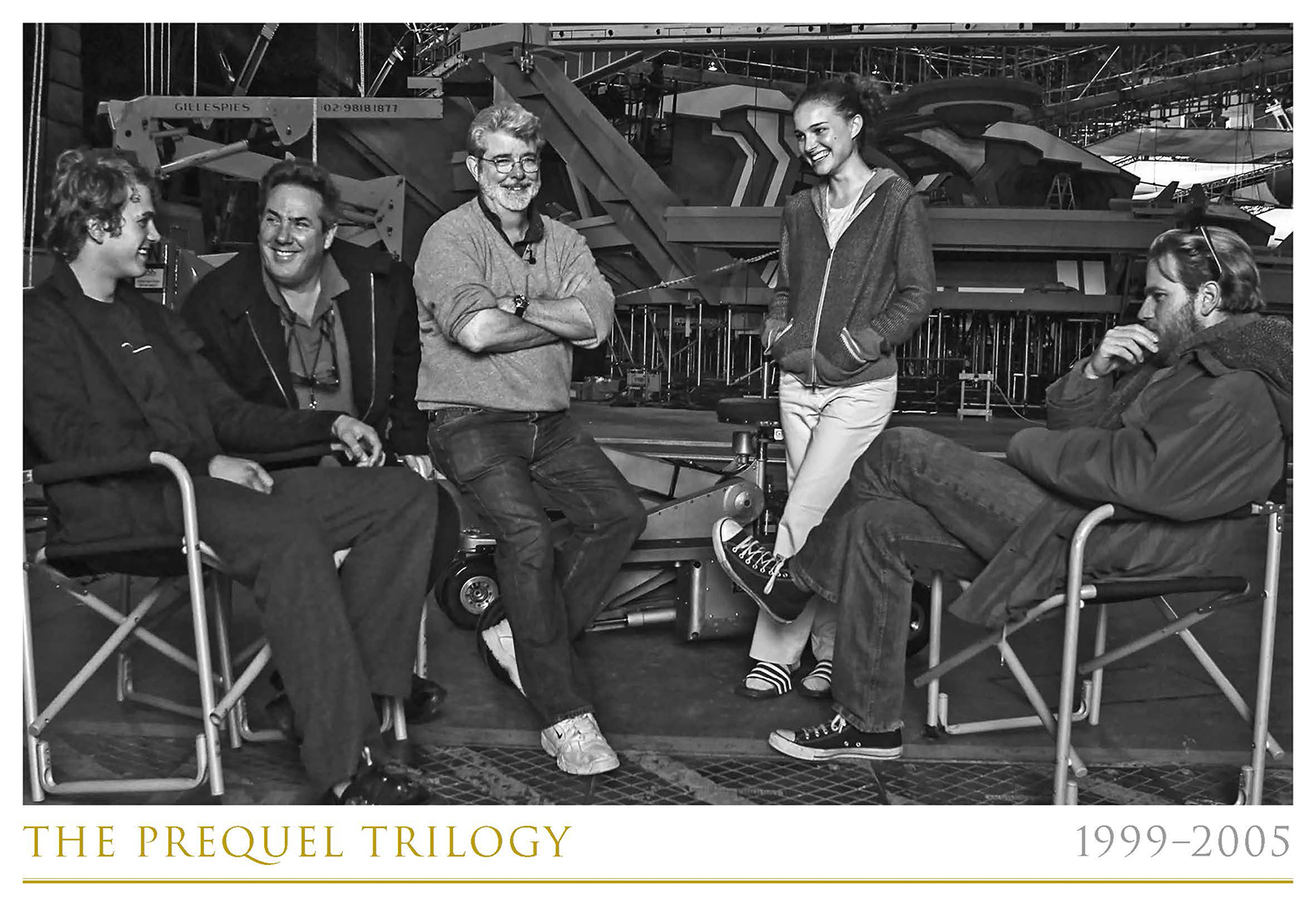 The section dedicated to the prequel trilogy is kicked off by this amazing picture, and it never goes down from there. The chapter dedicated to The Phantom Menace features quotes from everybody involved, from George Lucas himself, to Rick McCallum (producer), Liam Neeson, Ahmed Best, or even Natalie Portman. Most of it covers the topic of the comeback of Star Wars after a 16-year hiatus, and the introduction of the new technology by Lucas to fulfill all his dreams as a storyteller. As he puts it, “The technology hadn’t evolved enough for me to really do what I wanted to do. It’s frustrating to work in a very limited palette. You might say that on the first three films I worked in a black and white palette but, with the second trilogy, I was able to add a lot more color.”

Star Wars: Attack of the Clones

Two newcomers to the franchise, Christopher Lee and Hayden Christensen, make their debut in this section of the magazine to describe in-depth their character arcs for Episode II. However, we also see most of the cast and crew return from the previous movie, both on the screen and on the paper — Natalie Portman goes on to describe who is Padmé, why she is so relevant in such a chaotic time, and what makes her different from any other female protagonist out there. Other newcomers in this movie are Temuera Morrison, as well as digital Yoda! Both roles are discussed in-depth.

Star Wars: Revenge of the Sith

This is a rare movie in Hollywood to make, because it is one where the fans know exactly what happened before, and they know exactly what happens next. And yet, it was one of the most anticipated movies ever — the cast and crew discuss this in this section of the magazine. Also, one of the things that make this movie work, as well as work in the grand scheme of things, is the relationship between Obi-Wan and Anakin. Both actors discuss how their friendship off-camera was brought into the movie. Ian McDiarmid (to no one’s surprise) also has some of the best quotes from the magazine in this chapter. It’s also interesting to see how George Lucas viewed at the time his involvement with Star Wars, especially if we bear in mind that by that point they were already planning The Clone Wars series, and not long after, the ABC series Star Wars: Underworld would begin development. 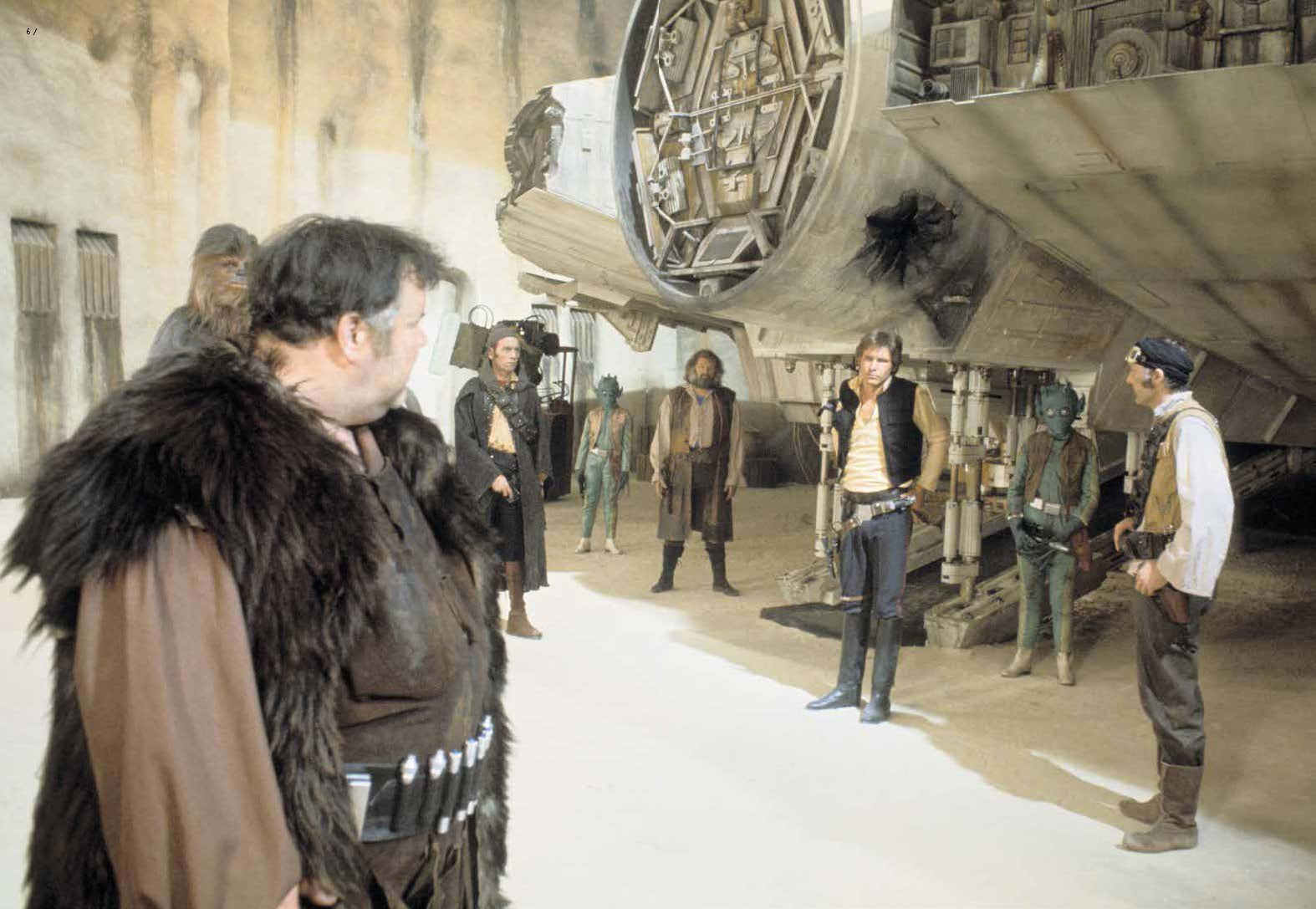 This is a big one, of course. The mystery of how Star Wars worked in 1977 and how it resonated with so many people will be one to remain unsolved forever. Each of us has a different answer, and in this chapter, we get to hear from the makers themselves — every cast and crew member from the original film is featured in this section of the magainze, from Mark Hamill himself to David Prowse or Peter Cushing. There is not much left to say.

Star Wars: The Empire Strikes Back

Another big one. This is, how many people put it, the Empire Strikes Back of the Star Wars movies. And for good reason. Irvin Kershner describes the process of collaboration between his EP, George Lucas, and his writer, Lawrence Kasdan. What a phone book! As you can imagine, one of the biggest elements in the movie is also one of the biggest elements of the chapter — Jedi Master Yoda. Frank Oz even talks about how he got the producers to send him the full script since they had only sent him his pages, as they wanted to keep everything a secret. It’s like they were living in today’s Lucasfilm environment already.

Star Wars: Return of the Jedi 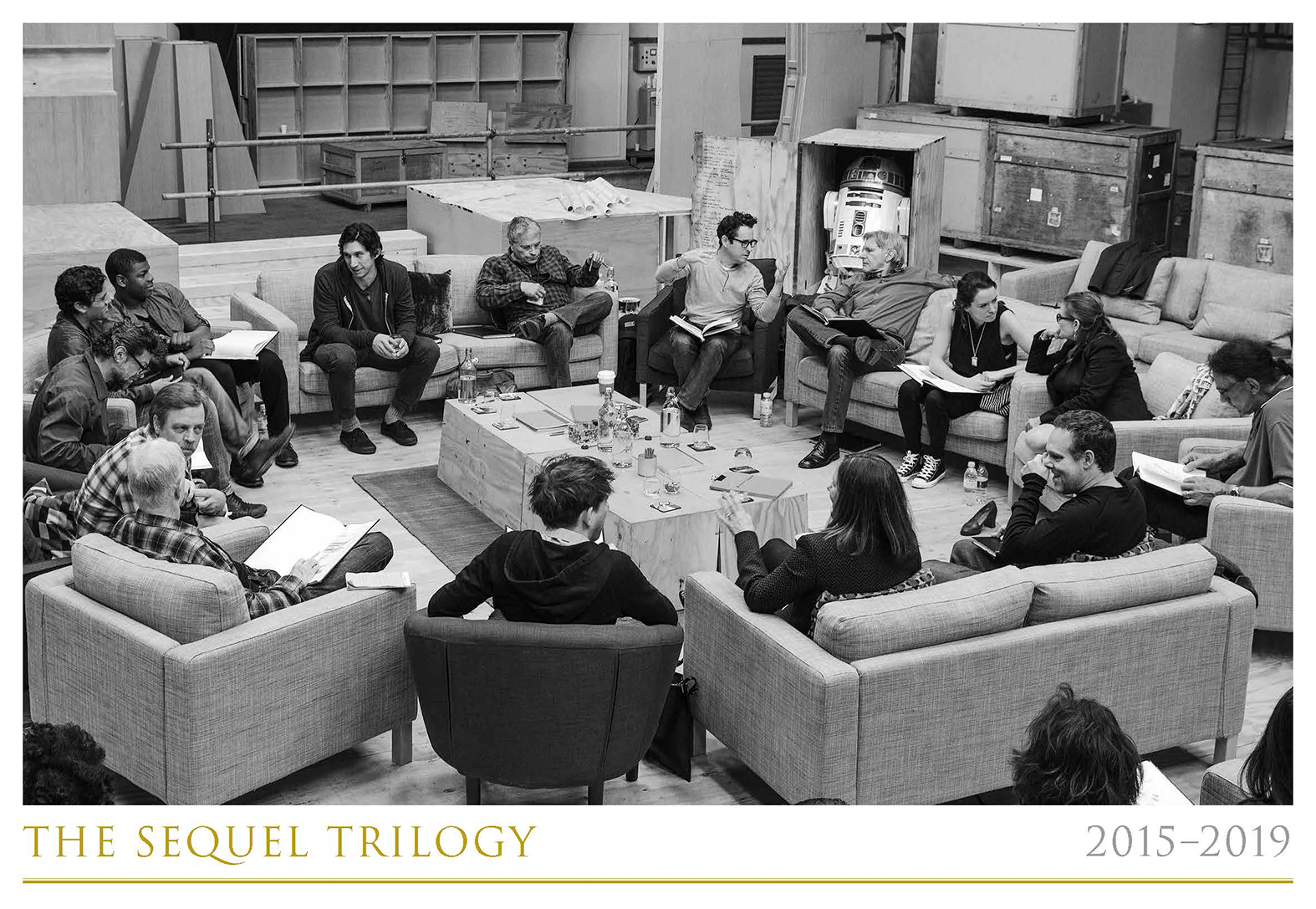 Reading this section of the new edition feels like jumping into a time machine. Everybody feels so excited to be back, or to be introduced for the first time. It is a 2015 time capsule, and that’s as much a compliment as one can give to a piece of Star Wars material. That excitement and that sense of wonder hadn’t been present in the franchise since 1999 before that. Everybody, from Kathleen Kennedy to J.J. Abrams or Carrie Fisher, makes an appearance here.

While this is a divisive movie, it’s perhaps safe to say (to the point that everybody would agree) that The Last Jedi, for good or bad, took the franchise into new and uncharted territory. As we know, this is a sentiment that Mark Hamill himself also shared during the production, and in this eighth chapter of the magazine, both Hamill and Daisy Ridley talk at length about their experiences with the movie, the script, and even working with each other. Carrie Fisher also makes her final appearance in this chapter.

Star Wars: The Rise of Skywalker

Obviously, this is just a taste of what’s inside this amazing edition of Star Wars Insider, a special released for Star Wars day (May the 4th). To subscribe, you can use one of the following links:

REST OF THE WORLD SUBSCRIPTIONS 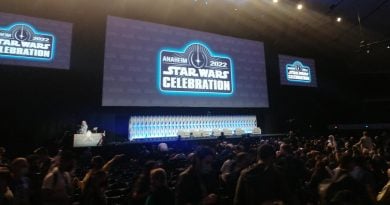 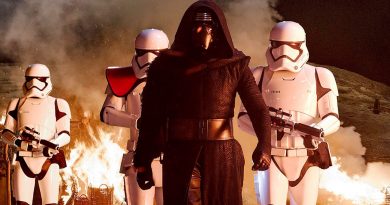 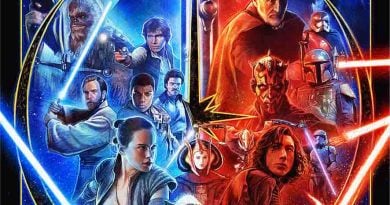