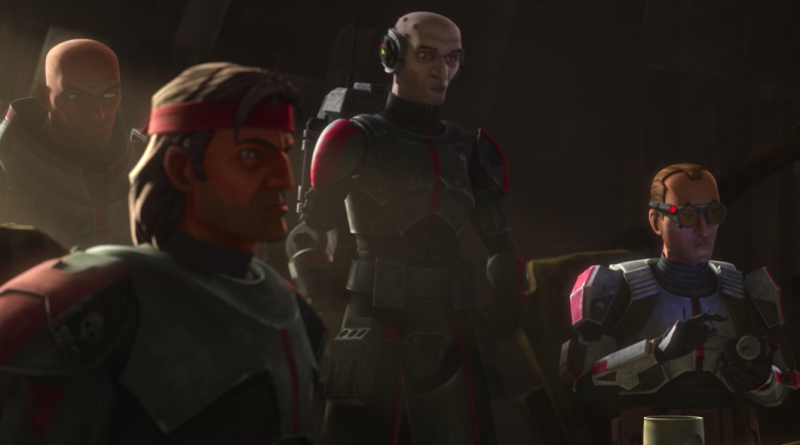 After May the fourth’s Seventy minute debut episode earlier this week, today’s second episode returns to the Friday slot we’ve become used to for our Star Wars Disney+ content.

While Aftermath had to do a lot of the heavy lifting: introducing us to the series, new characters, and transitioning from the Clone Wars era to Imperial reign, the Cut and Run settles into something more episodic, akin to what we’ve seen in The Clone Wars and Rebels. Luckily the 30 minute runtime (26:30 without credits) allows the episode a bit more time to breath and explore Omega, the Bad Batch as individuals, and even check in with old friends.

Lets jump into the plot. 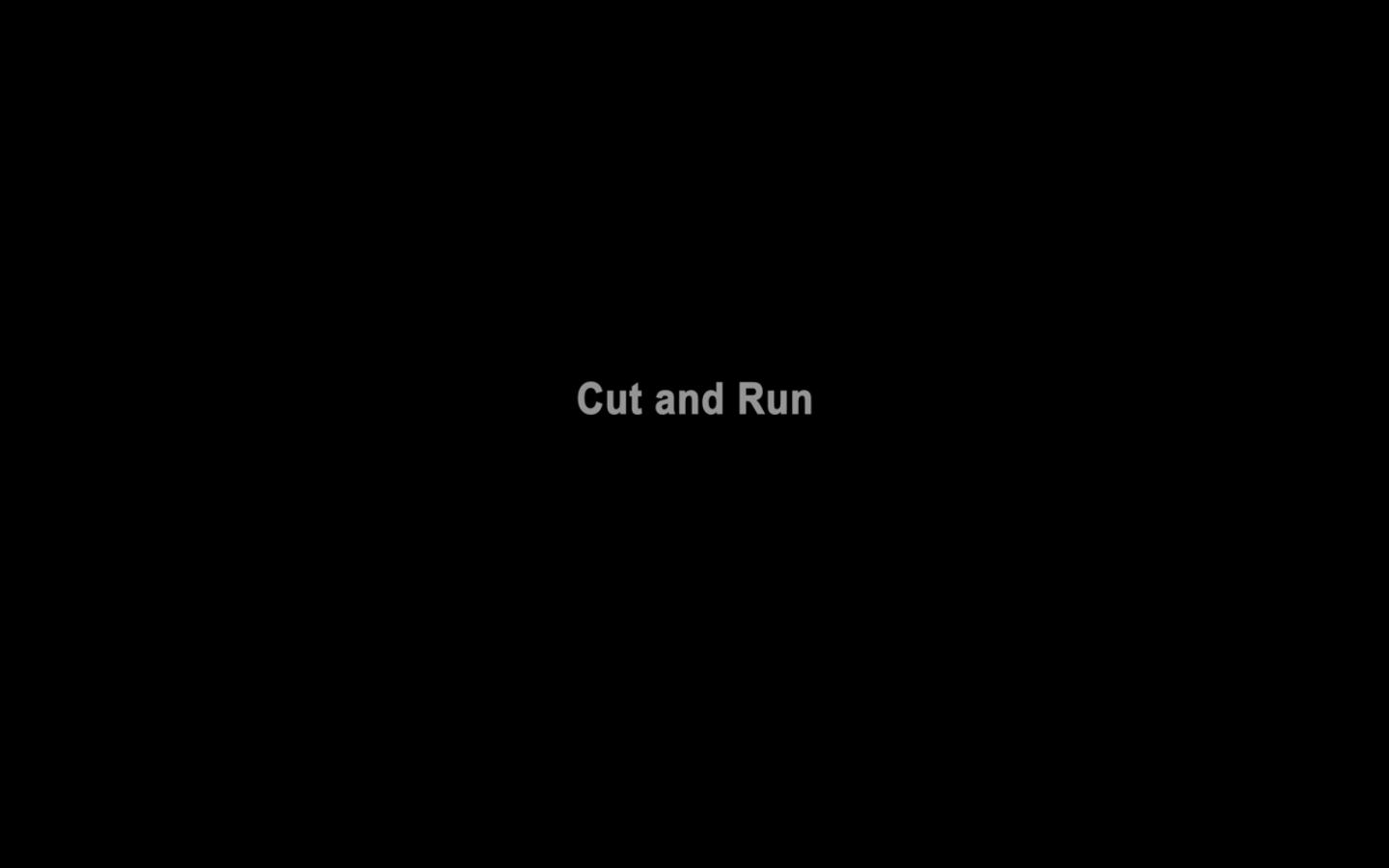 Cut and Run picks up where the first episode left off, with the Bad Batch and Omega travelling to see an old contact. We soon find out that that contact is Cut Lawquane, the Clone deserter we see Rex meet in season two of The Clone Wars. The episode premiered on January 2010, it’s crazy to think its been over 11 years since we last saw the Lawquane family (which means we’re further away from this Clone Wars episode than it was from the premiere of The Phantom Menace!).

The team land on Saleucami and disembark, heading towards the family’s farm. What follows is a cute scene of Omega setting foot on not only another planet for the first time, but since she grew up on the constructed platforms of Kamino, the fist time she’s ever felt real ground beneath her feet. Her picking up and examining the dirt not only lets us see Omega’s innocent wonder but also the amazing detail of the animation.

We learn the team are their to learn how to lie low and stay off the radar, and Cut had been doing that with his family for years. It’s interesting to see Echo’s ‘reg’ side appear as he comments ‘and you trust a deserter?’ with Tech plainly answering ‘Why not? We’re all deserters now’; this is the first step to a lot of big changes the team will have to adjust to this season.

The team quickly find Cut and his wife, Suu, mostly due to Wrecker setting off the perimeter defenses. They all settle down to talk and discover that Rex was there just one day before, to Echo’s surprise. A little character tease, but also a good segue for our characters to talk about the chips inside the clones brains, something Omega and Tech know more than the rest about: big time followers of Star Wars will know most of this, but this exposition is handy for those only just starting out in the animated world.

Suu and Cut’s children appear, excited to see their ‘Uncle Wrecker’ and go to play with Omega. It’s amusing and quite endearing watching Omega learn to connect with people her own age and the concept of throwing and catching a ball ‘to have fun’.

Cut and Hunter talk about what Omega’s enhancement is, Hunter brushing it off since she’s just a child. We just know it’s going to be something good and a big focus later this season (bets are high online it’s that she’s force sensitive but while the first episode leans into that theory, this one does less so). The men also talk about raising a child, and that it’s no easy task.

Thanks to Rex’s warning Cut knows that trouble is coming, more and more Clones are appearing on the planet and the law is being laid down. Cut needs to find passage off-planet, but he wants to do it legally, otherwise if he’s found travelling with the wanted Bad Batch, it means trouble for his family.

Hunter and Cut head into town to book passage for the family. Cut does the Star Wars equivalent of ‘a baseball cap always hides your identity’ and Hunter doesn’t even bother to take off his bandana; but if you look that cool in one, why would you ever take it off? I suppose he looks unlike most of the clones so he can get away with it.

Booking passage turns out to be a problem. With the new Galactic Empire you need to exchange your invalid credits for Imperial credits and get a chain code in the process, something that requires being put into a database. A public holo-message talks about the war’s end bringing opportunity and prosperity for all.

It’s cool seeing the transition from the Republic to the Empire happening, even if it is quite a sudden one. I’m sure Palpatine had all this propaganda ready and waiting to quickly clamp down on his new power.

Meanwhile, Omega retrieves a ball beyond the farm’s perimeter and is attacked by a Nexu (seen in Attack of the Clones). She is quickly saved by Hunter’s knife skills and Suu’s proficiency with a sniper rifle. The Nexu runs off and no one is hurt, but Hunter loses his cool at the child, treating her like a soldier. Luckily, Cut steps in and looks after Omega, making sure she’s not injured and carrying her inside and reassuring her that she’s safe and that’s all that matters. It is a sobering moment for the Bad Batch, especially Hunter, as they realize looking after Omega isn’t as simple as welcoming another Clone into the unit.

Tech believes he can forge chain codes for the family, something Cut can’t sign up for otherwise he’ll be discovered as a deserter. Hunter talks with the Cut and Suu and asks them to take Omega, as they can give her the life he can’t.

Tech and Echo chat on the ship as they work on the forged chain codes, their interactions are one of the highlights of this episode, especially since they both fulfil a very general ‘techy’ role within the group. Defining Echo as the standard solider with interface upgrades while Tech is too smart for his own good at times, and sees things only in logic, is a good way to differentiate the two and allows for fun interactions.

Tech states that the best way to get the disks and copied ID information is to report the ship as abandoned, allow it to get impounded, and sneak from the ship through the port to where the information is stored. Tech and Echo decide to set this plan in motion, informing Hunter only as the ship is being carried away, telling him to meet them at the port later where they’ll hand over the codes to the Lawquanes. Hunter informs them of one small hitch in the plan.

Omega is on the ship.

Omega and Tech stay put while Echo sneaks into the control tower at the port, avoiding the clone troopers he used to call brothers, and interfaces with the computer, downloading the data and stealing the disks. He returns to the ship unseen while Hunter, Wrecker, and the Lawquane family line up at the spaceport, waiting for the disks to arrive.

Tech and Echo realize they’ll never be able to sneak past all the troopers to reach Cut and give him the chain-codes, so Omega steals them when they’re not looking and goes herself. With her on that mission, Echo starts to try and remove the clamp on the Bad Batch’s ship, getting caught in the process and attracting a lot of trooper attention. Wrecker, in classic fashion, joins in on the action and blaster bolts start flying.

Omega makes it just in time, as the family reach the front of the line, handing them their codes. She’s confused why Tech made five and not four though and Hunter is forced to tell her she’s going with Cut and his family, as it’s what’s best for her.

Omega is understandably upset but does as Hunter asks. The chain codes work and the family head towards the transport. Hunter heads back to his team’s ship, which is now being encircled and fired upon by troopers.

In the finale of The Clone Wars Rex and Ahsoka talk about the value of Clone lives, and how even though they were on a ship that was about to crash, they still wouldn’t take the lives of the clones that were once their allies. Bad Batch don’t seem to have that problem, as Hunter mows down multiple troopers on his way to the ship.

After some help from wrecker destroying the clamp, the ship is ready to go. Just as the ships door is about to close, Omega shows up, telling them to wait for her. It’s not a surprising twist, given that she’s a main character, but it’s nice to see her make her own choice as Hunter jumps down to rescue her and brings her back to the ship, which proceeds to take off.

Cut is almost recognized as a clone as he boards the ship, luckily the Bad Batch are a big enough distraction that the trooper has to run off, allowing Cut and his family to enter the ship that takes off and leaves the planet.

It’s a simple story, one we’ve seen before, but it provides the needed character beats for both Omega and Hunter going into the rest of the season as the family dynamic of the team will continue to expand. The episode is propped up by the return of Cut’s family, it’s always nice to see continuations of past stories, especially ones from as far back as when the The Clone Wars was still finding its feet as a tv show.

Depending on how the rest of the series goes, this episode could easily be lost in the ‘set-up’ or ‘filler’ episodes but it still has a lot of heart and warmth to offer: themes of family and change, banter between Tech and Echo, and, of course, amazing visual gags like Wrecker bicep curling a Gonk Droid.

Also make sure to check out James Baney’s spoiler review of “Cut and Run” below:

Like the first episode, this one gets me excited for the whole series, and the prospect of fourteen more episodes. Until next time, may the force be with you. 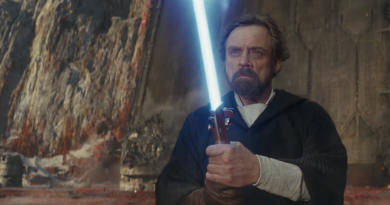 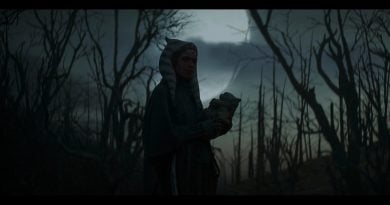 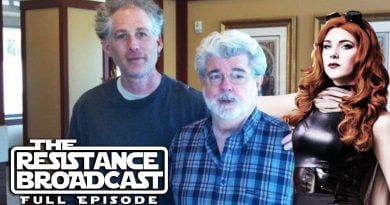