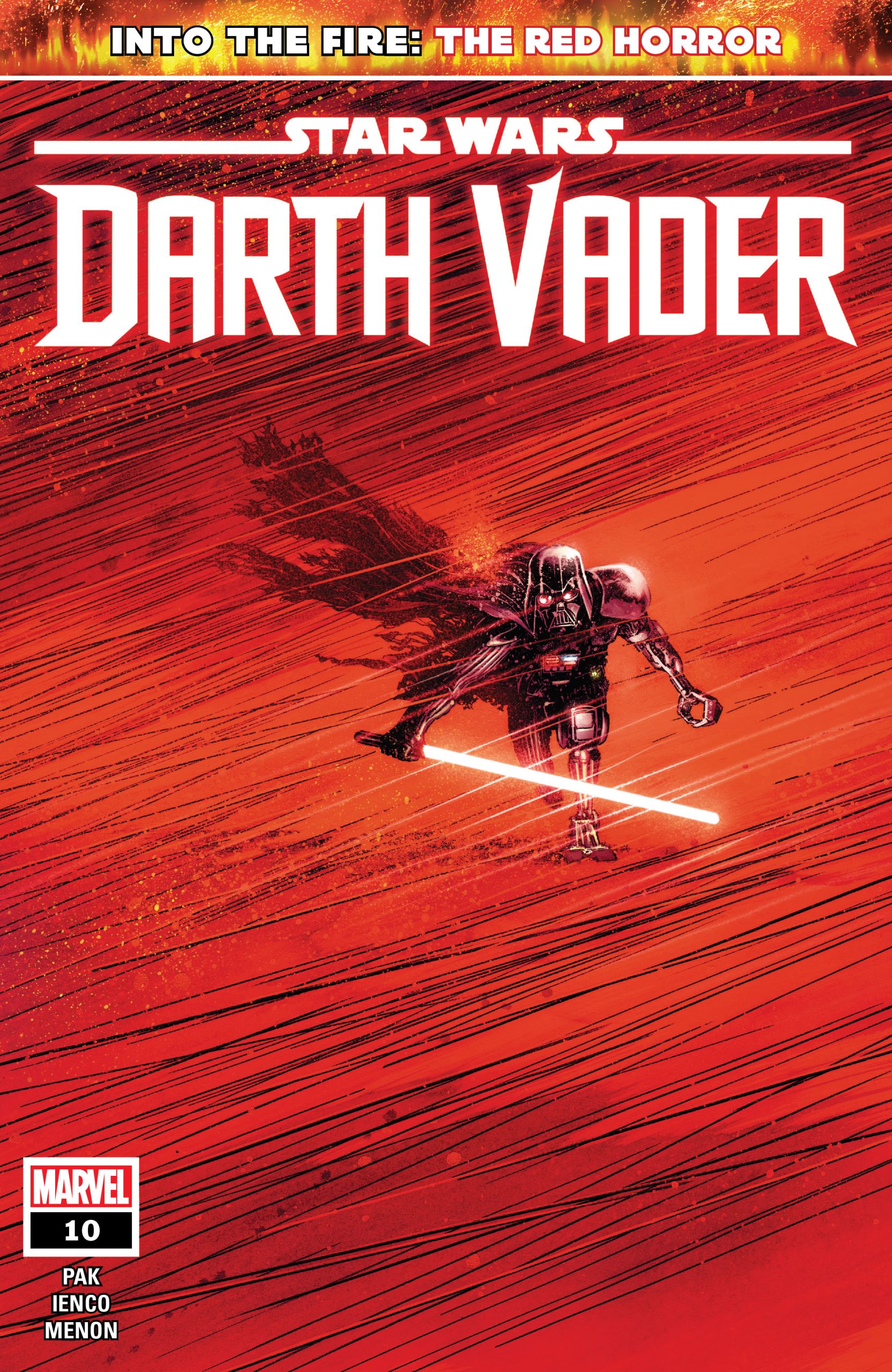 THE RED HORROR! After passing the test of THE EYE OF WEBBISH BOGG, DARTH VADER has learned the route to the hidden location of THE EMPEROR’S greatest secrets! But in THE RED NEBULA along the way, can Vader survive the onslaught of the greatest predator in the galaxy? Especially if the monster’s most brutal attack transcends the physical? And what horrors await the Emperor if a transformed Vader makes it to his dark door?

This issue combines all the classics of a Vader story: Dogfights, beasts, and tortured flashbacks/hallucinations about Vader’s decisions. It might not be the best Vader ‘vision’ issue but it does raise interesting questions about how the dark lord of the Sith feels about his relationship with Luke.

Writer Greg Pak’s run has been a fascinating mix of prequel, original, and sequel trilogy storylines/characters coming together and this is the epitome of that; continuing the trend of strong Vader comic book storylines. Read the full review with spoilers here.