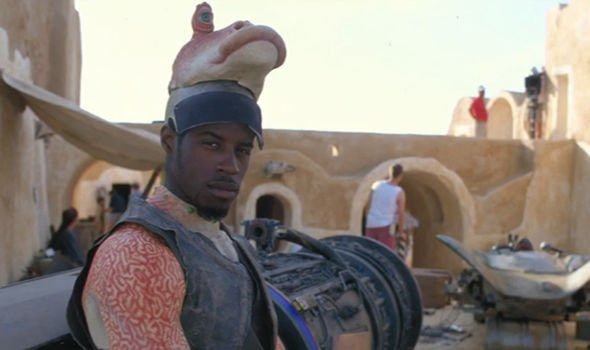 Earlier this week, Lucasfilm officially announced the main cast for the upcoming Obi-Wan Kenobi series, which is set to reunite Ewan McGregor’s Jedi Master from the Star Wars prequels with Hayden Christensen’s Darth Vader. One of the nice surprises from that announcement was the return of both Joel Edgerton as Uncle Owen, and Bonnie Piesse as Aunt Beru. A name not mentioned on Monday, is that of Ahmed Best, who recently confirmed that while he would have loved it, he is not a part of the series.

Best, the actor who played Jar Jar Binks in Episodes I-III, confirmed on Twitter that he will not be back for Obi-Wan Kenobi. After reposting Lucasfilm’s picture with the cast announcement and congratulating the crew, he received a stream of answers from fans speculating that he’d be back as well. He then went on to respond to one of them, saying that is not the case:

Thanks for the love, but I will not be in this series. As much as I would’ve loved to be a part of it. But I’m ecstatic to see folks who I love dearly back together doing great things. https://t.co/5bzLq9yslh

While in the long run it makes sense for the story that he’s not back, it still would have been nice to see him as Jar Jar one last time. It is possible he is bluffing, as nobody believes Liam Neeson’s coy denials about being involved, though Jar Jar’s involvement does not make much sense. Whatever happens, we wish Ahmed Best all the best – he truly is one of the nicest and most genuine Star Wars personalities out there.

Obi-Wan Kenobi will start shooting in April in Los Angeles and is expected to be released on Disney Plus in 2022.