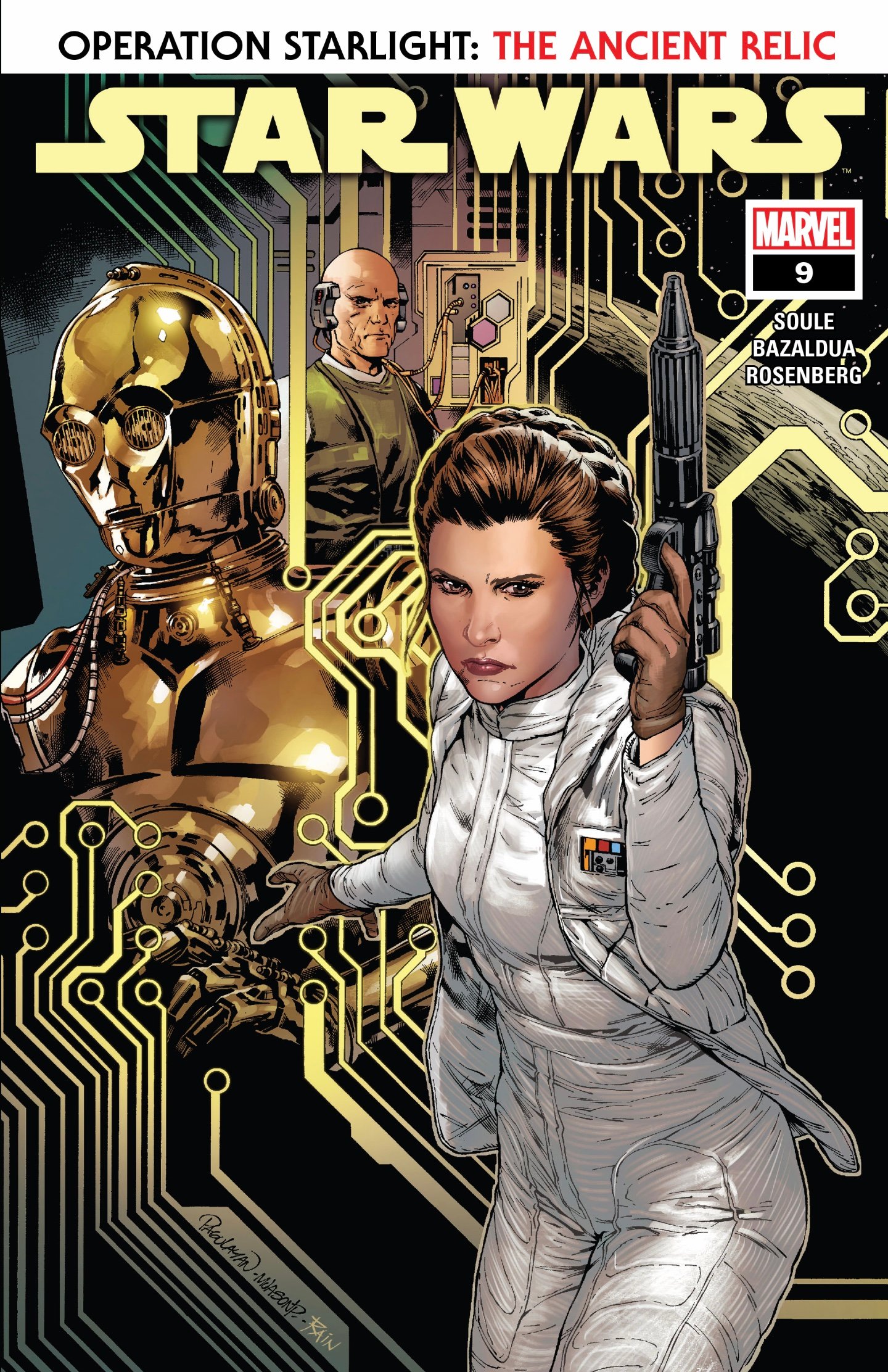 “OPERATION STARLIGHT” BEGINS, AS THE REBEL PATHFINDERS UNDERTAKE A DESPERATE MISSION TO THE IMPERIAL CORE. In the Imperial Museum on CORUSCANT, an ancient droid holds the key to salvation of the REBEL ALLIANCE. The Rebels’ elite operations team, the PATHFINDERS, must pull off a daring heist right under the nose of the EMPEROR himself, with LANDO and LOBOT along for the ride!

The start of this new arc comes out of the gate swinging and jumps straight into a plot to solve the Rebels communication problems. While not a perfect opening act, a few plot points are rushed for the sake of the issues conclusion, we do get all the threads for the start of a good arc.

Writer Charles Soule’s added focus on Lando and Lobot in this issue is appreciated, considering his great use of the character in 2015’s ‘Lando’ mini-series. Additionally, it’s refreshing to see C-3PO using his intelligence in this issue as it’s a little tiring to see him consistently ignored in all Star Wars media! This is definitely a worthwhile jumping on point. Full review with spoilers here.