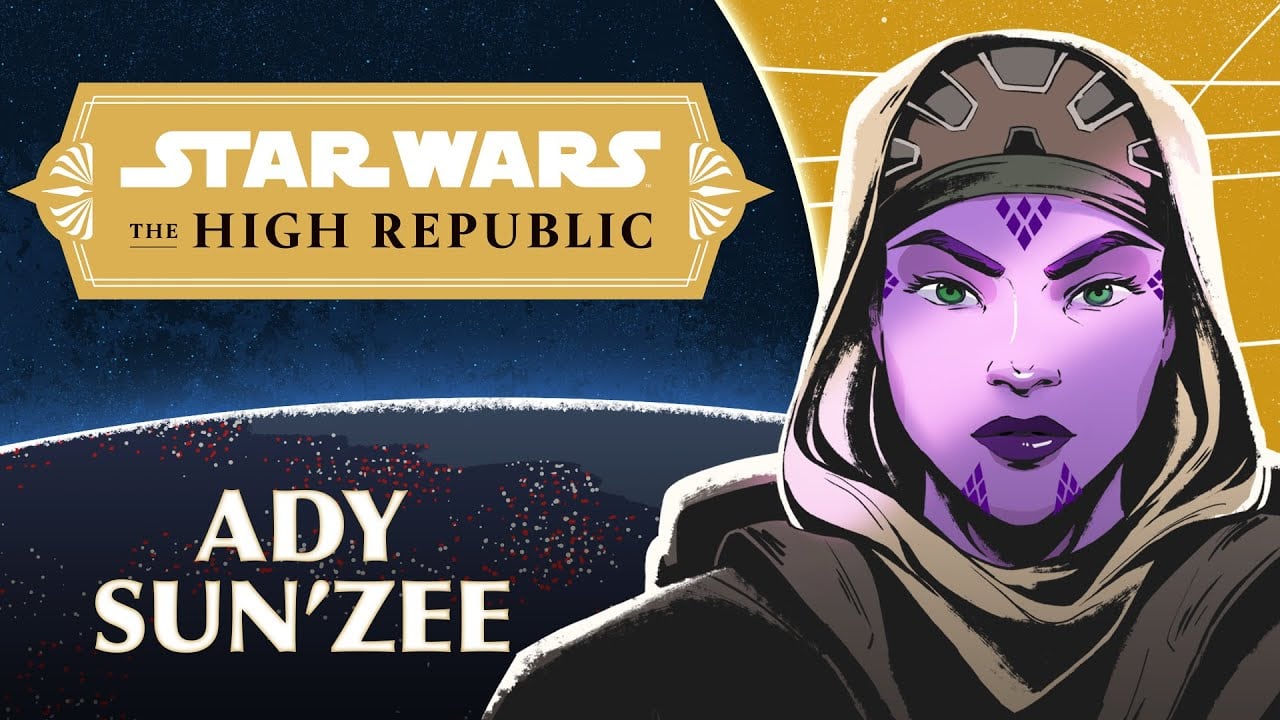 Lucasfilm continues to delve into the bold new era of The High Republic with a new series of animated shorts focusing on key characters like Padawan Ady Sun’Zee!

Through the new web series Characters of Star Wars: The High Republic, animated shorts that tell the stories of The High Republic’s heroes and villains, fans are getting to know many of the major characters. Each episode focuses on one character and their journey leading up to the events that kick off The High Republic. This week belongs to the young Ady Sun’Zee.

Ady Sun’Zee is a Jedi Padawan is a bright student based at the Jedi research outpost on Batuu where she and her fellow Jedi study ancient artifacts. She is a Mirialan, a purple-skinned alien whose face is adorned in traditional tattoos that symbolize personal achievements.

The animated short has quite a bit in common with the Galaxy of Adventures shorts in terms of style and length. It’s just over a minute, so it’s a quick and visually compelling introduction to one of the more interesting new characters in The High Republic era so far.

Characters of Star Wars: The High Republic will be available exclusively on Youtube.com/StarWars and StarWars.com.