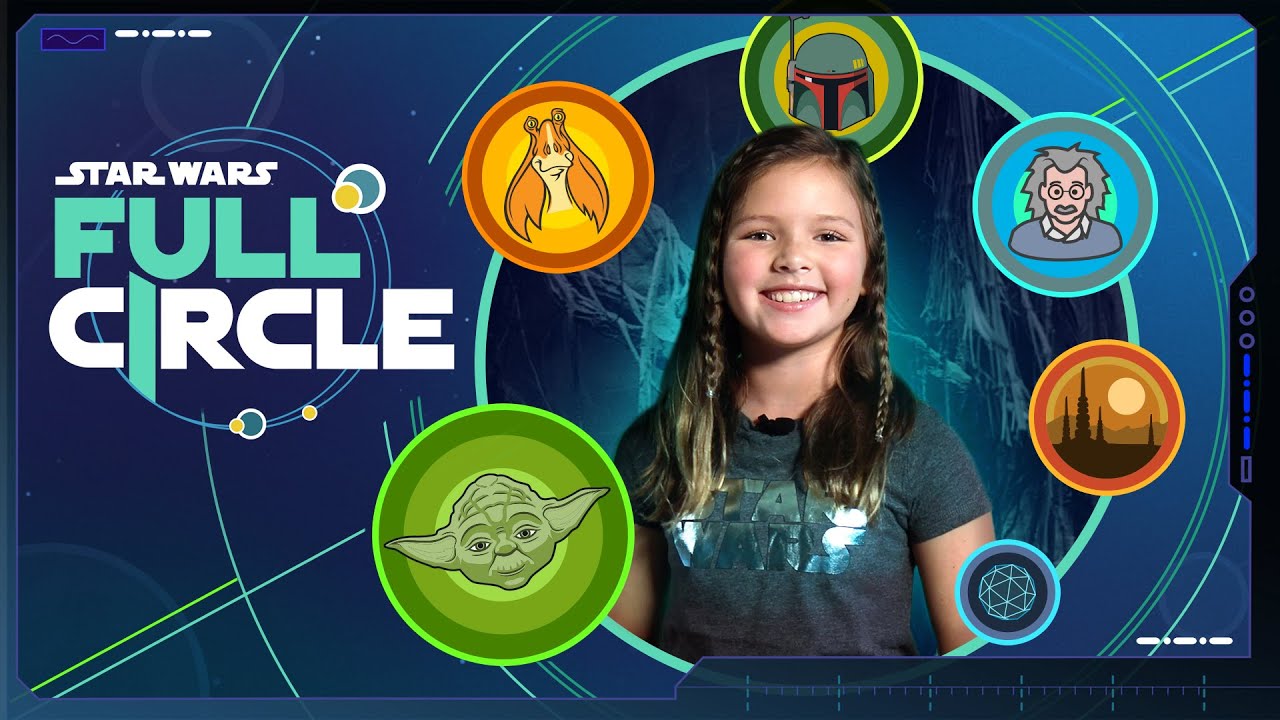 The Star Wars Kids YouTube channel launched this week a new series called Full Circle, in which host Jocelyn presents a series of random facts about Star Wars, like the fact that Yoda’s look is partially based on famous physicist Albert Einstein. Per Lucasfilm, this is the description of the first episode:

“You seek Yoda! In Star Wars Full Circle, your host Jocelyn will guide you on a journey across the Star Wars galaxy, connecting the pint-sized Jedi Master to real-life genius Albert Einstein, learning all about Jar Jar Binks and the technological innovations of ILM, and circling all the way back to Boba Fett and the arena on Geonosis.”

This is yet another entry into the Star Wars Kids YouTube channel of shows aimed at the youngest demographic and presented by the kids themselves. There also are shows like Let’s Make Star Wars or Jedi Temple Challenge. Perhaps the most known show from the Kids channel is Star Wars: Galaxy of Adventures, “a series of animated shorts celebrating the characters and stories of a galaxy far, far away, featuring a bright and colorful art style, exciting action, and insight into the saga’s greatest themes!”

Here is the first episode of Star Wars Full Circle: