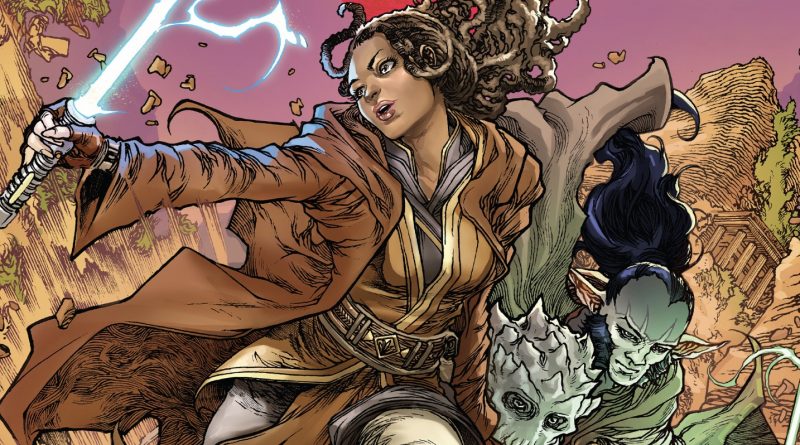 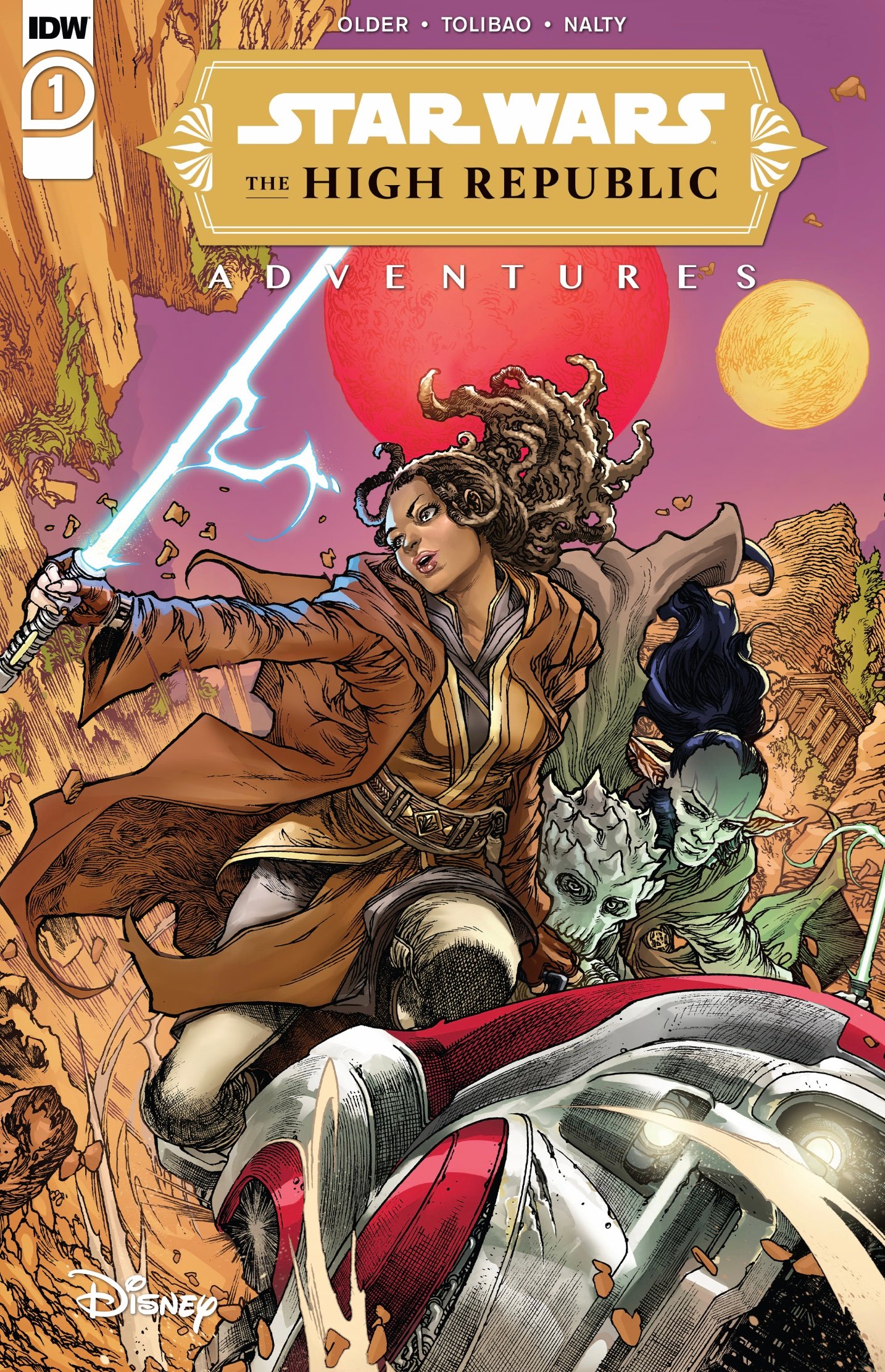 What a great week for Star Wars readers! Not only did we get a new High Republic novel from Claudia Gray, Into the Dark, writer Daniel José Older debuts his new IDW comic, The High Republic Adventures. As the galaxy struggles to find stability after the Legacy Run disaster, countless worlds suffer the unpredictable after effects. Debris from the doomed vessel shoots through hyperspace, turning benign flotsam into ship and planet killers. While the Jedi and the Republic race to contain these emergences, Master Yoda and a group of padawans race to answer a distress call. SPOILERS AHEAD…. 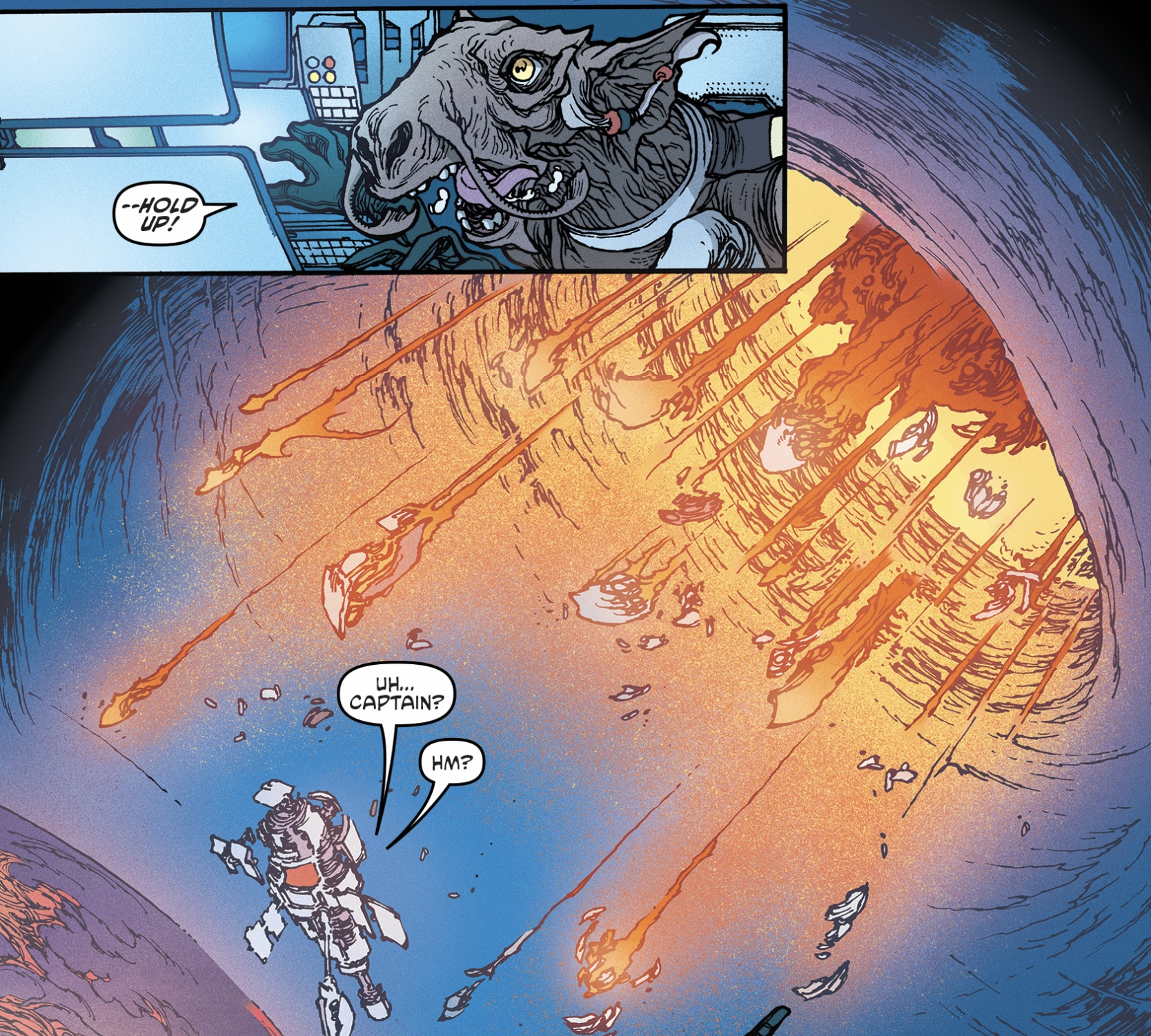 Horrific as it is, it’s so cool to actually see an emergence after reading about them in the three recent novels. The art by Harvey Tolibao and colorist Rebecca Nalty is stunning in this debut issue. Writer Daniel Jose Older hits the ground running and takes advantage of the exposition and world building of the High Republic novels. On Trymant IV, an emergence of deadly space debris opens up, threatening to rain down on the heavily populated Bralanak City. This issue is told from the perspective two characters; padawan Lula Talisola and a girl named Zeen Mrala, a resident of Bralanak City. Both of them share a strong connection to the Force, but only one of them has been allowed to foster it. Zeen feels the Force, but her whole life she’s been warned it’s dangerous and she’s terrified.

Lula is aboard a padawan academic vessel, traveling with Master Yoda. We know from Light of the Jedi that Yoda has been ferrying these apprentices around the galaxy for some time. While everyone aboard is reluctant to respond to the emergence distress call, Yoda knows they are the only ones who can help.

Older juxtaposes Zeens fear of the Force with Lula’s strong desire to use the Force but brings them together with the uncertainty they share in how they can use their abilities to stop the emergence. Lula is an ambitious padawan but she’s not blinded by her goals. She knows the ship of padawans are headed into danger and her ambitions do little to assure she’s ready. While Yoda and Master Torban Buck stay aboard the ship, stopping the large debris with the Force, they dispatch Lula and the padawans to the surface below to help evacuate the city. 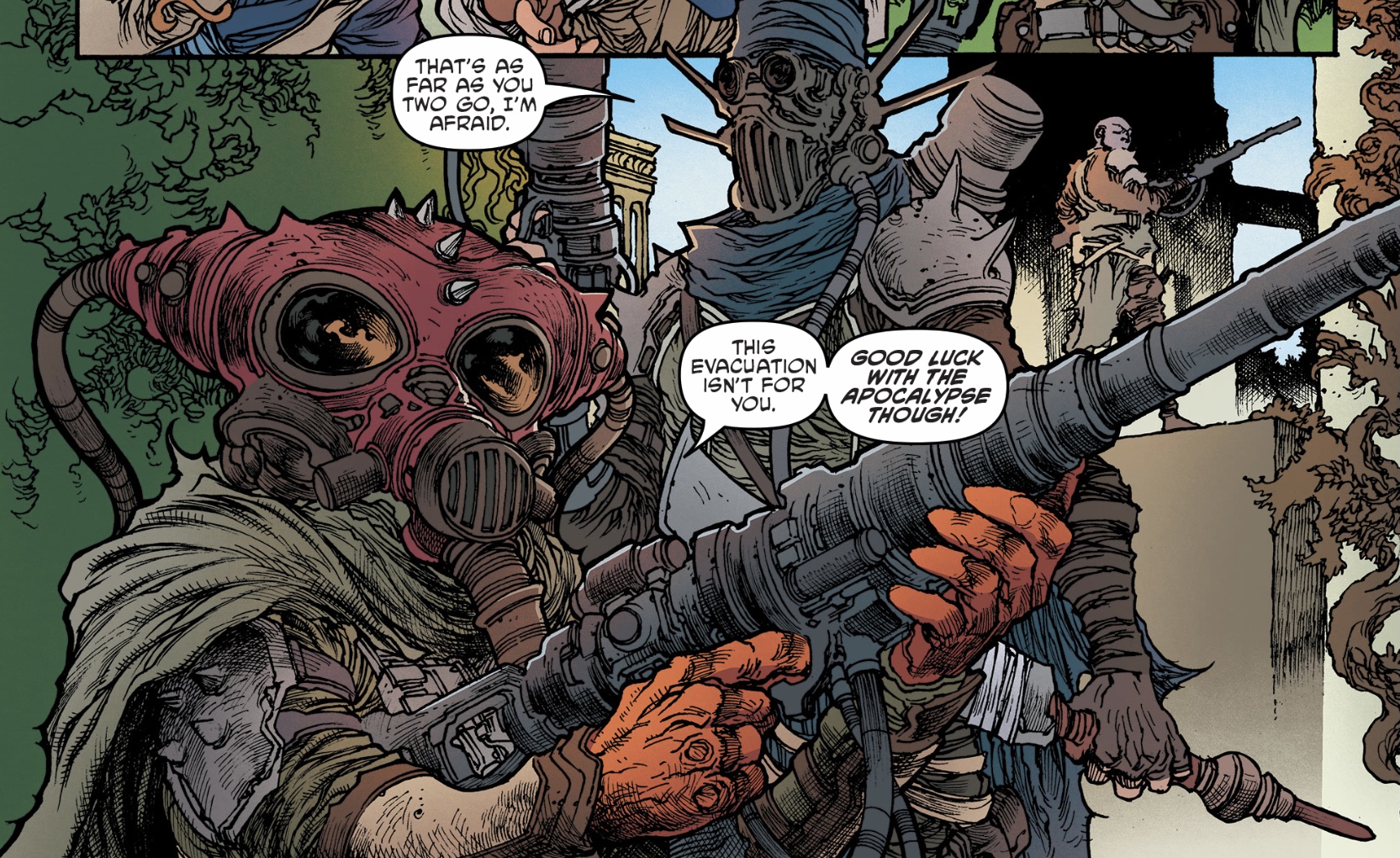 The Jedi aren’t the only ones who’ve come to Trymant IV. As the Legacy Run disaster spread, the Nihil tracked the emergences by their own means (I won’t be revealing how, as it’s a massive spoiler for Light of the Jedi). Most people in Bralanak City aren’t aware of the Nihil, so they simply think it’s a rescue ship. Zeen feels the Force telling her they are dangerous. When she discovers the Nihil are only evacuating one of the elders, likely so they can force them to turn over control of the city, her suspicions are confirmed.

We learn more about Zeen’s past and why she’s so worried about her connection to the Force. She’s been traveling with her friend, Krix, her whole life up until their arrival in Bralanak City. She never had much of a relationship with her parents and constantly felt like the ship she lived on was running from something. Krix is very anti-Force and she’s terrified of them finding out, so she’s been hiding it her whole life. Bralanak City is the first place she’s called home and felt safe but the emergence and the arrival of the Nihil shatter everything. I’m so happy writer Daniel José Older gave us a character similar to Rey and Luke Skywalker, someone who feels the Force and doesn’t know how to use it but is aware of the Jedi. And she’s terrified of it, conflicting with this rosy, sacrosanct era of the Jedi most of us would presume she’d embrace. Nothing is that simple and I’m glad Zeen isn’t either. 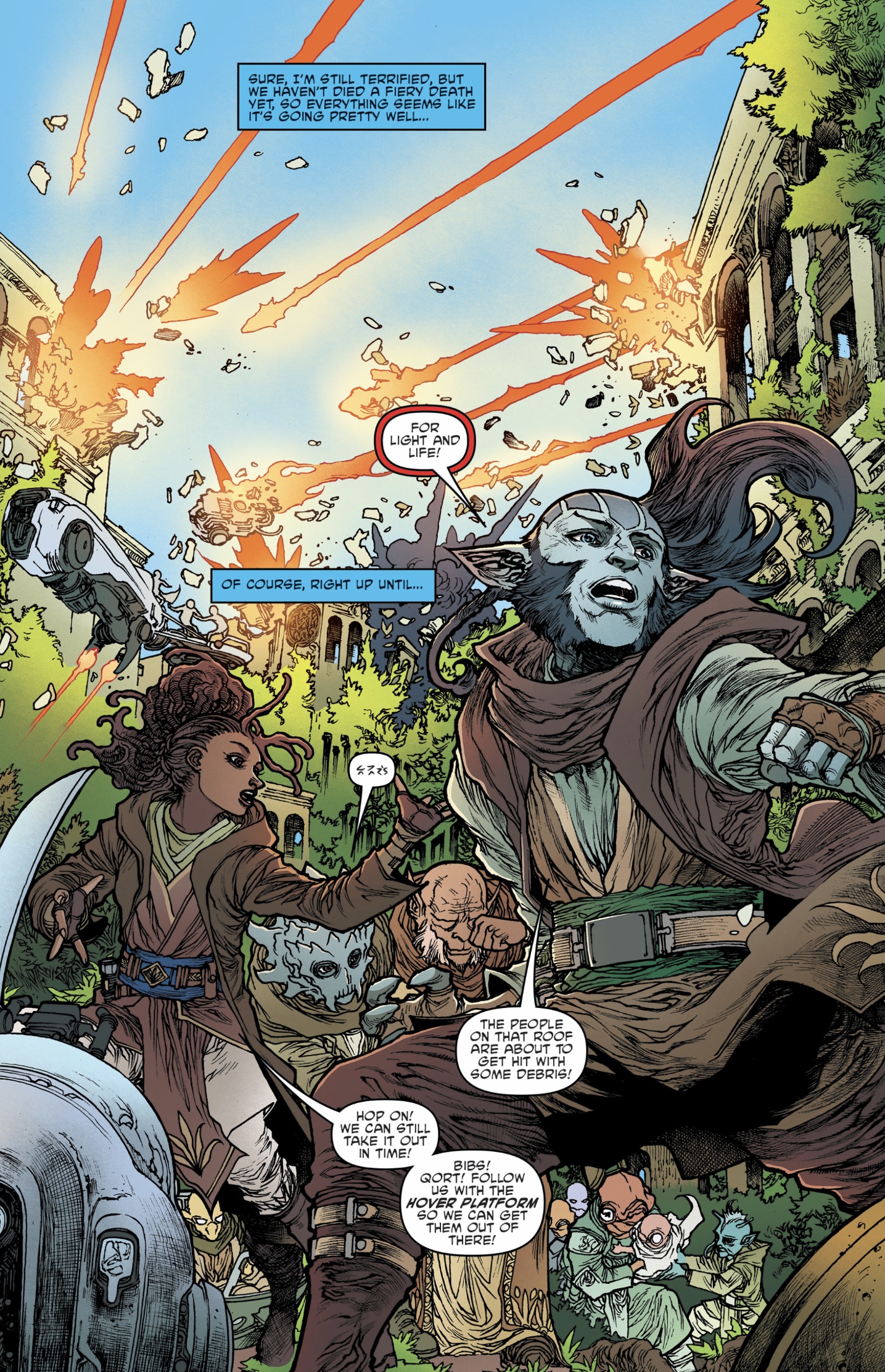 Meanwhile, Lula leads the padawans as they deflect smaller pieces of the emergence and protect the population. As the debris storm gets worse, Lula gets in a rescue speeder and goes airborne to shoot a giant piece the masters in orbit above missed. This takes her to the other side of the city, where Zeen is.

At this point, the padawans don’t know who the Nihil are yet, so when Lula encounters them she simply asks to use their ship to aid the evacuation. Well, she finds out pretty quick who they are and gets to demonstrate some of the Jedi tenets, like lightsaber skills. Zeen has only heard about Force-users from those she refers to as the Elders. Immediately she sees herself in Lula and wants to use her own powers to help. Colorist Rebbecca Nalty uses blue and pink to distinguish between the inner dialogue of Lula and Zeen. As the conflict brings them closer together, their thoughts converge, and the colors create a dialogue. The art of this issue does so well at conveying the emotions of Zeen and Lula. 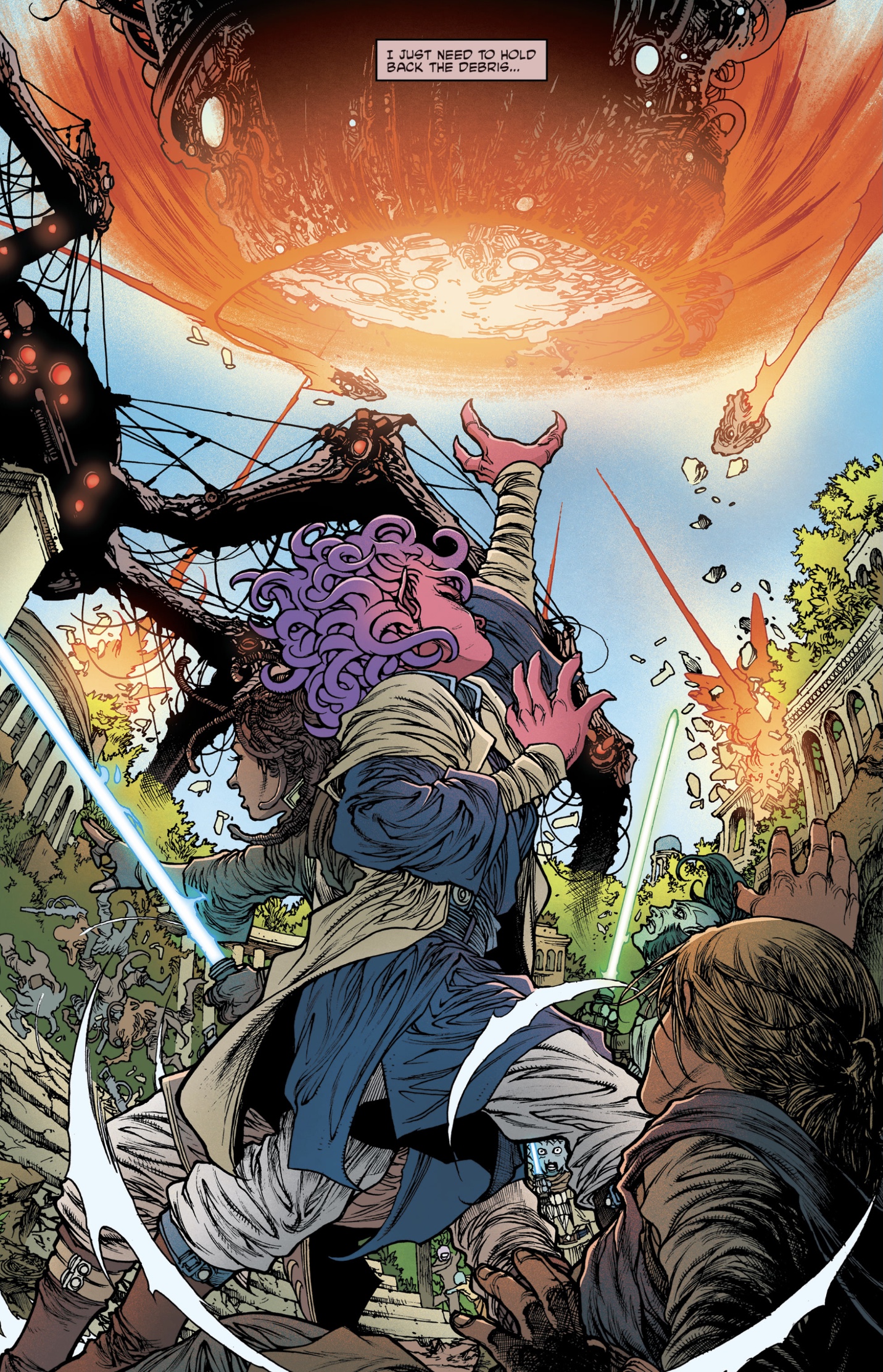 Zeen is confident she can finally let the Force flow through her. She steps forward to join the Jedi, helping them stop the deadly debris from raining down on the city. As she struggles, Lula turns to her and reassures her, “We got you”. I loved this moment, Zeen and Lula coming together, their thoughts merging through the Force. While I loved it, Zeen’s friend, Krix, is furious they’ve been lied to their whole friendship. The elder seeking refuge on the Nihil ship pulls Krix back behind the reinforcements. And the Nihil battlecruiser has touched down on the planet. Everyone is safe from the debris but they are about to be thrown into the fire. 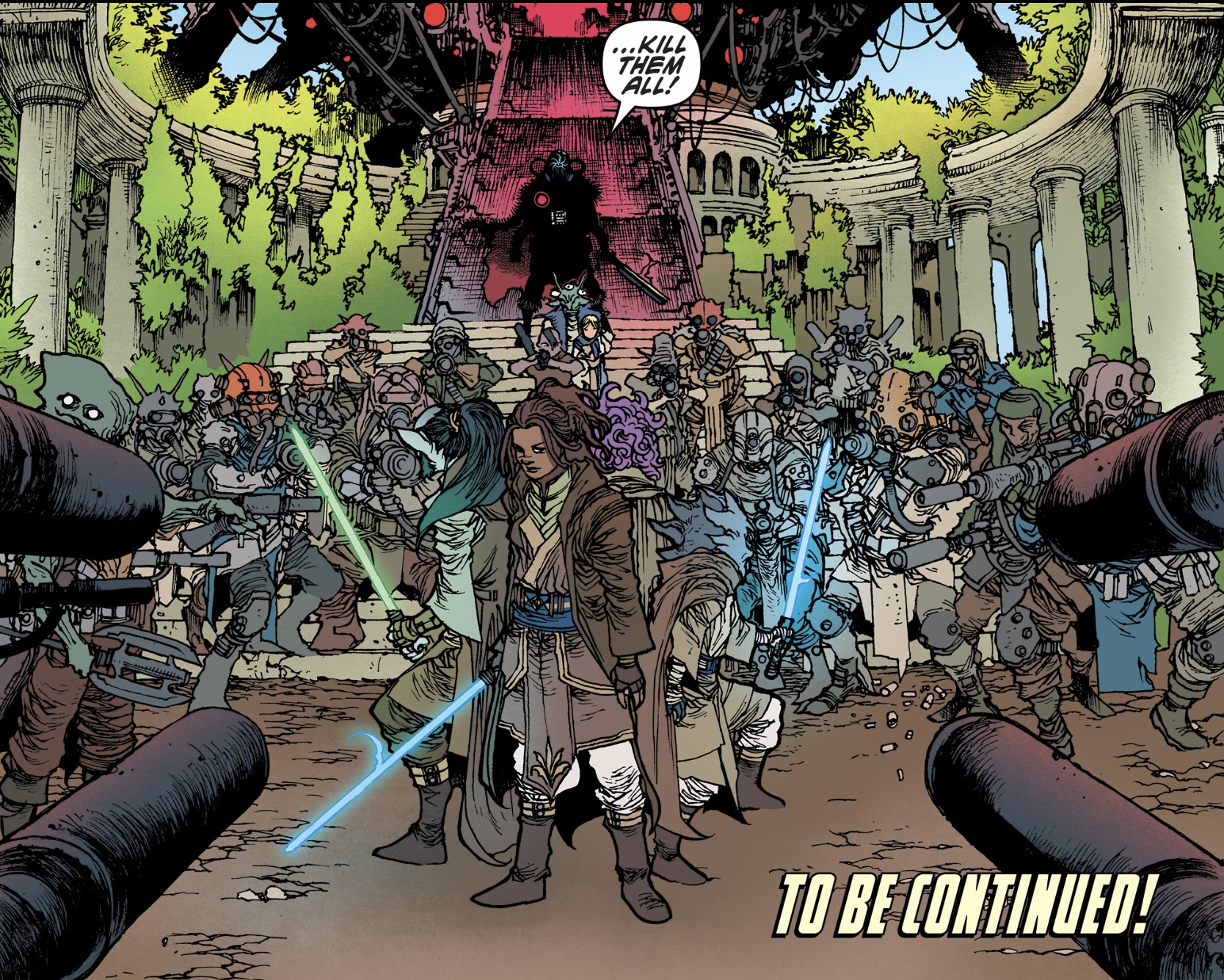 Marchion Ro, leader of the Nihil, is here and if you’ve read any of the books…well…things aren’t looking too good for Lula and Zeen.

A fantastic debut to this new series! Though I’ve enjoyed all the High Republic novels so far, a story like this is what I’ve been waiting for. Daniel José Older also wrote Last Shot, which tied into Solo: A Star Wars Story, so he’s adept at maneuvering characters and plot lines through the galaxy far, far away. His confidence and love of these characters shows, teaming with some great artists to bring this story to life. So far we haven’t seen much of Marchion Ro outside of Light of the Jedi so I’m looking forward to learning more and seeing him in action. Seeing what becomes of the bond between Lula and Zeen is what I’m most excited about, though. I have a feeling they will both be great teachers to each other.

I highly recommend picking up this issue. It’s gorgeous and has all the great things we look for in Star Wars. I can’t wait for the second issue and to watch these characters grow as the High Republic continues. 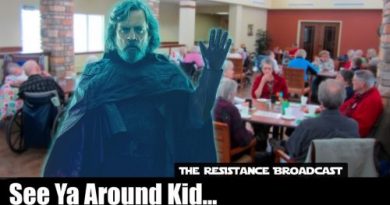 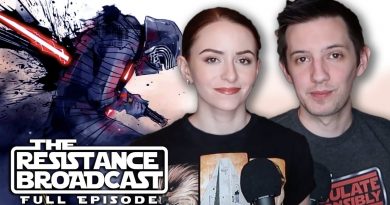 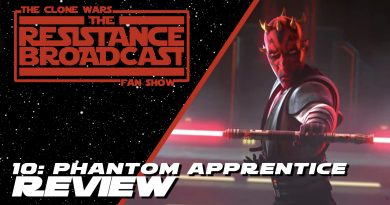