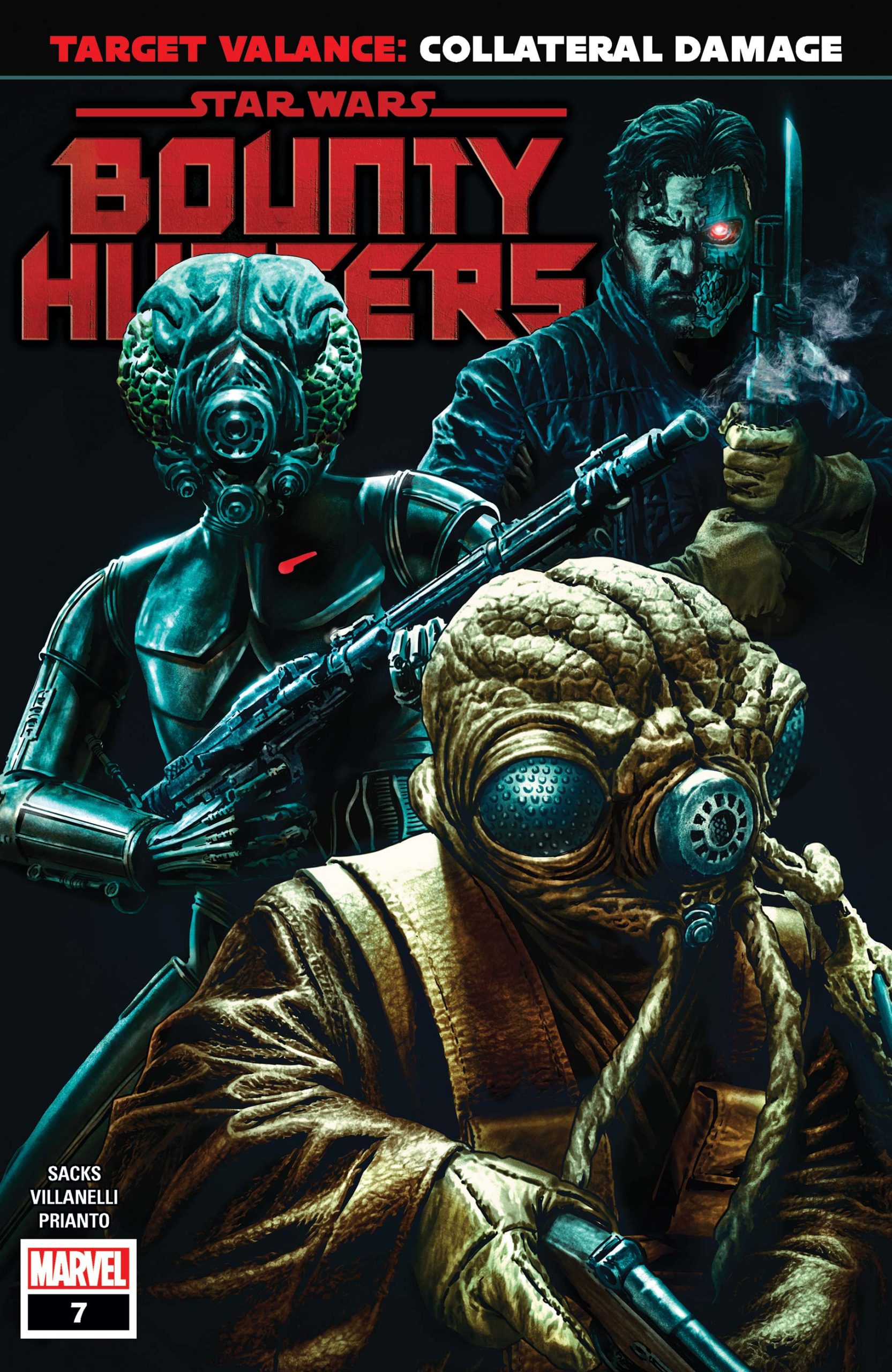 NO ONE CAN ESCAPE THE FINDSMEN! A badly wounded VALANCE reunites with a long lost love on a secret Rebel base… but trouble is right on his heels. ZUCKUSS AND 4-LOM, the deadliest bounty hunting duo in the galaxy are closing in, ready to take out their quarry dead or alive! And they brought an army of Clone War-era Battle Droids with them! Valance is trapped and if he wants to escape alive he’ll have to make the toughest decision of his entire life.

This series is slowly improving, with this issue showcasing some good action mixed with the artwork. The writing still feels quite wooden and stunted at times and the flashbacks of the issue, featuring Valance and his old flame, feel overdone and sort of detract from the action in the present. If you’ve liked the series so far this is more of the same.

The highlight is learning more about ZUCKUSS and 4-LOM, characters we saw briefly in the Empire Strikes Back, and see what makes them so deadly as a duo. 4-LOM as a cold-killer droid and ZUCKUSS, who has an extra-sensory ability to see into the near-future. While we’ve seen a lot more of Bossk and IG-88 in recent stories, it’s nice to get these characters fleshed out more, even if only for an issue.