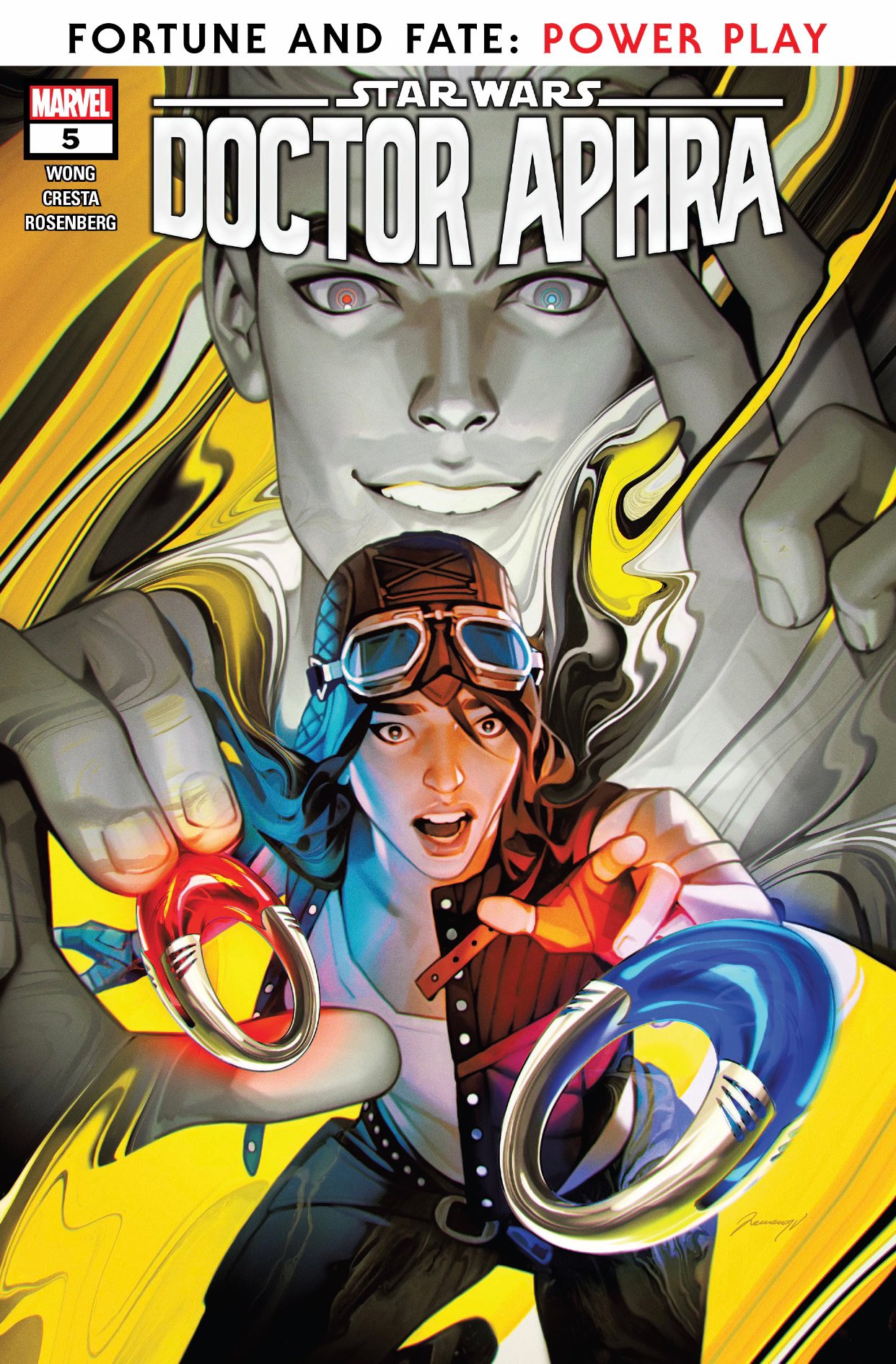 The Fortune and Fate arc comes to an end as Ronen Tagge has Aphra and her team captured. If that wasn’t bad enough, he also has both of the Rings of Vaale, giving him power that could rival that of the Emperor. Knowing Tagge though, he may just decide to disintegrate them along with Aphra. Surely she has a plan, but does it include any of her crew surviving?

Comic books are notorious for wrapping stories up way too fast, luckily this issue of Aphra, while fast paced, sidesteps this problem by having the doctor’s solutions create more problems for the future. Alyssa Wong finishes off the first arc of her Aphra run with the mix of fun and flair that we love about from the series. This arc has been loads of fun and feels more like the opening chapter to a larger story.  Full review with spoilers here.