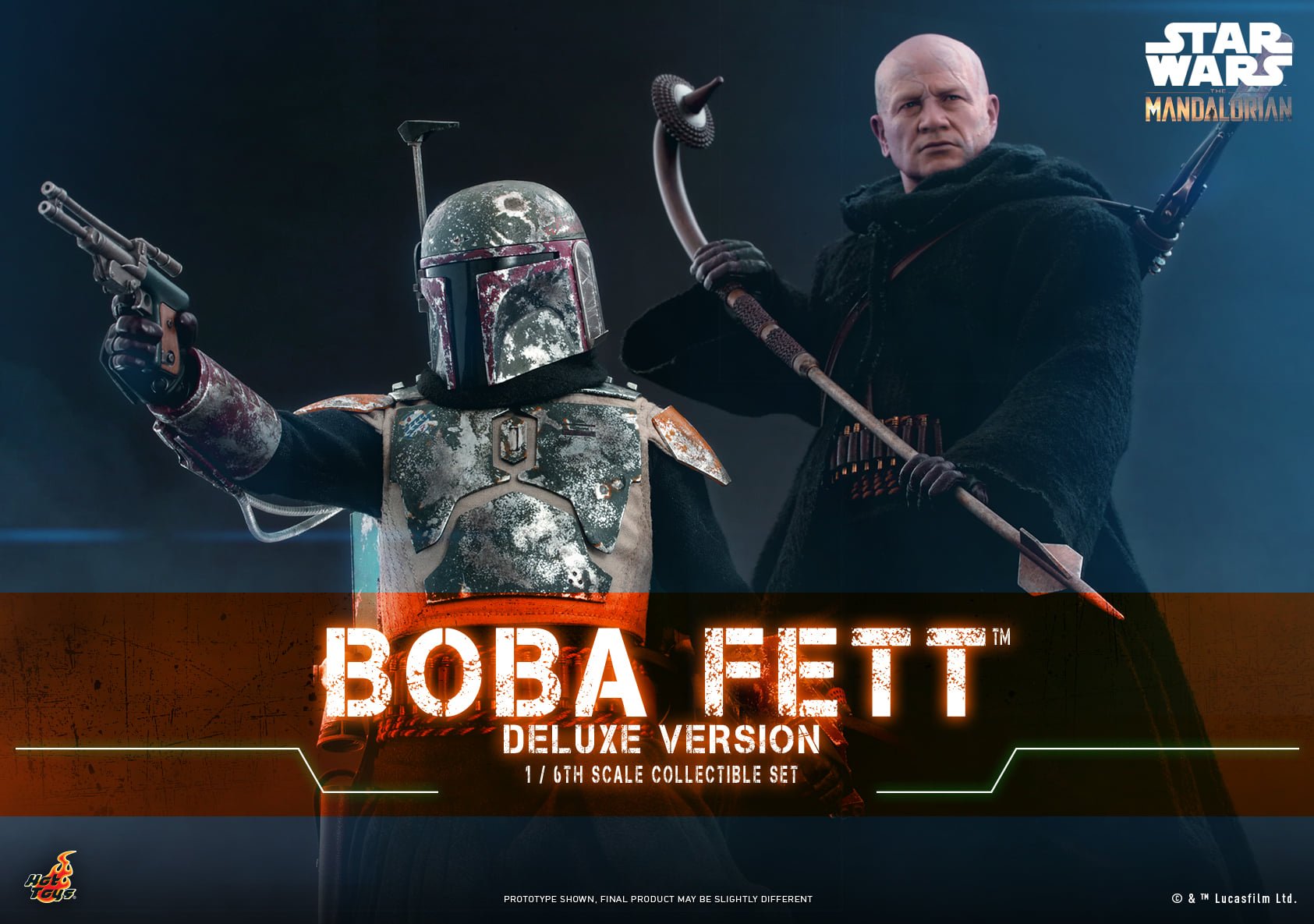 Prepare your wallets, collectors, because he’s here! Boba Fett was brought into the second season of The Mandalorian, and in doing so, the promise of the character was finally fulfilled. Back in 1980, a lot of younglings across the globe used their action figures to create a whole backstory for the character, giving birth to the legend of Boba Fett, even before The Empire Strikes Back came out. Chapter 14 of the second season of The Mandalorian felt like if Jon Favreau traveled back in time and put a camera in front of a kid in a playground, forty years ago (in fact, Robert Rodriguez’s pitch for the episode involved home footage with his toys).

Now, Hot Toys wants to bring those memories back, releasing a more than ever realistic-looking figure of the character now portrayed by Temuera Morrison. In fact, if you buy the Deluxe Version, there are two of them! This is Hot Toys’ statement for the Deluxe Version:

“I’m a simple man making his way through the galaxy. Like my father before me.”

Star Wars fans were overjoyed to witness the return of the Boba Fett, one of the most feared characters in the Star Wars galaxy! Thought to have met his demise in the terrifying Sarlacc pit on Tatooine™, Boba Fett is striking back. In exchange for his legacy armor from the possession of the Mandalorian, Boba Fett ensured the Child’s safety and proved to be a formidable ally in Din Djarin’s™ rescue of the mysterious alien foundling.

The Boba Fett collectible figure (Deluxe Version) from The Mandalorian will be a legendary enhancement to any Star Wars collection!

The Standard Edition figure includes only Boba Fett in armor, while the Deluxe Version also comes with a second figure, Temuera Morrison as Boba Fett without his armor. The page for the Deluxe Version describes the differences between the two, as well as listing all the specifications for both editions. Here are some awesome-looking images (you can find many more on their official website): 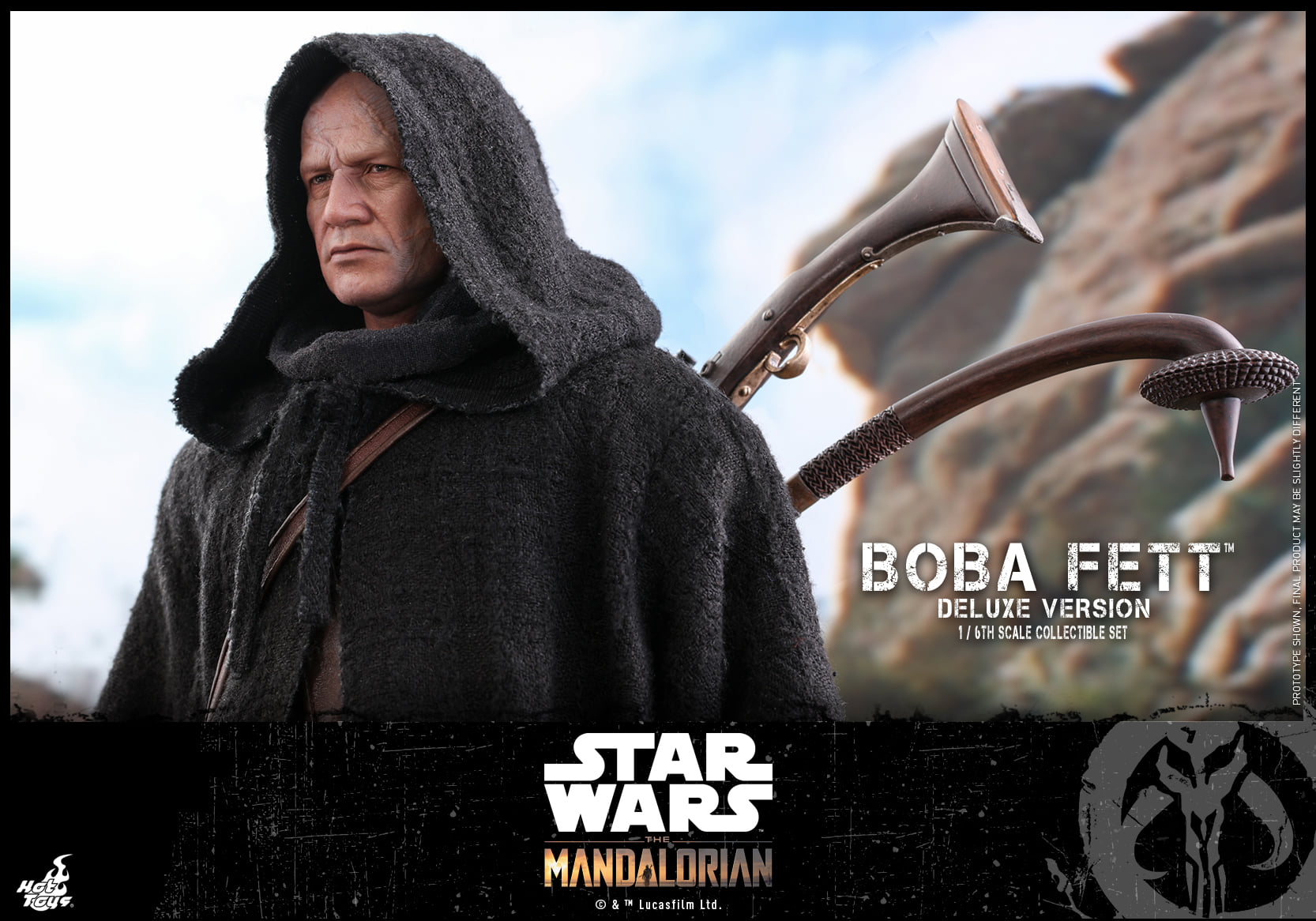 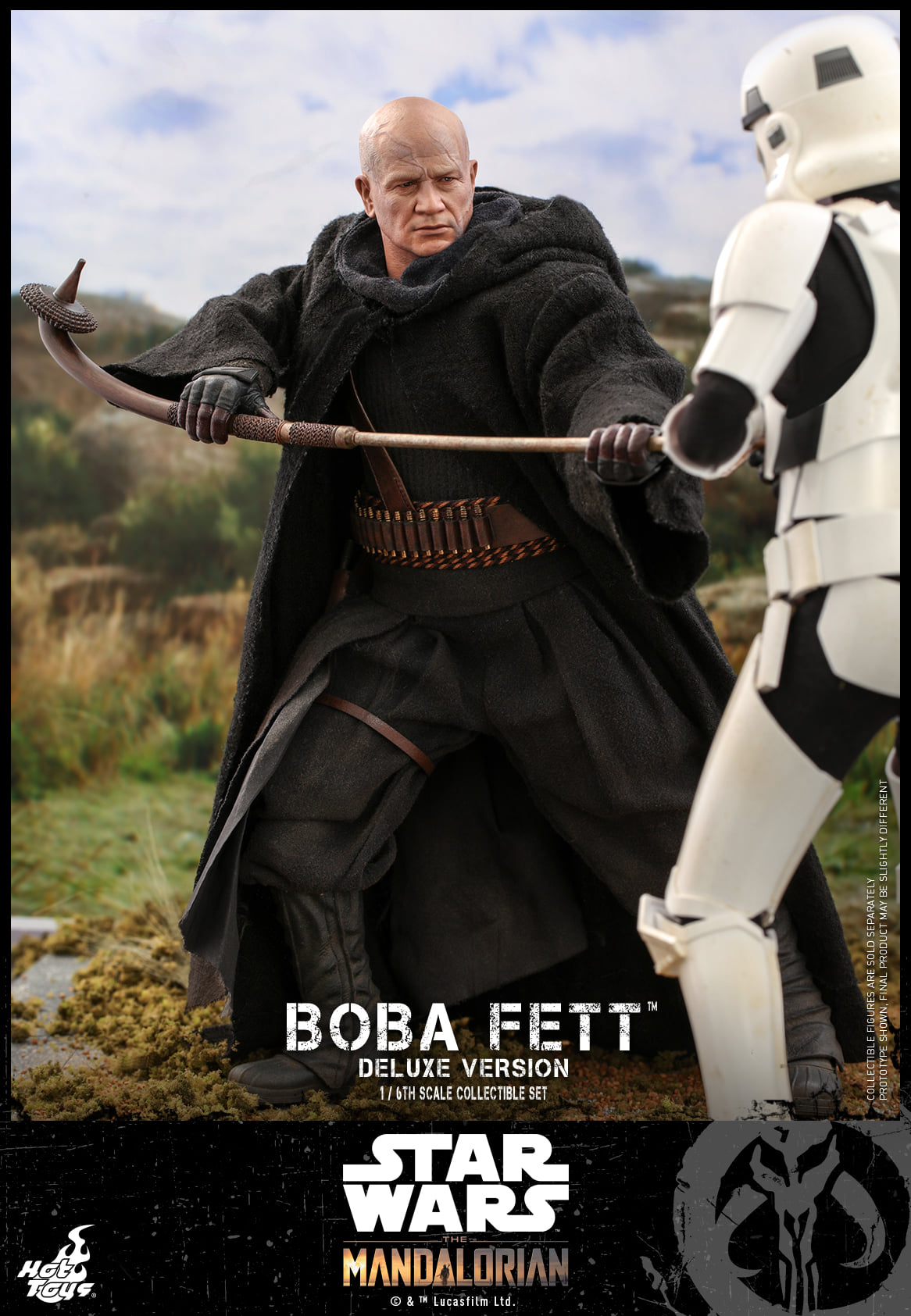 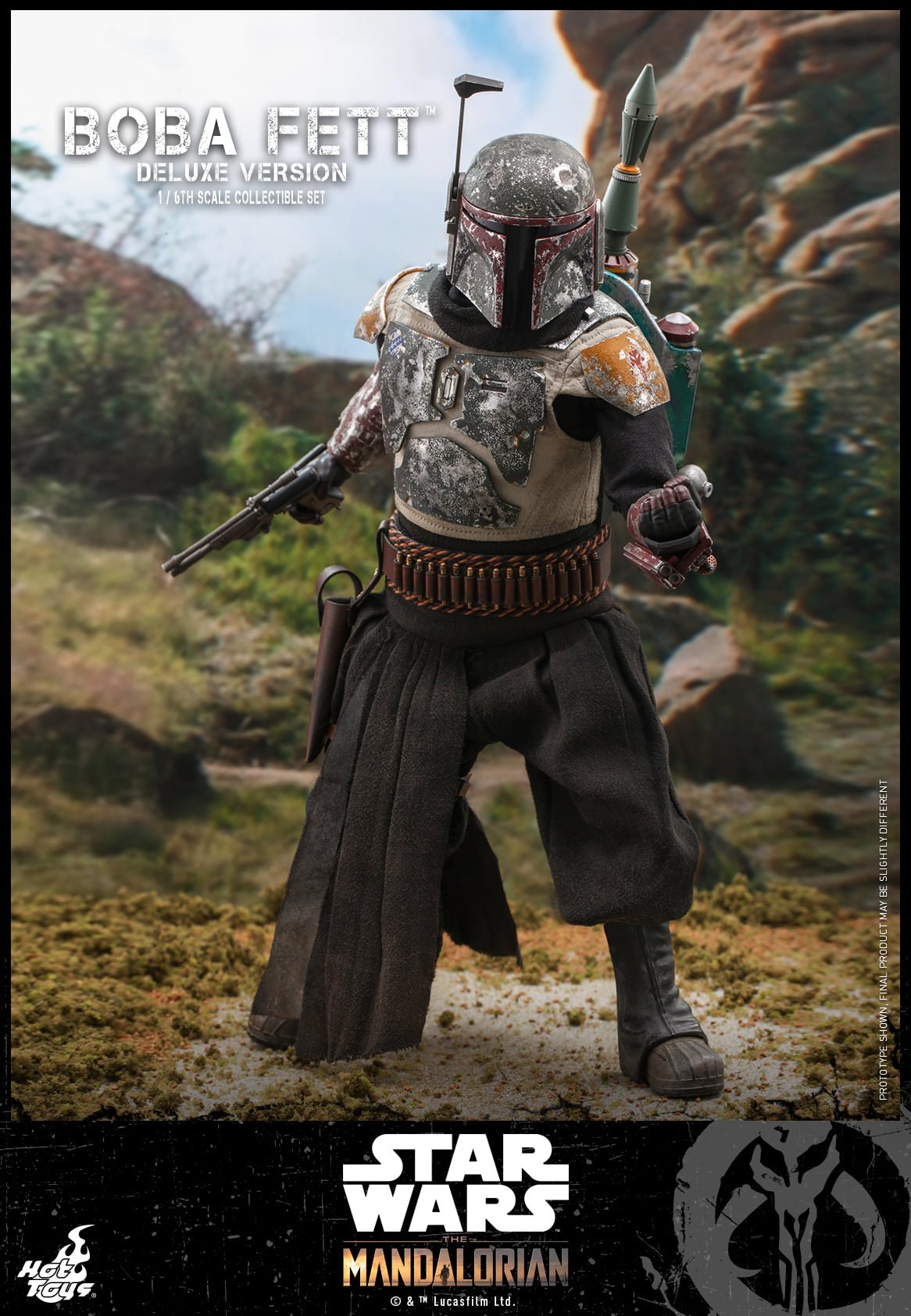 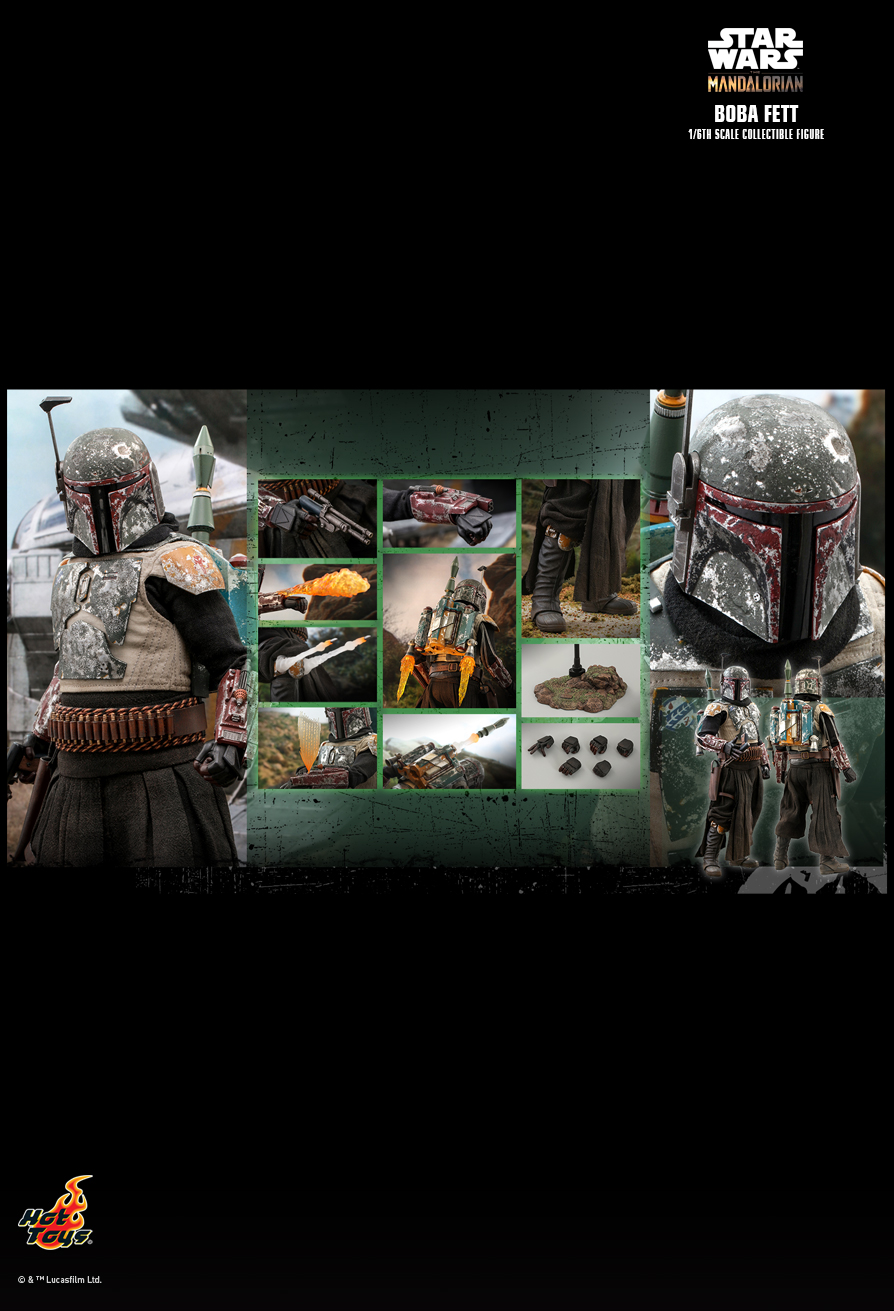