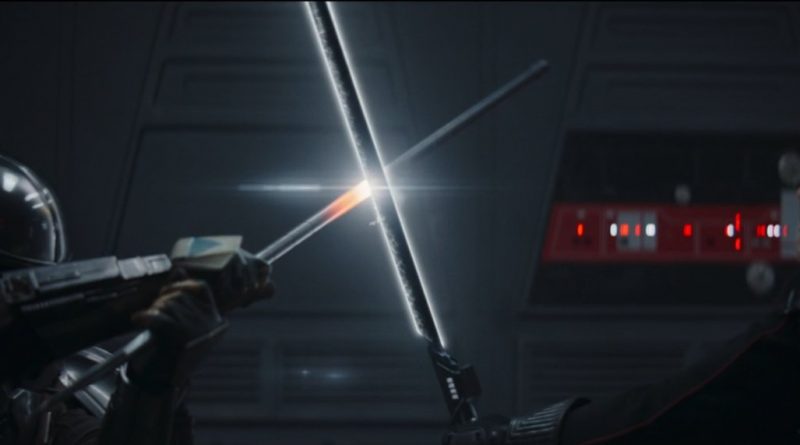 Earlier this week, The Hollywood Reporter released an interview with Ryan Watson, the Emmy-winning stunt coordinator of The Mandalorian, who revealed a lot of behind-the-scenes secrets about how the second season of the show came to be.

On the show overall, he said:

“We knew what we were getting into, but we couldn’t help it. I call this a black-belt level of moviemaking because it’s just so fast and it’s so intricate. I’ve never done anything this intricate and this vast.”

And this is something coming from a guy who worked on Batman V Superman and Wonder Woman. One of the biggest challenges of the second season was, of course, the long-awaited fight between Moff Gideon, wielding the Darksaber, and Din Djarin, wielding the Beskar spear he earned earlier in the season. That fight, of course, was largely overshadowed by the epic end of the episode, with Luke Skywalker coming to The Rescue. However, that was not the approach they took when preparing it, because according to Watson they spent an entire month rehearsing it.

On Moff Gideon’s side, it was Giancarlo Esposito wielding the saber, but it was not Pedro Pascal who wore Mando’s armor, but his Brazilian stunt-double Lateef Crowder. About him, Watson said:

“We watched the playback and you would see how the sword went by and he’s moving his head and it’s missing by 2 inches, and that’s a testament to him.”

Esposito rose to the occasion, and the result was a fight that felt real. When rehearsing, the two used bamboo swords, and when filming, they typically use half-swords for safety purposes. The rest of the sword is added later in post-production. The problem was that Esposito’s half-saber broke. Watson said:

“We had to end up using the full sword, which makes the top end even heavier, so now the swings are a little bit harder. The intensity of that fight was probably the highest of both seasons. Giancarlo brought some real intensity to that fight. Lateef finished one time and was like, ‘That was like a real fight.’ Lateef was truly ducking for his life.”

Watson then confirmed something that Esposito had been talking about all summer long – during filming he actually broke several swords.

That was not the only duel of season 2, as Chapter 13: The Jedi brought back fan-favorite Ahsoka Tano played by Rosario Dawson, who faced the villainous Morgan Elsbeth, played by Diana Lee Inosanto. According to Watson, that was the most high-pressure fight of the season, because of the baggage that a live-action Ahsoka brings to the table. Watson said:

“We wanted to keep it really old-school samurai, but still entertaining enough to where it has more than two or three moves.”

However, samurai fights were different, as there were actual swords and not lightsabers:

“That changes a little bit of the dynamics. With a samurai sword, you can touch the blade and you’re not going to get hurt. [The lightsaber is] like a bug zapper.”

“That’s why that fight feels very clean and very direct. There’s not a lot of wasted movements — when they start to fight, they explode. It’s from stillness to 100 miles an hour in the blink of an eye.”

He also added that the stunts are such an integral part of the show that a person’s experience with weapons is considered part of the casting process. This goes both ways because, as he explains, what sells the stunt is ultimately the actor and their performance:

“You can train the moves and have them down perfectly, but if you don’t have that acting backing behind it and the intensity that you would have in a fight — that’s probably the most tricky thing. You have the costume on and all these different cameras in there … It’s a very, very tough thing to act and to get through the choreography knowing all these different changes that you have to do at that moment, and where the camera is for it to look like a real hit.” 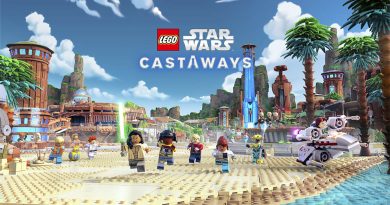 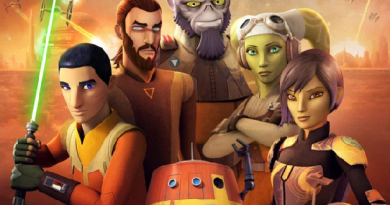 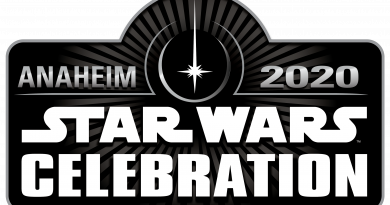