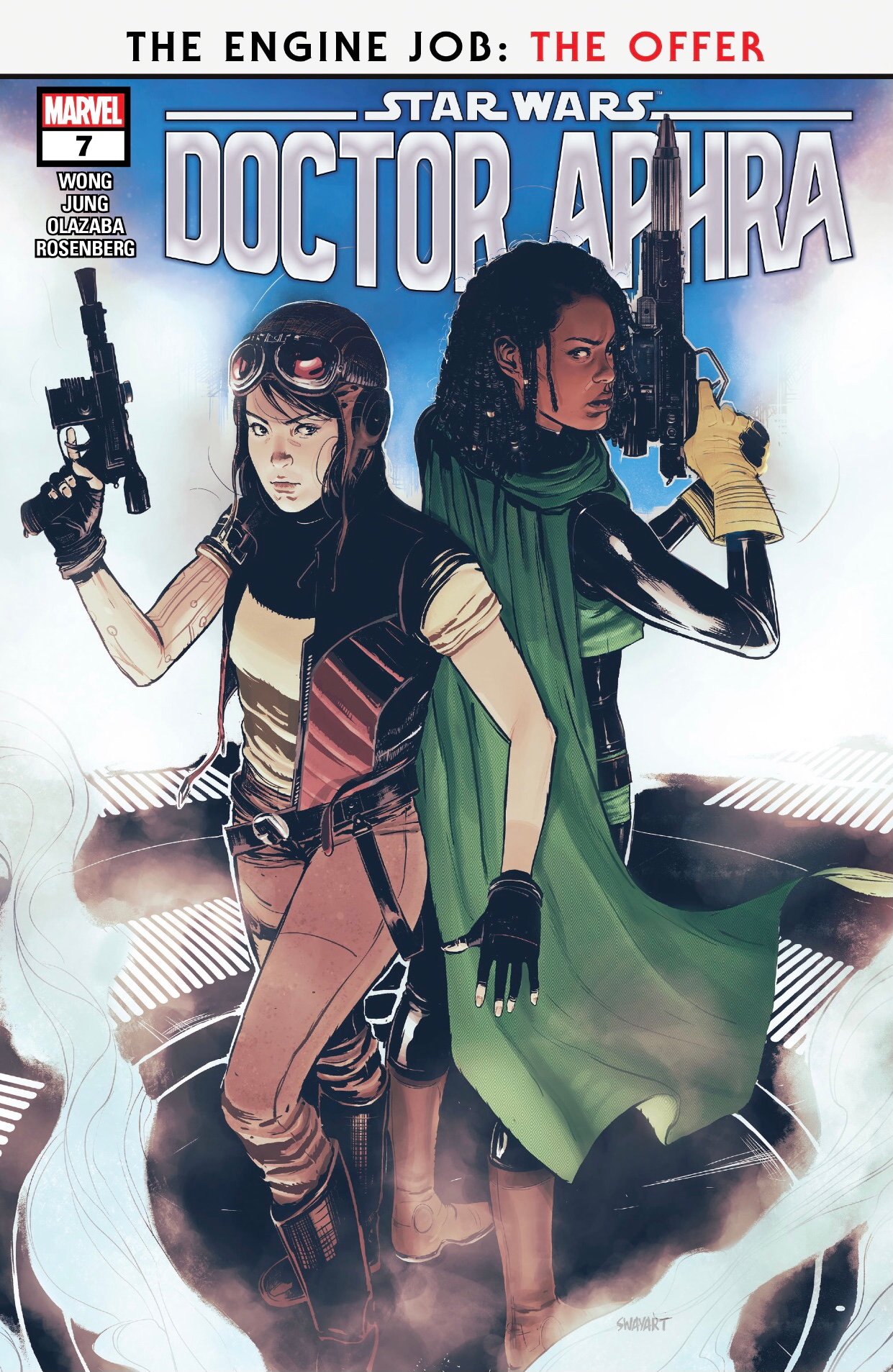 As the galactic civil war rages, Doctor Aphra is tasked by an interstellar oligarch to find an ancient piece of technology from the High Republic era. Since she’ll be stealing it from another of the galaxy’s elite, Aphra knows she’ll need help. But who can she trust at this point? The doctor is on the run from pretty much everyone in the galaxy. Hoping a former love will give her the help she needs, Aphra makes her way to Corellia in search of Sana Starros. SPOILERS AHEAD…. 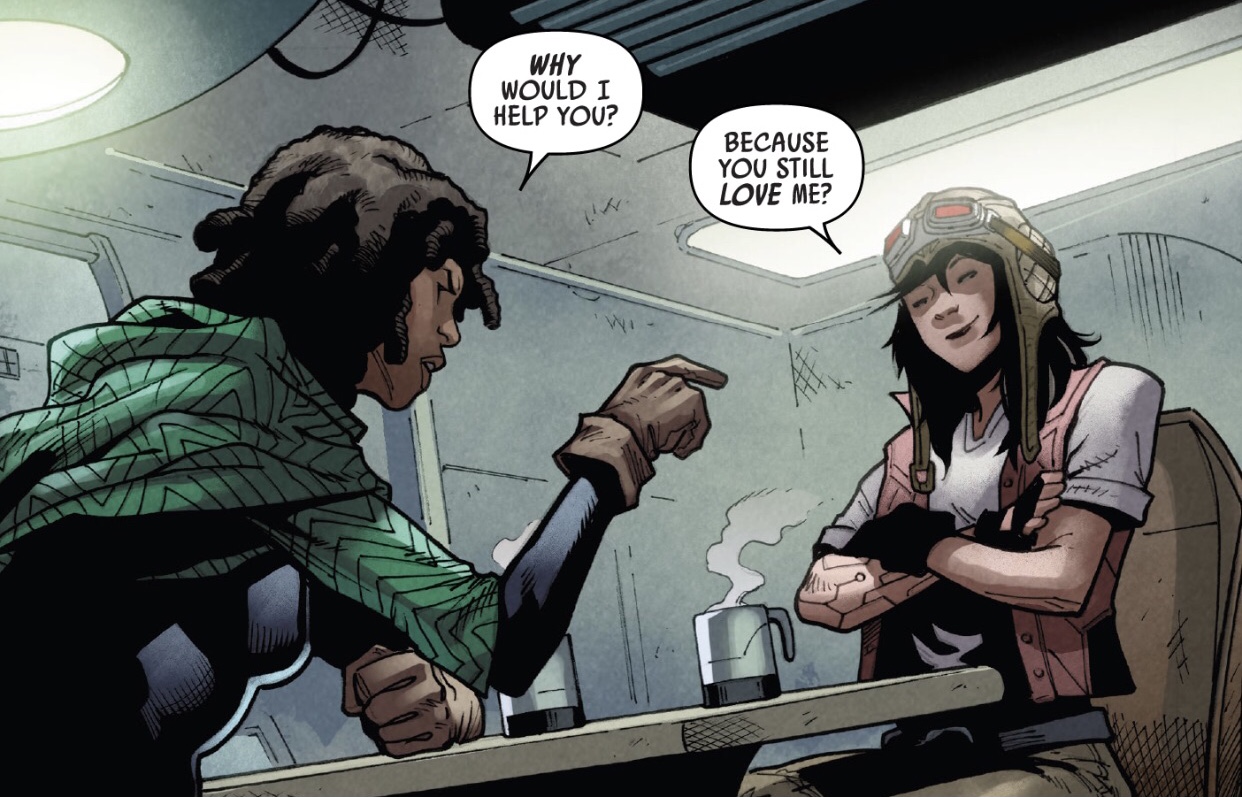 Sana just happens to be between jobs. On Corellia to repair and refuel her ship, the Volt Cobra, Sana clearly didn’t expect to run into Aphra. When Sana arrives to her rented room, Aphra’s made herself right at home. Their history is a long and complicated one, fraught with heartbreak and betrayal, dealt out by Aphra to Sana. But, Sana understands Aphra in a way very few do. She knows what Aphra’s been through and can see behind the facade. Sarah Kuhns audio drama, Doctor Aphra, does a great job illuminating how deep their connection goes. When Aphra suggests Sana will help her because of old feelings it pushes Sana too far. Promptly, she shows Aphra the door.

Meanwhile in Tagge Space, sharpshooter Just Lucky discovers he’s no longer employed. His contracts with Ronen Tagge will not be honored by the other members of the family. Before he can get too upset, his crew inform him his brother, Pak, is once again digging a gambling debt deeper at a casino on Canto Bight. 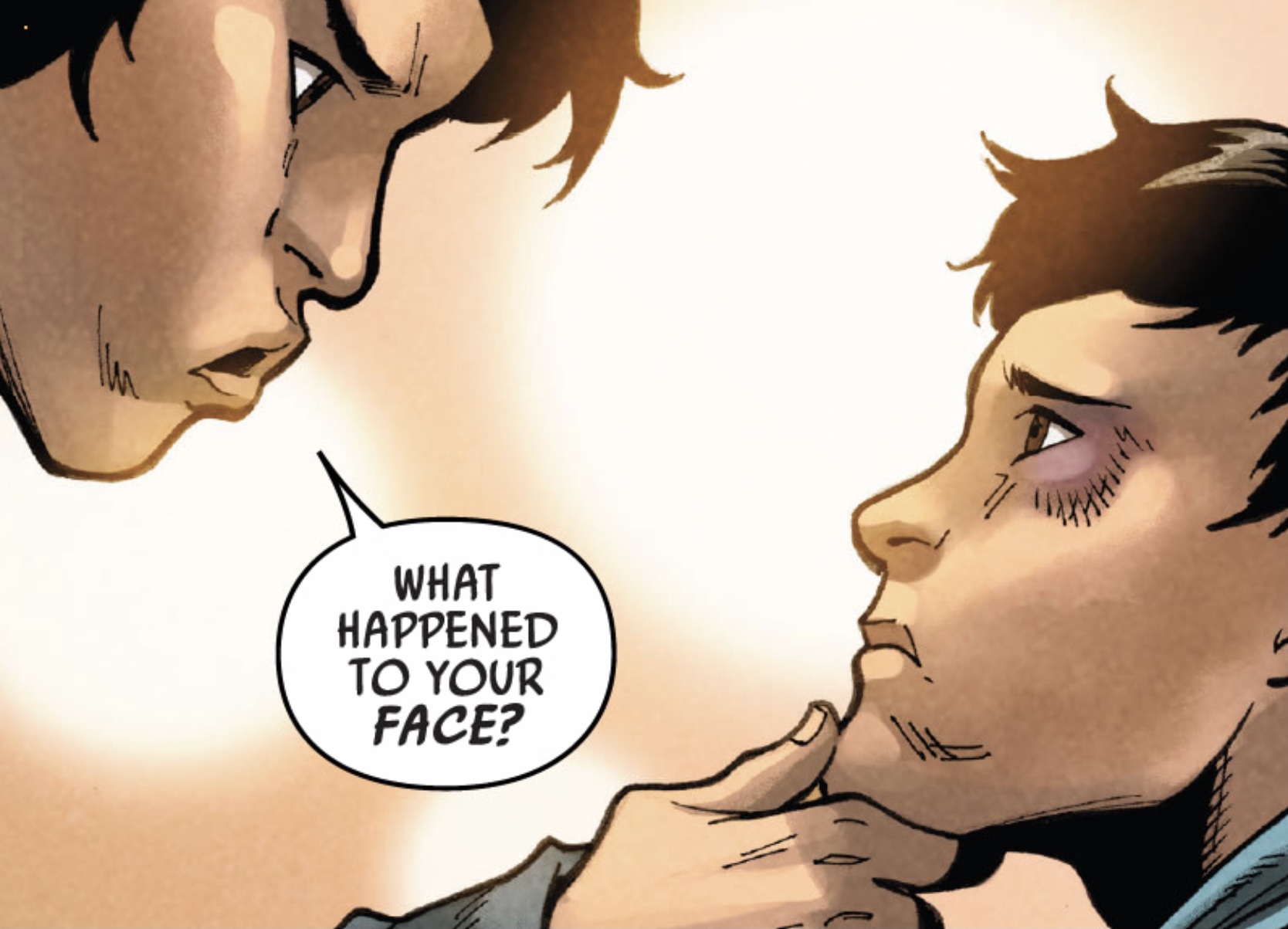 Just Lucky finds Pak on a downward spiral. When he sees Pak’s been harmed, Lucky presses him to find out who he owes money too. Someone named Wen Delphis wants her money and is demonstrating her impatience. Just Lucky promises to take care of it, mentioning this isn’t the first time. Keep your eyes on Pak. His gambling addiction and compulsion to keep playing the odds will likely complicate things for he and Lucky. Keeping Pak safe is a costly act for Just Lucky. 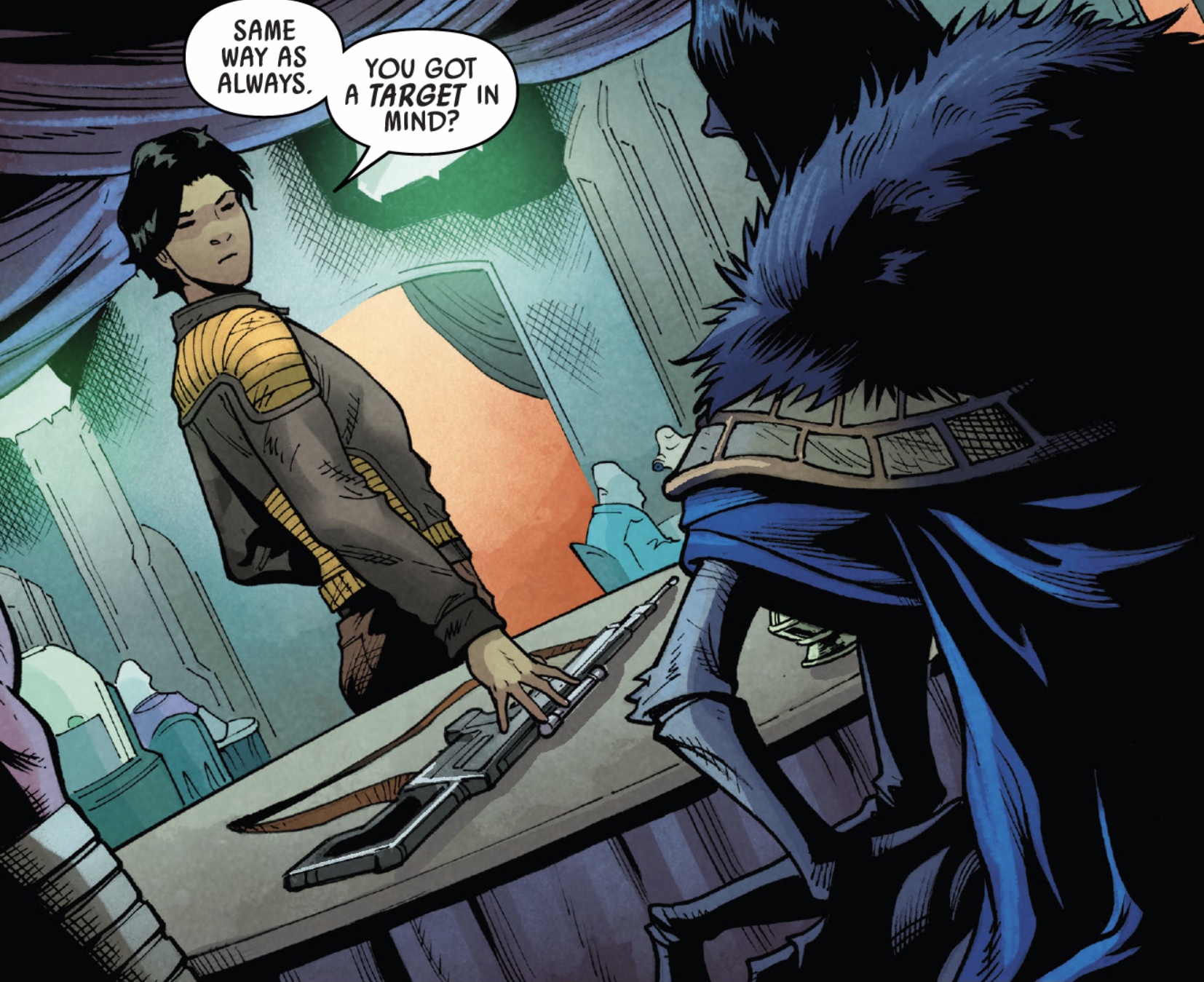 Being in dire financial straits of his own, Just Lucky must offer up his services to Wen Delphis in order to pay off Paks debt. Sounds like he used to be indentured to Delphis and has been reluctant to return to her employ. Whatever Delphis’ profession is, she needs an assassin so it can’t be pleasant. We don’t learn who Just Lucky’s new mark is but I’ll guess it’s going to be either Aphra or Sana. 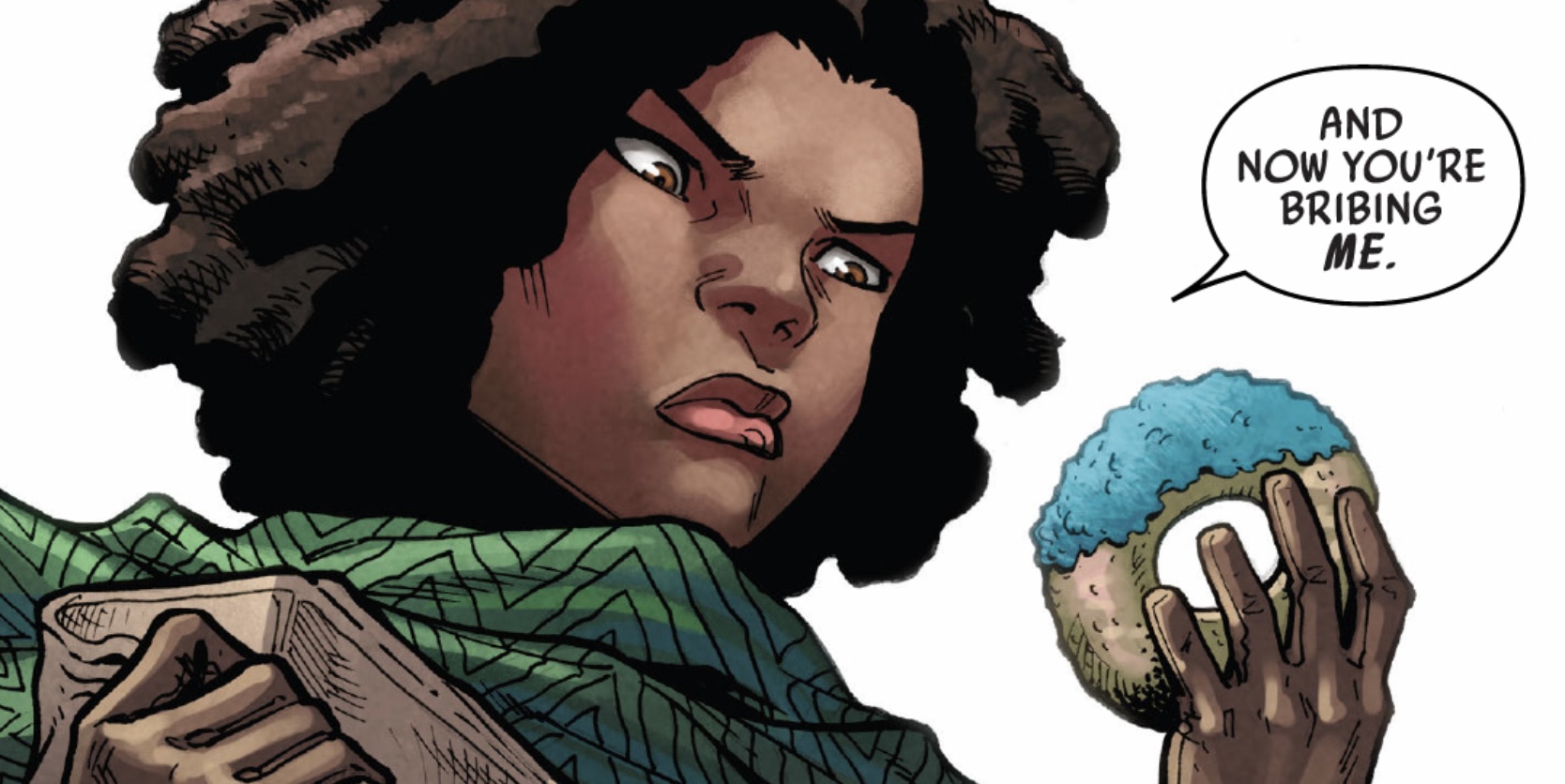 Back on Corellia, Aphra has managed to get Sana’s ear by bribing her with the Star Wars equivalent of donuts. Aphra needs an introduction to Lady Proxima, which Sana agrees to give her. Of course as soon as they’re in front of Lady Proxima, the Corellian crime lord already knows Aphra well and is just as outraged to see her as Sana was. Aphra only used Sana’s name as a decoy so she could get an audience. Lady Proxima has seen what Aphra is after and she knows who might have it.

Aphra bribes Proxima with a supposedly priceless artifact. The Nihil path engine did pass through her fingers and Sana’s co-pilot Remy possessed it at one point, before he sold it to De’rruyet. Sana’s outraged her partner kept this from her. Lady Proxima informs her a rival group, the Unbroken Clan, have been tracking the path engine as well and they’ve just captured Remy. 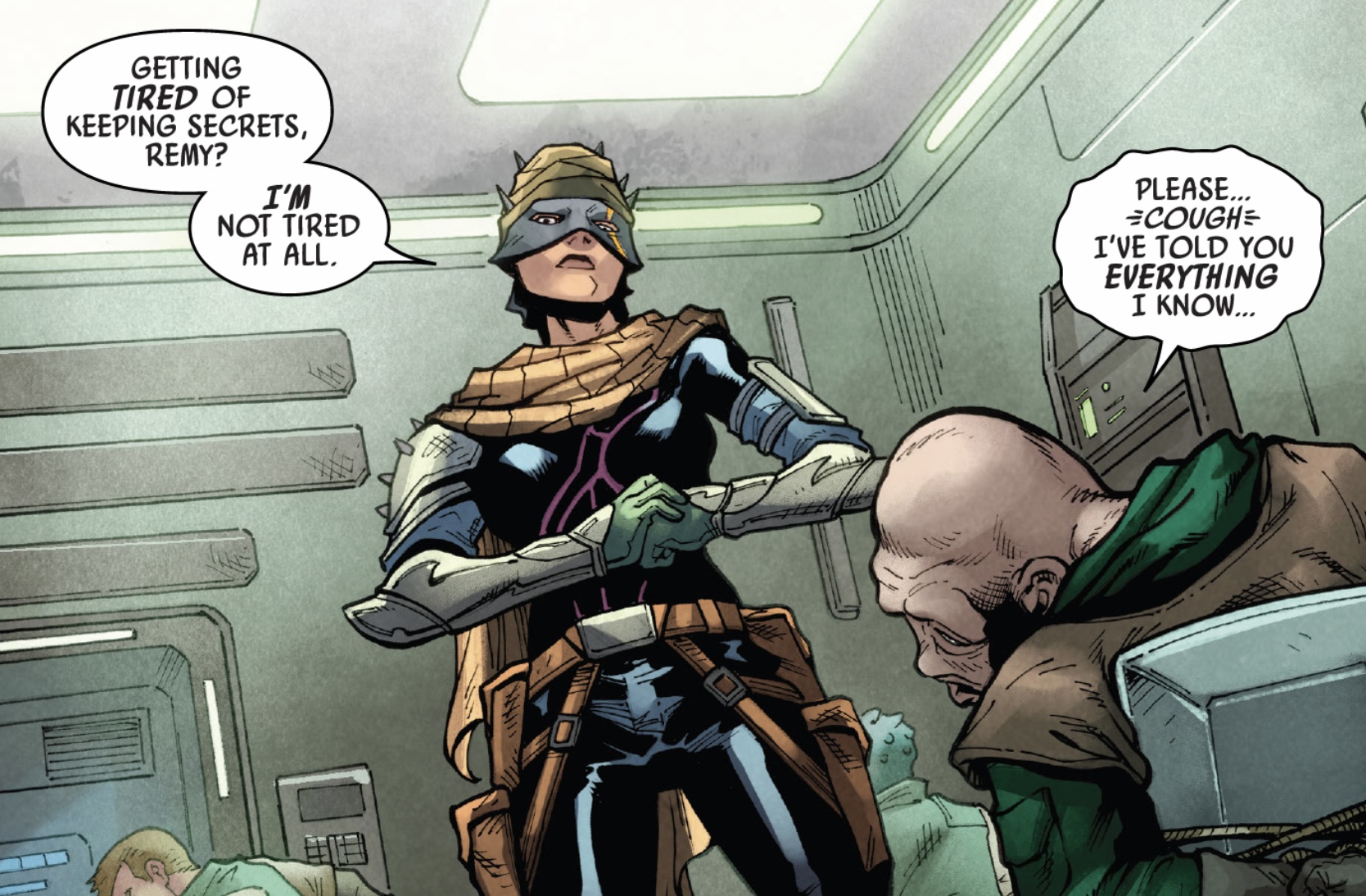 Vukorah, the leader of the Unbroken Clan, has been at work on Remy for a while trying to give him information. Remy’s been able to keep quiet but when one of her crew informs Vukorah of his affiliation to Sana Starros, Remy gives up everything. Sana and Aphra arrive outside and haven’t been discovered, but they are able to hear Remy give up Sana. Vukorah has what she needs and kills Remy, a knife in the chest, and directs everyone to start looking for Sana. I’m interested to learn more about Vukorah and the Unbroken Clan, especially because her armor looks vaguely Mandalorian and the name of their gang. 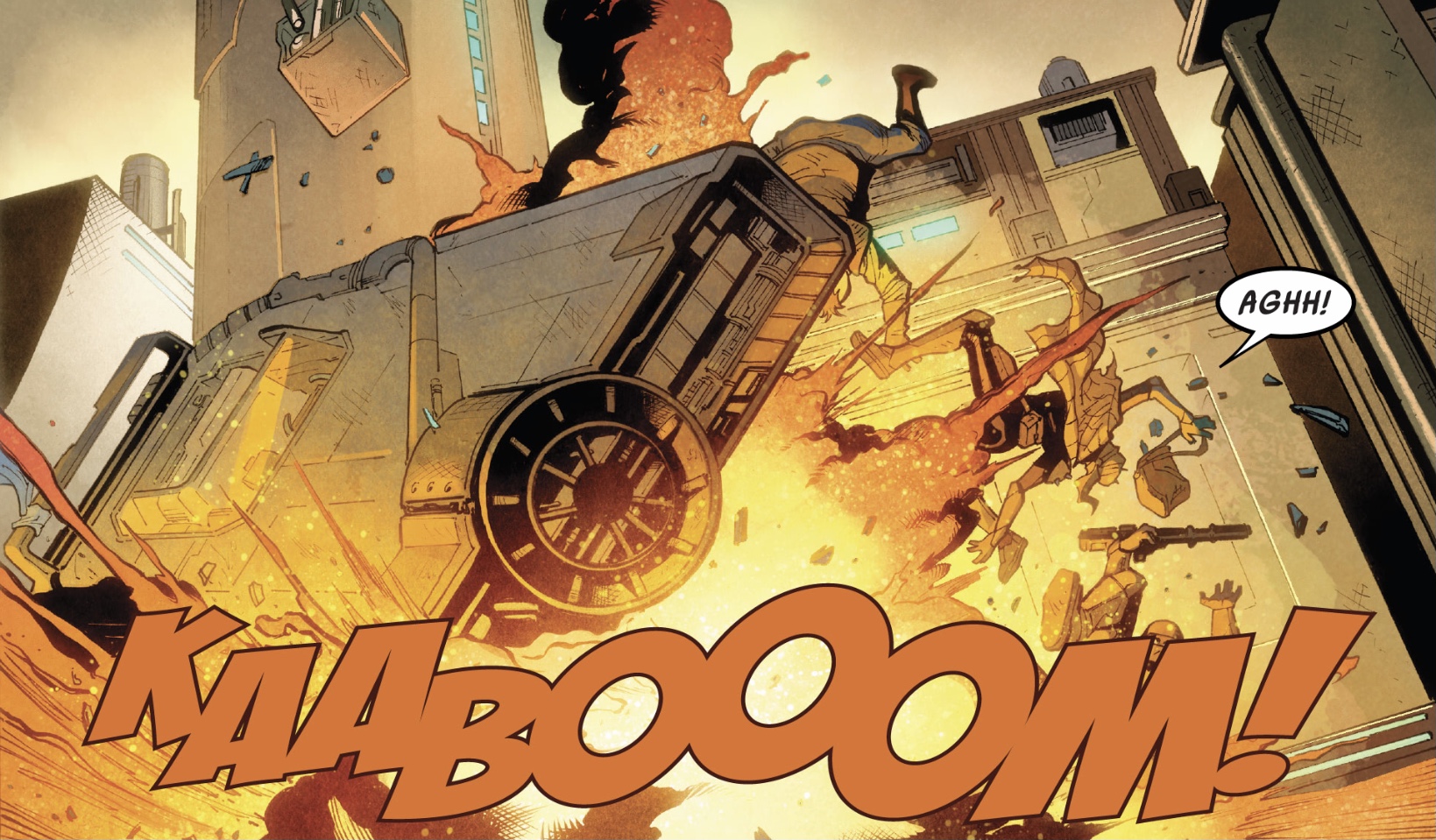 Aphra already had a plan. The priceless antique she gave Lady Proxima is actually part of a collection of exploding rings, which Aphra uses to blow up the transport of the Unbroken Clan. She and Sana move quickly to fetch Remy’s data pad, hoping it might have more answers about the path engine’s location. The explosion didn’t kill the Unbroken Clan and Vutorah shakes it off quickly, pulling a blaster on Aphra and Sana. They are able to blast their way back to the Volt Cobra and off Corellia.

Once off world, Aphra finds a clue to where they need to go next. It doesn’t look like things are going to get any easier for Aphra and Sana. They are heading to a battlefield and the Unbroken Clan are likely not far behind them. And it’s Just Lucky is probably not far behind. It should be interesting to see where they go and who else joins them as they continue searching for the lost Nihil technology.

Can’t express how thrilled I am to have Sana and Aphra back together. Writer Alyssa Wong does a great job with their dynamic. Sana knows Aphra well and they were once in love. I don’t see them getting back together (though I’d love it), though I think it will be more interesting to see which of Aphra’s moral fibers Sana’s presence pull on. Aphra is at her best when she’s trying to protect the ones she loves, so this is another nudge in the right direction of Aphra’s ambiguous journey through a galaxy filled with much detached morality. Another solid issue leaving me satsified but hanging for the next issue. 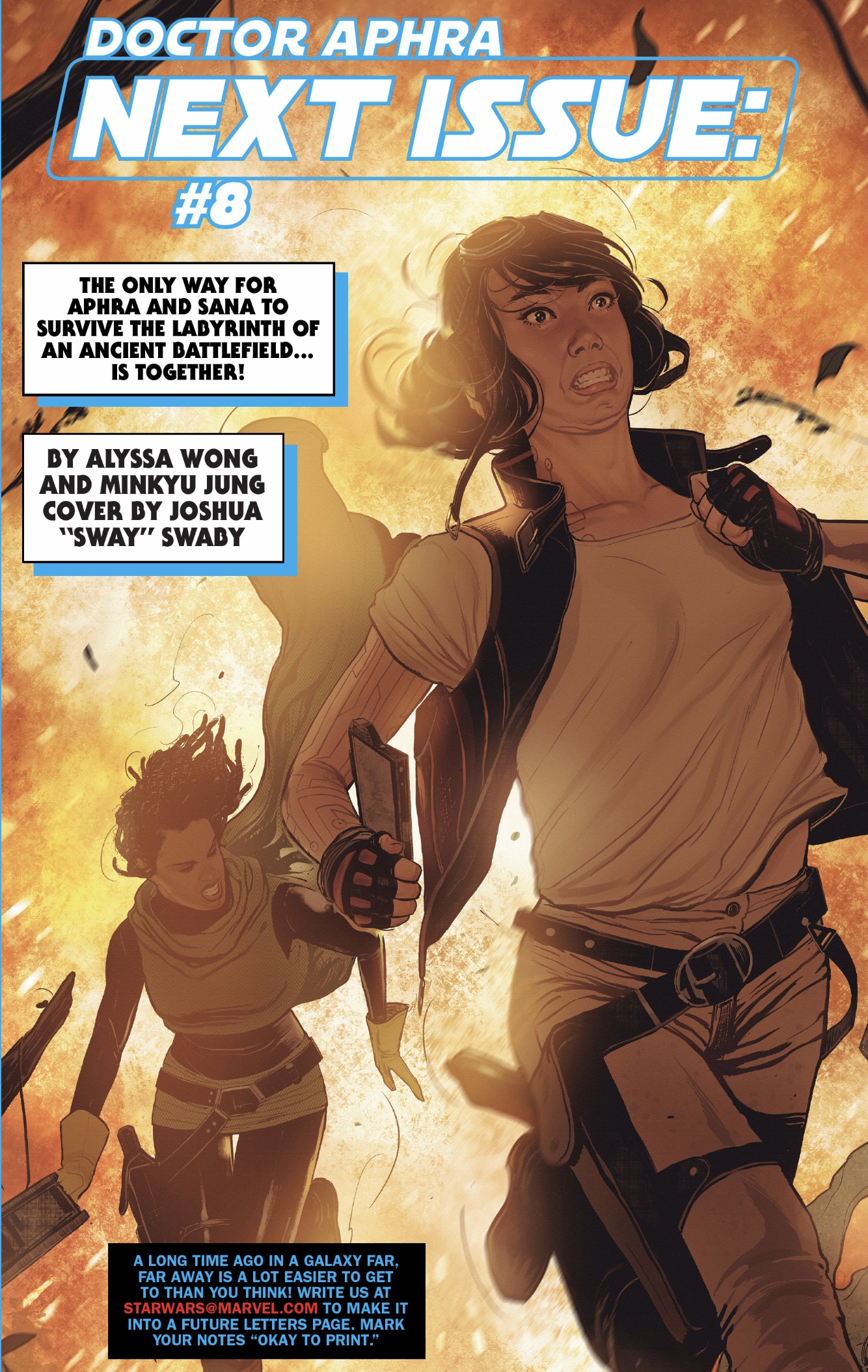