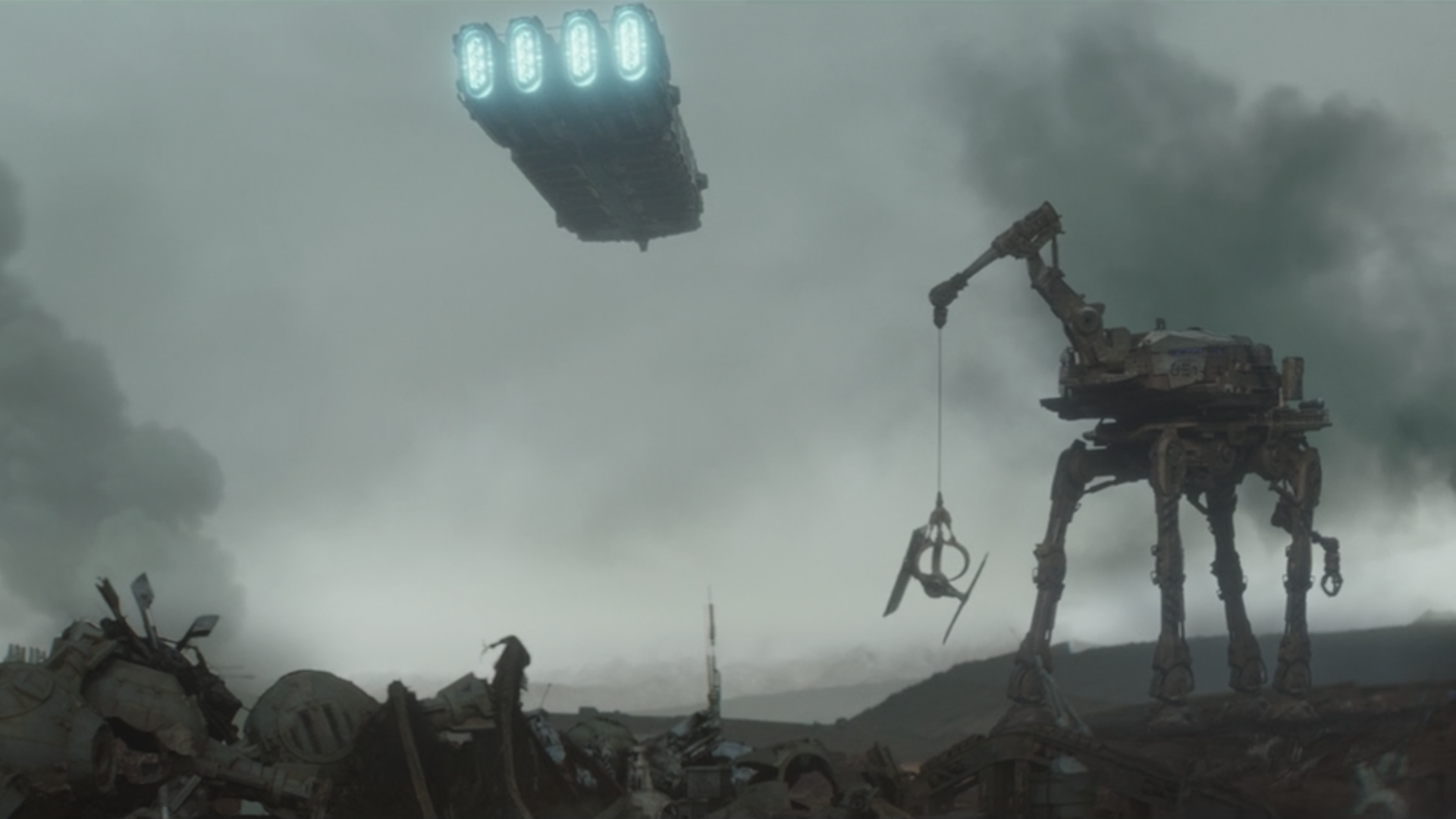 Even eagle-eyed Star Wars fans may have missed a cool new Easter egg in the most recent episode of The Mandalorian.

In Chapter 15 (The Believer), “scrapwalkers” can be seen working in the background at the Karthon Chop Fields where Migs Mayfield is carrying out his sentence. It seemed safe to assume the metal behemoths were CG creations, but they were actually brought to life via a technique as old as cinema itself: stop-motion animation. This wonderful piece of trivia comes from visual effects legend Phil Tippett, via his Twitter:

Want to thank @Jon_Favreau & Doug Chiang for believing that using stop-motion for the massive 'scrapwalkers' was 'THE WAY.' Think they turned out great, my team had a blast. Can't wait for what Season 3 brings.
.
.
.@CworthDynamics @halhickel @Tippett_Studio @themandalorian pic.twitter.com/ZQyXubg6Rq

Tippett himself is no stranger to the Star Wars franchise, and it makes perfect sense to have his studio bring the scrapwalker to life with stop-motion. After all, he was the one who originally animated the Imperial walkers on Hoth in The Empire Strikes Back, which to this day is one of the more breathtaking effects of the series. This also isn’t the first time that Disney-era Lucasfilm has hired Tippett Studio for this technique. In both The Force Awakens and Solo, the company was brought in to recreate the holo-chess board that Tippett animated in A New Hope.

It also shouldn’t come as too much of a surprise that The Mandalorian team has embraced another old trick in the Star Wars toolbelt. While the show has pushed modern effects forward with the groundbreaking Volume technology, there have been plenty of old-school effects sprinkled throughout to keep it grounded, familiar, and just plain fun. Whether it be the well-crafted sets, practical effects, motion control starships, or alarmingly life-like puppets (I’m looking at you, Grogu), Mandalorian has done a great job at making the series feel like Star Wars.

What’s significant now, however, is that we’re finally seeing stop-motion be utilized as a full-on special effect once more, and not just the quirky callbacks of hologram Dejarik. Stop-motion has a long history rooted in the special and visual effects industries, starting with the 1933 film King Kong. Tippett started his own career inspired by Ray Harryhausen, an effects artist who employed stop-motion in movies like the original The Clash of the Titans. That inspiration went a long way, and Tippett filled out the original trilogy with beautiful effects that perfectly blended into each scene. Since then, CG has mostly swallowed the types of effects that stop-motion might have been used for in the past, but The Mandalorian is bringing it back.

Some might argue that using stop-motion animation on the series is just for the nostalgia, but the fact that it had to be pointed out by the creator is a testament to how convincing the effect really was. Hopefully, we will learn more about how Tippett brought the scrapwalkers to the screen in the upcoming Disney Gallery: The Mandalorian special. And as Tippett hints in his tweet, this might only be the beginning of a stop-motion comeback for the saga.