Lucasfilm Announces the Next Adult Novel for ‘The High Republic’ Series, ‘The Rising Storm’ 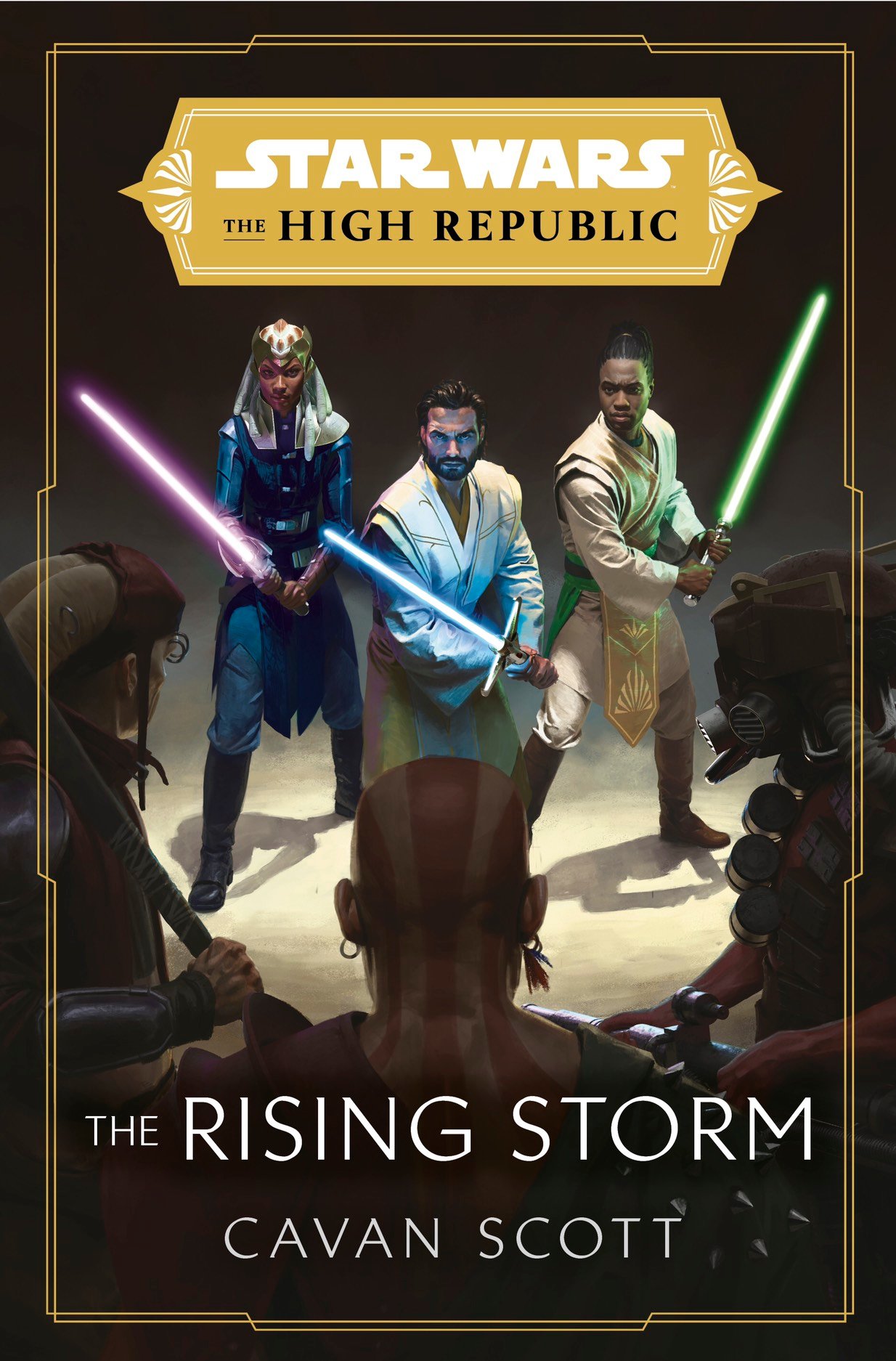 “Writing a Star Wars novel is always an honor, and this has been no different. It’s a responsibility I never take lightly, especially while opening up a new era in Star Wars storytelling such as the High Republic.”

As expected, these novels will not be a direct continuation of each other, but rather a new story set in the era of The High Republic. In particular, it will expand upon the antagonists of the era, the Nihil. Cavan Scott touched on this:

“The Rising Storm sees the Nihil taking their reign of terror to the next level, building on their appearances in Light of the Jedi and beyond. Standing in their way this time are newly elevated Jedi Council member Stellan Gios, along with Padawan Bell Zettifar and an intriguing new character, the saber-for-hire Ty Yorrick who I’ve had a blast creating.”

“Yorrick is a Force-sensitive monster hunter with a mysterious past. What is that past? Well, that would be telling. All I’d say is that you don’t want to get in her way, as Stellan and the others soon realize for themselves.”

The wait is almost over now for The High Republic, an event Lucasfilm has promoted for what feels like an eternity. It will get to us shortly after the second season of The Mandalorian ends, so fans can look forward to a lot of new content in 2021. The publication gap between the two novels is worth bringing up. For an event like this, they want a shorter window than a year, which is typically what the other ongoing book series do. Thrawn follows a similar schedule (although there is only one author), but they don’t want two books released too close to each other in fear of overwhelming readers. It will be interesting to see when we can expect the third adult High Republic novel. Meanwhile, we’ll get to enjoy the other stories in comics and young-adult books, which always have something interesting to offer.

Cavan Scott is known in the Star Wars publishing world for his IDW comics for younger readers. This will be his second venture in the adult-novel genre, his first being the excellent audio drama, Dooku: Jedi Lost.

Star Wars: The High Republic: The Rising Storm is now available to pre-order.