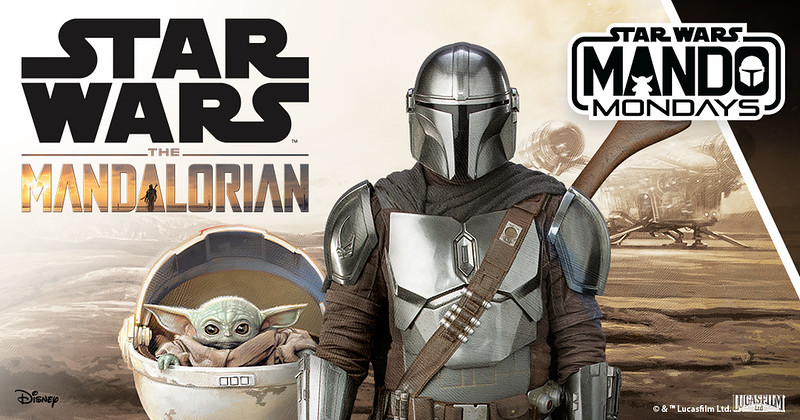 While Friday brings us an exciting new episode,  Mando Mondays brings us more merchandise reveals than you could shoot a jetpack missile at.

This third Mando Monday brings us even more goodies inspired by the The Mandalorian. This weeks reveals include: A new Funko Pop, A Black Series helmet, an electronic plush of the child, a Disney Magic Kingdoms event, and a new line of clothing from RSVLTS.

While the first week’s reveals were mostly based on the shows first season, now that we’re two weeks into the second season the reveals are surprisingly current with one of this weeks directly related to the episode that aired last Friday (Chapter 10: The Passenger). So if you haven’t seen it, this may be a light spoiler.

Up first though is the The Black Series: The Mandalorian Electronic Helmet: 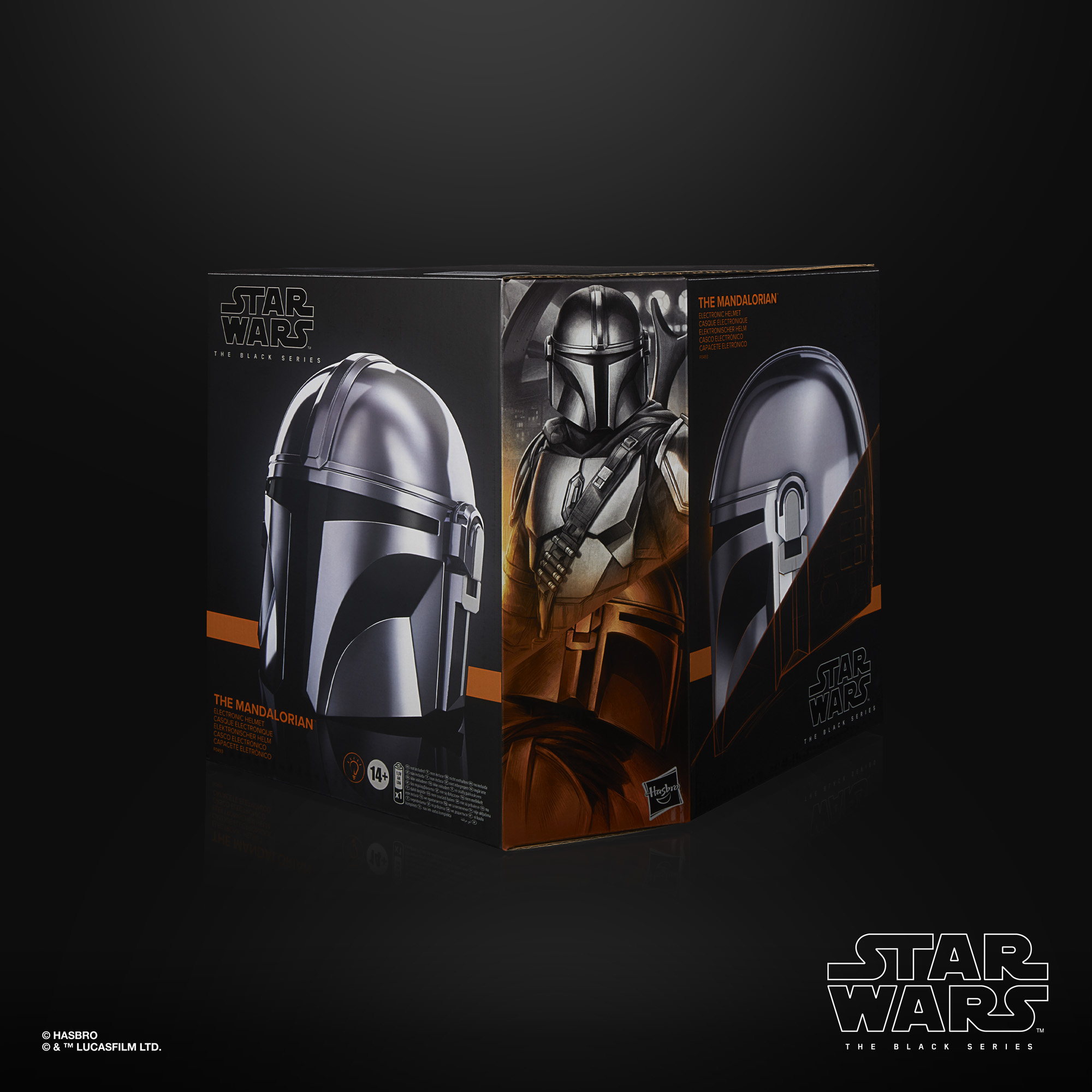 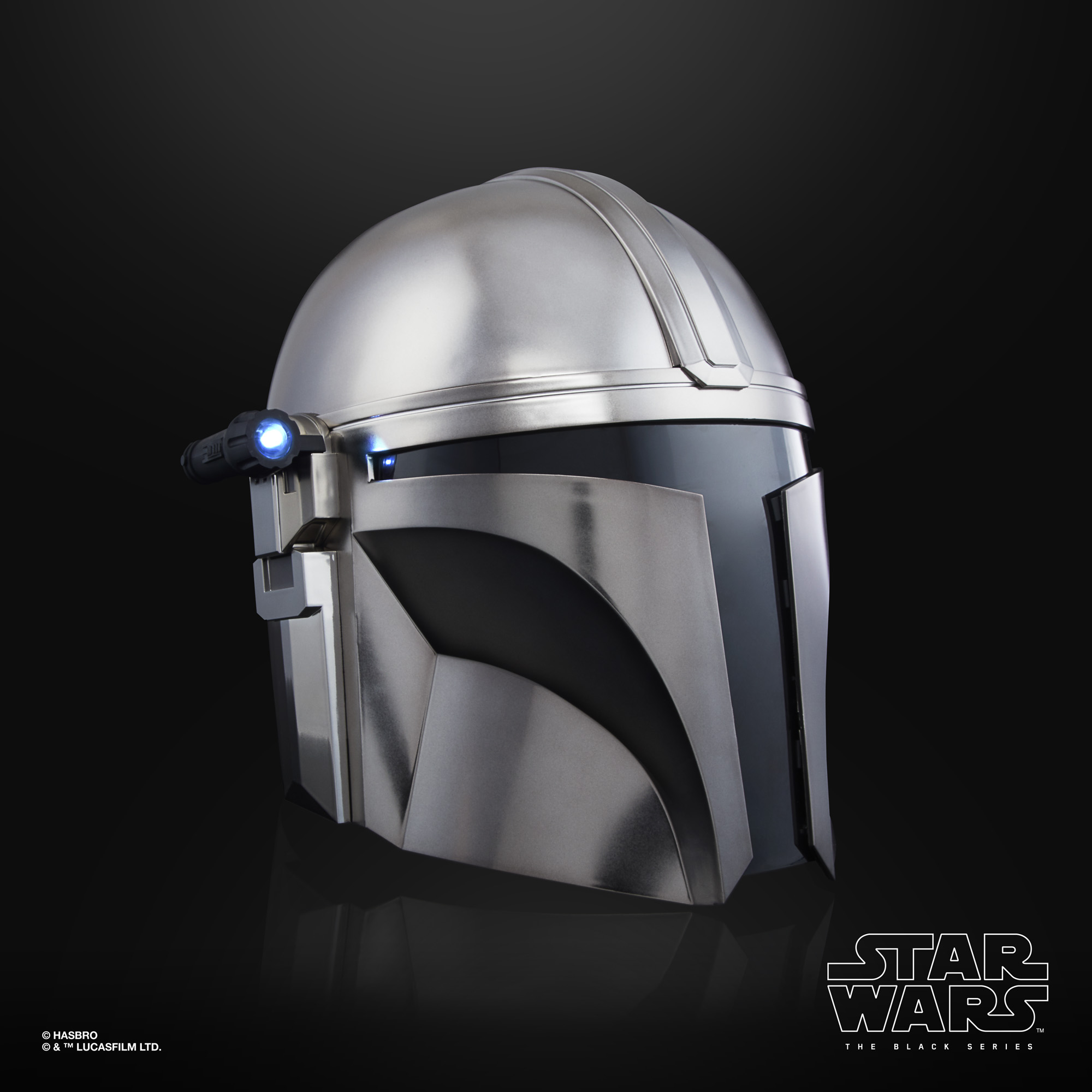 ‘Now you can don the beskar helmet of the mysterious masked warrior in The Mandalorian from Hasbro’s highly-detailed Black Series line. The 1:1 scale helmet includes electronic lighting effects to help you get into character.’

Fans and collectors can imagine scenes from the STAR WARS Galaxy with this STAR WARS: THE BLACK SERIES THE MANDALORIAN ELECTRONIC HELMET, inspired by the live-action THE MANDALORIAN series on Disney Plus. Featuring highly-detailed deco, series-inspired design, interior padding, and an adjustable fit, this helmet is a great addition to any STAR WARS collection. This screen-inspired reproduction helmet features a removable tactical light, as well as dual red interior lights that can be activated while the helmet is upside-down. Requires 1 1.5V AA battery, not included. Includes helmet and instructions. Available for pre-order at Hasbro Pulse and Amazon.

Also from Hasbro we have a new Remnant Stormtrooper figure from The Mandalorian: 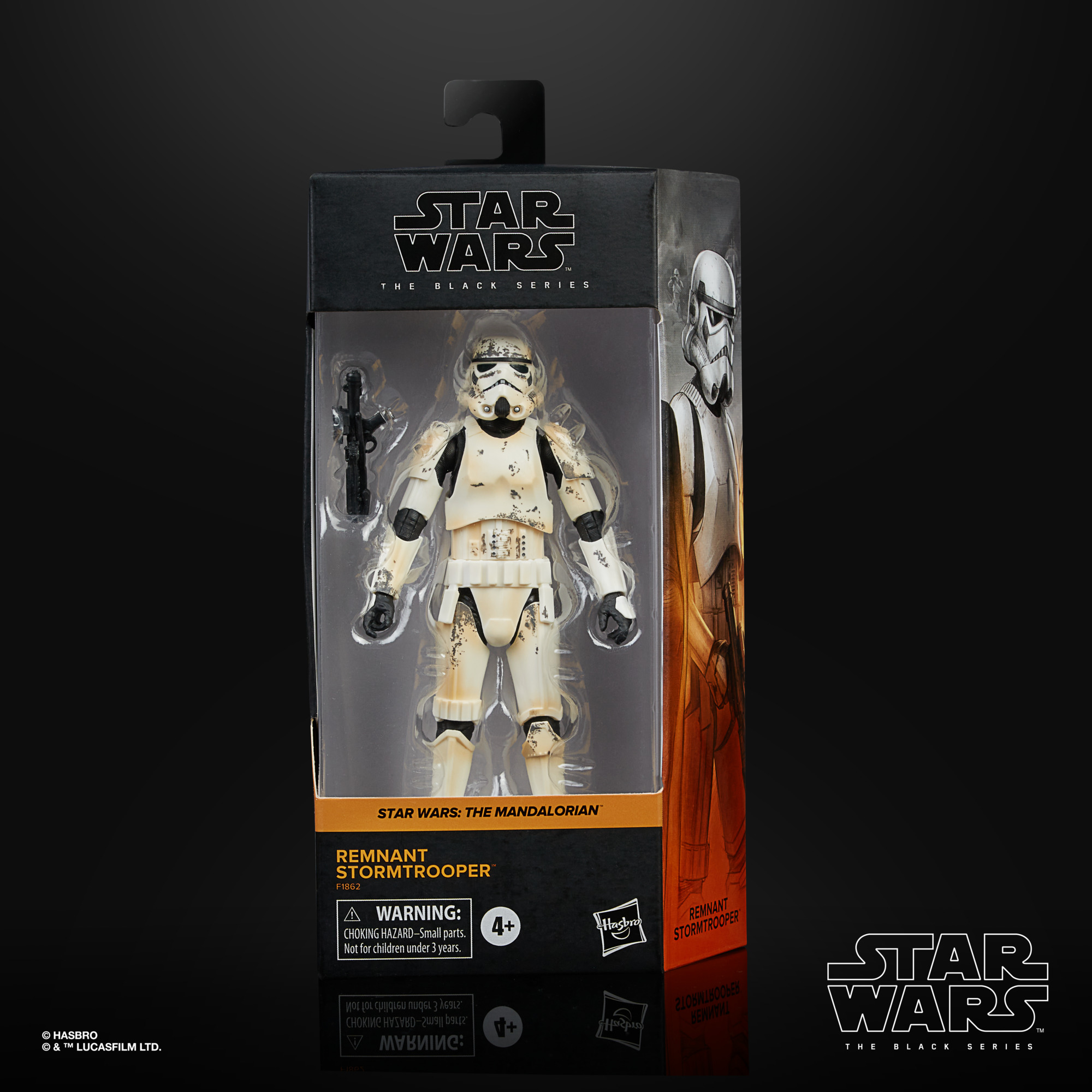 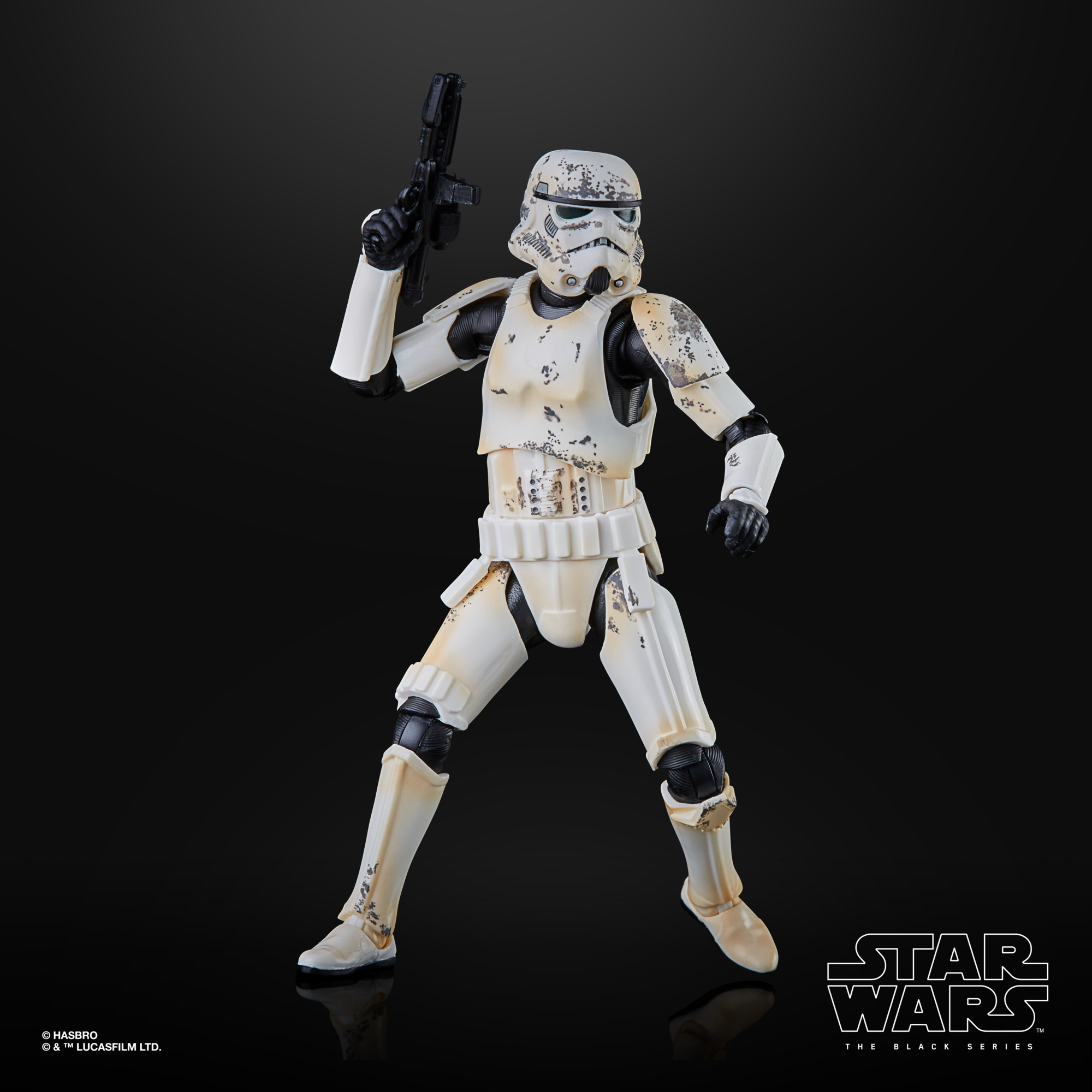 Fans and collectors can imagine scenes from the STAR WARS Galaxy with this premium STAR WARS: THE BLACK SERIES 6-INCH REMNANT TROOPER Figure, inspired by the live-action THE MANDALORIAN series on Disney Plus. STAR WARS  fans and collectors can display this 6-inch scale highly poseable, fully articulated figure, featuring premium deco, in their action figure and vehicle collection. Includes figure and accessory. Available for pre-order exclusively at Target.

Next is this adorable electronic plush of the child in satchel: 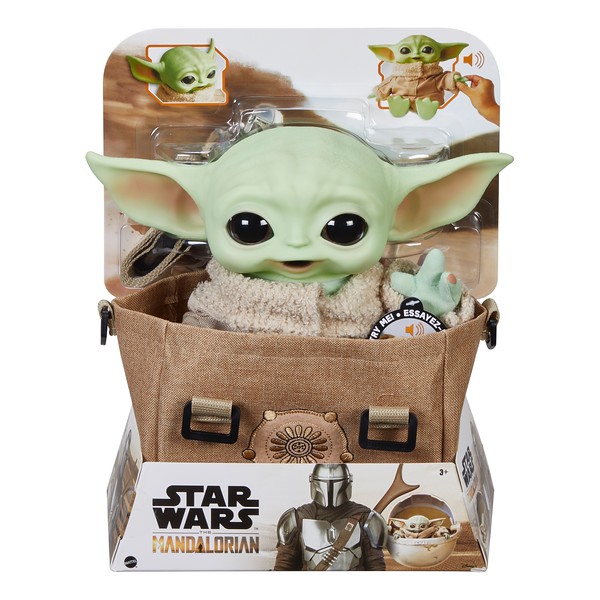 ‘This plush toy comes with a satchel like the one it’s carried in during Season 2, has little feet that it can stand on, and its arms, legs and even ears are posable! And with just a squeeze of its hand, this character makes sounds recognizable from the show!’

Set to  be released December 15th this can be pre-ordered now at Walmart.

Finally, the new Funko Pop is The Child with Egg Canister: 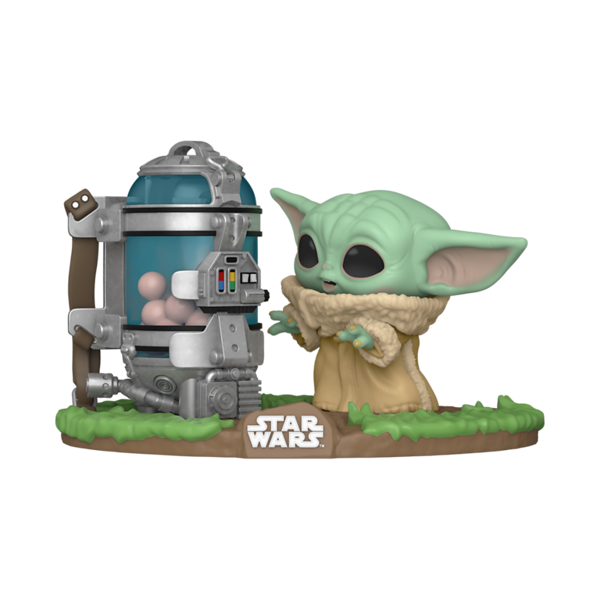 If you’ve seen this episode you know how obsessed the child is with those eggs and now you can own it in Funko form!

Check out the rest of this weeks reveals on the official Star Wars site. Mando Mondays run every week October 26th through to December 21st. You can join the online conversation with #MandoMondays.