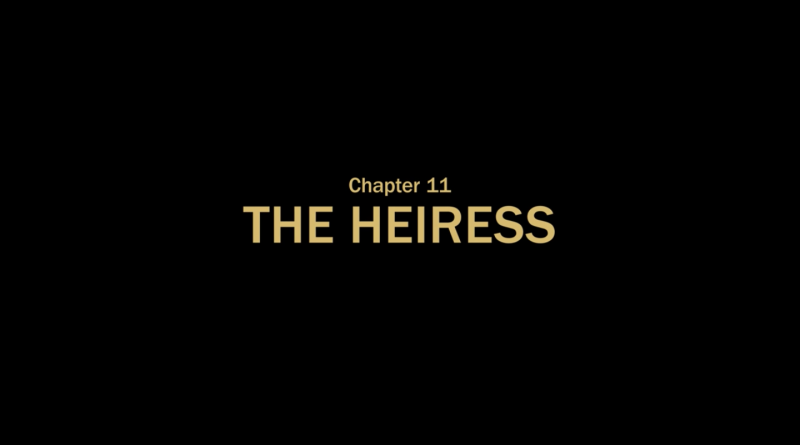 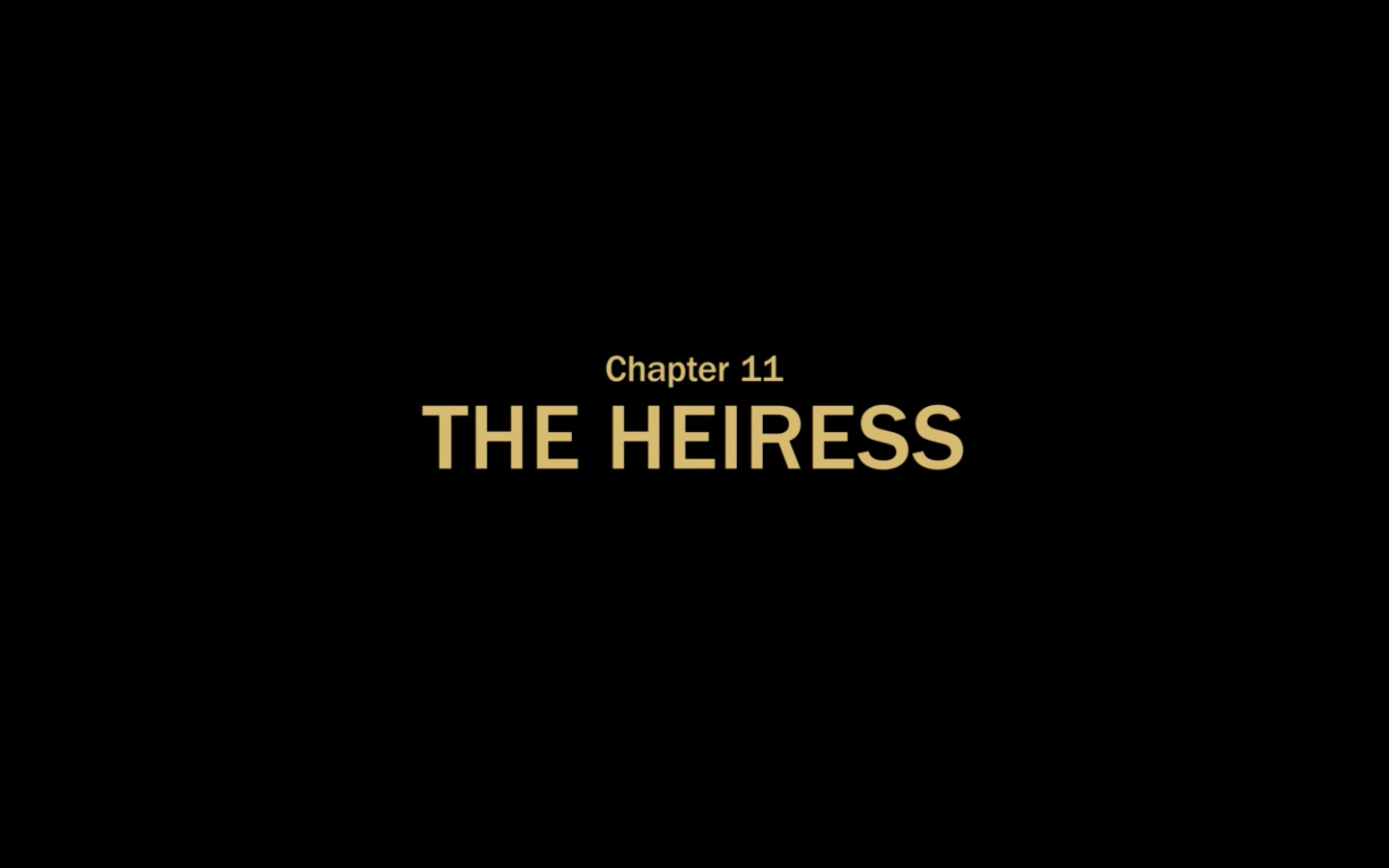 Chapter 11 of  Star Wars: The Mandalorian has a hard job as the third episode of the season. Season one’s ‘The Sin’ gave us Mando fully embracing his protectiveness for the child, a daring rescue, and of course, lots and lots of Mandalorians with jetpacks. So can this season’s third episode give us that same sense of wonder and excitement?

We’ll get into the spoilers soon but overall this episode is definitely a success. It weaved a lot of plot lines together, had some great reveals, and answered a LOT of questions. It was also an amazing demonstration of how far the visual effects have come, even compared to last season, with more than three sizeable set-pieces for the episode in different locations. The final scene felt straight out of a Rebels/The Clone Wars episode in terms of scale.

This episode was directed by Bryce Dallas Howard, and while I enjoyed her episode last season (it was the defend the village from an AT-ST one) a lot of fans saw it as a low point for the season, it’s safe to say that this episode excels above that with great direction from Howard.

I can’t talk about this any longer without spoilers, so if you haven’t seen the episode, please go watch it and come on back, this a spoiler-filled episode.

The episode picks up soon after last episode with Din Djarin, The Child, and Frog Lady stuck in the hatch of the barely space-worthy Razor Crest as it descends towards Trask. Things go very Revenge of The Sith with a fiery reentry as the ship plummets towards the planet. Mando is able to stabilize the ship just before landing but they miss the pad by just a smidge.

With the ship back on ‘dry’ land, Mando pays a Mon Calamari to fix the ship and the team head on their way. What follows is a very sweet moment as Frog Lady searches the crowded dock for her husband (titled in the credits as Frog Man, fittingly). They see one another and run into each others arms and embrace. I’m glad they kept this story fairly simple, I was dreading some cruel twist of plot.

Frog Man sends Mando and The Child to the local cantina to find more information on the whereabouts of other Mandalorians. It’s a pretty standard cantina affair, although this one is filled almost exclusively with Quarren and Mon Calamari (a detail I appreciate since not all cantinas are the same and we don’t need 30 new species introduced every time we enter one). Mando doesn’t need food, he needs answers. He pays a guy and another guy is brought over and informs him that they’re a few hours sail away and he can take them there….for a price.

It’s a fun change to see a sea-ship in Star Wars. The fun doesn’t last though as the Quarren offers to let them see a Mamacore eat. This underwater beast is fed under a large hatch in the centre of the ship. In a moment of actual dread, the Quarren wacks The Child’s carrier (with him inside) into the water where it is eaten by what can only be described as a Sea Sarlacc!

To make matters worse, when Mando jumps in to save him they close the hatch on top of him and he’s trapped. I was worried for a second that this would become the episode, that getting out of this situation would take up the rest of the slim 35 minute episode.

I was happy to be wrong as three Mandalorian’s descend, jetpacks and guns blazing, as they clear the boat and free Mando. One of the team jumps into the water to save The Child and after a few tense seconds and some blaster fire, emerges from the water, carrier in arms.

Here is where the episode’s reveals start and they just don’t stop. As our hero starts to explain his mission with the child the three Mandalorians take off their helmets. In the following conversation we learn that the leader of these Mandalorians is no other than Bo-Katan, a character seen in both The Clone Wars and Rebels, the last known wielder of the Darksaber before we saw it in Moff Gideon’s possession last season.

Since this show began fans have been asking ‘why do these Mandalorian’s have to keep their helmets on constantly when no other Mandalorian’s we’ve seen outside of this show have to?’ and this question is finally answered here. Djarin is a child of The Watch, ‘a cult of religious zealots that broke away from Mandalorian society, their goal was to reestablish the ancient way’. So there we have it, The Mandalorians didn’t become more secretive and entrenched in customs because of the purge, the group we’ve seen in this show were already this way when they broke away from the main group.

Bo-Katan’s plan is to seize weapons that are being bought by the Empire and then use those weapons to eventually retake their home planet of Mandalore. Despite pleas of unity, Djarin has a job to do, deliver The Child to the Jedi. Bo-Katan agrees that she’ll give him the location of one the Jedi for help capturing weapons due to leave on a ship at sunrise.

The Child is left with Frog Man and Frog Lady and told to ‘mind his manners’ from Djarin. It’s sweet to see him take on more and more of a fatherly role as The Child grows.

The final mission begins, the four Mandalorians land on the ship mid-flight, taking out the stormtroopers as they go. What follows is a classic Star Wars hallway scene as our heroes blast down countless stormtroopers, making their way to the cargo bay. The scenes are well staged and it’s cool to see more of the tactics Mandalorians use when outnumbered. Ultimately, they clear the cargo bay and the weapons are theirs. Bo-Katan informs them that now that the next goal is to storm the bridge and take the ship. Djarin protests that taking the ship was more than he signed up for.

Here we get our next reveal, Bo-Katan needs something to rule Mandalore, something that was taken from her. These imperials will know where Moff Gideon is with the Darksaber and she wants it back.

We see the captain of the ship talking to Moff Gideon, requesting backup. Gideon says that since the cargo is lost then that is not an option so the captain knows what to do. The Empire has always been extreme but we see just how loyal and fanatical those that remain are as the captain shoots both his pilots, jumps into the seat and dive-bombs the ship.

Of course our heroes save the ship, but when pressed for Moff Gideon’s location the captain takes a suicide pill in his mouth that kills him. Djarin departs the ship and gets the information he needs, the final big reveal for the episode. The location of the Jedi and their name: Ahsoka Tano.

With that the Mandalorian and The Child return to the  terribly repaired ship and set off to find Ahsoka.

It’s hard to believe we found out so much in such a short episode. We know more about Djarin’s Mandalorian group, we saw a live-action Bo-Katan and heard the name Ahsoka Tano uttered out loud. In another first, Katee Sackhoff played the live action version of the character she voiced in The Clone Wars and Rebels. She did an amazing job as well, perfectly capturing the characters mix of nobility and sense of revolution.

Last weeks episode was rather splitting among fans, some loving the adventure-of-the-week feel, as the team faced a crashing ship and giant spiders, while others felt it was filler, a literal knock off course to where the series was heading. I believe this episode will satisfy both crowds. We get adventure and awesome action but it also feels like a big advancement on the plot and ties a lot of plot points together. it also continues The Mandalorian’s trend of having one episode characters that will probably show up down the line.

Like the previous two weeks this episodes plot line doesn’t offer us anything we haven’t seen before but like this seasons premiere episode it does rework it enough so hardcore Star Wars fans are gasping at reveals and connections while those just watching the show are entertained by amazing set-pieces and reveals that are interesting within the show itself and not just the larger Star Wars galaxy.

Overall, this continues to be a strong season for the Mandalorian and this episode continues the trend of big plot-heavy third episodes with amazing Mandalorian action. This is the right balance between adventure based escapades and plot-based narrative.

What did you think? Leave your thoughts in the comments below and be sure to watch The Mando Fan Show tonight LIVE on our YouTube channel at 8:30 ET where John, James, and Lacey will be joined by Ming Chen from Kevin Smith’s Comicbook Men to discuss this episode! 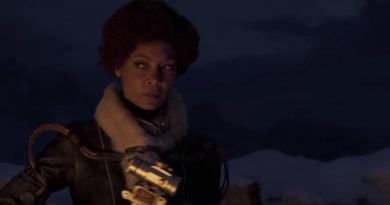 The Rogues of Solo: A Star Wars Story – Details on Beckett, Val, and Vos from EW 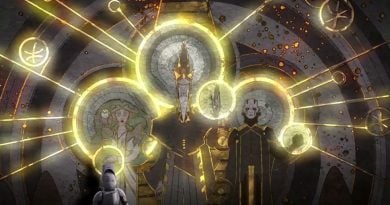 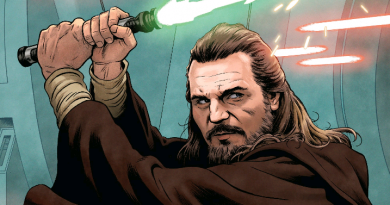