Rumor: ‘Boba Fett’ Miniseries Casts Jordan Bolger, Will Be Set Between ‘Return Of The Jedi’ And ‘The Mandalorian’ Season 2

Some new rumors about the alleged Boba Fett miniseries meant to tie in with The Mandalorian have come to light. From the sound of things, one of the cast members has been identified, alongside some broad details about when the story will be set.

According to The Direct, the untitled Boba Fett miniseries, which will star Temuera Morrison (who played the character’s clone-dad Jango Fett in Attack of the Clones and dubbed over the character in some versions of the Special Edition of The Empire Strikes Back), has cast Jordan Bolger in a supporting role. Bolger is best known for his role in Peaky Blinders, where he appeared in thirteen out of the show’s thirty episodes released thus far, although his character was recast with Daryl McCormack playing the character in all six episodes of the fifth series. Given the proximity of when Boba Fett is filming compared to The Mandalorian, it’s highly likely that Bolger could be appearing in The Mandalorian as well.

In fact, any character introduced in the Boba Fett miniseries are potentially likely to play some kind of a role in The Mandalorian if the spin-off is meant to be an extension of the larger narrative at play with Mandalorians, which has expanded from the movies to shows like The Clone Wars, Rebels, and now The Mandalorian. The Direct also notes that Sophie Thatcher, who was reported by Deadline to have been cast in the third season of The Mandalorian, will actually be making her debut in the spin-off – also in a supporting capacity. Perhaps Bolger and Thatcher may just be cast for Boba Fett, with no plans for supporting roles in The Mandalorian, or perhaps one or both of them will be making the jump after the miniseries ends. We’ll have to wait and see. 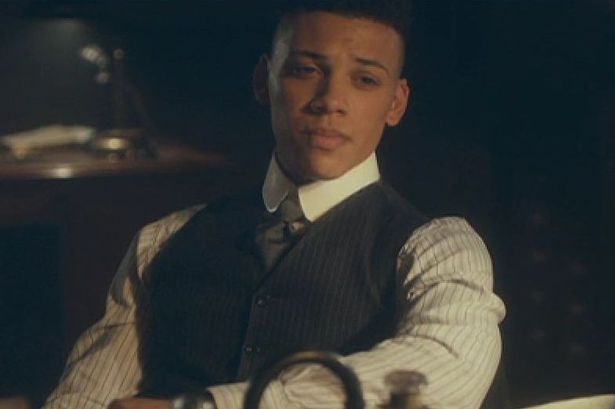 More importantly than just a co-star, however, is the fact that we now have a better idea of when this show will be set. Per The Direct’s sources, the show will be at least partially set between Return of the Jedi and the second season of The Mandalorian, which most likely means that we’ll be seeing a bulk of the character’s story outside of his iconic armor. The question if Boba Fett managed to survive the events of Return of the Jedi in the Disney era of Lucasfilm has haunted fans for years, and we finally got our answer late last month with Temuera Morrison’s take on the character watching as Din Djarin took off with his armor. Aside from a comment that Krayt Dragons can eat Sarlaacs hinting at how Boba Fett could have survived – alongside the fact that part of his acid-covered armor was recovered by Jawas and later acquired by Cobb Vanth – we don’t have a real answer as to what allowed the man once called the best bounty hunter in the galaxy to escape a fate of being digested slowly over centuries.

A spin-off explaining that story and going into what he’s been up to in the years after retiring from bounty hunting could help justify the decision to flesh out the character outside of The Mandalorian itself, particularly if Boba Fett plays into the larger story about Mandalorian culture in future seasons of The Mandalorian. It’s also possible that the series will delve into Boba Fett’s story with plot events set prior to his undignified defeat in Return of the Jedi in addition to covering ground set after that film. Regardless, I don’t think that we’ve seen the last of Boba Fett in this season of The Mandalorian, and I’ve got a sinking feeling that he won’t be the only returning character that we’ll see if we return to Tatooine pretty soon.