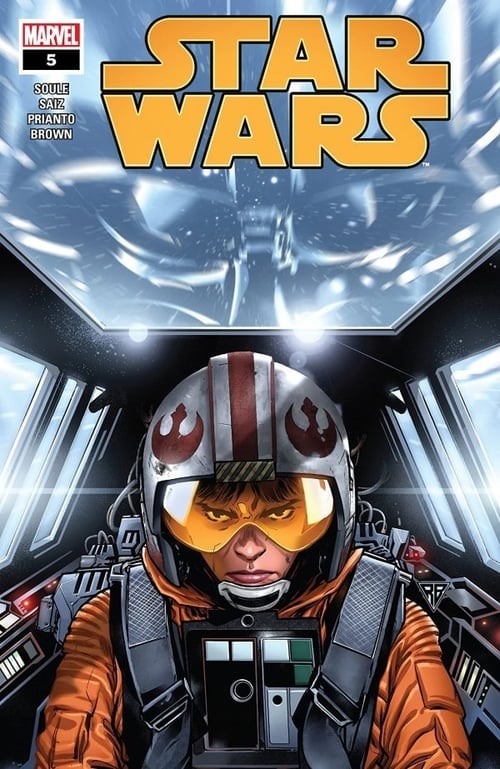 While Darth Vader scours the galaxy in search of his son, Luke has followed his force vision in hopes of learning from the woman who appeared in them holding his lost lightsaber.  He might be eager to find her, but as she flees at the sight of him, she probably doesn’t feel the same way.

This issue starts with a bang and doesn’t slow down. Maybe not quite as revelatory and groundbreaking as the current Vader series, it’s nice to see the Star Wars ongoing series focus on one character: Luke, in this case. This issue starts to answer some of the questions posed in previous issues without feeling too dialogue heavy and leaving enough mystery to keep the anticipation for the next issue! Full review with spoilers here.