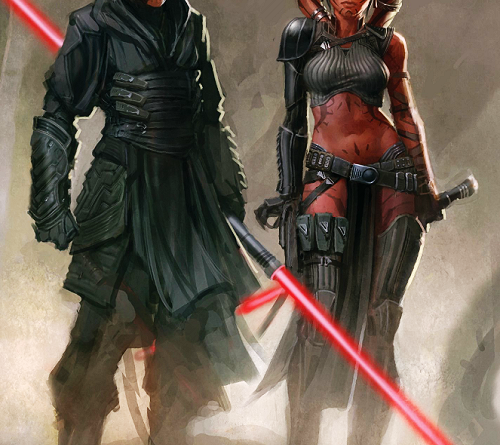 Before he presented a new pitch for Star Wars sequels to Disney around the time he sold Lucasfilm, George Lucas set aside some time to write a few outlines about what stories set after Return of the Jedi might look like. In one of those stories, Darth Maul would have returned, bringing a Star Wars Legends character with him: Darth Talon.

Darth Talon was originally introduced in a Star Wars Legacy story set over a century after the original trilogy, as part of the One Sith – a group that eschewed the idea of the Rule of Two in favor of having strength in numbers, overthrowing the Jedi Order. In the upcoming sourcebook The Star Wars Archives: Episodes I-III 1999-2005, a new interview with George Lucas about one of the drafts for a sequel trilogy pitch indicate that George Lucas wanted to bring not only Darth Maul – who he had plans to resurrect in The Clone Wars – back into the fold, but also Talon, whose backstory would be reworked entirely so that she could appear in an era set a few decades after Return of the Jedi. In the new backstory, Maul would train Talon as his new apprentice, effectively making her the Darth Vader of this new story while Maul would take after Darth Sidious, establishing power by means of consolidating a crime network from the shadows as he did during the Clone Wars, becoming a new threat in the wake of a fallen Galactic Empire.

The story itself, as pitched here, would begin shortly after Return of the Jedi and would revolve around the Skywalker twins picking up the pieces of Anakin Skywalker’s legacy. Leia would work to restore the Republic and eventually become the Supreme Chancellor, while Luke would seek out the few dozen survivors of Order 66 and seek out children who had Force potential. (Han is not mentioned at all in this interview.) Both Luke and Leia would find themselves at odds with the new Sith, be it directly through battles with the new Jedi, or indirectly through their criminal empire corrupting the resurgent Republic. Eventually, both Skywalkers succeed, presumably over a very long period of time. The story would also have an interesting twist to the Prophecy of the Force in that Leia would be the one who brought balance to the Force, not her father. You can read an excerpt of the interview below:

George Lucas wanted Maul has the big bad guy of the Sequels, this is from the new book Star Wars Archives Episode 1-3 The Prequels with new interviews from Lucas from StarWarsLeaks

To reiterate: this pitch is not the one that would be used to form the basis of the sequel trilogy that we received, and we don’t have evidence that George Lucas even pitched this to Disney. Lucas has had lots of different ideas about what would come after Return of the Jedi over the decades, very few of which even involved Darth Maul at all; this was just one of many. Nonetheless, Darth Talon was actually used in the pitch that would be given to Disney. Originally, the backstory of the character that would become Kylo Ren had him seduced to the Dark Side thanks to a character meant to be Darth Talon, who would be working for “Uber”, the character that would become Snoke. The Force Awakens cut out the middlewoman, and Darth Talon was nowhere to be seen. Prior to the Disney purchase, these concepts still were reworked into other Lucasfilm projects; The Clone Wars, for instance, made Darth Maul a crime lord, while an incomplete video game starring the character would have had him team up with Darth Talon (again, ignoring her Star Wars Legacy backstory in favor of something more consistent with what Lucas wanted).

It’s entirely possible that several of these story elements could still be adapted into a story set between the events of the original trilogy and the sequel trilogy, even if Darth Maul is too dead at this point in the timeline to be included in such a tale. We know that around this time, Luke was in the process of rebuilding the Jedi from the brink of extinction, and Leia was able to help the New Republic form, although we have yet to see much of either of these stories play out in the stories that have been released so far. Interestingly, reference books tied to The Force Awakens and The Last Jedi indicated that Snoke had at least one apprentice before Kylo Ren, although Snoke himself is no Sith, so Talon wouldn’t be a “Darth” if she was indeed a disciple of Snoke. There’s also the still-unanswered question of how Snoke, Palpatine’s pawn, consolidated power from Rae Sloane, who founded what would eventually become the First Order – especially Sloane’s vision for the First Order, a reformed version of the Empire, differed from the fanatical military junta that it eventually became. Having a criminal faction become involved in the conflict could help justify Snoke’s rise to power, while also explaining how the Skywalker family knew about him.

The trilogy that Disney did make was much more in line with the pitch that George Lucas gave them around the time of the sale – Darth Vader’s grandson went to the Dark Side, Luke exiled himself and became disillusioned with the Jedi, an orphaned girl on a backwater planet managed to meet with the Skywalkers and become a Jedi herself, and the remnants of the Empire and the Sith return to prominence after being thought long dead. (The draft Lucas described placed a lot of emphasis on Whills and Midi-Chlorians, which J. J. Abrams and Rian Johnson et al. opted to ignore.) Still, it seems like a discarded draft for a trilogy pitch like this one could easily serve as a foundation for future Star Wars stories bridging the two trilogies, particularly since a lot of new Star Wars content is built off of the foundation of ideas that were never used previously. I personally don’t think that it would have been very likely that this story would have ever played out on the big screen, given that it would have presumably involved a lot of digital work on both Mark Hamill and Carrie Fisher had they opted to reprise their roles in this story (presuming they weren’t recast) but this kind of pitch for an interquel series seems ripe for animators to go wild with, provided that there are some adjustments made to this story to fit the canon timeline.

The Star Wars Archives: Episodes I-III 1999-2005 is written by Paul Duncan and will be released at some point later this year. 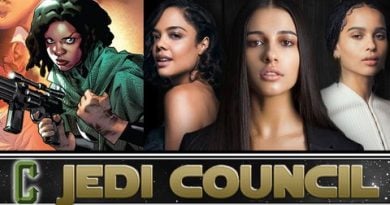 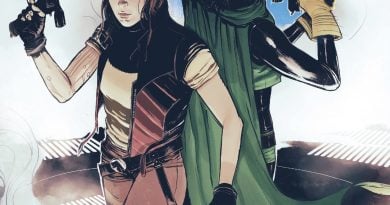 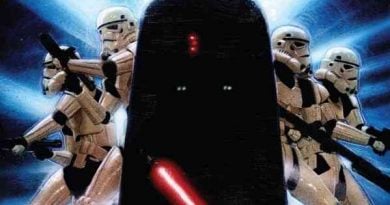