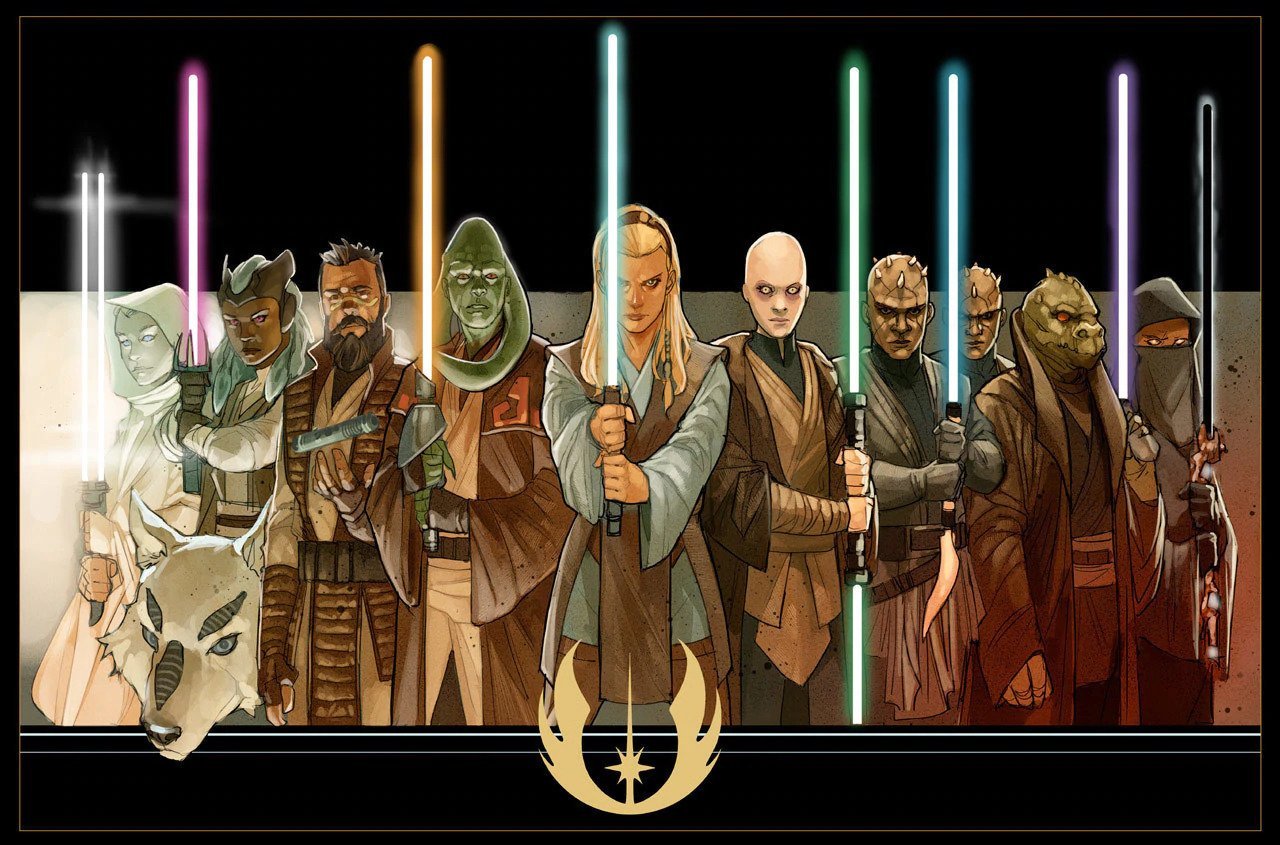 Now, StarWars.com has released the official opening crawl for the event, which reads:

The galaxy is at peace, ruled by the glorious REPUBLIC and protected by the noble and wise JEDI KNIGHTS.

As a symbol of all that is good, the Republic is about to launch STARLIGHT BEACON into the far reaches of the Outer Rim. This new space station will serve as a ray of hope for all to see.

But just as a magnificent renaissance spreads throughout the Republic, so does a frightened new adversary. Now the guardians of peace and justice must face a threat to themselves, the galaxy, and the Force itself….

At this point, I have to guess that this is just the introduction to the new era and not necessarily that each book and comic will have an opening crawl of its own. So judging it on that basis, I hope that this new era of Star Wars will be different than the one explored by the Skywalker Saga, because from this opening crawl, it just seems like 1977’s Star Wars from the point of view of the Empire, who sees itself as the good guys.

Let me explain: let’s position ourselves from the point of view of a citizen of the Empire, who is grateful that after many years of the Clone Wars, and before that, even more years of political disarrays, finally sees a galaxy at peace, ruled by the glorious EMPIRE, and protected by the noble and wise DARTH VADER. And as a symbol of all that is good with this system, the Empire is about to launch the DEATH STAR into the galaxy, a new space station that will serve as a ray of hope for all to see – that is, for all good Empire citizens, a weapon to annihilate the dreadful Rebellion. And just as this happens, a new adversary arises in the form of Luke Skywalker, who will represent a threat to the guardians of peace and justice, the Grand Moffs, the Grand Admirals, the great Darth Vader, and even the Emperor himself. It will also be a threat to the galaxy, and even the Force itself….

I know that it doesn’t match 100%, but the general idea is there. However, I must say that I remain optimistic after reading some of the excerpts from Soule’s upcoming novel, Ireland’s upcoming book, and the first look at the comic series Star Wars: The High Republic. For now, we’ll have to wait and see, but I have very high hopes for this new era, because after many years, I feel it’s finally time to let go of the Skywalker Saga and that time period and start exploring some other eras of the galaxy. It is time to start meeting more new characters (even though they are bringing Yoda in). So far, The Mandalorian is succeeding at that, even though for the new season we are basically getting the entire roster of “second-tier” canon characters (in the eyes of the general audience), characters from the books and the animated series. 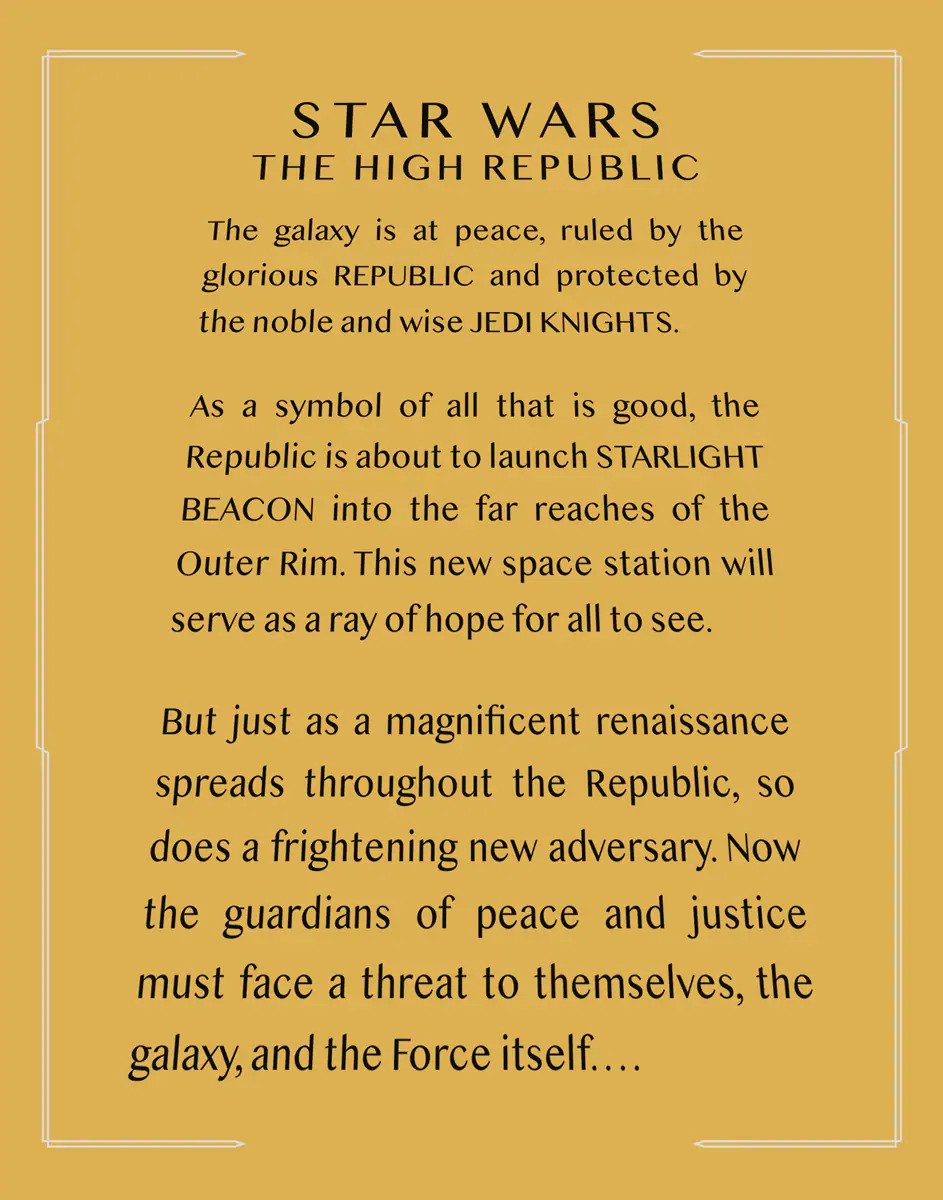 As mentioned above, The High Republic era is scheduled to kick off on January 5, 2021.