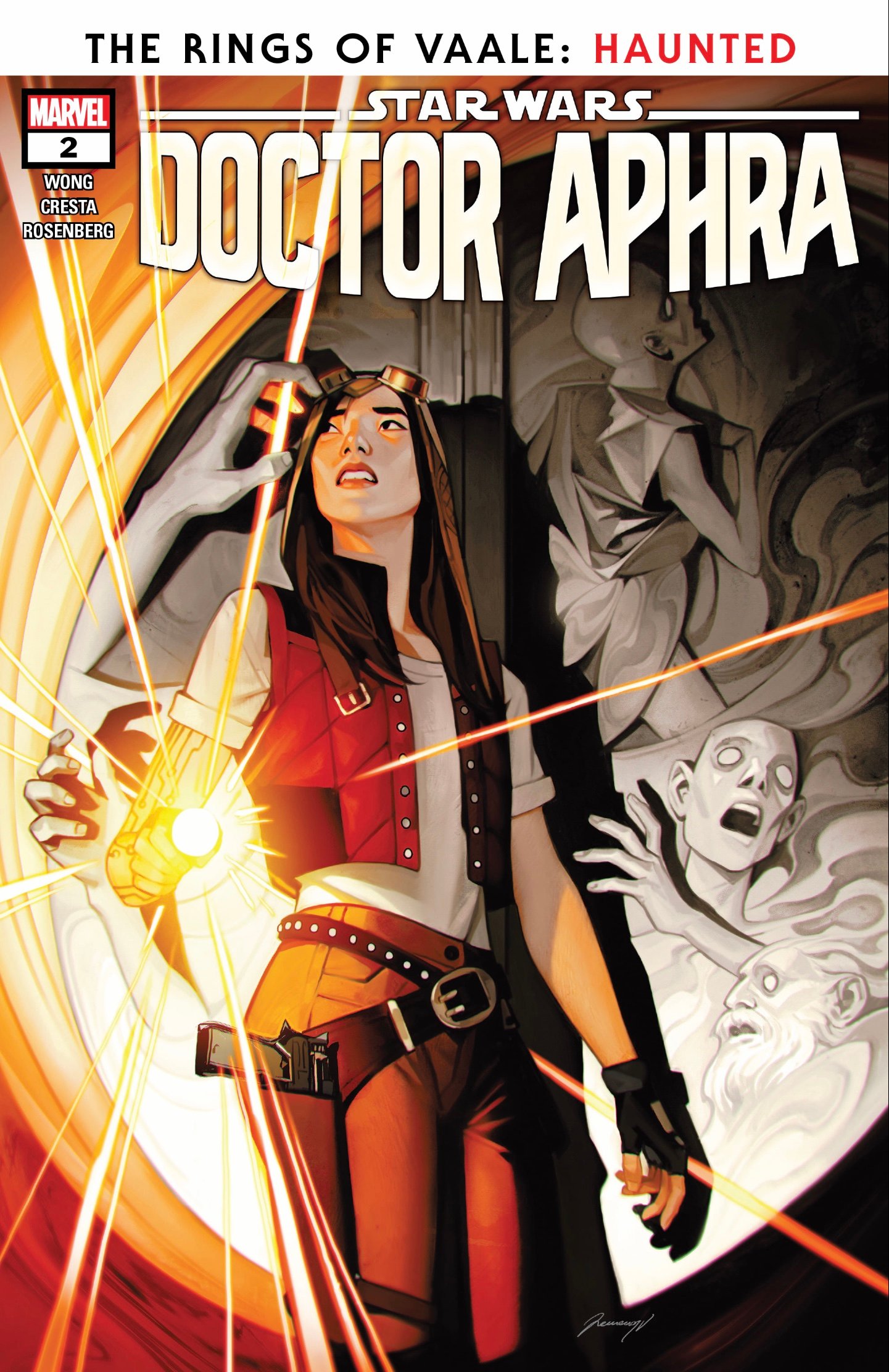 The search for the Rings of Vaale continues as Aphra and her crew arrive at the Lost City. Completely deserted and covered in the carvings of a thousand tortured faces supposedly made out of ‘living stone’ – if they didn’t believe the city was cursed before, they should now! Spoiled aristocrat Ronen Tagge is hot on the team’s tails with a promise to use all his money and power to crush them and steal the Rings for himself. There’s no choice but to keep moving forward into the darkness.

This is a really strong second issue from writer Alyssa Wong using all the set up to move the story forward way faster than I thought it would. Smug, arrogant, and a destroyer of art: Tagge is a great antagonist you love to hate while all the new additions on Aphra’s side have also fit in perfectly. The Lost City looks amazing and you can feel the creepy horrors coming from it. Special note to an awesome page entirely taken up by a spiral staircase as our characters descend. This is definitely worth you time! Full review with spoilers here.