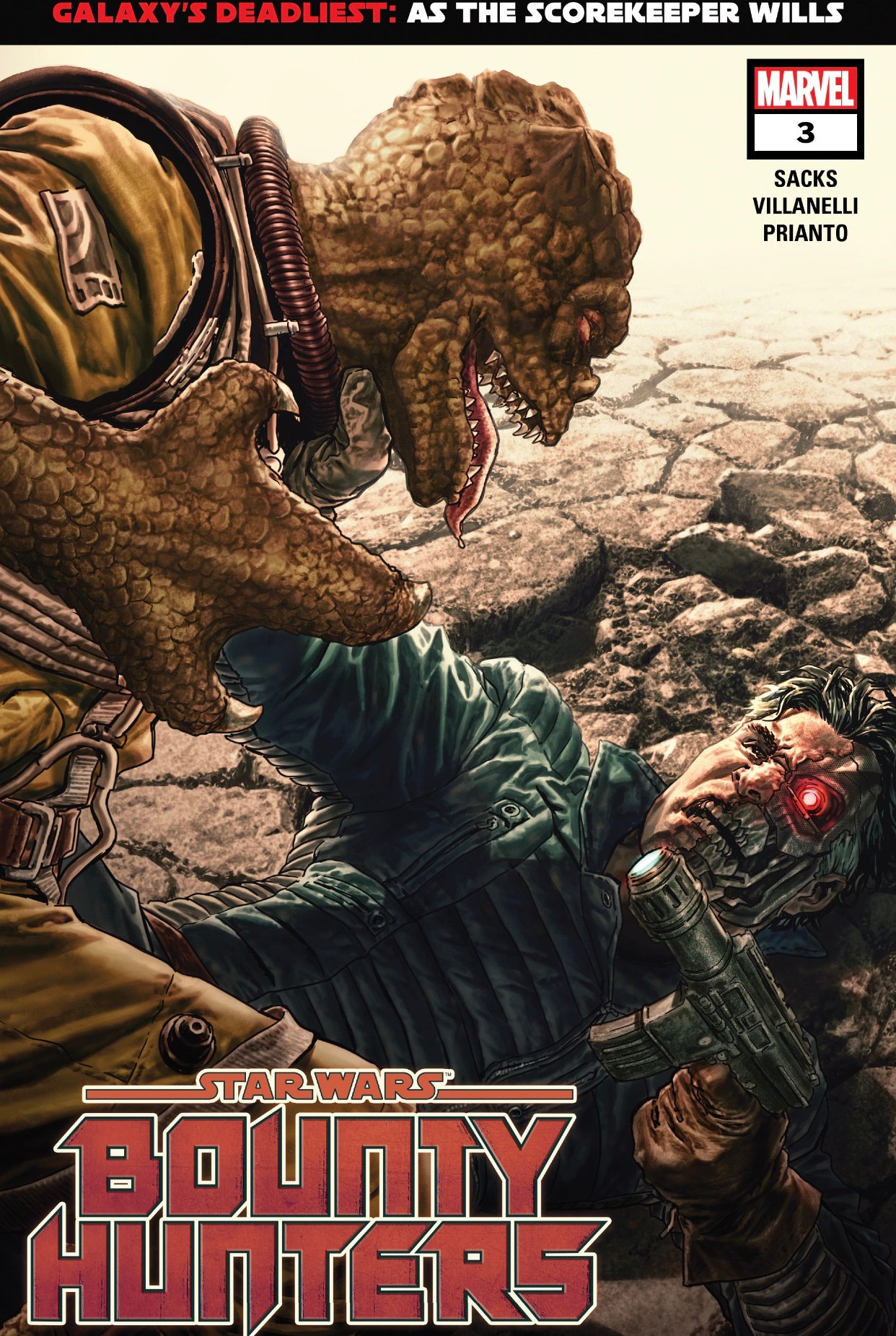 The chase continues in pursuit of notorious bounty hunter Nakano Lash. Beilert Valance is close when Bossk decides now is the time for a rematch. The past is catching up with Valance and defeating Bossk is the only way he’s moving forward. Meanwhile, every bounty hunter in the system has their eyes on Lash, how long can she stay hidden?

This mini-series hasn’t really found its feet and this issue is much of the same. While the artwork is nice the story itself ranges from confusing to not particularly compelling while the dialogue also feels both stunted and a bit over the top at times. Like I’ve said before, if you love bounty hunters or want an old school ’90s’ style comic, this one will do fine but you’d be excused if you decided to give it a miss. Full review with spoilers here.