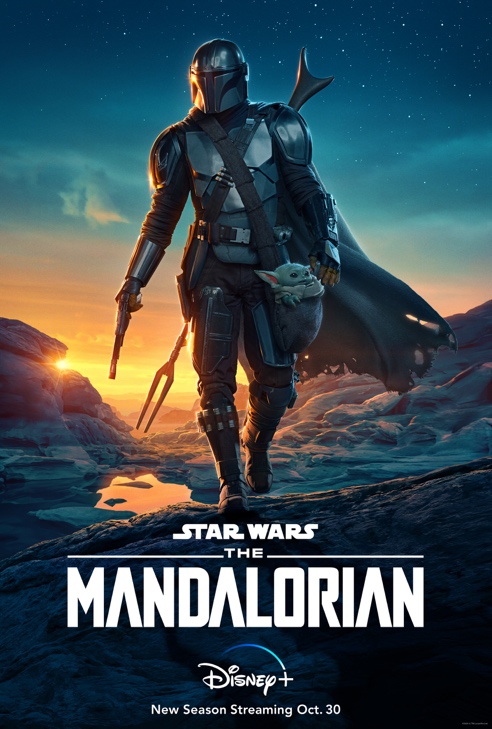 This is the way! Shortly after it was confirmed that the Disney+ series will be returning starting on October 30, 2020, the highly-anticipated trailer for Star Wars: The Mandalorian‘s new season has arrived.

The wait for the return of the critically-acclaimed Disney+ hit series is almost over, and now there’s some exciting new footage showcasing the return of the bounty hunter and his little green friend. Following Din Djarin’s rescue of the Child and evasion of Moff Gideon last season, the Mandalorian appears to have a new mission: find the sorcerers known as Jedi, to train and look after the child.

Djarin and the child face new dangers from the criminal underworld and the remnants of the Galactic Empire alike. This thrilling new trailer manages to sell the greater scope of the first live-action Star Wars television series and showcase familiar faces from the first season. Mirroring the first season’s trailer, nothing is given away, we’re left with more questions than answers, and the suspense is killing us!