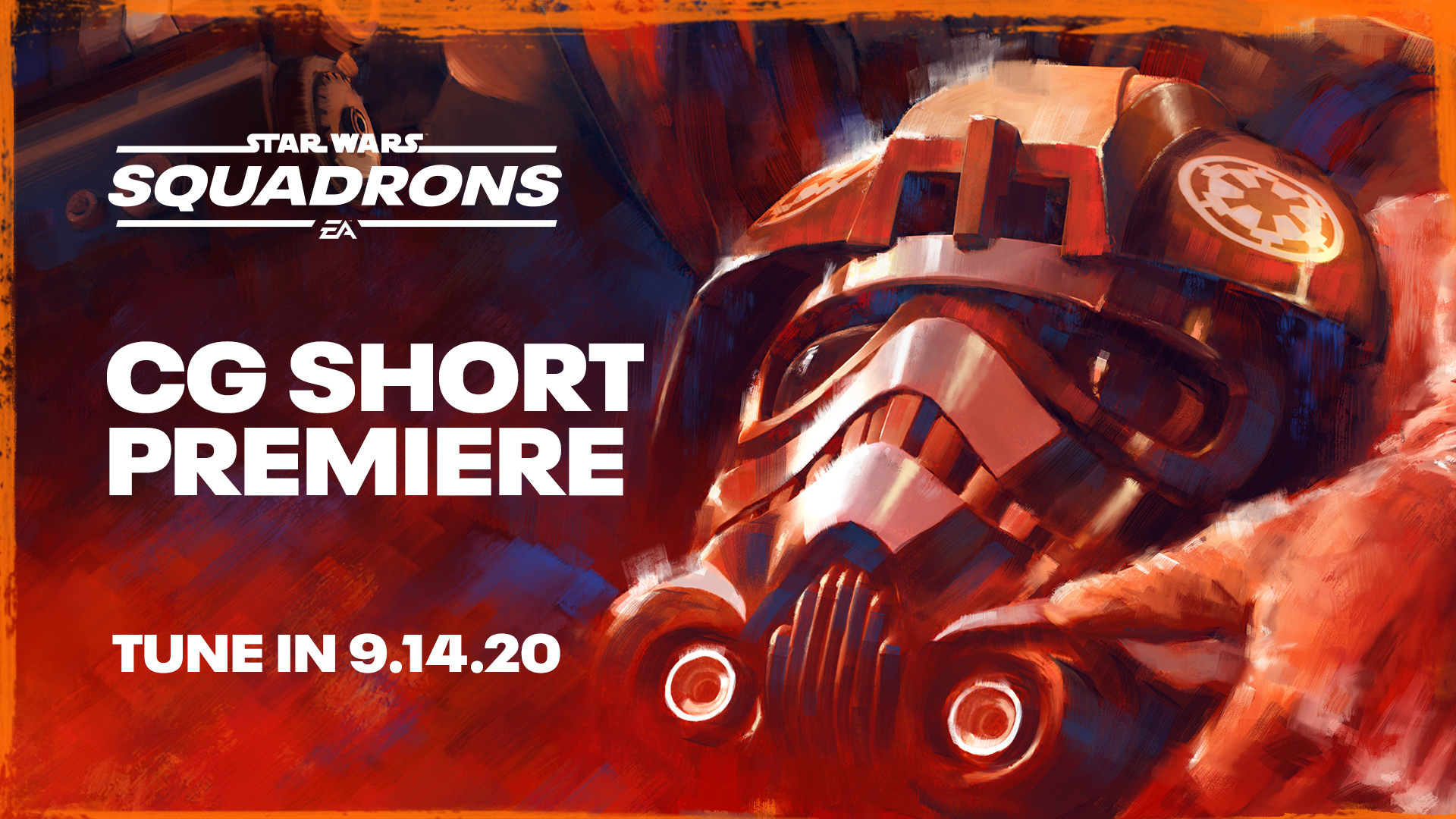 In the lead up to the release of the game on October 2, Star Wars: Squadrons is releasing an ‘original, standalone, CG short’ on Monday at 8am Pacific Time. The short will be a chance for viewers to ‘meet one of the ace pilots you’ll fly alongside’.

The promo image for the short features an Imperial helmet, meaning it’s likely the pilot we’re going to meet is fighting for the Empire. The short is a collaboration between Motive Studio, Lucasfilm and ILM, which hopefully indicates a high level of quality.

Join us Monday at 8:00 AM Pacific Time, to meet one of the ace pilots you’ll fly alongside in #StarWarsSquadrons in this original standalone CG short. https://t.co/oFgL3S20VK pic.twitter.com/Yn0rnXgmaP

Star Wars: Squadrons is the new space combat video game being developed by Motive Studios and published by EA. The game will feature a single player story mode, set after the defeat of the second Death Star on Return of the Jedi, and two multiplayer modes: Dogfighting and Fleet Battles.

The game is being released on Microsoft Windows, PS4 and Xbox One with a release date of October 2. For more information, the gameplay trailer, and to preorder see here.