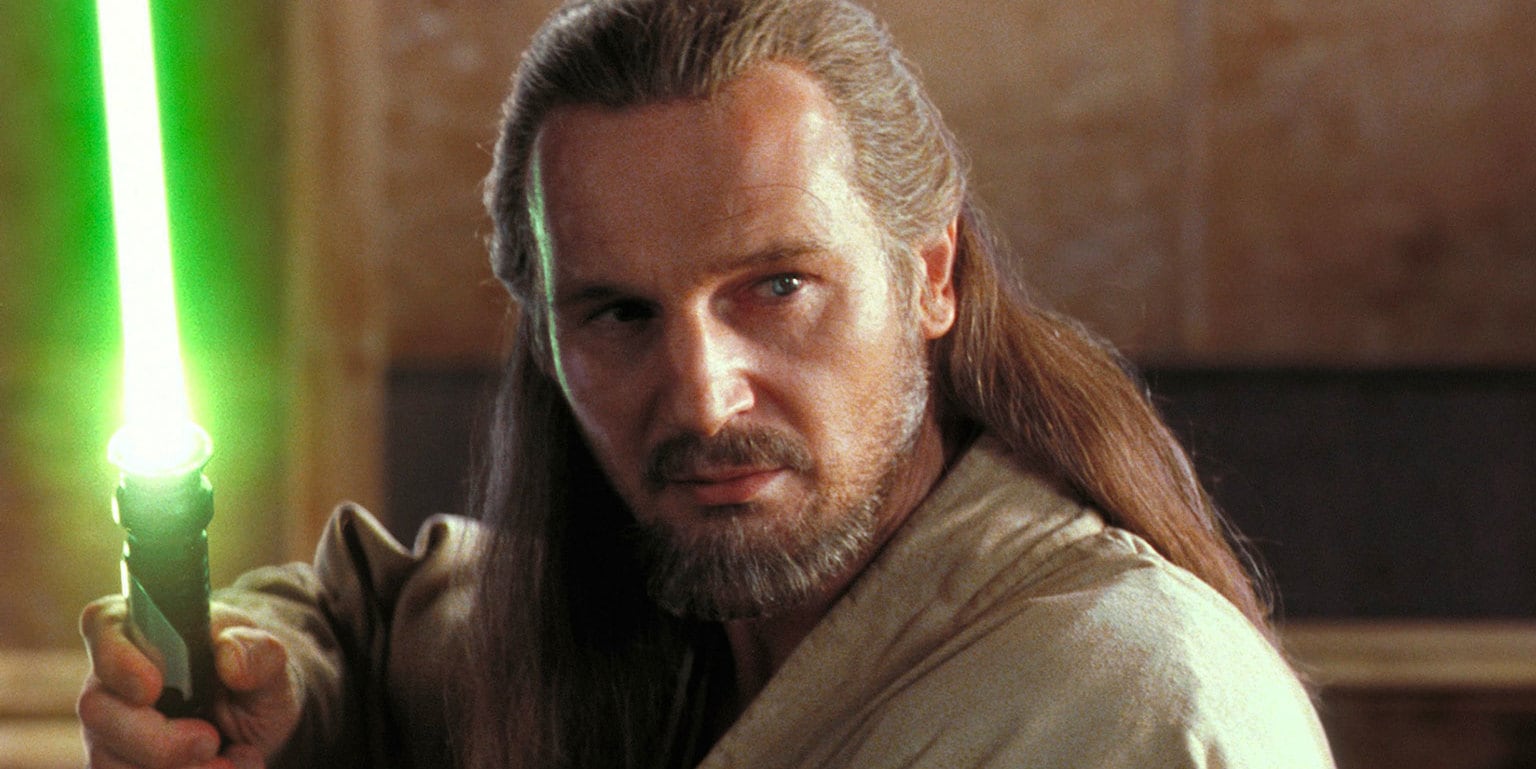 Prequel fans have something to celebrate. After years of being ridiculed and cast aside by many, the prequels have had their redemption over the last few years. Following that trend, some of the prequel actors are retroactively-vocally supporting them too. Add Liam Neeson, who of course played Jedi Master Qui-Gon Jinn, to that list.

In a recent interview with Andy Cohen on SiriusXM’s Radio Andy, the Irish actor talked about his experience with Star Wars: The Phantom Menace, which was the only movie in which he appeared (minus a cameo role in Star Wars: The Rise of Skywalker), and his fondness for that movie as well. Here’s what he said:

“I like the film. I proud of it and proud to have been a part of it. […] I got to be a Jedi. I got to play with those wonderful lightsabers and stuff. It was terrific, Andy, it really was.”

And that was not all, as Neeson went on to rave about his castmate Ahmed Best (Jar Jar Binks) who not too long ago revealed that he received so much backlash from his performance that he contemplated suicide. About Best, Neeson said:

“He came into a lot of criticism, I mean to the point where it really hurt his career. And I have to say when I was making that film […] he was probably one of the funniest guys and talented guys I have ever worked with.”

He also said that he remembered calling his agent at the time and telling him “I think I’ve just worked with the new Eddie Murphy. And I still believe that.” He added:

“I was told that Ahmed went to one of those big Star Wars conventions […] in the last couple of years, and the crowd went wild and gave him a standing ovation. Ahmed was crying his eyes out. It was a beautiful thing to hear.”

This is great news for prequel fans and the Star Wars fandom in general. I don’t like what we’ve become, with so much hate towards each other and other people’s work, and I also believe that some of the comments made by the stars of the sequel trilogy have done nothing but fuel those fires. So it’s great that one of the actors from one of the most hated movies in the franchise is speaking up and expressing his joy having worked on the film. I hope this is another step in the right direction of uniting Star Wars fans once again.

Listen to the full clip below:

May the Force be with us.