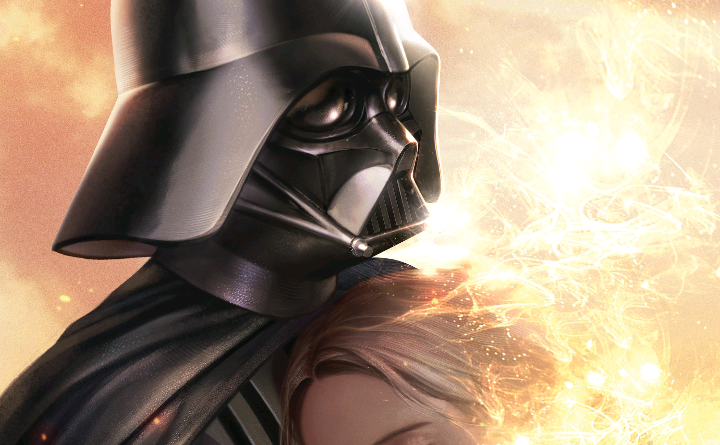 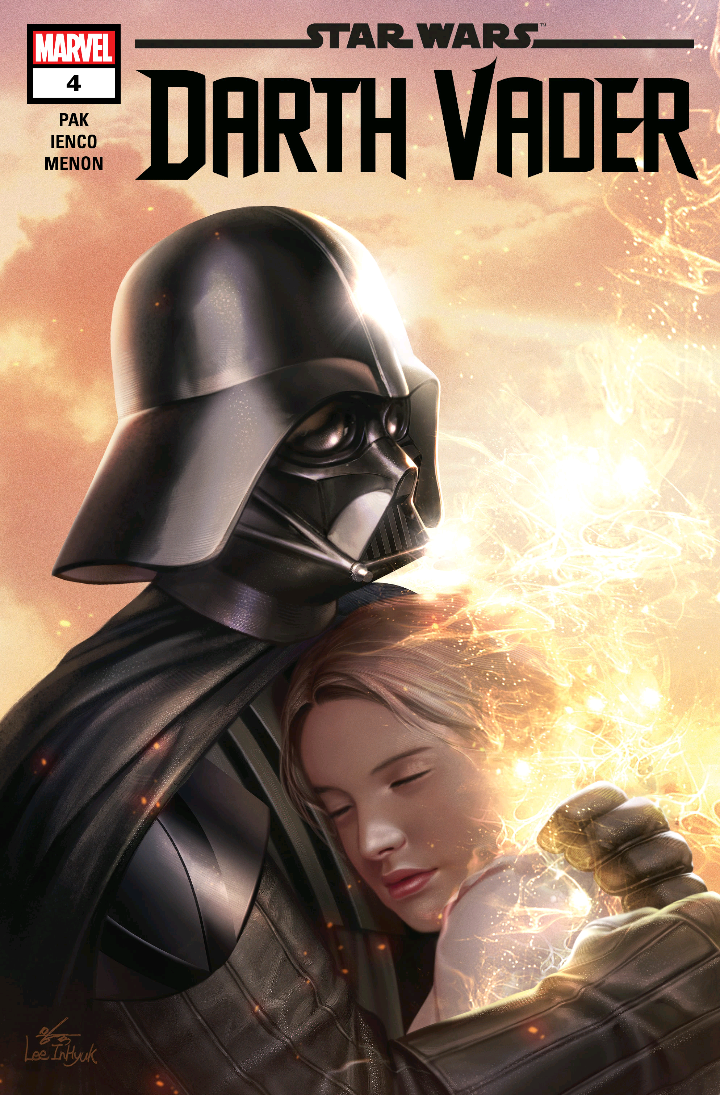 I admit that I’ve been feeling a little bit let down by a lot of the recent Star Wars content lately (looking at you Bounty Hunters), but after reading this week’s issue of Greg Pak’s Darth Vader series, I am reminded once again why I love Star Wars so much in the first place.

As a prequel era kid (I was almost twelve when The Phantom Menace came out), I have an appreciation for those movies that not all Star Wars fans share. Granted, nothing comes close to the original trilogy in terms of quality, even for a prequel kid like myself, but I still enjoy them, and I love it when media ties both trilogies together. 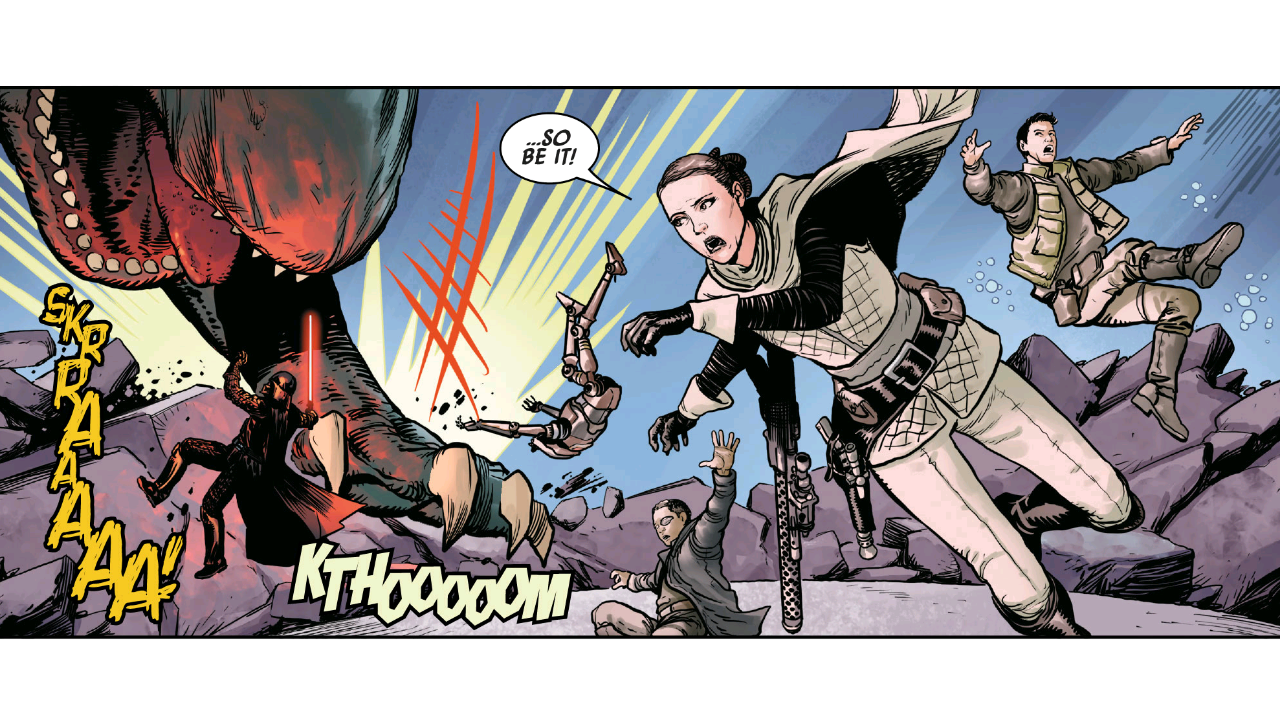 I love Luke Skywalker and the rest of the OT crew, but Darth Vader has always been my favorite Star Wars character, and growing up with the prequel films, I am totally on board with the notion that the main character of the Star Wars saga is indeed Anakin Skywalker, rather than Luke or any of the other beloved heroes from the original movies.

The way Pak is able to link Vader to his past in this comic resonates so well with me first as a reader and second as a fan of the prequels in general. Small, seemingly insignificant characters and moments from Anakin’s past find their way into this series in ways that both feel meaningful to the story and add context to Vader’s character arc post-The Empire Strikes Back. They have no idea that the monster standing before them is the Jedi whose loss they still mourn today, but Vader remembers them, and this makes his reaction to them all the more compelling. 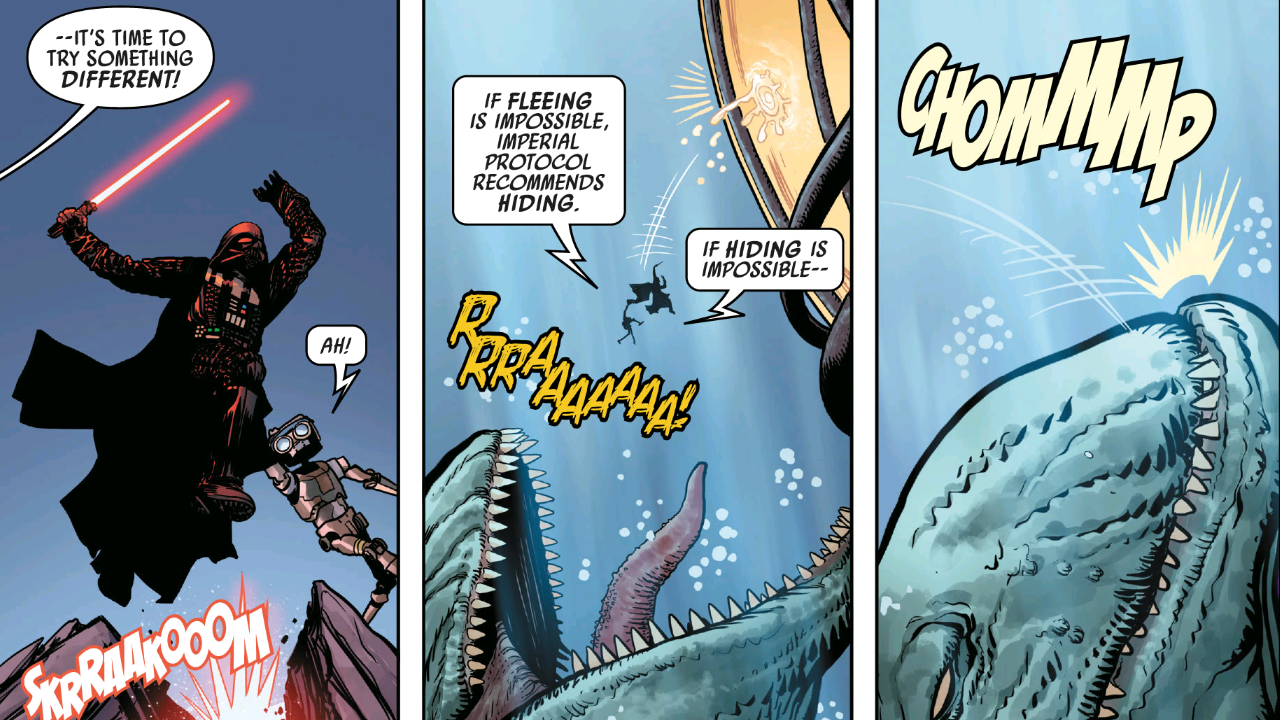 He is still very much in love with his wife, and it’s clear that his self-hatred and anger over her death is what drives him still. The recent revelation that his son was alive and then Luke’s subsequent rejection of him have only strengthened these feelings in Vader and rekindled the fires of romance and regret that still smolder in the heart of the man that was once Anakin Skywalker.

In the last issue, Vader was reunited with even more characters from his past, having already stumbled into Sabé (Padmé’s former handmaiden and decoy). It was revealed that there is a large group of Padmé’s old friends and colleagues that are still committed to discovering the truth of her demise. Suspecting foul play, it turns out that Vader himself is now their prime suspect.

Sabé, Tonra, and Typho had led the Sith lord into a trap, hoping that the giant Sando aqua monster, would finish him off for them. But as is often the case with Vader’s opponents, they severely underestimated the dark lord’s resolve. 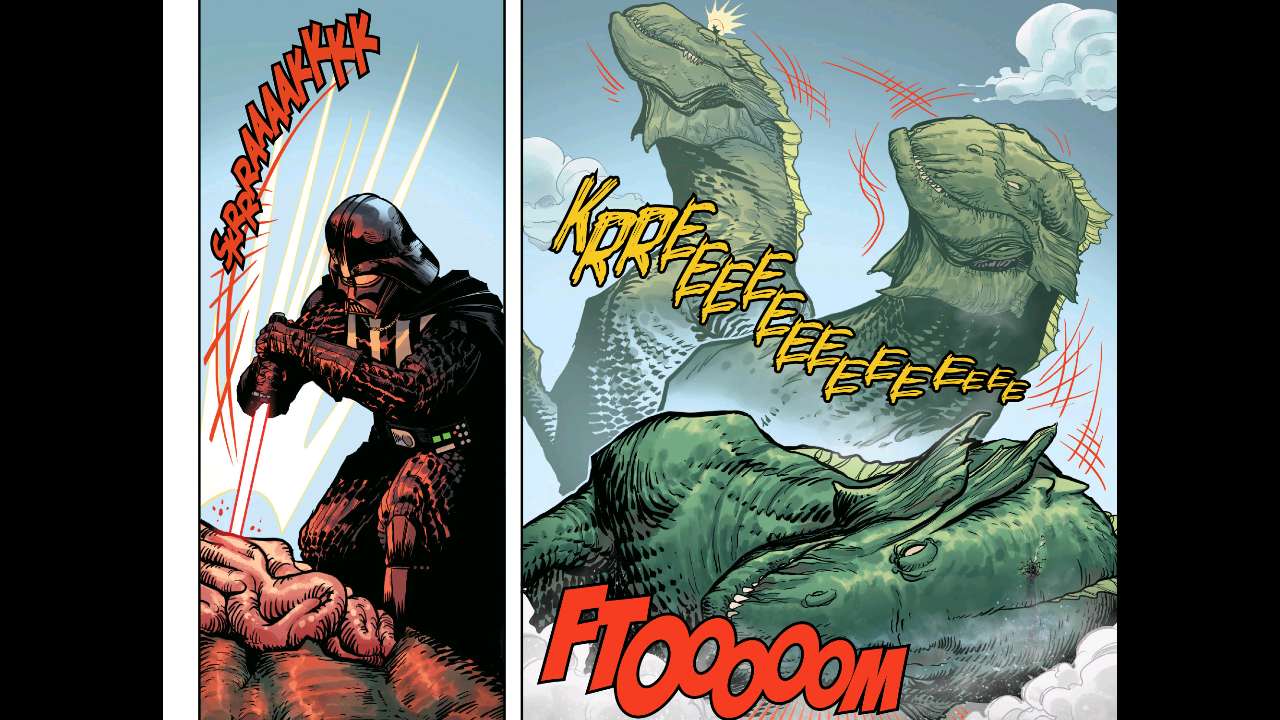 After escaping the three “Amidalans” as they call themselves, Vader proves that he is the bigger fish when he brings down the monster in typical Vader fashion (possibly even the same exact creature that Obi-Wan, Qui-Gon, and Jar Jar successfully evaded on their way through the planet core three decades before). He is then intercepted by even more members of their group, this time the party being led by the queen’s former pilot Ric Olié, yet another character from Anakin’s past. 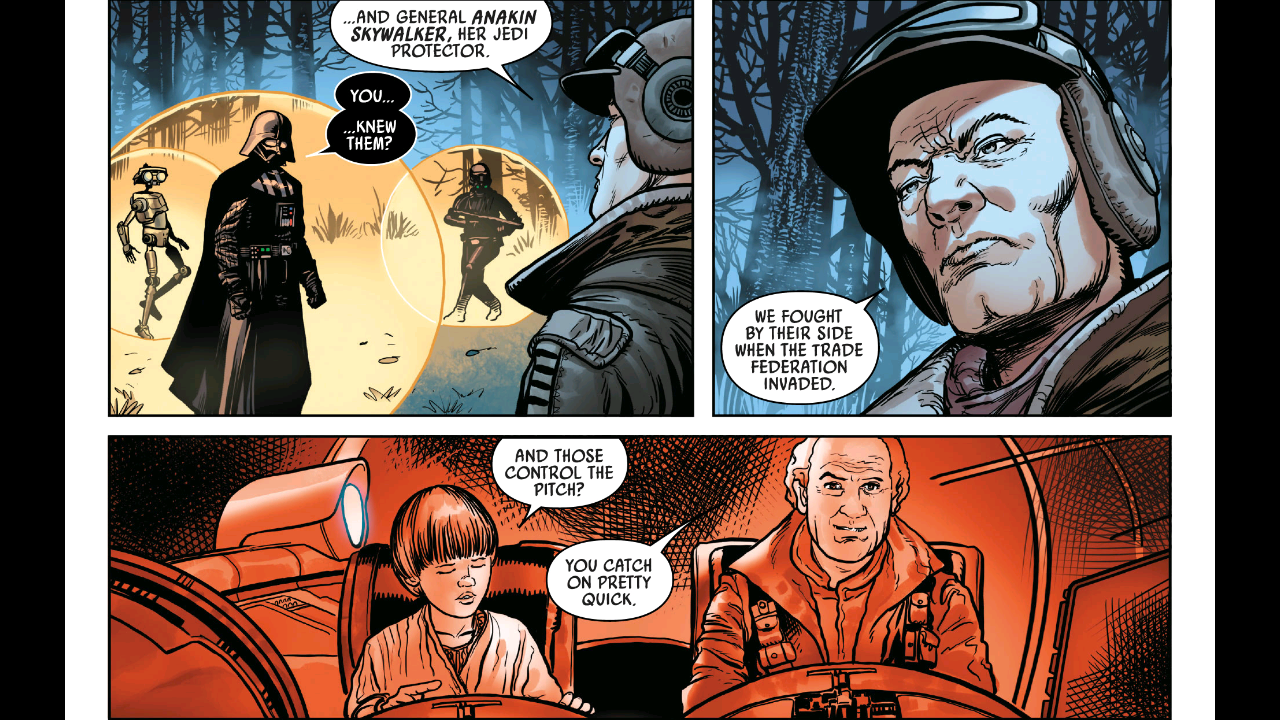 Ironically, the Amidalans’ loyalty to the memory of the late Jedi Anakin Skywalker is second only to that of their beloved queen and senator, a devotion that only fuels Vader’s rage against them.

After giving the lot of them a quick death, Vader makes his way to Padmé’s tomb, where he is once again apprehended by Sabé, this time joined by the rest of Padmé’s former handmaidens, who have apparently been doing some serious combat training in the last twenty years or so. 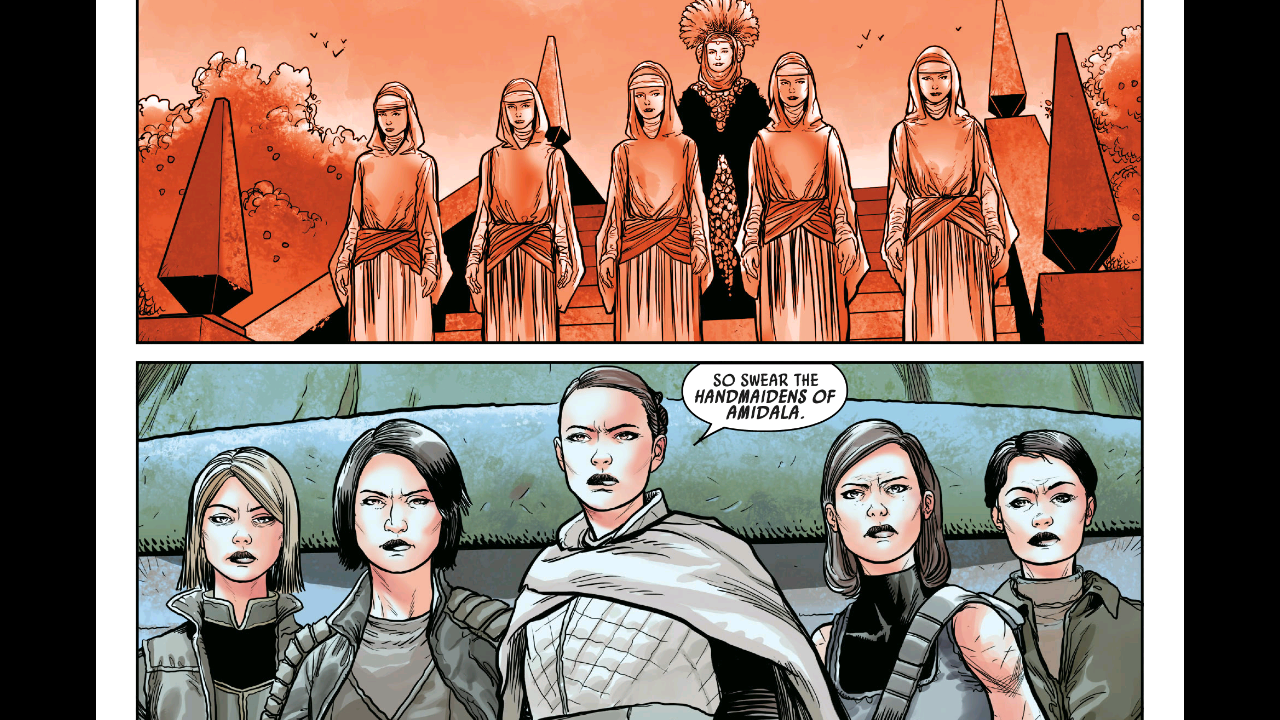 Nevertheless, they are no match for the Sith lord, and once he had had enough, he simply used the Force to choke them all simultaneously, before showing them the same mercy he had given Padmé on Mustafar. Despite his willingness to murder everyone else in his way, Vader still has a soft spot for his wife’s old friends and personal bodyguards.

Just outside of the tomb, Vader sees the japor snippet he had made for Padmé as a child encased as an everlasting monument to his devotion. In his mind, this devotion remained. His methods, though obviously flawed to the reader, are the justified means to the same end in his eyes. Just like the jewelry he had given her all those years ago for her to remember him by, the lives he had taken today were for her as well. It was all for her. 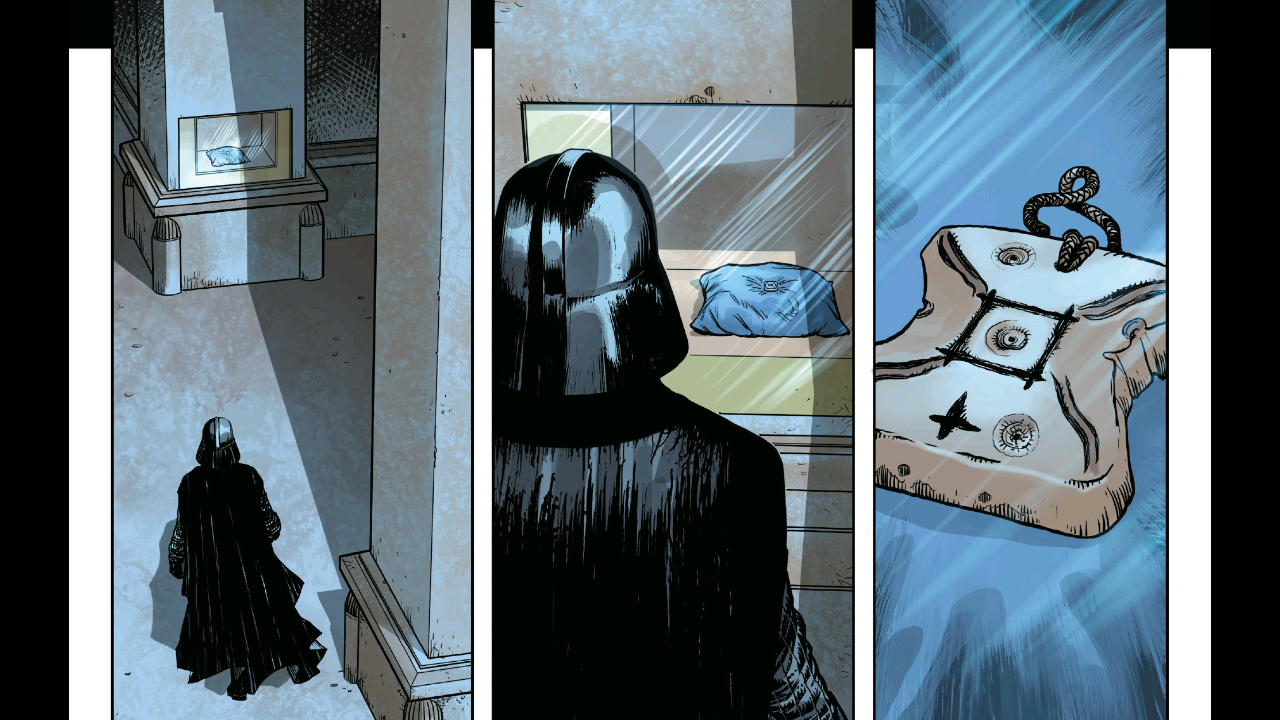 I am absolutely loving this current Vader storyline from Pak, and I can’t wait to see what Vader will find behind the doors of his wife’s tomb. How will Vader react when he sees his wife’s remains? Better yet, what will happen if he finds it empty?

I suspect that as this series continues, we will actually witness a softening of Vader, giving us the reverse of what we got in Charles Soule’s post-Revenge of the Sith arc. This would make sense in light of the series’ proximity to Return of the Jedi and his impending redemption. Whatever Vader finds behind those doors will most likely be the catalyst that drives him closer and closer to the light, and I’m here for it. 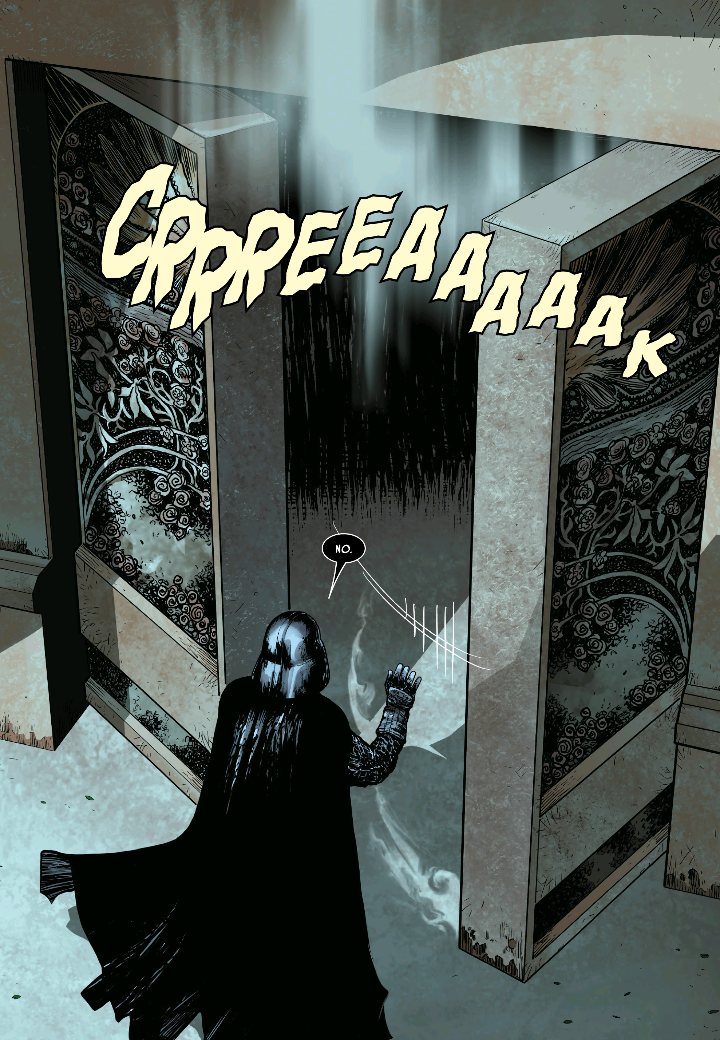 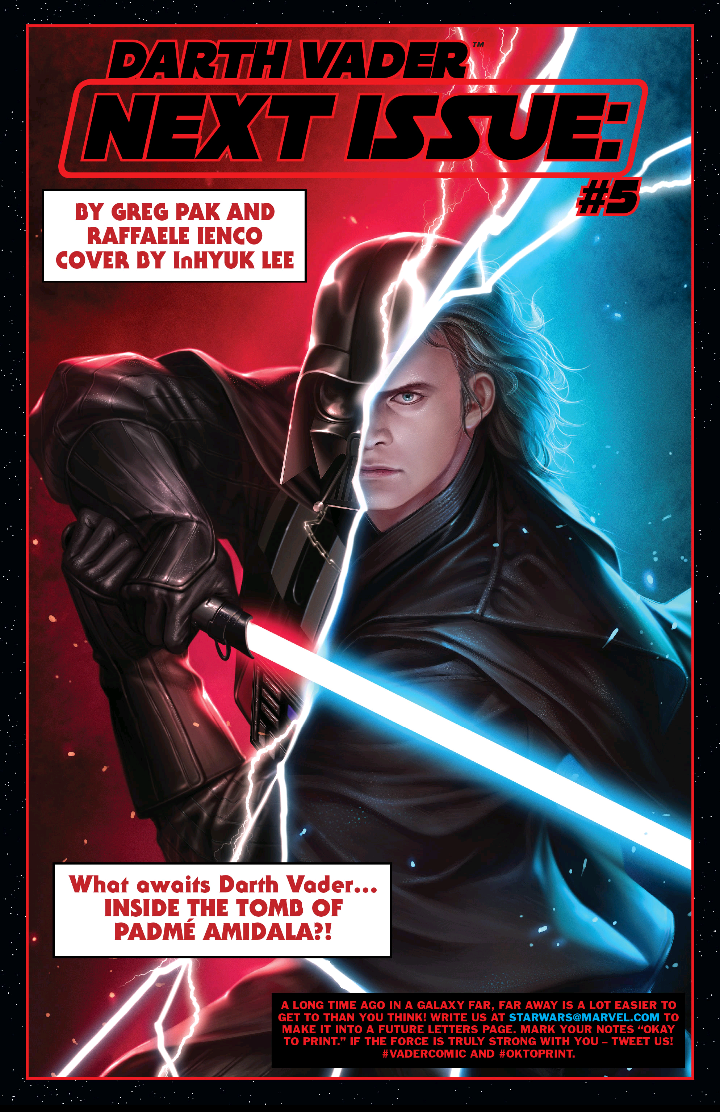 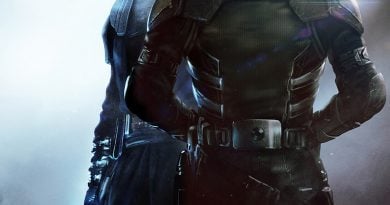 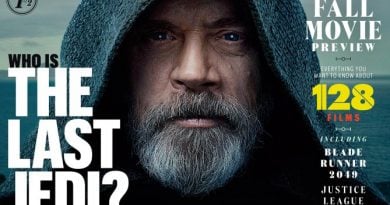 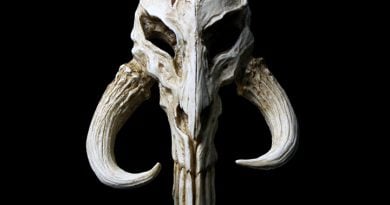