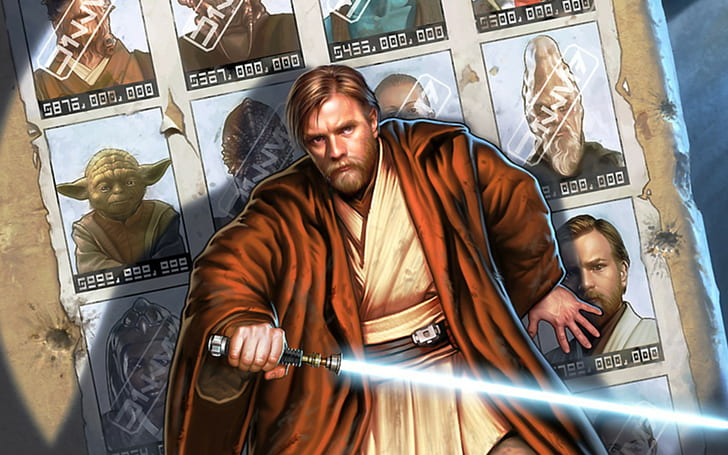 Last year, the Obi-Wan Kenobi-focused spin-off series had a clear creative team attached to it, but there was a creative shake-up prior to the intended start of production. Now, a new set of rumors indicate what the new story of the series is going to focus on.

Previous rumors about the narrative of the Obi-Wan Kenobi series was that it would be set primarily on Tatooine, with our hero looking out for a young Luke Skywalker as he has to adjust to a difficult life of keeping his head down under a cruel regime. There was some evidence suggesting that we’d go off-world, given that there was seemingly a casting call made available for eight-year-old versions of the Skywalker Twins, which would imply that we could go to Alderaan to see a young Leia Organa. While both may still appear, it seems that the new scripts for the series (done to ensure that it doesn’t feel too much like The Mandalorian) will focus on a different period of Obi-Wan’s life – or rather, two distinct periods.

According to the team at Kessel Run Transmissions, the show is going to go back and forth between the height of the Clone Wars and at some point near the start of the Dark Times following Order 66 and the formation of the Galactic Empire. For the former time period, Obi-Wan (Ewan McGregor) will run into the likes of Commander Cody (Temuera Morrison) and Anakin Skywalker (Hayden Christensen); all three characters will have the attire that they wear in The Clone Wars animated series. For the latter, it’s not clear if Cody will be appearing, but Darth Vader will. The main narrative of the flashback sequences, if there is one, is not known, but the main narrative of the present of the series will be feature the story element of the Empire hunting for Obi-Wan. (This part is just my speculation, but perhaps we’ll get an answer to what Darth Vader’s “Obi-Wan once thought as you did.” line from Return of the Jedi was about, since Revenge of the Sith made it clear that he thought that Anakin was beyond redemption. How the Empire learns of Obi-Wan’s presence remains to be seen, but it seems likely that the show will have to go off of Tatooine in order to justify this narrative.)

Aside from these new rumors on the Obi-Wan Kenobi series, they also verified a scoop that we broke regarding the second season of The Mandalorian, with regard to the appearance of Rosario Dawson’s take on Ahsoka Tano. We stated that her costume – or one of her costumes – in the show will have her wear a grey cloak similar in appearance to what was shown in the character’s final scene in Star Wars: The Clone Wars, and that she’d wield a blue lightsaber. They stated that this was true and that the character has reportedly translated incredibly well to the realm of live-action. The scene that they describe with her character – getting into a cantina skirmish with two bounty hunters – is something that they said was filmed with the show’s ad campaign in mind, and that it may not be featured in the show itself. The scene was also said to be filmed recently, and touching up the visual effects on it may be why a trailer for the second season has not yet arrived. You can watch their full video below:

The Mandalorian is set to run for multiple seasons, with a third already being written. For the time being, the Obi-Wan Kenobi show is going to be a one-off, with the operating phrase with the show being “limited series”. If the show gains enough popularity and the right creative team is assembled, then there could be more, but for the time being, this show will be something of an epilogue to Revenge of the Sith and a segue into A New Hope, as it was always meant to be.

Disney’s slate of live-action Star Wars shows includes The Mandalorian, the second season of which is set to release later this year, and two untitled limited series based around Rebel Alliance intelligence agent Cassian Andor (Diego Luna) and the Jedi Knight Obi-Wan Kenobi, both of which appear to be on track to arrive in 2021.