Season one of the show was shot at three stages at the backlot of Manhattan Beach Studios, and it used the now-famous Volume technology, which basically consists of a large wraparound LED screen, that acts as an extension of the set. This way, when the Mandalorian is walking on the desert, they have displayed a lot of sand on set, but the screen behind the set shows an even larger background with an enormous desert. 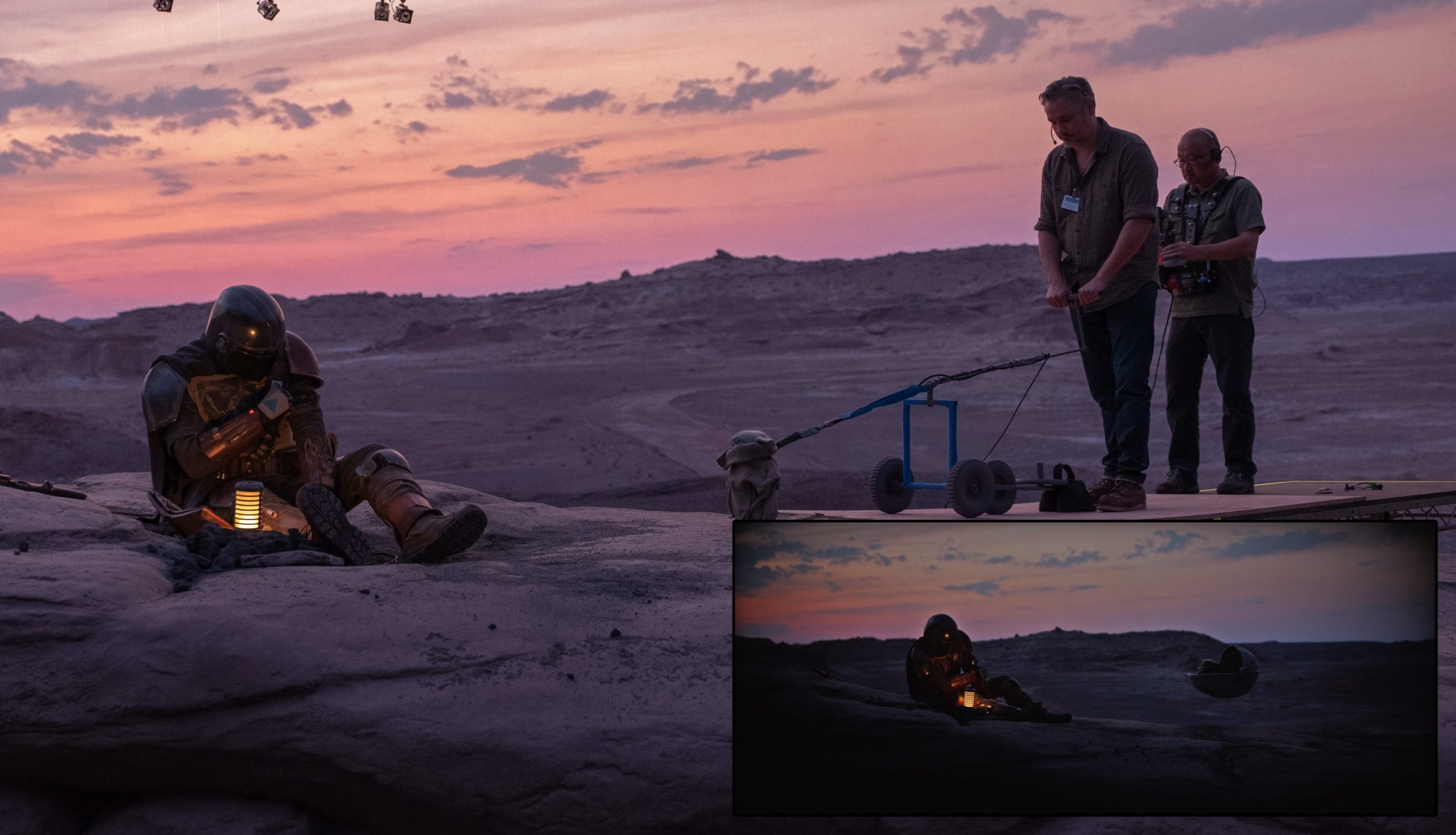 The key to this technology is that it uses a real-time gaming engine, so that the CG background displayed on the screen moves synchronized with the movement of the camera, so that it looks like it hasn’t moved in the final product. Bluff said:

Wherever the camera moved, the background on the LED screen moved accordingly

This means that all the backgrounds must be created before filming starts, and not on post-production, as it happens with any other film or TV show today. Bluff added:

[Before production started] you would often have Jon Favreau, [director/executive producer] Dave Filoni, the DPs, VFX and production designer with the headsets scouting virtual locations. We could decide in the environment where we believed the physical stage would exist. Once those choices were made, the additional work was done to help visualize the lighting. Once that was achieved, it was turned over to ILM to take it to a photoreal, finished level [for filming].

When it came to The Child, Bluff told The Hollywood Reporter that the initial plan was to have a CG version of the creature in the final product, but a puppet was created as a reference for the actors on set. However, in the end, most of the final shots used the puppet. Here’s what Bluff had to say:

We had two versions. One was animatronic and required up to five puppeteers if we had to move the eyes, head and arms.

The other version required less work, and it was created to be held in the background when that character was out of focus. There was also a third version, a CG version, created by ILM (Industrial Light & Magic), that would be used only when they needed it for the performance, and it would have to match the puppet. Bluff also recalls how the entire cast and crew were very surprised about how well Baby Yoda was received, even though they were all enamored of it before the show debuted.

One final VFX easter egg the show added is the use of miniatures for the spaceships, much like George Lucas did filming the original trilogy. If you are interested in how the show was created from a technical and visual effects point of view, you might enjoy the behind-the-scenes documentary Disney Gallery: The Mandalorian, which streams exclusively on Disney+. A good place to get started is watching the following video: