‘The Mandalorian’ Season 2 Has Katee Sackhoff Return as Bo-Katan 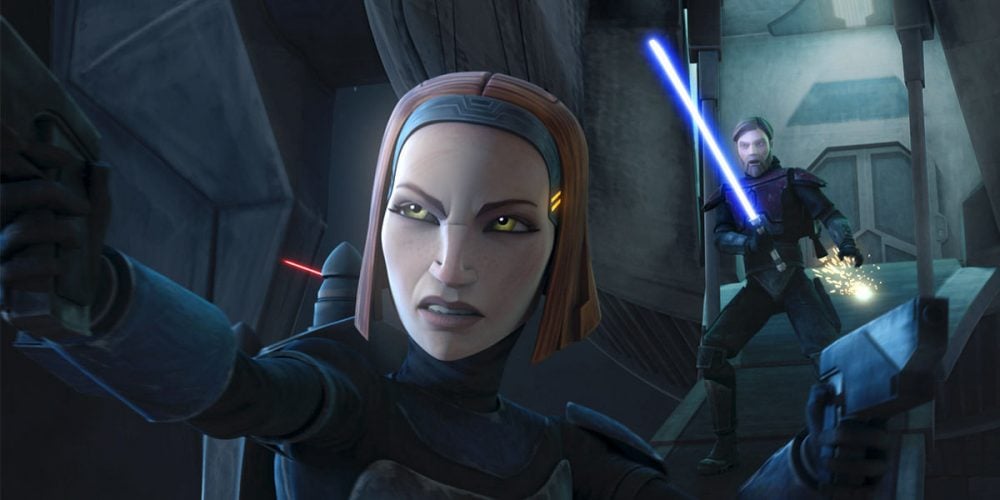 Continuing the stream of news regarding The Mandalorian’s season 2 cast, Slashfilm is reporting Katee Sackhoff is returning as the live-action Bo-Katan Kryze, the Mandalorian warrior seen in both The Clone Wars and Rebels TV shows, where she was voiced by Sackhoff.

Other than Star Wars, Sackhoff is known for her roles in Battlestar Galactica, 24 and The Flash. Sackhoff filmed her part in The Mandalorian back in February, before the pandemic restrictions, holding up recent news that the second season of the hit show won’t be delayed as many others have.

Bo-Katan first appeared in the fourth season of The Clone Wars (most recently appearing in its final season starting just a few weeks ago), and after appearing in Rebels, she became a symbol of Mandalorian unity. Interestingly enough, she is the last person seen with the Darksaber before it appears again in the hands of Moff Gideon in the final episode of The Mandalorian’s first season.

“Or perhaps the decommissioned Mandalorian hunter, Din Djarin, has heard the songs of the Siege of Mandalore, when gunships outfitted with similar ordnance laid waste to fields of Mandalorian recruits in The Night of a Thousand Tears.”

Either Bo-Katan survived that battle and lost the saber or she will appear in flashbacks during the show, a technique used in the first season to showcase the Mandalorian’s past.

Whatever the case, Sackhoff is an exciting new addition to the ever-growing and impressive roster of people that will be appearing and directing the second season of the show, and the first character to make the jump from animation to live-action while retaining the same actor.