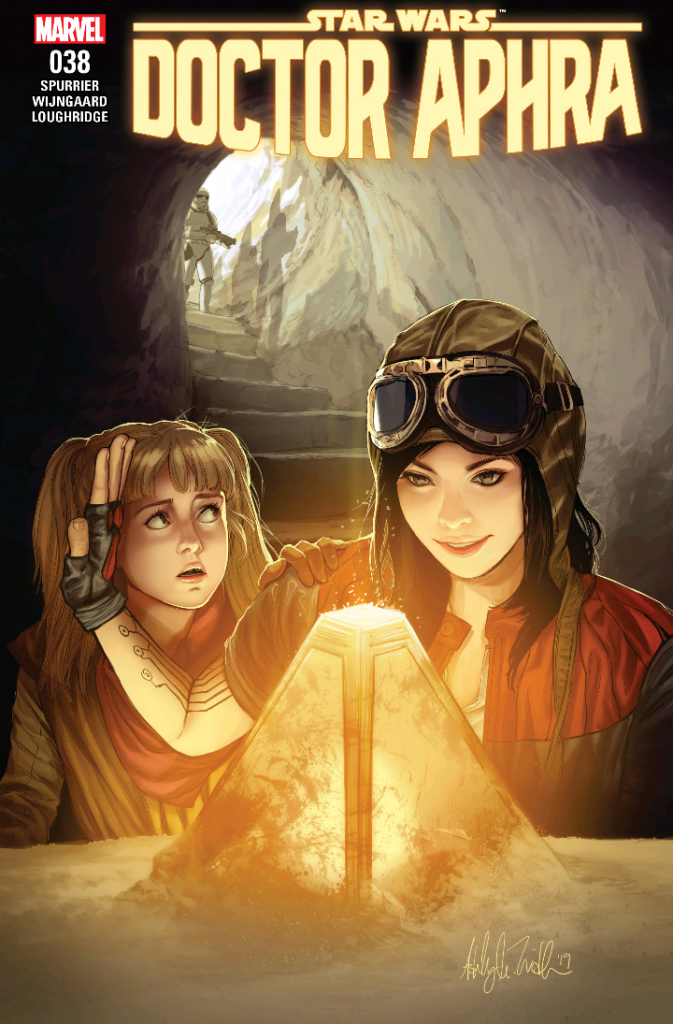 With only two issues left, Aphra may be back working for Vader, he may have her dad captured as well, and her former torture droids now work for him, but it will turn around….right? The father and daughter duo head to a former rebel hideout, led by Darth Vader and chaperoned by torture droids Triple-Zero and Beetee. The Old Jedi-Temple shows the Lord of the Sith people from his past. Meanwhile, the Aphras have to work out a way for Vader not to dispense of them as soon as he sees fit.

The issue does a lot towards wrapping up this final arc of the series including hinting that the rebels have gone to Hoth, giving Aphra some closure with her father, as it did with her mother in the last few issues and, putting both the Doctor’s former lover/rebel Tolvan and sidekick Vulaada in position for final confrontations with the ever evasive Archeologist.

This is a fine addition to the series but will be all the sweeter if writer Simon Spurrier can stick the landing over the next two issues and finish this forty-issue series on a high. Full review with spoilers here.