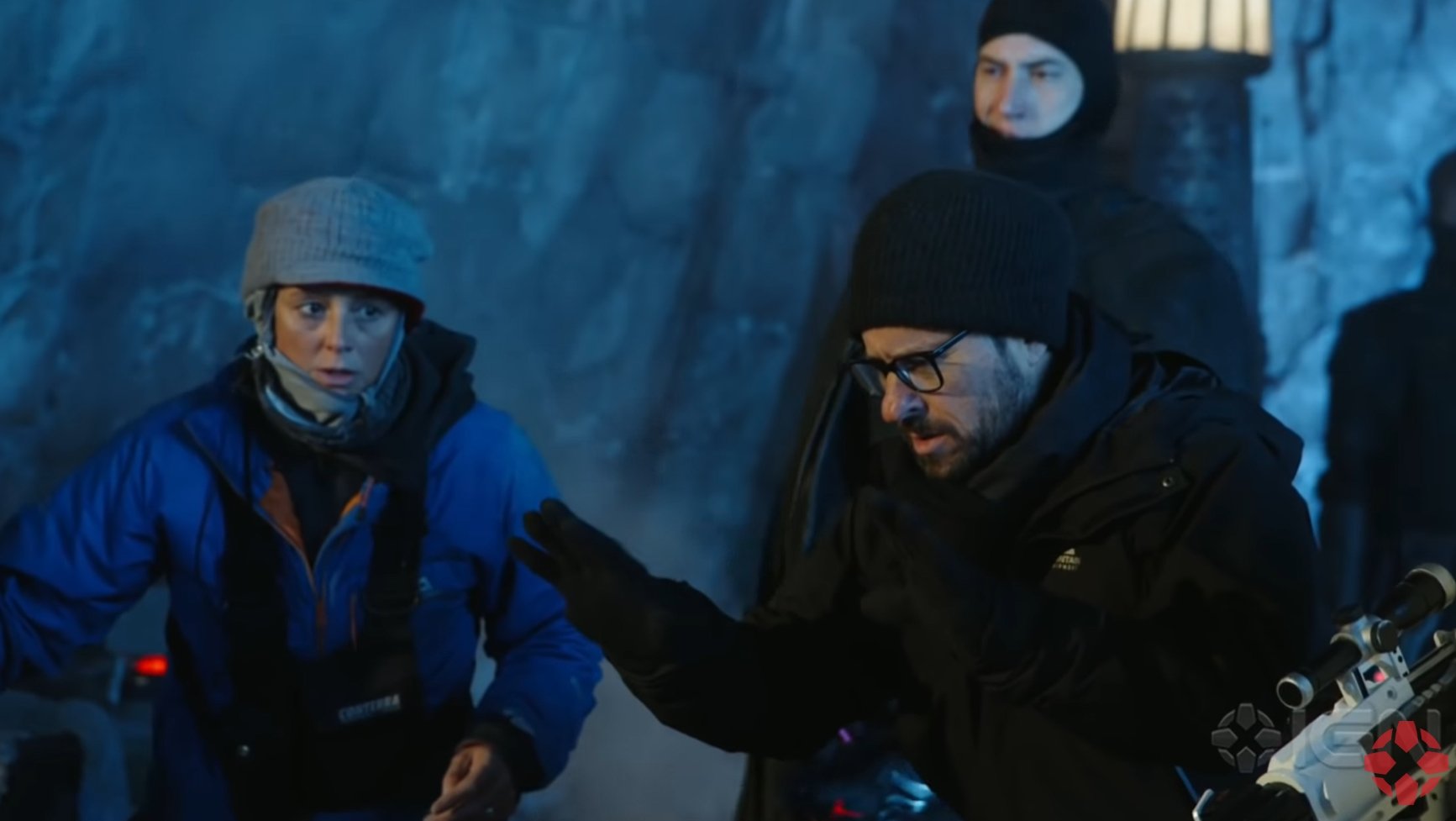 Star Wars: The Rise of Skywalker‘s home video package will include a behind-the-scenes documentary showcasing how the final chapter in the Skywalker saga was made. The digital release comes out in less than a week but some behind-the-scenes clips are already arriving courtesy of varying media outlets, including a clip of Adam Driver talking about stunts and one featuring Domhnall Gleeson bloopers.

The first video comes via IGN which features Adam Driver and stunt coordinator Eunice Huthart debating Kylo Ren’s movements and body language, with Adam Driver insisting on doing his own stunts due to his protection over how the character is portrayed. Driver goes on to praise Huthart for her approach to stunts, which is always “character first” over spectacle, something that appears to be rare in a high-spectacle driven blockbuster age of filmmaking.

In a change of tone from Driver’s seriousness, we get a look at Domhnall Gleeson bloopers as he goes through varying takes delivering General Hux lines during the spy reveal scene and Hux’s final moments attempting to (unsuccessfully) fool General Pryde. This video came out of USA Today.

Gizmodo also has a video, their clip has the visual effects team explaining the creation of the scene with the arrival of the fleet Lando and Chewie rallied to help the Resistance take down the Final Order. That video can be viewed on their website.

All of the clips shown will be a part of the bonus features included with the home release of The Rise of Skywalker, which will be available on digital March 17, and on 4K/Blu-ray March 31.